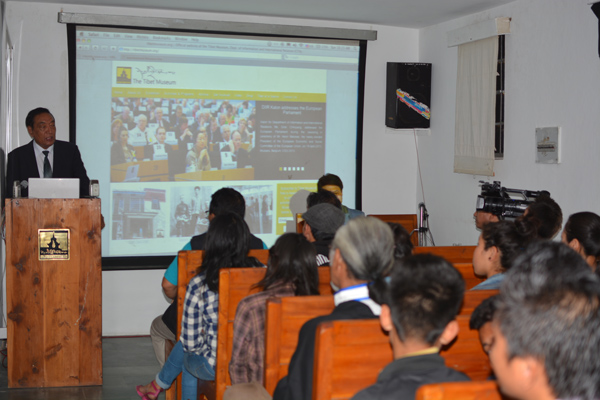 Kalon Pema Chhinjor speaking during the celebration of international museum day at Tibet Museum in Dharamshala, India, on 18 May 2014/DIIR Photo

DHARAMSHALA: In its efforts to reach out to a wider audience, the Tibet Museum in Dharamshala today joined the 37th International Museum Day being celebrated by over 35,000 museums in 120 countries under the theme: “Museum collections make connections”. A new website of the museum, www.tibetmuseum.org, was launched on the occasion.

Kalon Pema Chhinjor of the Department of Religion and Culture graced the occasion.  He praised the Tibet Museum for its collection of photos documenting the detailed story of Tibet’s history and the Tibetan people’s plight and non-violent struggle for freedom and justice.

“It is a very opportune time for the Tibet Museum to reach out to wider audience by joining the international museum day”, he said, adding, “it will raise greater awareness and clear understanding of the history, culture and the suffering of Tibetans under the China’s repressive rule.”

He said the media has the responsibility and plays a vital role in disseminating information on Tibet issue truthfully and objectively.

Speaking on the occasion, Mr Tashi Phuntsok, Secretary for Information & International Relations, said the since its inception in 1998, Tibet Museum has become a repository of information which tells the story of Tibet’s history, culture, religion and the plight of Tibetans under the Chinese rule. Its collections have been collated in an institutionalised and scientific way. It engages the international community in issue of Tibet, connect the younger generation of Tibetans to their roots, and sustain our struggle for freedom and justice.”

The director of the Tibet Museum, Mr Tashi Phuntsok, said over 50,000 people visit the museum every year. “The new website of the museum would help people who can’t visit Dharamshala to learn and understand the issue of Tibet. Its collections of photos and documents would also facilitate the Tibetan communities across the world to organise photo exhibitions in their locality.”

Special programmes being organised at the Tibet Museum on the occasion include guided tours of the exhibition “A Long Look Homeward”, Talks by former Tibetan political prisoners, live demonstration of thangka (scroll) painting and showcase of costumes of the three traditional provinces of Tibet. Schoolchildren from TCV Suja and TCV Chauntara, Sambhota school Chauntara, Mewoen Peton school, and Indian government school participated in the event.

“The people have responded enthusiastically to this event. We have witnessed highest number of people (over 1,400) visiting the museum in a single day till date,” Tashi Phuntsok told Tibet.Net. 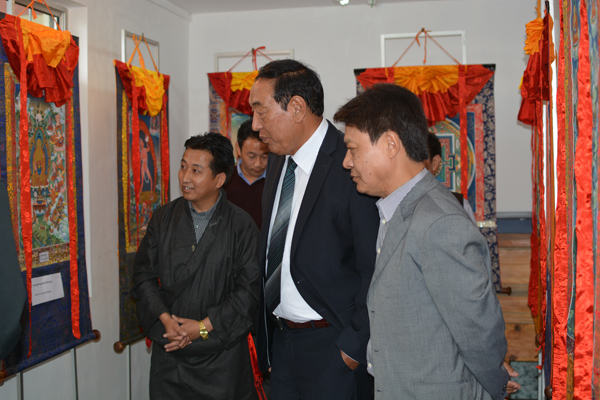 Kalon Pema Chhinjor (c) and DIIR Secretary Tashi Phuntsok look at collections of traditional paintings during the celebration of the International Museum Day at Tibet Museum in Dharamshala, India, on 18 May 2014/DIIR Photo 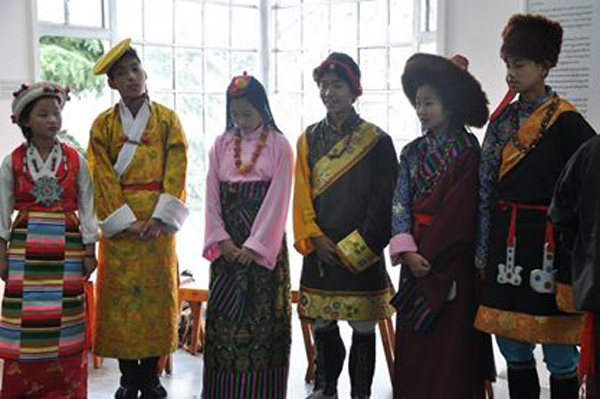 Tibetan schoolchildren showcase Tibet’s traditional dresses during the celebration of international museum day at Tibet Museum in Dharamshala, India, on 18 May 2014/DIIR Photo 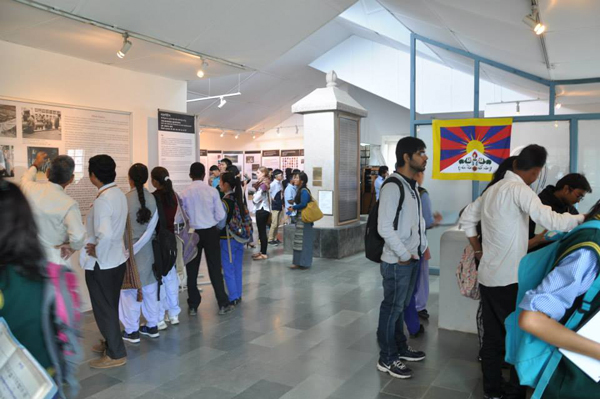 Visitors during the celebration of international museum day at Tibet Museum in Dharamshala, India, on 18 May 2014/DIIR Photo