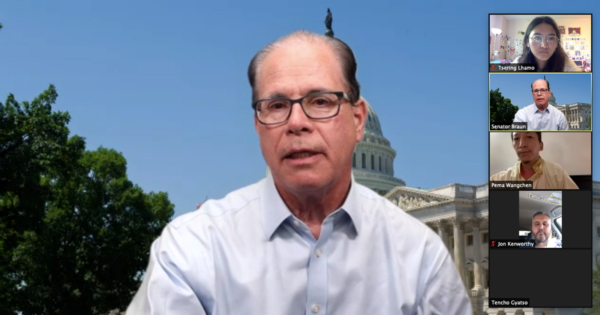 By International Campaign for Tibet.

Tibet Lobby Day 2021 was a cross-country event this week, as participants all over the United States met virtually with their Congressional offices to build crucial support for Tibet.

Tibetan Americans and other supporters of Tibet from more than 20 states took part in the Lobby Day on Sept. 28 and 29, holding more than 75 meetings with members of Congress or their staff.

The participants updated Congressional leaders on the situation in Tibet—which is now tied with Syria as the least-free country on Earth, thanks to the Chinese government’s decades-long occupation—and urged them to take action to help the Tibetan people.

“We are delighted by the success of this year’s Tibet Lobby Day,” said Tencho Gyatso, interim vice president of the International Campaign for Tibet, which organized the event.

“Tibet has long received tremendous, bipartisan support from the US Congress, and at this critical time of rising human rights violations, environmental challenges and global competition from China, it’s vital to keep that support going strong. We thank all of the Congress members and staff who met with the participants, as well as all of the Tibet Lobby Day participants who made this an impactful and important event.” Click here to read more.