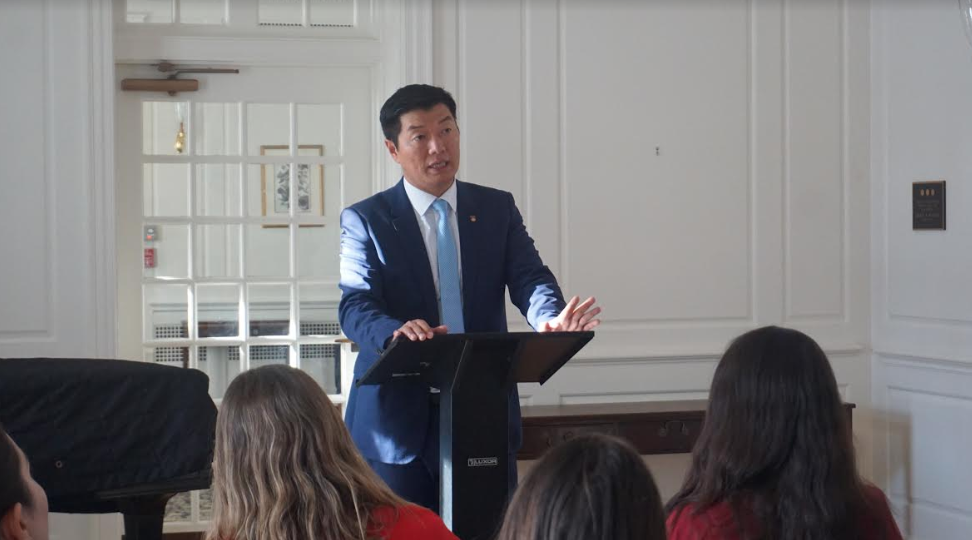 President Dr Lobsang Sangay speaks on the issue of Tibet at the Pierson College of Yale on the invitation of the Yale Political Union, 14 February 2019.

Connecticut: The President of the Central Tibetan Administration, Dr Lobsang Sangay, who is on an official visit to the United State, addressed on the issue of Tibet at the Pierson College of Yale upon the invitation of the Yale Political Union yesterday.

Asia being home to more than half of the world’s population in which many countries depend on the glaciers as their primary water source, Dr Sangay stated that Tibet should matter as the third pole of the world, as the largest reservoir of ice water after the two poles and as the source of fresh water for the 1.5 billion people living in Asia.

Presenting Tibet issue through an environmental lens, Dr Sangay cautioned about growing water crisis in Asia with it the issue of water security. He further highlighted the fact China is in control of the water tower of Asia and that it is not a signatory to the UN Water Convention. Global warming, which already has an adverse effect on the glacier of Tibet, Dr Sangay added that rampant unsustainable mining disregarding the ecology and local people in Tibet has only added to the depleting glaciers of Tibet.

The address at the Ivy League also focused on the geopolitical significance of Tibet, an independent nation in the past, a fact which Dr Sangay attested with the Sino-Tibetan Treaty of 821 A.D. the text of which can still be found on the stone pillar erected in front of the Jokhang Temple in Lhasa. Dr Sangay further emphasized the geopolitical significance of an Independent Tibet, which he said acted as buffer zone between the two Asian giants, India and China.

Referring to the ongoing Tibetan language persecution in Tibet, Dr Sangay shared the importance of Tibetan language as the only repository of the 300 volumes of translation of Lord Buddha’s teachings and commentaries. Dr Sangay spoke of the human rights violation in Tibet and he further added that such persecution has led to the self-immolation of 153 Tibetans. “Given this reality, it becomes our responsibility to create awareness about Tibet,” he said.

Dr Sangay also interacted with the audience through a Q&A session after the address. Earlier that day, Dr Sangay also spoke at the Rhode Island University on the “Non-Violent Struggle of the Tibetan People, Lessons for the world.” 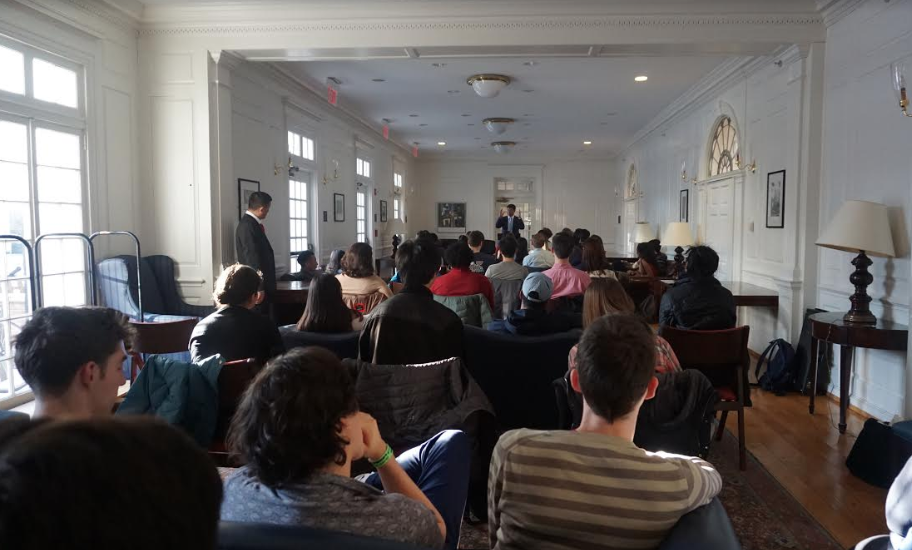 President Dr Lobsang Sangay speaks on the issue of Tibet at the Pierson College of Yale, 14 February 2019.