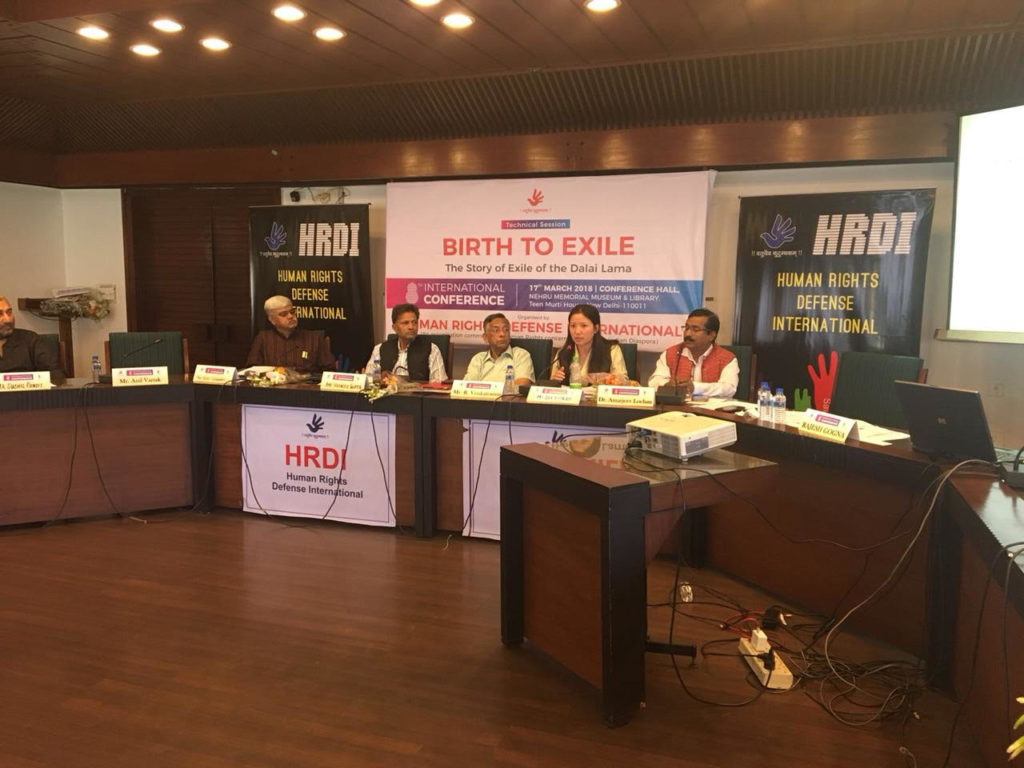 UN and Human Rights Officer Dukthen Kyi addressed the audience and talked about the human rights violations in Tibet.

New Delhi: The 8th international conference of Human Rights Defense International, organized a special session on Tibet titled “Birth to Exile: The Story of Exile of the Dalai Lama”. The conference was organised on March 17,  the His Holiness the Dalai Lama left his homeland Tibet sixty years ago.

The session revisited His Holiness’s journey and the current human rights situation in Tibet. The UN and Human Rights Officer of the Department of Information and International Relations’ (DIIR),  Dukthen Kyi spoke about the significance of remembering the day and presented on the human rights situation in Tibet under the Chinese rule that have forced ten thousands of Tibetans to leave their family and home behind and come into exile. Dukthen Kyi highlighted on some of the critical human rights issues including Tibetan self-immolations that have risen to 152; the case of Tashi Wangchuk, a language rights advocate who continues to remains arbitrarily detained since January 2016; the demolition of Larung Gar and Yachen Gar, other discriminative state policies on the Tibetan people in Tibet.

A short video produced by DIIR titled “Five Pressing Human Rights Violations in Tibet: A Year in Review, 2017” was also screened at the session.  Along with Dukthen Kyi, on the panel was Ambassador Virendra Gupta served as an Indian Diplomat for 38 Years, including a posting at Indian Mission to UN in New York. He also established Indian Embassy in Israel in 1992.

Ambassador Gupta commented on Indo-Tibet relationship and the Chinese government’s annexure of Tibet. “It is important [to note] that India has had historic relationship with Tibet and Tibetan people and despite that we have absolutely no hesitation to accept the Chinese action. We did not even protest. And that was a very wrong decision. We did so because we wanted good relationship with China. We were always consumed by this assumption that in the time to come both India and China will rise and provide leadership to the Asian continent,” lamented Ambassador Gupta.

Dr. Amarjeev Lochan, associate professor at University of Delhi moderated the session.  Around 40 people including some of the top lawyers of the Supreme Court of India, professors and law students, journalists and human rights advocates attended the conference. The conference was organized by the Human Rights Defense International at Nehru Memorial Museum and Library in New Delhi. 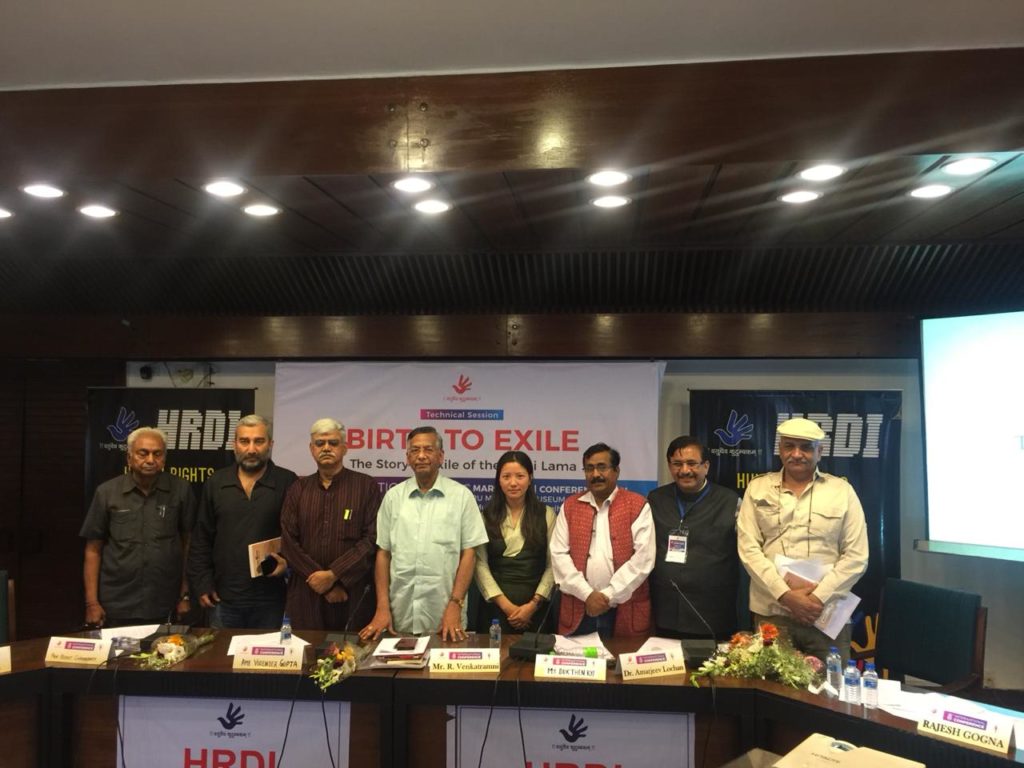 Group photo of the panelists at the discussion.