“There is certainly no doubt that I would live for over hundred years” : His Holiness the Dalai Lama at Tenshug, Dharamshala 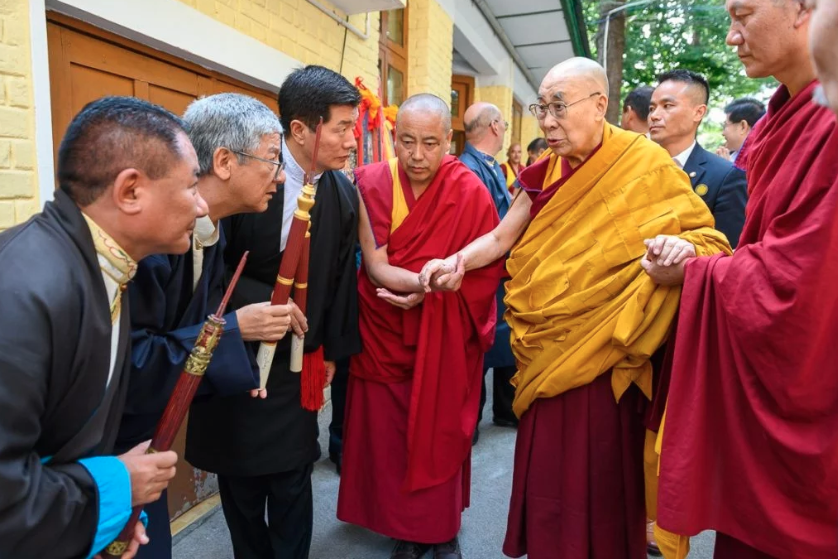 Dharamshala: Tibetans across the globe led by CTA once again expressed their unwavering faith and prayers for His Holiness the Dalai Lama’s long life and good health by offering Tenshug (life long prayers) at Tsuglagkhang, the main temple today.

This marks the second Tenshug offering of CTA, the first one offered during His Holiness’ teachings in Bodh Gaya in December last year.

Artists from TIPA performed opera dances while singing a serenade of welcome to His Holiness the Dalai Lama filling the courtyard with an echo of faith and conviction.

Expressing his earnest gratitude to the participants and organisers for the elaborate tenshug offering, His Holiness the Dalai Lama once again reaffirmed to live more than 100 years to serve humanity and especially for the benefit of Tibetan people and the cause.

Addressing the gathering, His Holiness recounted on the recent health issue which had caused widespread concerns among his followers and well-wishers who no sooner had they learned about  His Holiness’ health complication sent prayers and good wishes. His Holiness, therefore, thanked them once again.

Acquainting the gathering on the power of sincere prayer, His Holiness affirmed that the prayers offered for his long life and the blessings endowed on him are indeed sincere and therefore it is likely that those prayers will prove their benefits.

Speaking at the long life prayers co-organised by CTA and Tibetan people across the world, His Holiness admitted having done a considerable amount of service not only for the Tibetan cause and people but for the welfare of humanity at large through his recurrent teachings and talk on human love and compassion.

His Holiness then narrated one of the auspicious dreams he dreamt where he encountered Palden Lhamo, the protector of Lhamo-Lha-Tso (oracle lake in Tibet) who further predicted that His Holiness would live for 110 years.

“Even now when I am 84 years old, I am still very much healthy so I think there is certainly no doubt that I would live for 110 years. I only need to relax and have a quality time now” affirmed His Holiness the Dalai Lama.

This particular affirmation declared by His Holness the Dalai Lama is indeed the long-standing collective aspirations of six million Tibetans and their happiness knew no bounds on hearing the good news.

The Tenshug offering is also being observed for the pacification of all obstacles of this 84th year of His Holiness’ life, and for the fulfillment of his benevolent wishes. 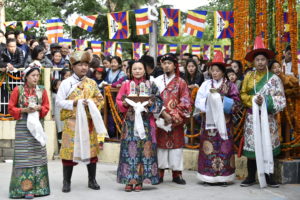 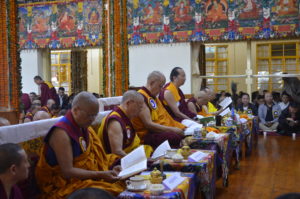 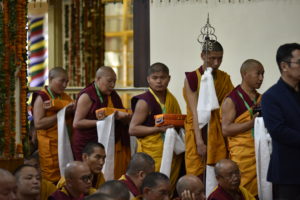 Monks from Namgyal, Gyutö and Kirti Monasteries presenting their offerings and prayers to His Holiness the Dalai Lama. Photo/Jamyang Tsering/CTA 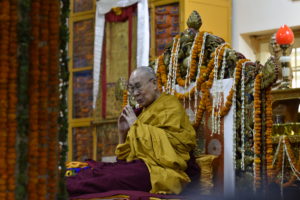 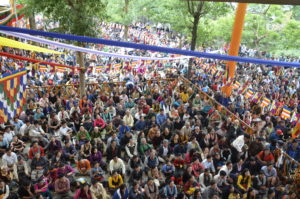 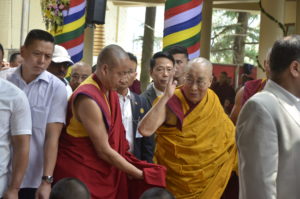 His Holiness the Dala Lama bidding adieu as he leaves for his residence aftre concluding Tenshug ceremony. Photo/Jamyang Tsering/CTA