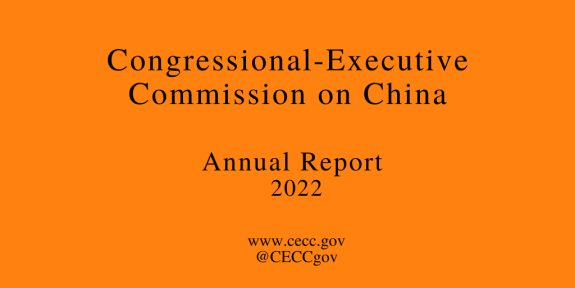 The report underscores the inadmissibility of China’s proposal to replace universal rights with a “Chinese view of human rights”, attempting to “puncture the narrative of Chinese human rights that Xi Jinping tries to sell to the world.”

According to the Commission’s report on Tibet, China continues to refuse to engage in formal dialogue with the representatives of His Holiness the Dalai Lama without preconditions since 2010, when the two sides held their last dialogue.

During the commission’s investigation, three Tibetans self-immolated, “bringing the total number of self-immolations in Tibetan areas since 2009 to 154, with 135 of them being fatal”. Among the cases reported by the Commission were those of Tsewang Norbu, a 25-year-old pop singer in Lhasa, Tashi Phuntsog (or Taphun), an 81-year-old man near Kirti Monastery Ngaba county, and Tsering Samdrub (or Tsering), who fatally set themselves ablaze in the early months of this year.

As evidenced in the Commission’s report on Tibetan religious freedoms, the People’s Republic of China continues to restrict Tibetans’ religious practices and to control them. As a result, Chinese authorities restricted access to Tibetan Buddhist religious institutions during major religious events or around politically sensitive anniversaries, and prohibited forms of religious worship in Tibetan areas. The PRC continued to assert control over the process of selection and recognition of Tibetan Buddhist reincarnated teachers, including His Holiness the Dalai Lama. Chinese legal provisions, speeches by China’s president Xi Jinping, as well as local religious regulations, such as “Measures on the Management of Reincarnation of Living Buddhas”, are incorporated into monastic curricula in order to establish Party control over religious institutes, said the report.

The report examined the extreme survival of Tibetan language under the guise of China’s constitution and provisions stating that Tibetans have the right to use and preserve their language. Among the measures undermining Tibetan linguistic rights are the establishment of colonial boarding schools, where Tibetan children as young as 4 and 5 years old are forced to learn subjects mostly in Mandarin Chinese. The report also mentioned that there has been a ban on informal language classes and supplemental Tibetan-language instruction at private Tibetan schools, and detaining Tibetan language defenders and teachers continues to occur in Tibet to undermine Tibetan language protection.

As far as the free flow of information is concerned, the Commission indicated that foreign journalists and diplomats continued to face heavy restrictions, as evident from reports from the US State Department that diplomats were regularly denied visit permits. The FCCC’s annual report stated that only state-sponsored reporting groups had access to the “TAR”. The Commission also learned that “Chinese authorities continued to monitor or restrict contact between Tibetans in Tibetan areas of China and individuals or groups abroad, including by threatening to punish those found to have contact with Tibetans in exile—particularly those in India— or who have shared information within Tibetan areas about Tibetans living abroad.

According to the report, for Tibetans accused of crimes for holding discussions online, Chinese authorities strictly monitored WeChat and other online communications platforms, and extended or maintained restrictions on the types of content Tibetans were free to share and post. It is evident that new national measures and at least one set of local regulations will further narrow the already limited online space to discuss Tibetan Buddhism and other religious matters.

CECC Recommendations to members of Congress and Administration officials as per the Annual Report:

Full Report can be found here. The Section of Tibet begins on Page 280.