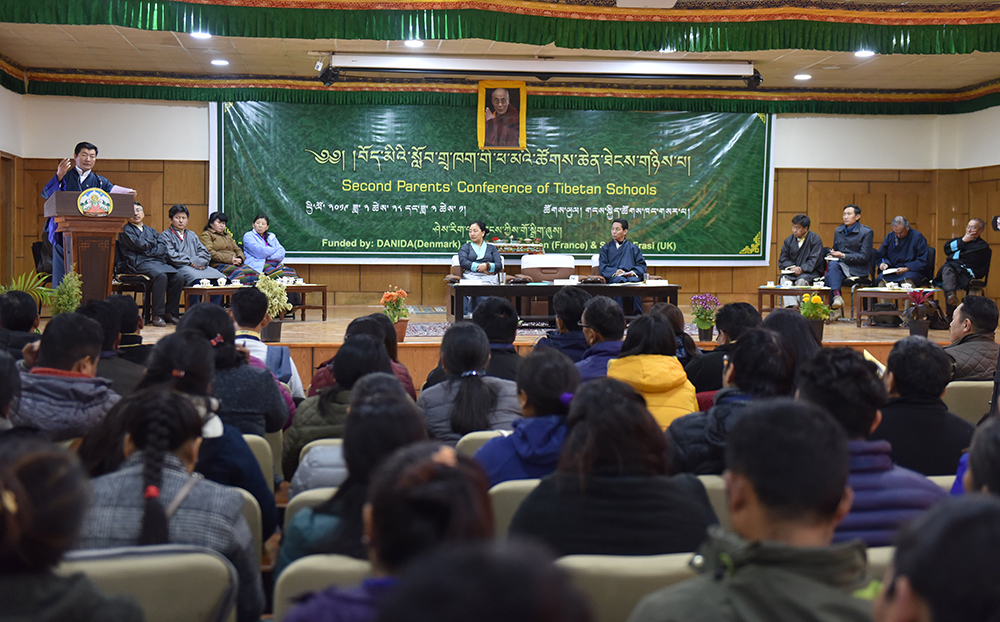 Dharamshala: The Second Parents’ Conference of Tibetan School began on 28 February at T-building, Central Tibetan Secretariat organised by the Education Department of the Central Tibetan Administration.

Two days conference is to discuss Tibetan school children’s parents stressing on the significance of parents involvement in the upbringing and education of Tibetan children.

Around 131 parents and representatives from parents association of Tibetan schools from India and abroad are participating in the conference. The president of TCV, directors of Sambhota, Mussoorie and Nepal are among the attendees. It is funded by Danida (Denmark), Fonds De Dotation (France) and Sonam Frasi (UK)

Greeting participants at the inauguration, President Dr Lobsang Sangay underlined the need to invest in education and parental role for the overall growth of children.

Dr Sangay congratulated the Department of Education on successfully organising the long life offering to His Holiness the Dalai Lama, along with three others. He remarked the event was a huge blessing to teachers and parents.

Recalling a promise he made to His Holiness the Dalai Lama to work on ‘Education’ as a priority, President said the Kashag has been productively fulfilling the promise by nurturing and educating young Tibetan children.

He said the education department has been able to provide more than 7 crores in scholarship for 1,118 students through the Department of Education. Previously the spending on scholarship was 3 crore for 640 students.

President accounted for various roles and responsibilities of the five factors. “The responsibilities of improving school’s infrastructure lie with CTA and CTA is responsible for facilitating various other necessary amenities so that learning is encouraged for the students.”

As for the principal and staff, the President stated that their duty is to maintain the rules of order and decorum of the school. And thirdly, a teacher besides maintaining the discipline of the school has a greater responsibility for making learning an interesting for the students.

Meanwhile, student besides attending the class regularly must strive to work hard and instill the practice of regular self-study.

And as for parents, they should work towards strengthening their relationship with their children based solely on love and compassion so that they create a happy and healthy environment for the children to learn and grow. He further advised the parents to take a keen interest in their children’s life.

Emphasising these factors, the President claimed all the five factors are dependent on each other for an effective result.

Concluding his remarks, he urged Tibetans to gain exposure on the current global issue relating to Tibet.

Addressing the gathering, Education Kalon Dr Pema Yangchen called for parental responsibility and support to have proper education of children. She said that to excel in academic education teachers and parents must work in unison.

“Children should have environment filled with Tibetan cultural of love and compassion both at school and home. It is very essential that parents should know that their thoughts and behavior leave a great impact on the upbringing of their children,” Education Kalon added.

“With all this condition we will succeed in excelling Tibetan children’s education,” she added

Education Secretary Karma Singey read out the resolution and the result of previously discussed in first parents conference in 2015. He ensured that education department wil put effort to fufil resolution passed during this conference.

He further informed the resolutions passed during the 7th Tibetan General Conference on Education to the participants.

Tenzin Dorjee, Head of Academic, Department of Education gave a vote of thanks. 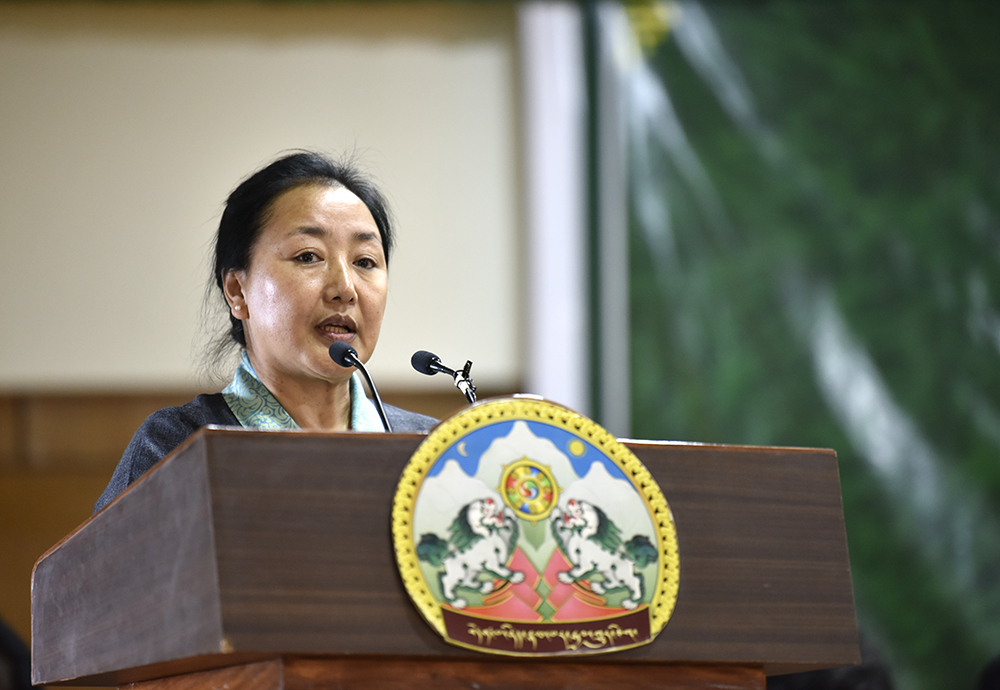 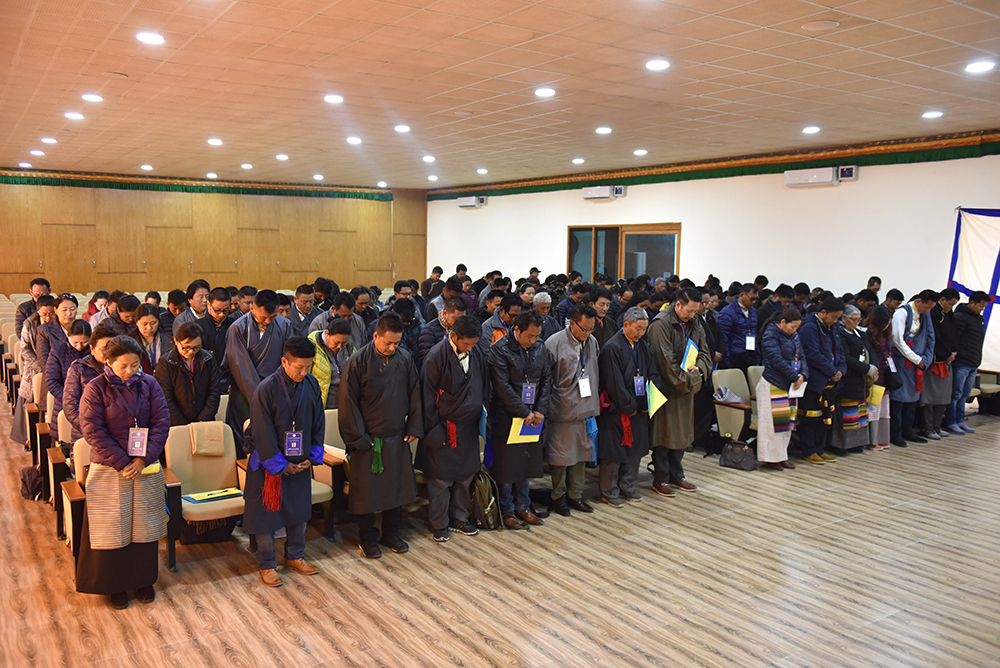 Parents and representatives of parents association observing a minute of silence to pay respect to self-immolators and those who are suffering under the Chinese Government. Photo/Tenzin Phende/CTA