The Petty Squabble Over Buddha’s Origin is ‘Nonsense’, is what His Holiness the Dalai Lama Meant 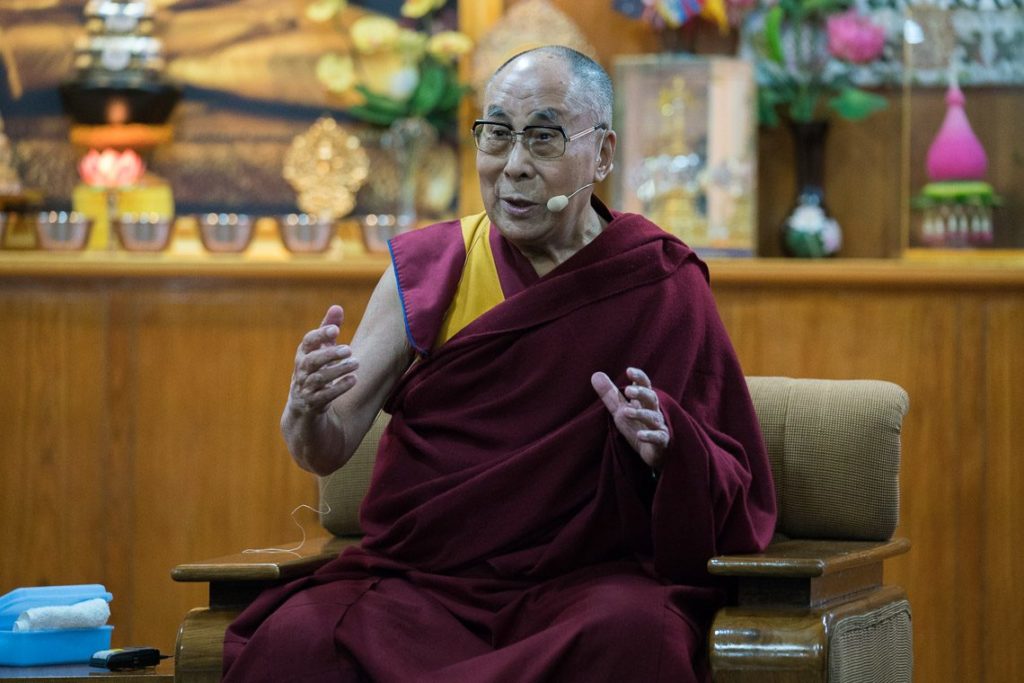 Recently, social media especially in Nepal caught frenzy over a comment His Holiness the Dalai Lama made in response to a question from a student in Meerut. The bone of contention was Buddha’s land of origin.

In the video that was shared on Facebook, His Holiness the Dalai Lama was seen responding:

While it might sound impolitic to explicate the finer nuances of His Holiness’ message, but we can decipher the core message of His Holiness’ teachings, that of oneness of humanity and universal values. In this light, His Holiness the Dalai Lama’s core  message is clear. He was trying to imply the futility of petty squabbles over Buddha’s origin while we ignore his teachings and the path that he has shown.

“In that sense, it’s puerile even to imagine that His Holiness the Dalai Lama would call a fellow human being as nonsense, let alone the Nepalese people who share historic and cultural bonds with Tibet. However, what is actually nonsense is the time and energy we waste on debating the birthplace of the Buddha. Rather, we should discuss his philosophy and his teachings. We need them more than all the petty debates,” he explained.

Even from a geopolitical perspective, it’s a fact that during the era of Lord Buddha’s birth, the Westphalian concept of modern nation/state was unheard of. Lumbini at that time was part of a small Shakya kingdom lying around present day Indo-Nepal border. History tell us that the area can also be constituted as part of a broader cultural India that used to span across multiple national boundaries to Nepal and Cambodia in the east, Tibet and Mongolia in the north and Pakistan and Afghanistan in the west.

In the digital social media age, it is also important to note the alarming speed at which misunderstandings and misrepresentation of facts gets amplified. In the midst of all this, actors and public figures joining the bandwagon for cheap publicity without a clear understanding of the whole issue adds fuel to the fire. And that seems to be exactly what happened in the recent issue. A misunderstanding and misconstruing of a simple, deep message from His Holiness was concocted as being derogatory.

Now that the issue has been settled, it is a good time to reflect on the hollowness of our own understanding of the Buddha’s teachings. Following on the footsteps of Lord Buddha, His Holiness the Dalai Lama emphasizes universal values and oneness of all humanity. However, it is our own love for boundaries and borders that has created differences between fellow human beings.

Finally, as we say, all is well that ends well. A timely clarification from the Office of His Holiness the Dalai Lama has cleared the misunderstanding and brought comfort to our Nepalese brothers and sisters. But the recent incident also had given us a sense of realization that we have not only deviated from Buddha’s core teachings but have donned a shallow outlook on matters relating to Buddha and are quick to resort to trivial contention over a highly misrepresented and misconstrued message.

The squabble over the Buddha’s birth place, whether it is Nepal or India is irrelevant. It’s Buddha’s teachings, his philosophy that matters and prevails. This episode is a lesson for all humanity.