The Dalai Lama at 85 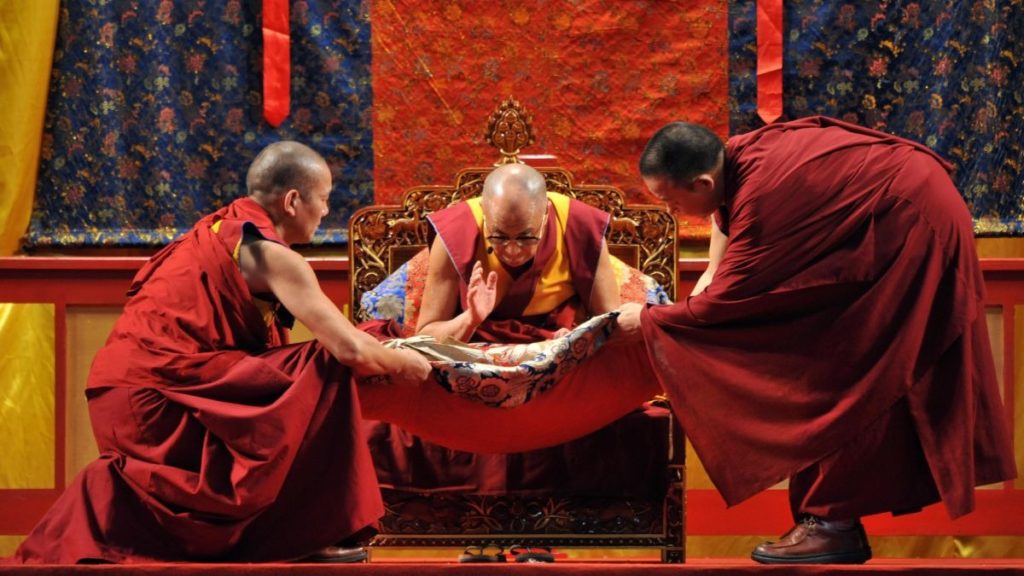 The tiny village of Shaoshan in the Hunan province of China is an important centrepiece of ‘Red Tourism’.Busloads of people flock to this birthplace of Mao Zedong to pay their respects to the ‘Great Helmsman’, whose 36-metrehigh statue adorns the village square. There is a Shaoshan Mao Zedong Memorial Museum too, where Mao’s belongings were kept.

People are also encouraged to visitthe birthplace of Deng Xiaoping inPaifangvillage of Xiexing Town in the Sichuan province. Although Deng never returned to his village after rising in the communist hierarchy, the Chinese government has made sure that his village also becomes an important destination in Red Tourism. The village was declared by the state council, the Chinese cabinet, in 2001,as a ‘Major Historical and Cultural Site Protected at the National Level’ and Hu Jintao, thegeneral secretary of the CPC, attended the unveiling of Deng’s statue in 2004.

Far removed from these villages, which have become important landmarks in China tourism, is the village of Taktser, in Qinghai province,once a part of the former Tibetan kingdom. Taktser is the birthplace of His Holiness,the fourteenth and the current Dalai Lama. Unlike Shaoshan and Paifang, Taktser doesnot appear anywhere on the China tourism circuit. The village remains backward, nondescript and forlorn.

‘Beijing obviously doesn’t want Taktser becoming a pilgrimage site for Tibetans; the Dalai Lama represents a challenge not to Chinese power per se, but to its national(ist) narrative,’ writes Tim Robertson, an independent journalist and writer, in Diplomat in 2018. What happens if someone, by chance or by effort, visits that village? Robertson narrates his own experience when he made a visit to this village about 30 miles away from Xining, the capital city of the Qinghai province.

In the desolate village,Robertson finally finds an old Tibetan man. ‘Looking at me, he asks: “Where are you from?” But before I can answer he turns to my driver and, more alarmed, asks, “Are you Tibetan?” When the driver answers in the affirmative, the villager—with an obvious sense of urgency—tells us to leave quickly because the place is heavily surveilled. His voice is foreboding and his jerky, hurried gestures make it clear that this is not a place to loiter,’ he writes. 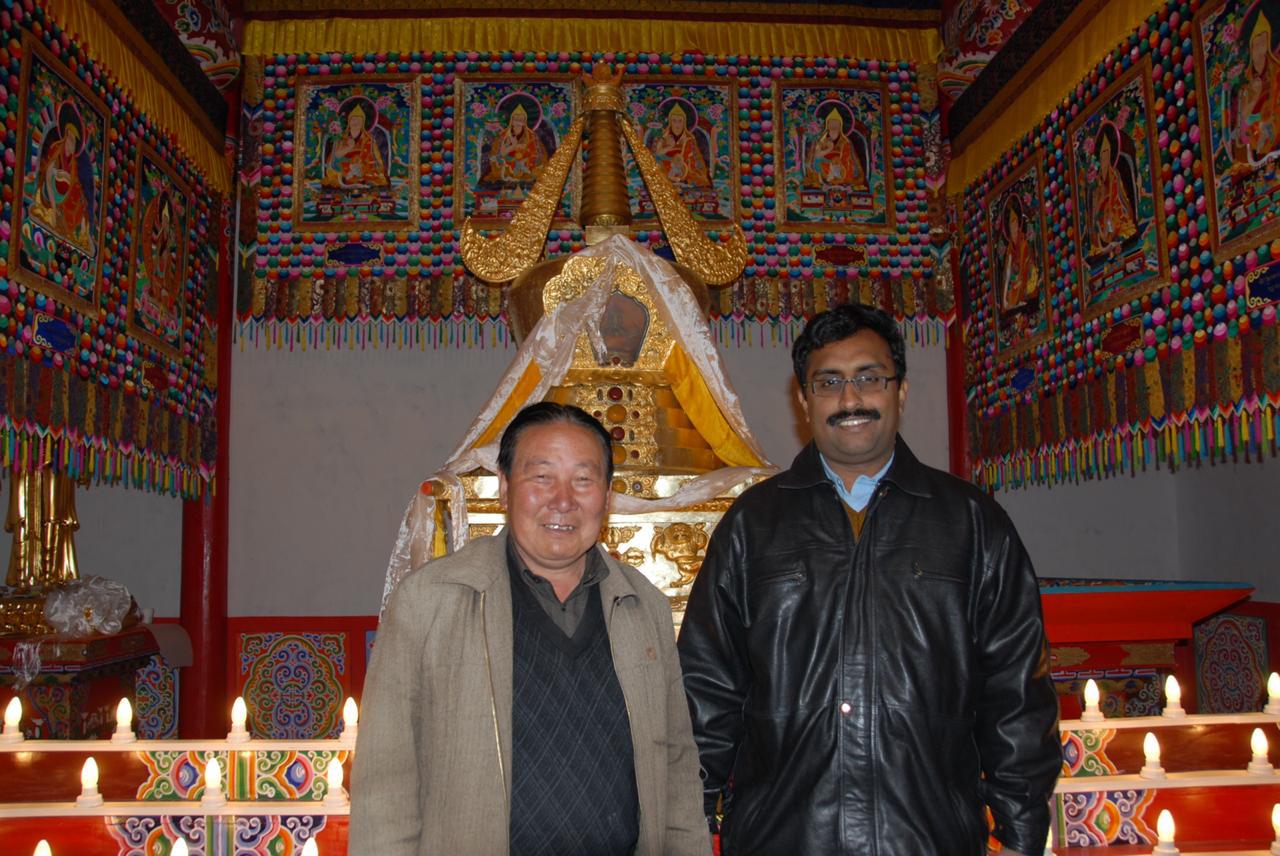 Incidentally, I too had a similar experience when I visited this village 10 years before Robertson. At that time, I was probably one of the very few Indians who had visited the birthplace of His Holiness. I was on a tour of China in November 2008, and my itinerary included a visit to Lhasa. The hosts, a wing of the CPC, saw the controlled visit as an opportunity to showcase the progress and development of the Tibetan Autonomous Region (TAR) under the CPC regime. The visit to Lhasa was to start from Xining, where I was made to board the recently started train service of the Qinghai-Tibet Railways. The 26-hour train journey was a memorable one. The train practically runs on a glacier, and doubtless, is a technological marvel.

But the most memorable part of the trip was my impromptu visit to Taktser. His Holiness is loved by 6 million Tibetans. One of them informed me in Xining about the village which was just90minutesaway. My protocol officer, an official from the CPC, was obviously uncomfortable. He pleaded helplessness as it was not a part of the itinerary provided. But I could persuade him for a quick evening visit to that village. Few miles from the city, roads were bad, and by Chinese standards, they can be described as non-existent. It was obvious that the village and its surroundings were subject to deliberate neglect and disinterest.

When I visited the house where His Holiness was born, I was greeted by a close relative, who took me around. There was no electricity and hence the house was lit by a generator. There was a room with a bed for His Holiness to retire and another bigger room with an elevated podium in Tibetan style for him to give darshan and discourses. Both the rooms were beautifully decorated. “Do you hope to have him back here?” I asked in part surprise and part bewilderment. His Holiness’ nephew was affirmative. I realised that this hope is what drives the 6 million Tibetansin preserving their religion, language and culture against heavy odds. 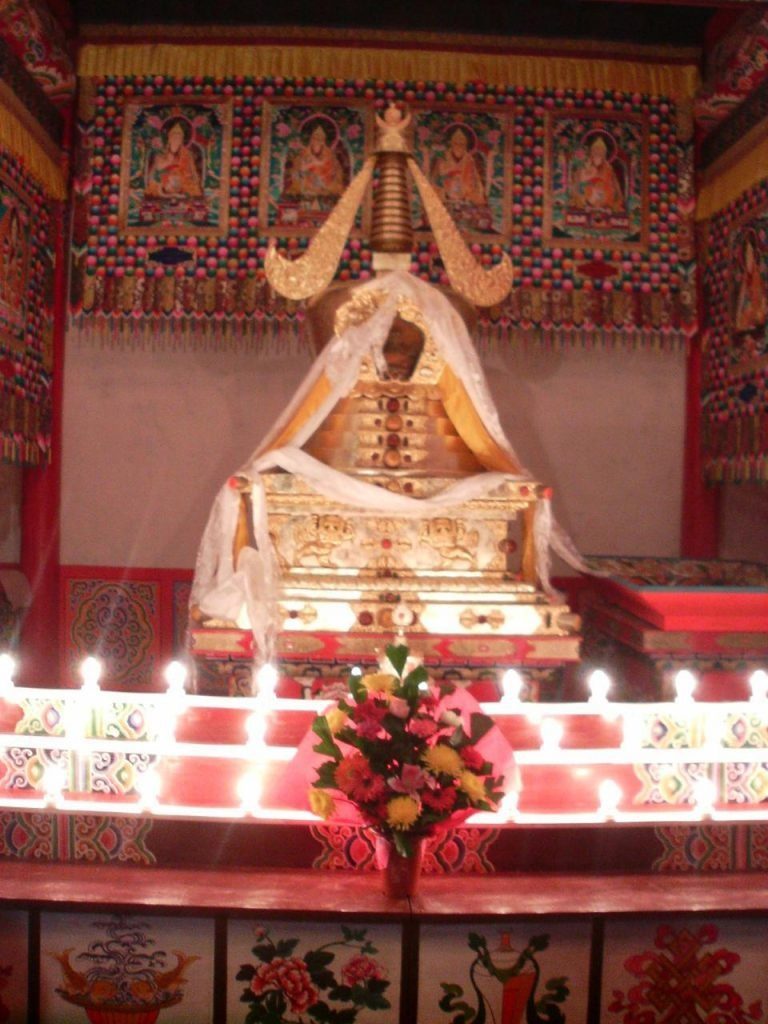 His Holiness had left Lhasa in 1959 and ended up in India as a refugee. Over 80,000 Tibetans followed him subsequently. The expatriate Tibetan community is about 150,000 today.He was received by Jawaharlal Nehru and granted asylum in India.His Holiness and his followers have since been staying mainly in Dharamshala and also at a few other places like Uttarakhand, Darjeeling, Mainpat in Chhattisgarh and Mundgod in Karnataka, where they were provided land by the Indian Government for their livelihood.

However, this asylum issue was preceded by a lot of drama. Once before, in 1957, His Holiness was invited for the Mahaparinirvana—2,500 years of the Buddha’s nirvana—celebrations at Bodh Gaya. His Holiness came with an entourage and mind to use the occasion to seek political asylum in India or the USA. The two brothers of the Dalai Lama, who were already sanctioned asylum by America, came down to meet him in India. However, Nehru and Zhou Enlai had left no stone unturned to ensure that His Holiness returned to Tibet.Zhou Enlai had stayed for full 12 days in India to make sure that the Dalai Lama did not stay back in India. Ultimately, the Dalai Lama had returned to Lhasa in early 1958, only to return in a year’s time.

Nehru, although agreed to grant asylum toHis Holiness this time, was not sure whether he had done the right thing or not. India was never there to support the Tibetan cause during the fateful years of the ’50s despite repeated requests by the Dalai Lama for support at the UN. Tunku Abdul Rahman, the Prime Minister of Malaysia,was flabbergasted by India’s reluctance to support the Tibetan cause and sorely complained that, “Twice Malaya raised the Tibetan question in the UNO and twice India refused to support us… we knew what was going to happen when China took Tibet. They had their eyes on India and wanted to get nearer to your borders.”

Even the Dalai Lama had cautioned Nehru about the same and said, “If you deny sovereign status to Tibet, you deny the validity of the convention,and therefore, the validity of the McMahon Line.” Instead of making sense of the Dalai Lama’s caution, Nehru got angry with the statement. “What good will it achieve?” was Nehru’s rhetoric when asked for the support to the Tibetan cause at the UN in the ’50s. 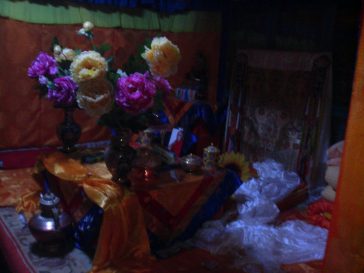 Nehru always held the view that Tibet was an integral part of China. In an interview to RK Karanjia in 1954, Nehru categorically stated, “Tibet, of course, is part of China.” He also said on another occasion that the Chineseoccupation of Tibet would put an end to the theocratic regime of the priestly lamas and bring it into “the mainstream of modern civilisation.”

Speaking a few months after the arrival of the Dalai Lama in India in the Rajya Sabha in October 1959, Nehru wryly said, “Very probably, the Tibetan developments have angered and soured the minds of the government in China, very likely… And perhaps they have reacted strongly to what we have done, I mean, to the asylum we have given to the Dalai Lama.”

His Holiness has remained in India ever since. He has completed 61 years of living in India. When he came, he was a refugee. But today, every Indian regards him as an elder in the family.

HisHoliness jovially says that while his body was Tibetan, his blood wasIndian since he has been eating the rice and dal of this country for the last so many decades. He is as much a revered spiritual master to Indians as he has been to many Tibetans and others.

HisHoliness has regarded Hinduism and Buddhism as twins, following identical paths, one with the conception of Atma and the other with Anatma.

Once he narratedto me his conversation with Prime Minister Morarji Desai: “We are two branches of the same tree of Dharma,” Desai toldHis Holiness, to which His Holiness promptly responded saying,“You are the tree, and we are the branches.”

This humility is the hallmark of His Holiness. In fact, at the Emory University, where he was an honorary professor, His Holiness has described the essence of his philosophy in four words—humility, honesty, transparency and compassion. His Holiness is the living manifestation of these supreme qualities. Compassion, the essence of Buddhism, has taken a human form in His Holiness; he is compassion-incarnate.