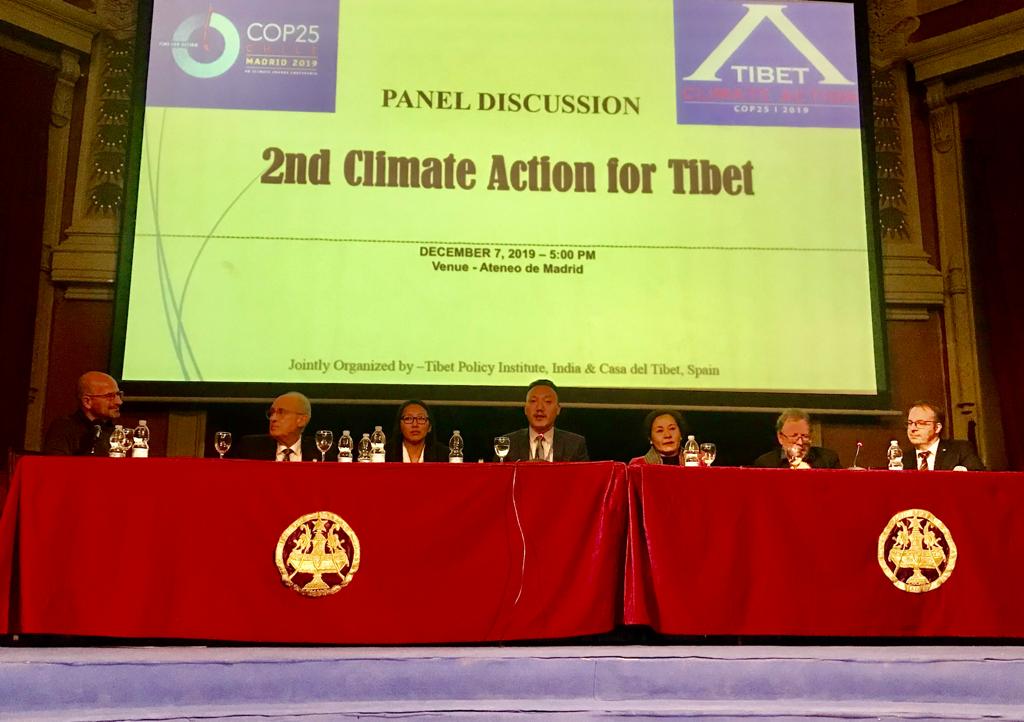 The ‘2nd Climate Action for Tibet’ Panel Discussion held on the sidelines of the ongoing COP25 UN Climate Summit in Spain, 7 December 2019.

Spain: More than hundred people came to hear experts on Tibet’s environment speak at the ‘2nd Tibet Climate Action’ panel discussion held at the Ateneo de Madrid Hall on 7 December 2019 on the sidelines of the COP25 UN Climate Summit, currently underway in Spain.

The panel discussion organized by the Tibet Policy Institute, in collaboration with Casa del Tibet brought in eight experts on Tibet’s environment from six different countries to highlight Tibet’s global ecological importance and its current environmental situation under Chinese occupation.

The Panel Discussion is part of the month-long ‘COP25 Climate Action for Tibet’ campaign launched by the Central Tibetan Administration on 6 November this year to highlight Tibet’s global ecological importance during the COP25 UN Climate Summit.

Experts of the first panel ‘Impact of climate change on the Tibetan Plateau’ highlighted three important facts, the ecological importance of the Tibetan Plateau, the severe cases of extreme warming on the plateau and the increasing cases of natural disasters in Tibet in recent years.

The president of Casa del Tibet in Spain, Ven. Thubten Wangchen, who spoke on ‘the role of Tibetan Culture and Buddhism on environmental protection’ urged the world to support the protection of Tibet’s environment.

Director of Scottish Center for Himalayan Studies, Dr Martin Mills highlighted in great details, how Tibetan Plateau has seen an extreme rise in temperature for last few decades and the alarming scale of its implications for Asia and the world.

Tempa Gyaltsen Zamlha, the Executive Head of the Environment Desk of the Tibet Policy Institute, spoke on the increasing cases of natural disasters in Tibet in recent years. His presentation highlighted the severe risk from climate change and excessive construction activities in Tibet.

Speakers from the second panel ‘Current state of environment on the Tibetan Plateau’ raised some serious issues about forceful removal of Tibetan Nomads, excessive mining and damming of Tibetan rivers, in great detail.

Kyinzom Dhongdue, the Executive Officer of Australia Tibet Council spoke on the state of Tibetan nomads and the forceful relocation of nomads by the Chinese government. She said the removal of nomads is a serious violation of human rights and also detrimental to the protection of grassland.

Kai-Muller, the Executive Director of International Campaign for Tibet, spoke on the scale of mining in Tibet and how it has led to grassland degradation, water pollution and repression of local Tibetan people.

Dechen Palmo, a Research Fellow at the Tibet Policy Institute, underlined the risk of excessive damming of Yarlung Tsangpo (Brahmaputra river) and its serious implications for the Indian sub-continent. She further added the importance of the river to India and Bangladesh.

The final speaker, Michael Buckley, an author and documentary filmmaker, made a presentation on the state of Zachu or the Mekong River.  The speaker highlighted in great detail, the socio-economic importance of the river in the region and the alarming rate of damming of the same river. 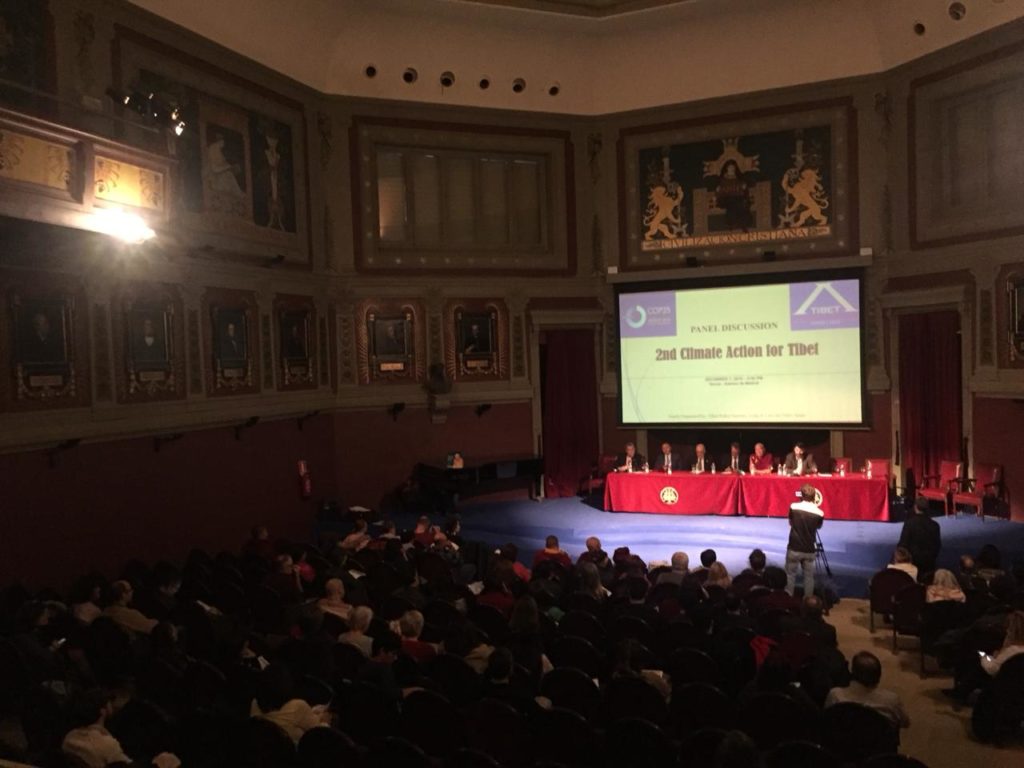 More than a hundred people attend the ‘2nd Climate Action for Tibet’ Panel Discussion held on the sidelines of the ongoing COP25 UN Climate Summit in Spain, 7 December 2019.