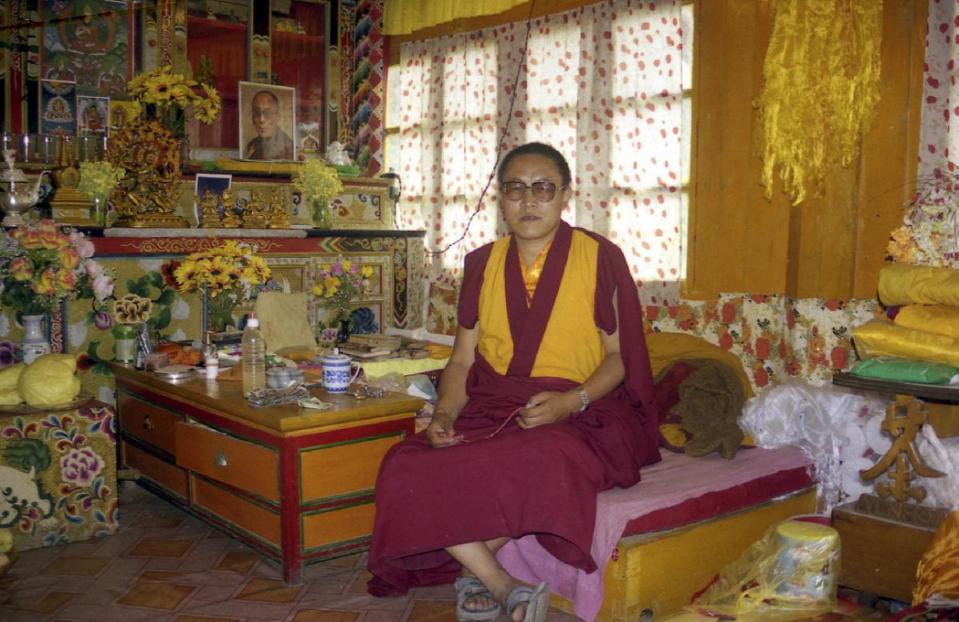 Rinpoche’s palms and face have become dark invoking fears among his disciples that Chinese authorities might have poisoned Rinpoche to death, according to a person who attended the funeral services.

In the statement read by the Chinese authorities at the funeral, Tulku Tenzin Delek Rinpoche reportedly died at 04:00 pm on 12 July, contradicting their earlier notification saying Rinpoche died at 02:00 pm.

Following the funeral services, only one person was allowed to stay back and clear the remains of the cremation. The rest were sent away by the authorities.

After the news of Rinpoche’s cremation reached Tibet, Rinpoche’s family and disciples have written a five-point appeal letter to the Chinese government requesting explanations in the cause of Rinpoche’s death.

The text of the appeal letter are as follows:

2: The deceased’s body cannot be brought home. We suspect it has to do with the cause of death. Please specify under which law is a deceased’s person kept away instead of being returned to the relevant party.

3: If the detention facility cannot provide a clear response concerning the cause of death of Tulku Tenzin Delek Rinpoche, we will ask journalists and the relevant personnel to conduct a thorough investigation into the incident. If we can bring it back (the body), then we are willing to forfeit the right to an investigation. This is the humble wish of the relatives and Dolkar Lhamo.

5: The detention facility made a notification that if we choose not to inspect the body, they will cremate the body after a given time. Given that the detention facility and relevant department cannot provide a satisfying answer concerning the cause of the death of the deceased. Is there any law or legislation that allows for the deceased’s body to be cremated by the prison staff. in other words, whats the legality of such action undertaken by prison staff?