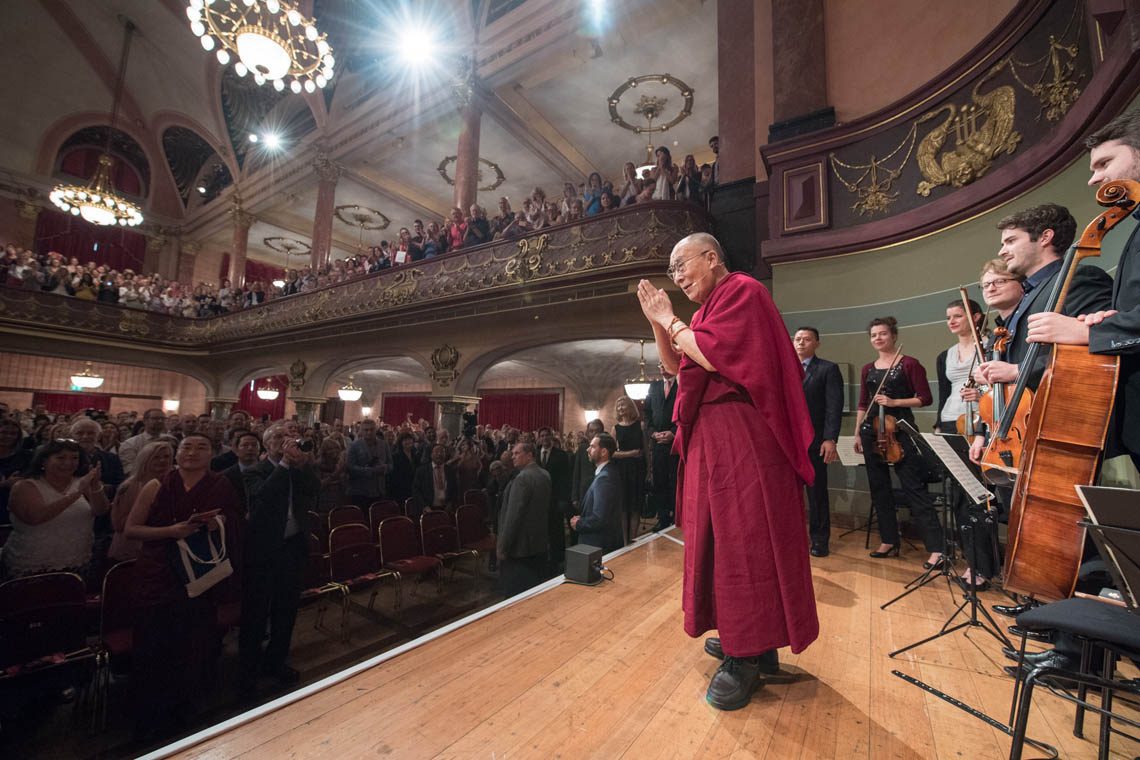 His Holiness the Dalai Lama acknowledging the audience as he arrives on stage at Kongresshaus Stadthalle Heidelberg in Heidelberg Germany on 20 September, 2018. Photo by Manuel Bauer.

Germany: Following a symposium on Non-Violence organised by Tibet Initiative Deutschland and Gandhen Phodrang Foundation held on 19 September at Darmstadt, His Holiness the Dalai Lama participated in a symposium on ‘Happiness and Responsibility’ organised by German-American Institute (DAI) on the celebratory occasion of International Science Festival in Heidelberg, Germany on 20 September.

Discussing on the same, His Holiness reiterated that anger, attachment and likewise various emotions can develop at the back of one’s mind when combined with mental state even when the brain is asleep.

His Holiness further noted that several mysterious and unexplainable cases of phenomena have been recorded where a person who is medically proven dead still persists to remain bodily fresh for many days which the scientists find it obscure and have no explanation for it. However, His Holiness affirmed the existence of such phenomena.

His Holiness explained that it is the subtle consciousness, the sixth sense that remains in the body after death which is why no traces and sign of decay could be found on a dead body even after several days.

“ Late 20th century scientists now began to feel there is something we need further investigation” said His Holiness while describing the recent efforts made by scientists on the subject.

Astrophysicist Prof. Dr. Bartelmann asked His Holiness few questions on mind vis-a-vis happiness to which His Holiness responded philosophy alone won’t cover entire humanity but science being a universal source of knowledge through its researches and findings can teach the importance of peace of mind.

“Once you start thinking about the well being of others, thats when your perspective of thinking and mind broadens” confirmed His Holiness.

His Holiness emphasised on the need of promoting the inner values through education which His Holiness remarked that modern education seems to neglect.

“Education system today focuses only on the development of smart brains as a result smart brain becomes the disposition of anger, hatred, jealousy and self centred attitude” pronounced His Holiness.

Furthermore, His Holiness implored that eventually one’s happiness depend on the happiness of their community as man being a social animal.

Responsibility, according to His Holiness, emerges from sense of concern for other’s well being.
Therefore, His Holiness advised that one should divulge in making contribution no matter how small in creating world a happy world. Effort must be made in reaching a comprehensive understanding of not only focusing on material activity but also focusing on social and emotional activities.

The highly enlightening event concluded with an interactive Q&A session with the audience.

One participant had asked His Holiness how to maintain a peaceful world on the face of war and disaster, to which His Holiness recommended to reconsider the method used to deal with problem. Instead of weapons, dialogue should be adopted.

His Holiness cautioned that praying alone won’t suffice the need for a peaceful world. Therefore, effort and actions must be implemented through education.

His Holiness will be next visiting Switzerland to participate in the celebration of the 50th anniversary of the Tibet Institute Rikon. 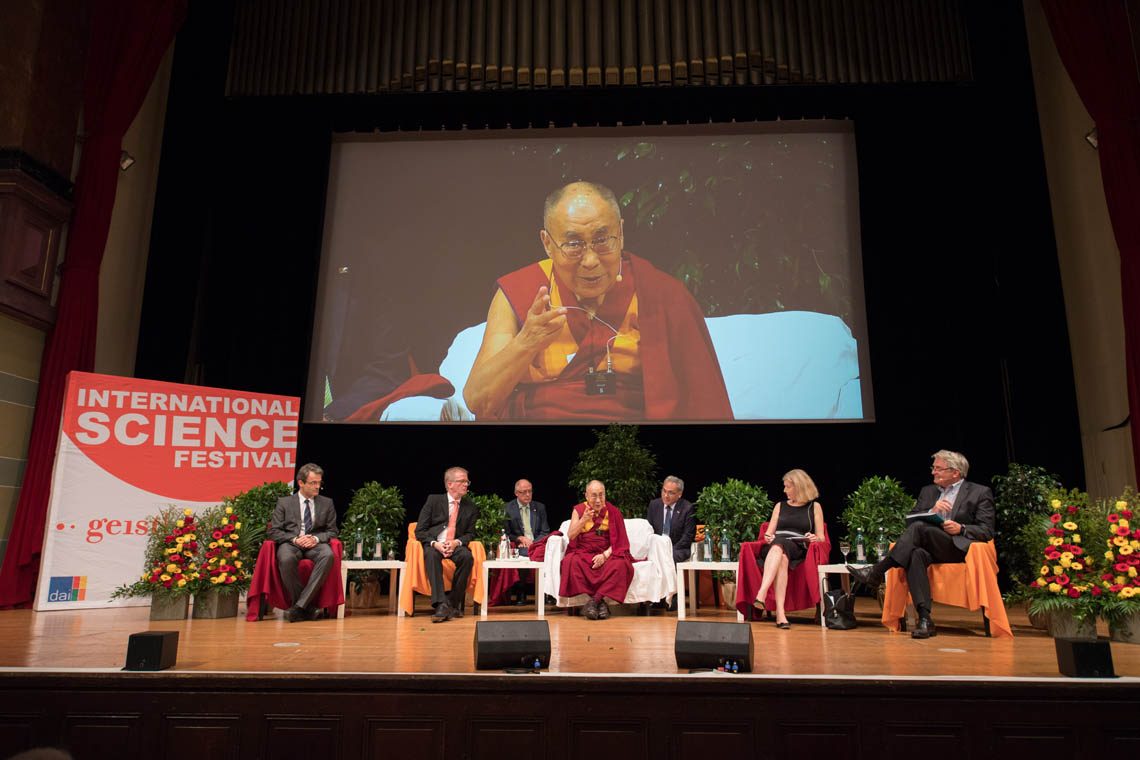 His Holiness delivering his opening remarks at the dialogue on Happiness and Responsibility in Heidelberg, Germany on 20 September, 2018. Photo by Manuel Bauer. 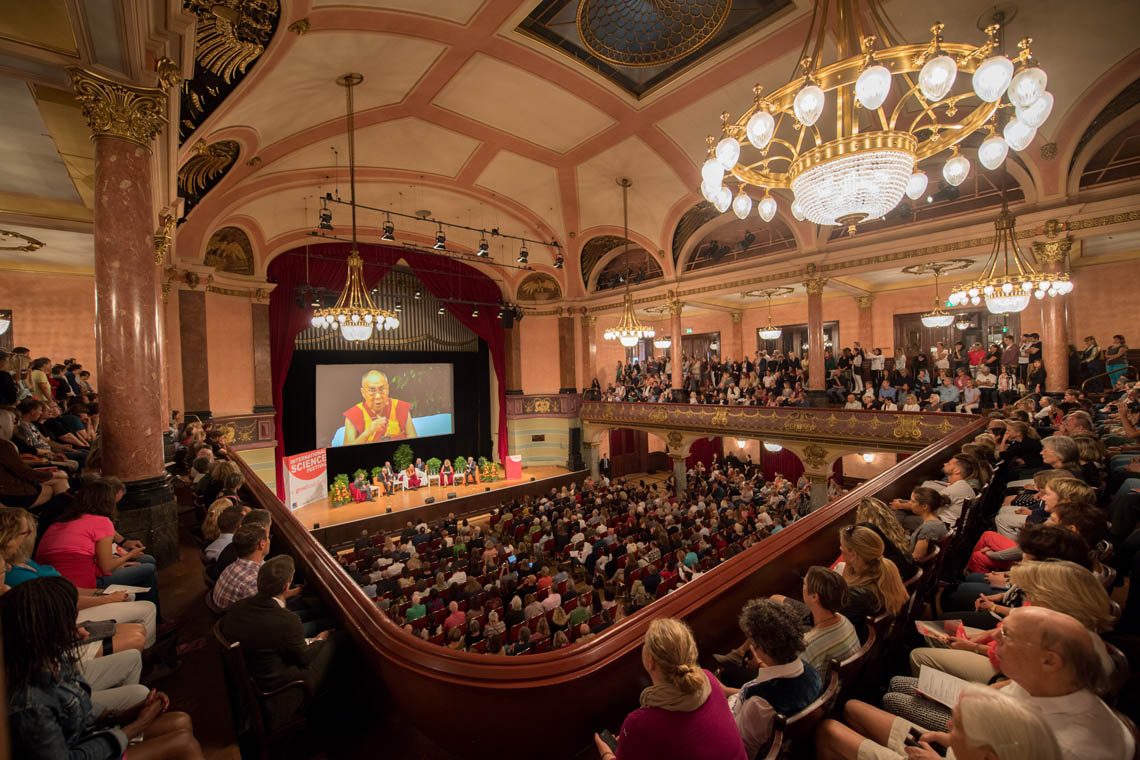 A view of the hall Kongresshaus Stadthalle Heidelberg in Germany during His Holiness opening remarks at the dialogue on Happiness and Responsibility on 20 September, 2018. Photo by Manuel Bauer. 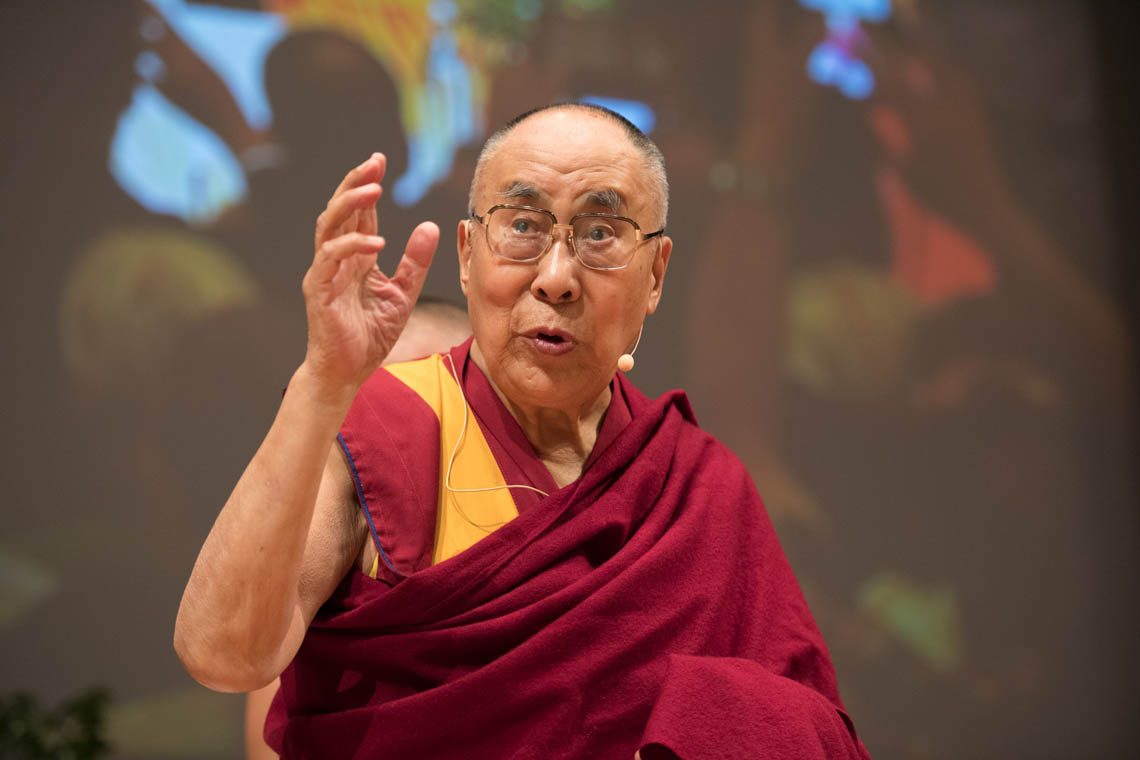 His Holiness the Dalai Lama addressing the gathering at the conclusion of the dialogue on Happiness and Responsibility in Heidelberg, Germany on 20 September, 2018. Photo by Manuel Bauer.