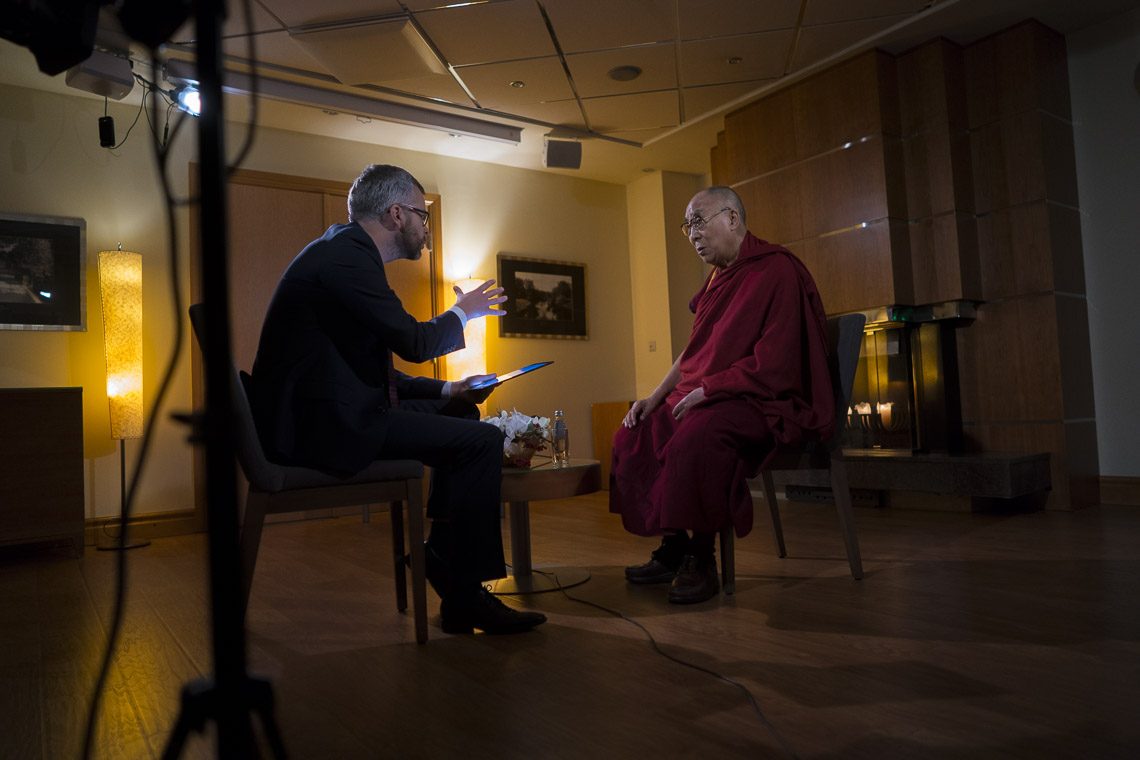 His Holiness being interviewed for Latvian Television in Riga, Latvia on 25 September, 2017. Photo by Tenzin Choejor

RIGA, LATVIA: On the final day of his Europe visit, His Holiness the Dalai Lama gave an interview to Gundars Reders of Latvian Television.

On being asked what he meant by ‘the world being in crisis,’ His Holiness elucidated that the crisis in the world is brought about by the presence of fear and anger, unfulfilled desires, exploitation and the huge gap between the rich and the poor.

“All these problems faced by humanity are of our own making”, His Holiness said in the interview.

Responding to the question on possibility of tackling terrorism with compassion.  His Holiness said that using force will only breed more terrorists. “The problem of terrorism can only be solved if we can reach out to them, keeping in mind that they too are human beings”, he said.

He further called for the need for ever-increasing need of integrating secular ethics in modern education. “The problem reflects an education system that only tends to set materialistic goals, but has little time for inner values”, he added.

Acknowledging the relations that exists between Russia and China, His Holiness mentioned that he is unable to visit Russia and its Buddhist republics of Kalmykia, Buryatia and Tuva, taking into account the negative effect it might have on the existing relations between the two countries. The only Buddhist country that he was able to visit at present is Japan. 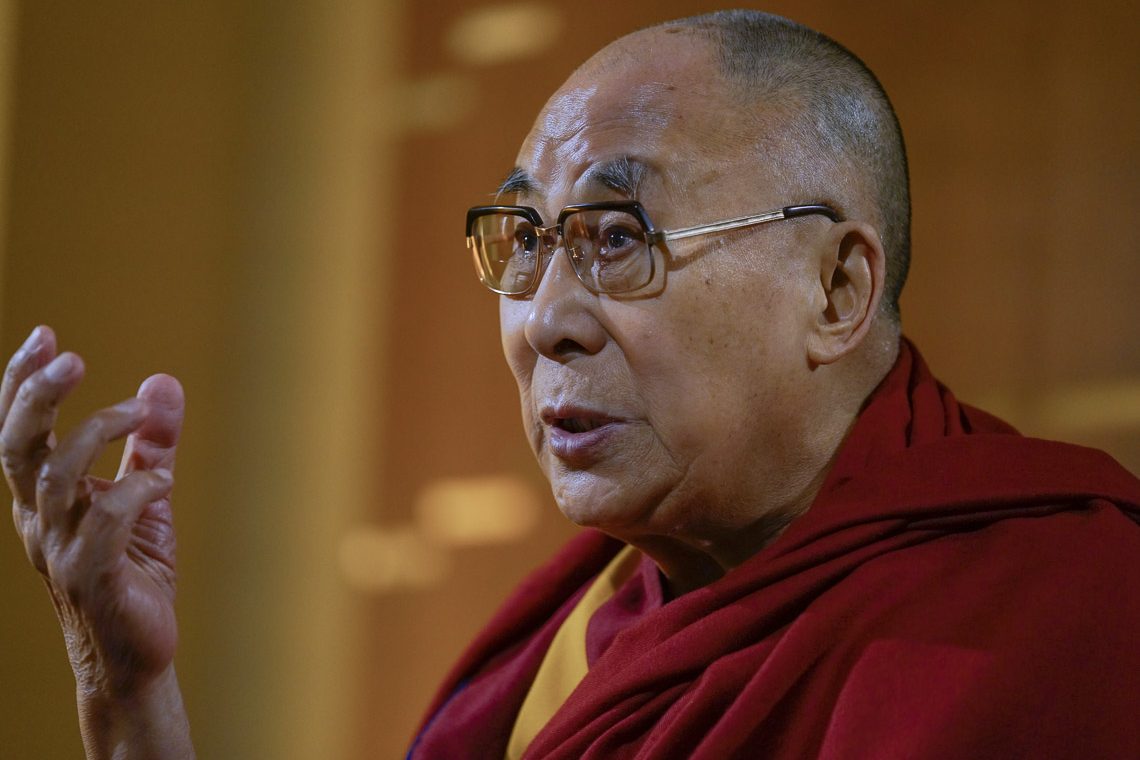 His Holiness the Dalai Lama responding to a question during his interview for Latvian Television in Riga, Latvia on 25 September, 2017. Photo by Tenzin Choejor

“That’s ok. My visit is entirely non-political and I am not disappointed. The world belongs to its 7 billion people and each country belongs to its population. I consider the general public to be more important”, His Holiness added.

Nearing the final moments of the interview, Reders asked His Holiness was about how one could find long lasting happiness in life to which His Holiness replied by saying that as a student of the Nalanda tradition, he believed in reason and analysis which led him to come to a conclusion that what disrupts our peace of mind is the submission to disturbing emotions like anger and fear. “So the solution to achieve happiness in life is to find and apply antidotes to them”, he concluded.

His Holiness after the interview travelled to Skonto Hall to impart his third and final day of teachings. 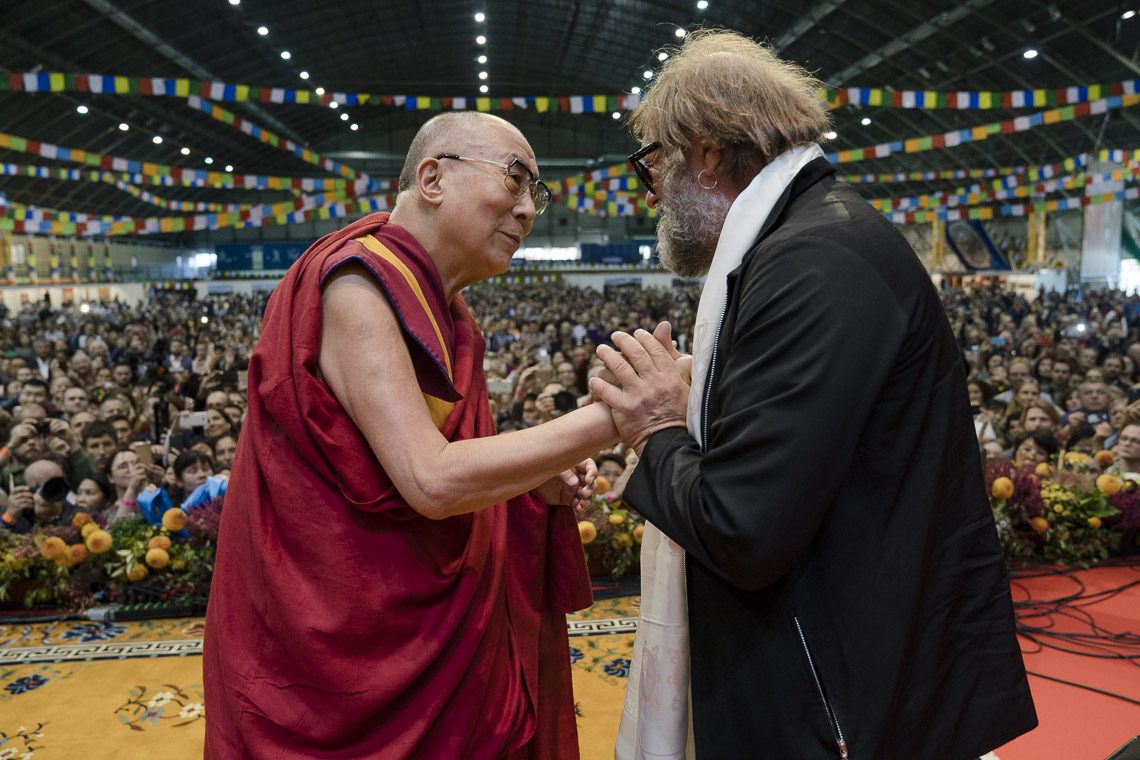 His Holiness the Dalai Lama thanking Singer- songwriter Boris Grebenschikov at the conclusion of the dialogue on “Harmony Without Boundaries” at Skonto Hall in Riga, Latvia on 25 September, 2017. Photo by Tenzin Choejor 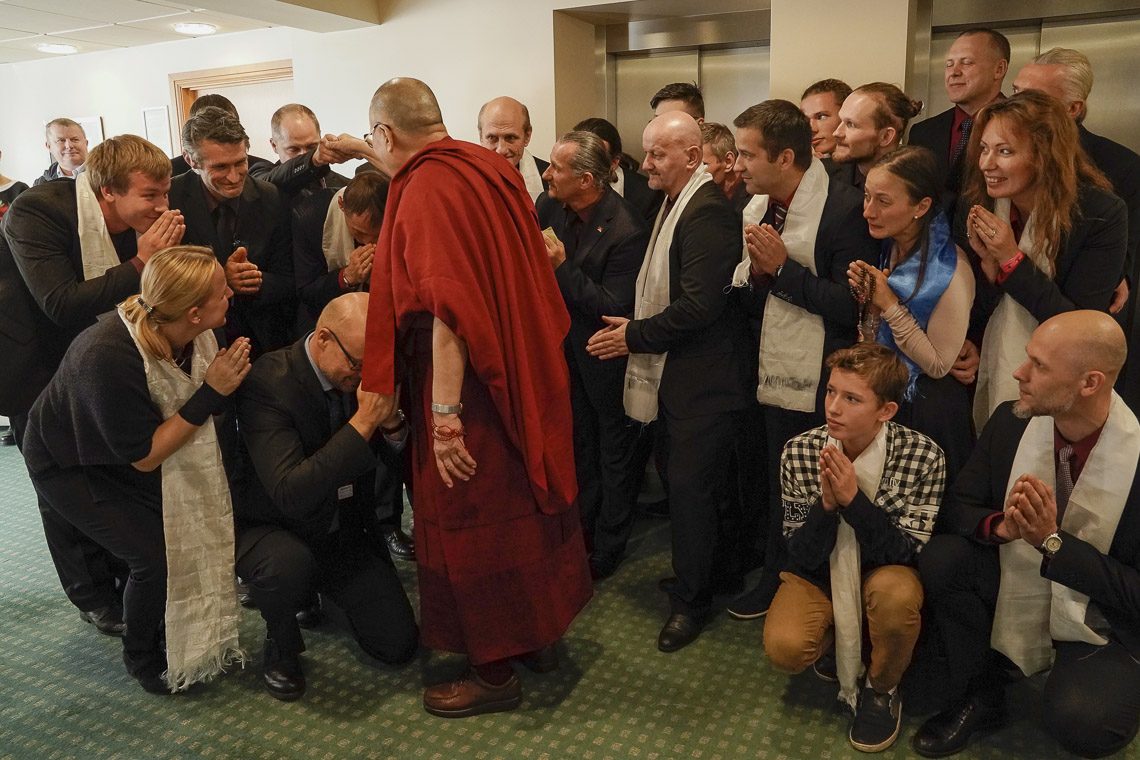 His Holiness with members of the Security team that helped during his visit to Riga, Latvia. Photo by Tenzin Choejor