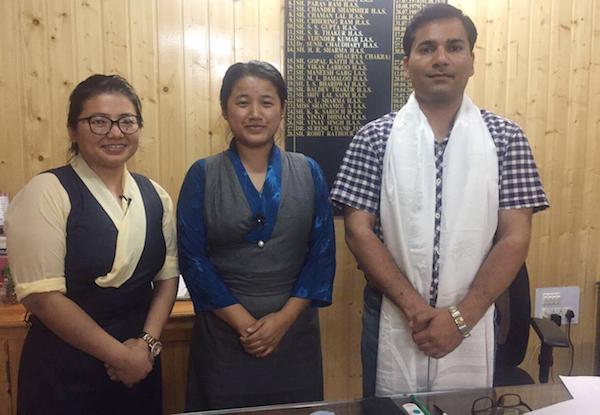 Dharamsala :As per the designated schedule of Tibetan settlements official visitation by the 16th Tibetan Parliament-in-Exile, parliamentarian Ms. Lhagyari Namgyal Dolkar’s official visit to the three Tibetan settlements under the jurisdiction of Bir Tibetan Society, Tibetan Kham Industrial Society (Dege Division) and Tibetan Kham Industrial Society (Nangchen Division) as well as Bundar, Manali and Kullu under the jurisdiction of Kullu Palrabling Tibetan Settlement Office to meet Tibetan students and people living there from 16th July to 25th July was successfully concluded with her arrival at her residences on 25 July 2017.

She left for Bir on Sunday, 16th July, 2017 and on the next day itself commenced with her schedule. Furthermore, upon her arrival at the respective destinations as per her itinerary, she was warmly received by the local dignitaries particularly the respective speakers of the local assemblies.

On 17th July 2017, her day began with her meeting and address to the Bir residents of Tibetan Kham Industrial Society (Dege Division) followed by visiting the Palyul Chökhorling Monastery and interacting with residents of Lily Village as scheduled. Next day consisted of meeting the young minds and teachers of Sambhota Tibetan Primary School, apart from visiting the regional Tibetan Primary Health centre and Men-Tse-Khang under the administration of Bir Tibetan Society. During the meeting, she was able to learn the status of Tibetan primary education and medical health around the area which is widely accessed by the people of the entire region including the local Indians as well. The day continued with a visit to TCV Chauntra followed by a talk at Dzongsar Khyentse Chökyi Lödrö College of Dialectics where the people under the jurisdiction of Tibetan Kham Industrial Society (Dege Division) in Chauntra also joined in. She also inquired after the affairs and the issues concerning their welfare, both the students and residents alike.

On her fourth and fifth day she paid her visit around Tibetan Kham Industrial Society (Nangchen Division) office administrative areas which included meeting the general public, Schools like Sambhota Tibetan School Chauntra and TCV Suja, monasteries like Chokling Monastery: Pema Ewam Chögar Gyurme Ling and other unique responsibilities of the Old people’s home at Chauntra. She expressed and raised the significant responsibilities that younger generations hold towards the Tibetan cause as well as Central Tibetan Administration for its sustenance until the return to Tibet. On the sixth and last day at the area, active interaction with the people under Bir Tibetan Society took place during a meeting on the last day in the area. The respective speakers of the local assemblies along with the settlement officer or representatives bid farewell and wish her as she set out on her next visit to Kullu.

The settlement officer, local assemblymen, members of Regional Tibetan Freedom Movement apart of Kullu-Manali welcomed Ms.Lhagyari on the evening of 21st August 2017. She immediately set out to work on her schedule with a visit to Dechen Choekhor Mahavir Monastery and Dhakpo Shedrupling Monastery followed by meeting with residents of Kullu area. She also decided to pay a visit to district ADC Shri Rakesh Sharma and SDM Shri Rohit Rathour to offer her appreciation for their kind support and constant cooperation with the settlement officer on matters of the Tibetan residents specifically on the issue of Kullu National Highway project. They expressed their willingness to cooperate in future as well and praised the distinguishable commitment of the Tibetan Settlement Officer.

Within the next two days of the tour, there were more meetings with people of Palrabling Tibetan Settlement, local assemblymen, settlement office as well as  Regional Tibetan Freedom Movement office and its staff. Apart from visits to monasteries like Ngyagyur Samten Choekorling (Pangang Gonpa) and Von Ngari Monastery and meetings with students of TCV Vocational Training centre, people of Patlikulh and 15 Mile took place. Arrangements were made to pay a particular visit to areas around Kullu, Patlikuhl, and 15 Mile village which are liable to be demolished due to the national highway project.

A total of 14 public addresses followed by question and answer sessions were made during her visitation program. She highlighted the audience on the achievements of His Holiness the 14th Dalai Lama, the illustrious outlook of the Central Tibetan Administration, critical situations inside Tibet and India and frameworks of democracy and our responsibilities as Tibetans. She particularly highlighted on pride and duty as Tibetans to the young students besides their current crucial duty of focus on a quality education based on virtuous and critical thinking. She left Kullu on Tuesday, 25th July for her residence back in Dharamshala and with this favorably completed her  2017 parliamentarian visitation program.

This itinerary of 10 days concluded successfully with her complete inquiry about the conditions of residents and recording of the grievances related to the distinctive regional staff, the general public, schools, and monasteries.

The grievances as per recorded by the parliamentarian will be forwarded to the relevant departments of the Central Tibetan Administration under the Cabinet for effective grievance redressal through the Standing Committee administration of Tibetan Parliament-in-Exile. 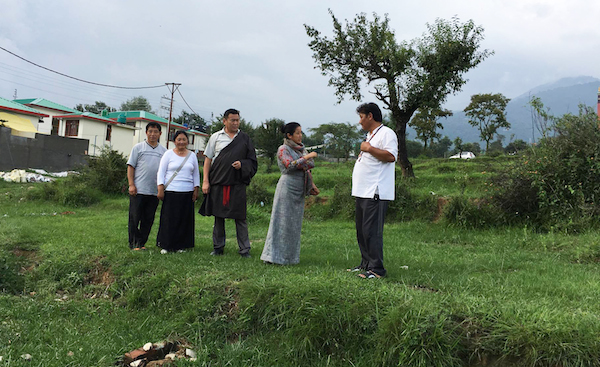 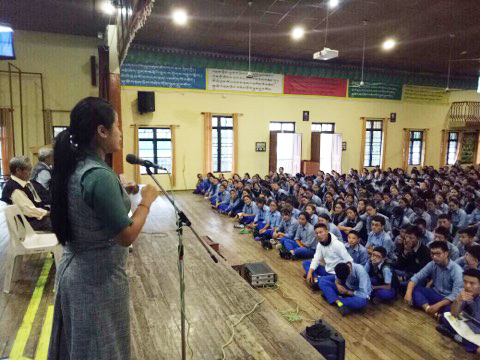