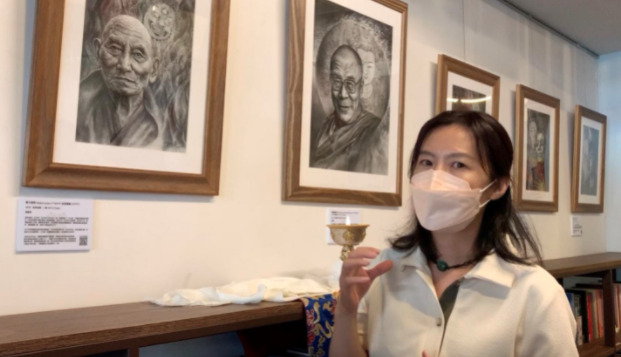 Taipei, Taiwan: Taiwan based Students for a Free Tibet and Human Rights Network for Tibet-Taiwan hosted an exhibition in central Taipei on 26th September, highlighting the decade-long cultural genocide and human rights abuses in Tibet perpetrated by the Chinese Communist Party.

The exhibition displayed charcoal sketches of Tibetan leaders and human rights advocates, including the Dalai Lama by Tung Ching-Jung, a Tibet supporter who described the oppression of Tibetans in Tibet under the repressive policies of the Chinese government through her sketches.

Present at the exhibition was Representative Kelsang Gyaltsen Bawa of Taiwan’s Office of Tibet, Legislator Fan Yun of  Democratic Progressive Party (DPP), and Wu Pei Yi, a member of DPP and Taipei City Council among other guests.

Tung Ching-Jung, who is also a member of Students for a Free Tibet-Taiwan got involved in activism for Tibet when she first learned about the tragedy of Tibet during her first visits to India in 2006. Her involvement gradually amplified when she began participating in the campaigns of Students for a Free Tibet based in Dharamshala, India. Tung Ching is also among the first Tibetan flag bearers in Hong Kong initiating campaigns for Tibet.

She narrated some of the significant experiences she had encountered during her visit to India including her meeting with His Holiness the Dalai Lama.

Representative Kelsang expressed his gratitude to Tung Ching and commended her for the constant support toward Tibet’s issue. Meanwhile, he also thanked the Taiwanese parliamentarians for their participation in the event and showing support.

The Representative noted that the exhibition truly depicted the tragic events that have happened and still happening inside Tibet under China’s oppression. He said that the interest and support of the Taiwanese people send a message of hope and strength to the Tibetans inside Tibet.

The exhibition hosted by the Human Rights Network for Tibet and Taiwan and Students for a Free Tibet-Taiwan will continue till 9 October. 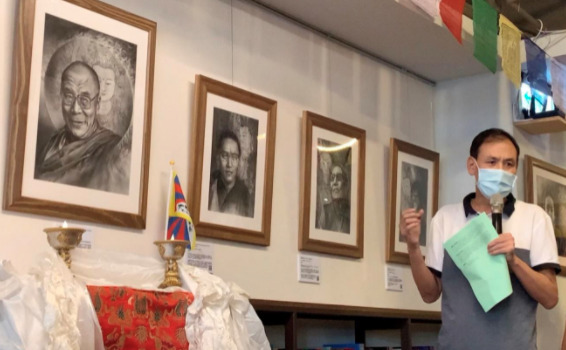 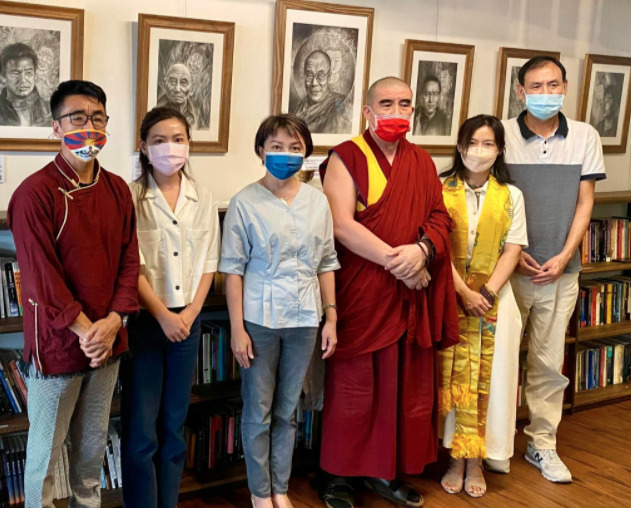