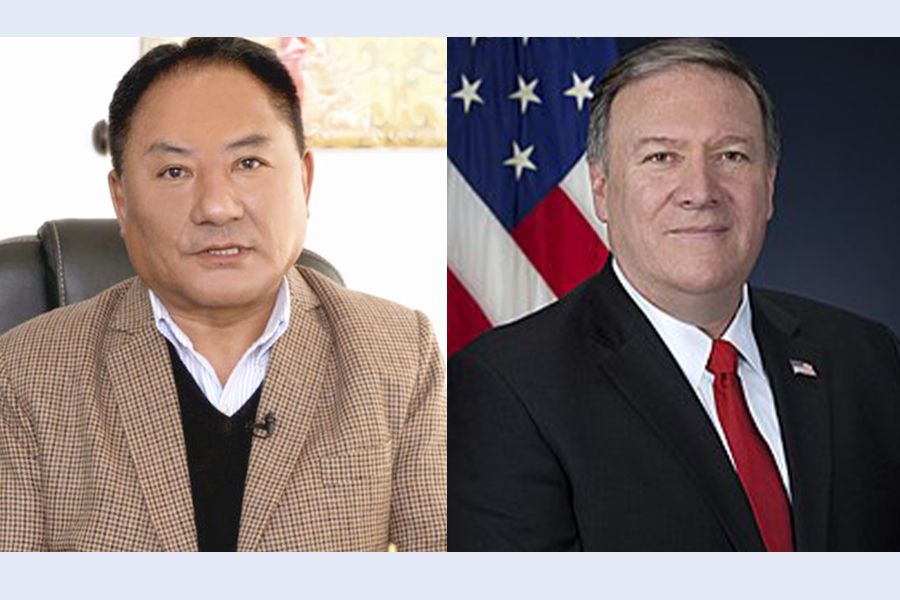 Speaker Pema Jungney welcomes the designation of US Special Coordinator for Tibetan Issues.

Dharamshala: Speaker of the Tibetan Parliament-in-Exile, Pema Jungney welcomed the designation of the current Assistant Secretary Robert A. Destro of State in the Bureau of Democracy, Human Rights and Labor as the sixth United States Special Coordinator for Tibetan Issues.

In a letter written to the US Secretary of State Mike Pompeo, the Speaker wrote, “We are extremely honoured to learn that your administration has appointed Mr. Robert A. Destro, an Assistant Secretary of State for Democracy, Human Rights and Labor, as the new Special Coordinator for Tibet’s issue which has been vacant since 2017.” Read here.

“On behalf of the 16th Tibetan Parliament-in-Exile and the Tibetans in Tibet and around the world, I would like to thank you, the people, and especially the government of the United States from the depth of our hearts for extending staunch support towards our struggle and cause.”

“As you have witnessed, since the illegal invasion of Tibet by the People’s Republic of China, Tibetan culture, language, and history are under utmost threat from the massive destruction, oppression, and brutal regime of Communist China. They are grossly violating all the basic human rights in Tibet with the key intention to eradicate the Tibetan Identity and history from the roots. Since coming into exile, we have been taking the responsibility to preserve and promote our distinct identity but in doing so, we are facing difficulties under the constant threat and illegal policies imposed by Communist China, especially to the Tibetans inside Tibet. Therefore, we need support from the global nations for the continuity of Tibetan movement which stands for just and truth,” he wrote.

“Amidst the global uncertainty brought upon by this ongoing pandemic, we are delighted to learn about this appointment which brings out the ray of hope for the Tibetans in Tibet and around the world. I am certain that this appointment sends a strong message to China to come forth for the peaceful dialogue with His Holiness the 14th Dalai Lama or his Representatives which has come to standstill after the 9th round of Negotiations in January 2010. This step will also help promote the policies that protect the distinct identity of Tibet and safeguard human rights situation inside Tibet.”

The Speaker concluded by stating, “With this, I would like to once again extend my heartfelt gratitude to you and the US government. We are hopeful to witness great work through this appointment towards Tibetan issues. Wishing you the best for your future endeavours.”