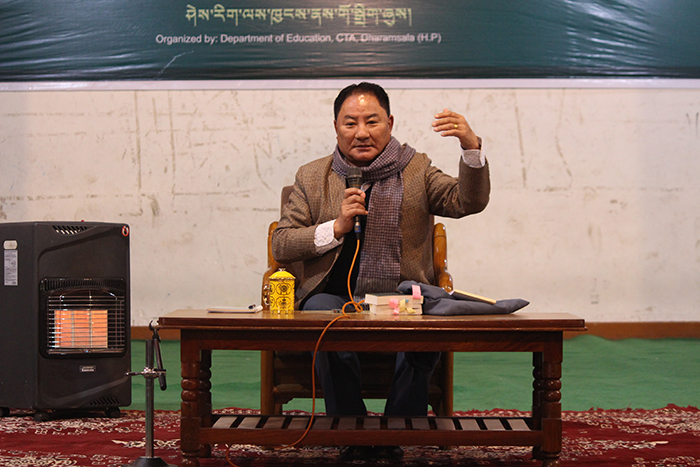 A total of 269 students from 28 schools with 28 teachers are attending the workshop on Leadership programme organised by the Department of Education of Central Tibetan Administration.

Speaker extended his warm greetings to the participants and gave an in-depth presentation on Tibetan democracy.

He began by describing the first step taken by His Holiness the 13th Dalai Lama to introduce a democratic reform in the Tibetan system but which didn’t materialise as per His vision.

“Then after the enthronement of His Holiness the 14th Dalai Lama, He appointed Reforms Committee by introducing administrative and land reforms in Tibet as a step towards democracy but then due to the bad obstacles or rather the illegal occupation of the People’s Republic of China, this sensible vision didn’t make it and so only after coming to exile, democratic reform was set up under the great vision and leadership of His Holiness the 14th Dalai Lama.”

He continued, “The structure of our democratic polity portrays with three pillars which are Executive (Kashag), Legislative (Tibetan Parliament-in-Exile) and Judiciary (Supreme Justice Commission). Among these, Kashag was set up first. In earlier days of our exile, there were some of our office staff based at Kalimpong who came to visit His Holiness at Mussoorie and His Holiness suggested having a spiritual and a political based democratic administration and advised on assigning offices according to that.”

“Then onwards, Religion, Home, Foreign Relations and Finance came into effect. These offices were assigned to the respective Cabinet ministers (Kalon). Thus Kashag was set up on 29 April 1959,” Speaker said.

Whereas regarding the formation of Legislative, he said, on 3 February 1960, 27 representatives from three traditional provinces of Tibet and four religious schools of Buddhism came together at Bodh Gaya and offered Long life rituals to His Holiness and took a promise in front of His Holiness. They requested His Holiness to be the Head of the State and promised to stay united and will follow Him unconditionally.

“To this, His Holiness emphasized following the electoral base administration. His Holiness even guided on electing three representatives each from respective provinces and one from each of four schools of Buddhism. Those elected representatives took oath on 2 September of that year as the Commission of Tibetan People’s Deputies (CTPD) and from this day onwards, the date is observed and celebrated as the Tibetan Democracy Day,”

Further, Speaker stressed that there was no Tibetan parliamentary secretariat during the 1st CTPD. After the oath ceremony of the parliament members, departments are distributed and thereon, they functioned accordingly. 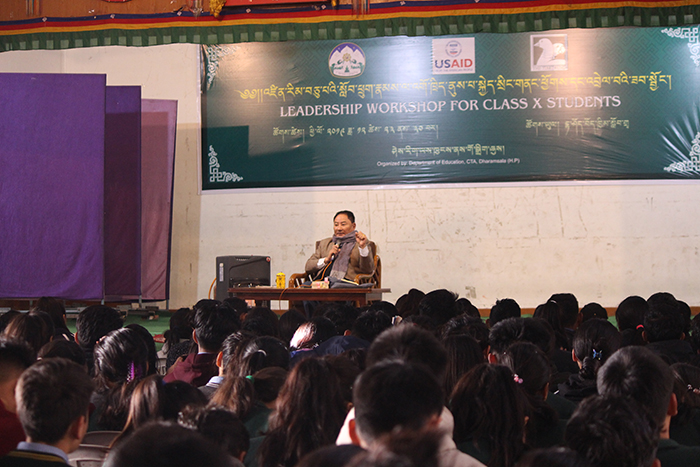 “After the second CTPD, the start of appointing Speaker and deputy speaker came into effect. They functioned by dividing the departments. The office of the Tibetan parliament started from the third CTPD. There were no rules and regulations until the 4th CTPD. But during the 5th CTPD, Tibetan Election Law was enacted by looking at the Indian law and was promulgated. Then in sequence, Rules on Tibetan Public Civil Servant was ordained. From 1st to 7th CTPD, the term was for 3 years and after the 8th Assembly of Tibetan People’s Deputies (ATPD) the tenure extended to 5 years.”

On 10 March 1963, Consitution for Future Tibet was proclaimed worldwide and in those extracted 77 Articles, it asserts freedom as the basic foundation for future Tibet. The Constitution was designed accordant to the free nation’s constitution that in the near future, after getting freedom, Tibetans in Tibet will follow the democratic system of administration. His Holiness even suggested adopting the democratic system in the exile administration.

Until 10th ATPD, there were no parliamentary proceedings like these days but there is a National Working Committee wherein the deputies, members of Kashag and the administrative heads met and discussed on the reports presented. Accordingly, they formulated significant decisions and policies and then these matters were apprised to His Holiness the Dalai Lama and on getting approval, these matters were executed. In 1970, the Tibetan Youth Congress then called the Tibetan Youth Organisation petitioned for the Deputies of ATPD to be elected by the combined electorate of all three provinces and four religious schools. This suggestion was accepted to be followed before the election of the 8th ATPD but could not carry forward.

“During an audience, His Holiness advised and guided the deputies to democratically elect the 10th ATPD deputies within a year. The 9th ATPD served for one year and the deputies for the 10th ATPD were elected by the people as per the electoral structure laid earlier. During the Special People’s Congress on 11 May 1990, His Holiness advised on setting up a Constitution Drafting Committee and voting of Cabinet ministers through election. In following that, Kashag and ATPD members were declared dissolved and an interim Kashag was elected to hold the office until the declaration of the new Charter. A Drafting Consitution Committee was set up and thus in 1991, a Charter was adopted during the 11th ATPD. The 12th ATPD onwards, the deputies took the oath by swearing in to abide by the Charter of Tibetan in exile.”

“In 2001, as per the suggestion of His Holiness, the first-ever Chief of Cabinet (Kalon Tripa) was directly elected by the people and from there onwards, such a system is implemented. Then, followed with the greatest landmark in Tibet’s history, i.e. His Holiness vested all his political authorities to the elected leadership so as to benefit Tibetans in the long-run and to pave the way for the Tibetans to practise full democratization process,” the speaker concluded. After the detailed presentation, he engaged the students in a Q&A session. 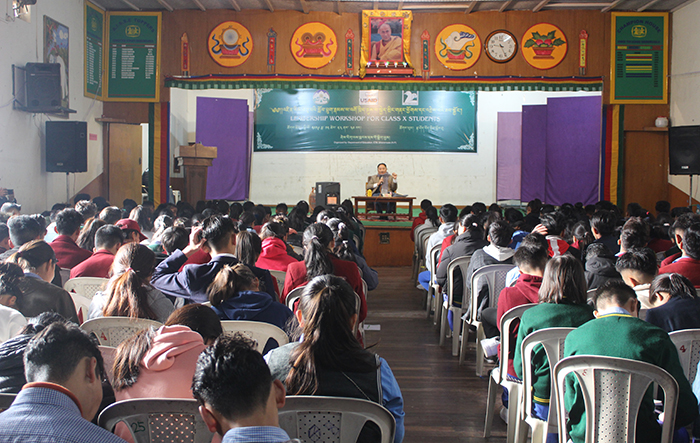