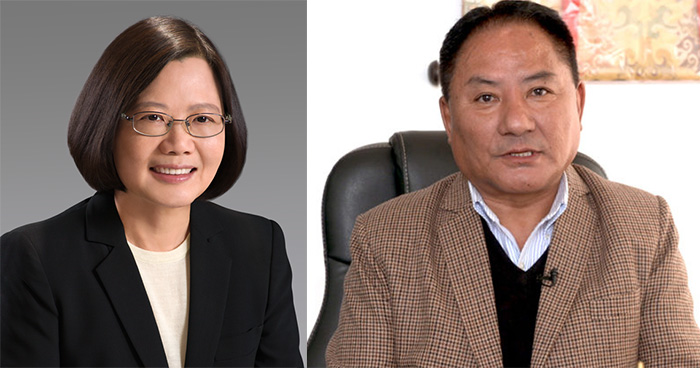 Dharamshala: Speaker Pema Jungney today wrote to the Dr Tsai Ing-Wen, offering his congratulations on behalf of Tibetans in and outside Tibet and Tibetan Parliament-in-Exile, for being elected as the President of Taiwan for the second time with a landslide victory.

In the congratulatory letter, Speaker wrote “Despite Chinese government’s repetitive forces against the people of Taiwan to deter from choosing a free democratic way of life. The victory of President Tsai Ing-Wen with the highest votes in the history of Taiwan is a backlash against China’s policies.This victory testifies your outstanding leadership and your commitment towards leading a democratic governance in Taiwan. My felicitation and appreciation also goes to the people of Taiwan for their utmost strength in fighting against all odds and opting for a secured free administration for the betterment of their future.”

“Besides, the people and the government of Taiwan has been a great supporter of Tibetans and the just cause of Tibet for a long time. I hope it will be continued under your leadership as well. We are sincerely seeking for genuine autonomy within the framework of the Chinese constitution.”

“Tibetan parliamentary delegation comprising of four members are presently in Taiwan to extend warm greetings to you and your government and to update the critical situation going on inside Tibet under the repressive rule of the Chinese authorities.”