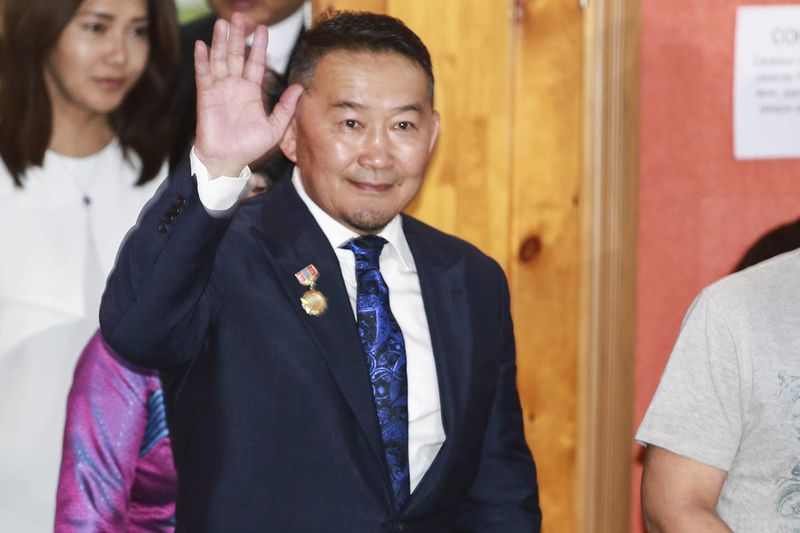 “On behalf of all the Tibetan people, both inside and outside Tibet, kindly accept our heartfelt congratulations on your victory in the presidential elections,” he wrote in the congratulatory letter.

“Your country and Tibet had always shared a cordial bilateral relationship based on the long established historico-cultural and religious ties.”

“Tibetan Parliament-in-exile once again, on behalf of every Tibetan, would like to congratulate you and wish you with all the success as you take up the responsibilities and challenges of your high office. We hope that the centuries old bond translate for the better and the support from both your government and public to our cause continue perennially.”

“May Mongolia’s economy and society continue to develop as intensely as you have envisioned under your leadership,” he said. 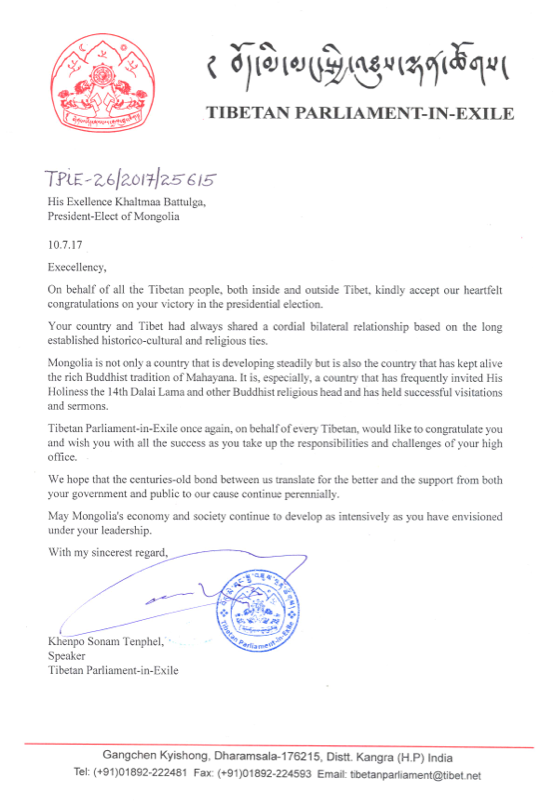