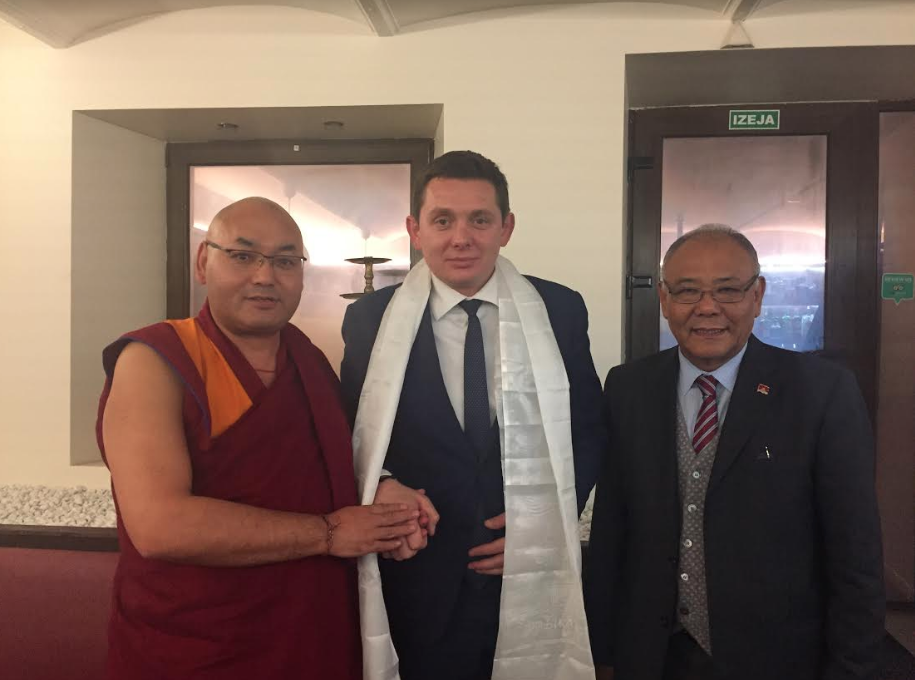 Riga, 16 November 2018: Khenpo Sonam Tenphel, Hon’ble Speaker of the Tibetan Parliament-in-exile, arrived in Latvia’s capital city of Riga on 13 November on his maiden visit for official engagements at the invitation of Latvia for Tibet, the Tibet Support Group in Latvia.

Sonam Tsering Frasi, Representative of His Holiness the Dalai Lama for Northern Europe, the Baltic States & Poland; and Janis Martins Skuja, the chairperson of Latvia for Tibet, welcomed the Speaker upon his arrival at Riga airport.

The Speaker on 14th November held an hour-long meeting with Hon Artuss Kaimiņš MP of the “KPV LV”, who had received the second highest number of votes for an individual MP in the just-concluded general elections. The Speaker congratulated Hon Artuss Kaimiņš MP on his election victory as well as on the celebration of 100 years since the birth of Latvia as an independent country.

Driving home the importance of having an effective voice for Tibet in Saeima, the Latvian parliament, the Speaker called upon Hon Artuss Kaimiņš MP to re-establish the Latvian Parliamentary Support Group for Tibet, of which he was a member in the previous Saeima.

Hon Artuss Kaimiņš MP thanked the Speaker for visiting Latvia and for his wishes. He assured the Speaker of his continued support for Tibet and his best efforts to help re-establish the Latvian Parliamentary Support Group for Tibet at the earliest possible.

The Speaker apprised Hon Artuss Kaimiņš MP of the current tragic situation inside Tibet, including the  Tibetan self-immolations and lack of basic rights for Tibetans inside Tibet. He also highlighted the importance of protecting Tibet’s fragile environment not just for Tibetans but for the world at large. He requested Hon Artuss Kaimiņš to help advocate the cause for Tibet in Saeima and to urge the Latvian government to support the Middle Way Approach and to call for resumption of earnest negotiations between the envoys of His Holiness the Dalai Lama and the Chinese leadership.

The Speaker met separately with the Tibet supporters of Latvia & Lithuania; during which he thanked them for their support and urged them to continue with the same vigour. He visited Ganden Centre in Riga where he interacted with their members.

Having been welcomed to the Riga City Council, the Speaker visited the Council on 16th November, where he held a meeting with five City Councillors, belonging to The New Conservative Party, in the portrait room.

The Speaker thanked the Councillors for the meeting and congratulated the Latvian people on their centennial celebrations. Referring to the parallels between the Latvian experience during their subjugation under the Soviet Union, the Speaker noted how the Chinese authorities were carrying out policies detrimental to the freedom of language, culture and religion for Tibetans inside Tibet, resulting in more than 150 self-immolations. He called on the support of those sympathetic to Tibet in the Riga City Council to urge their government to raise human rights situation inside Tibet during their dialogue and dealings with China.

The Speaker departs for Brussels on 18 November to continue his Europe visit. 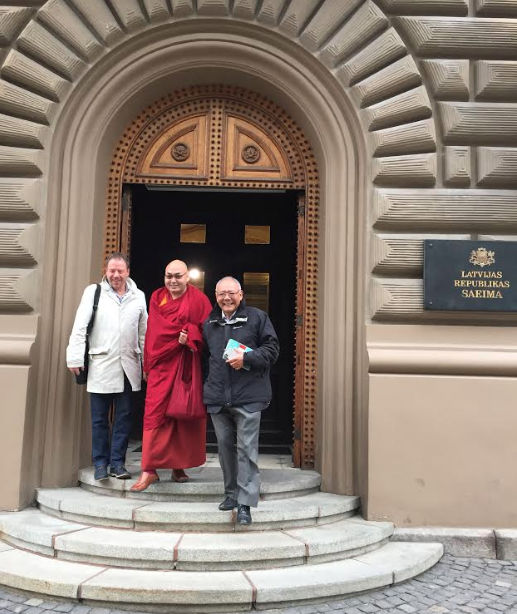 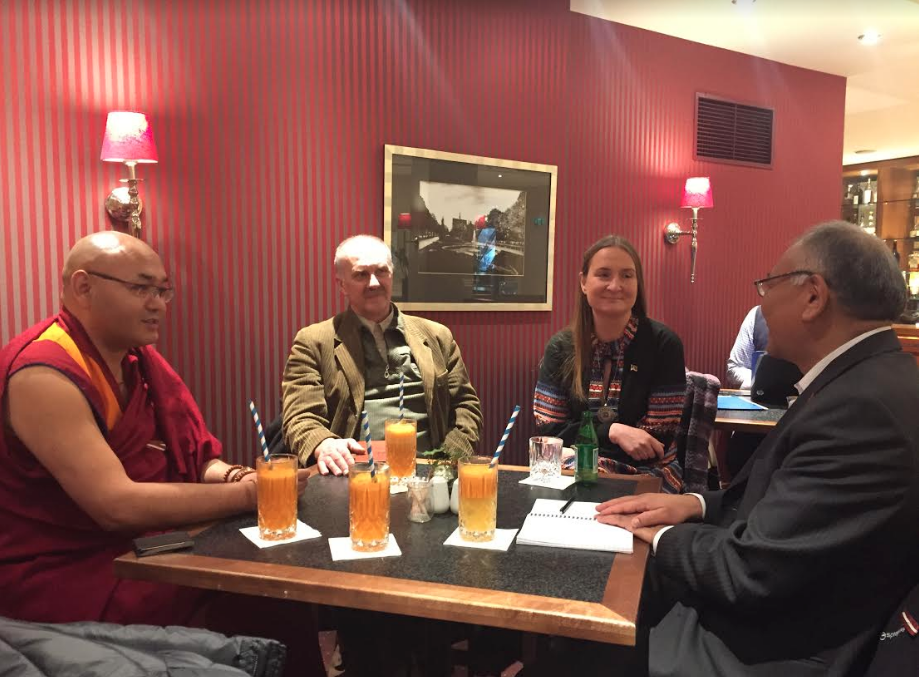 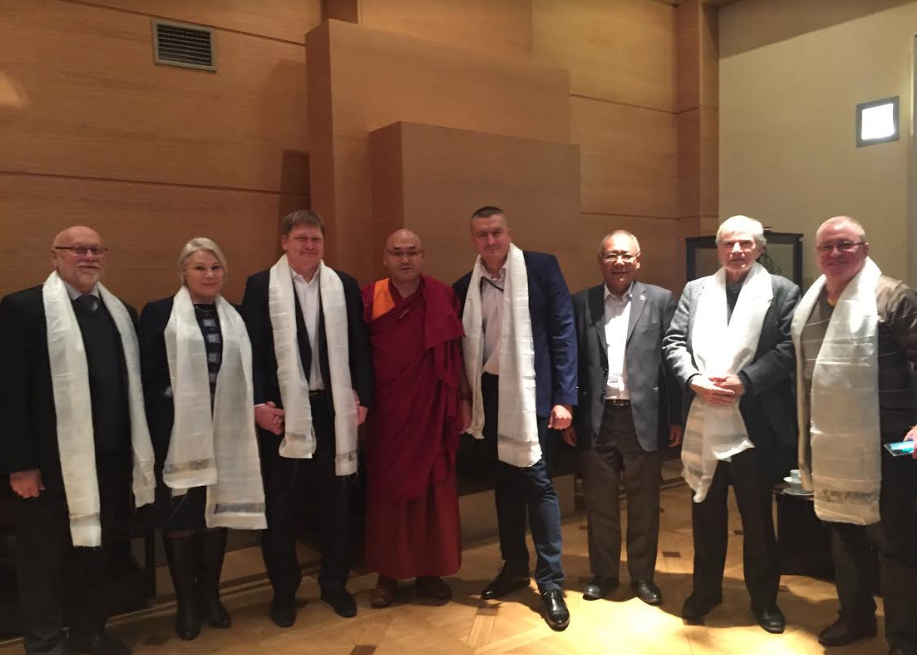