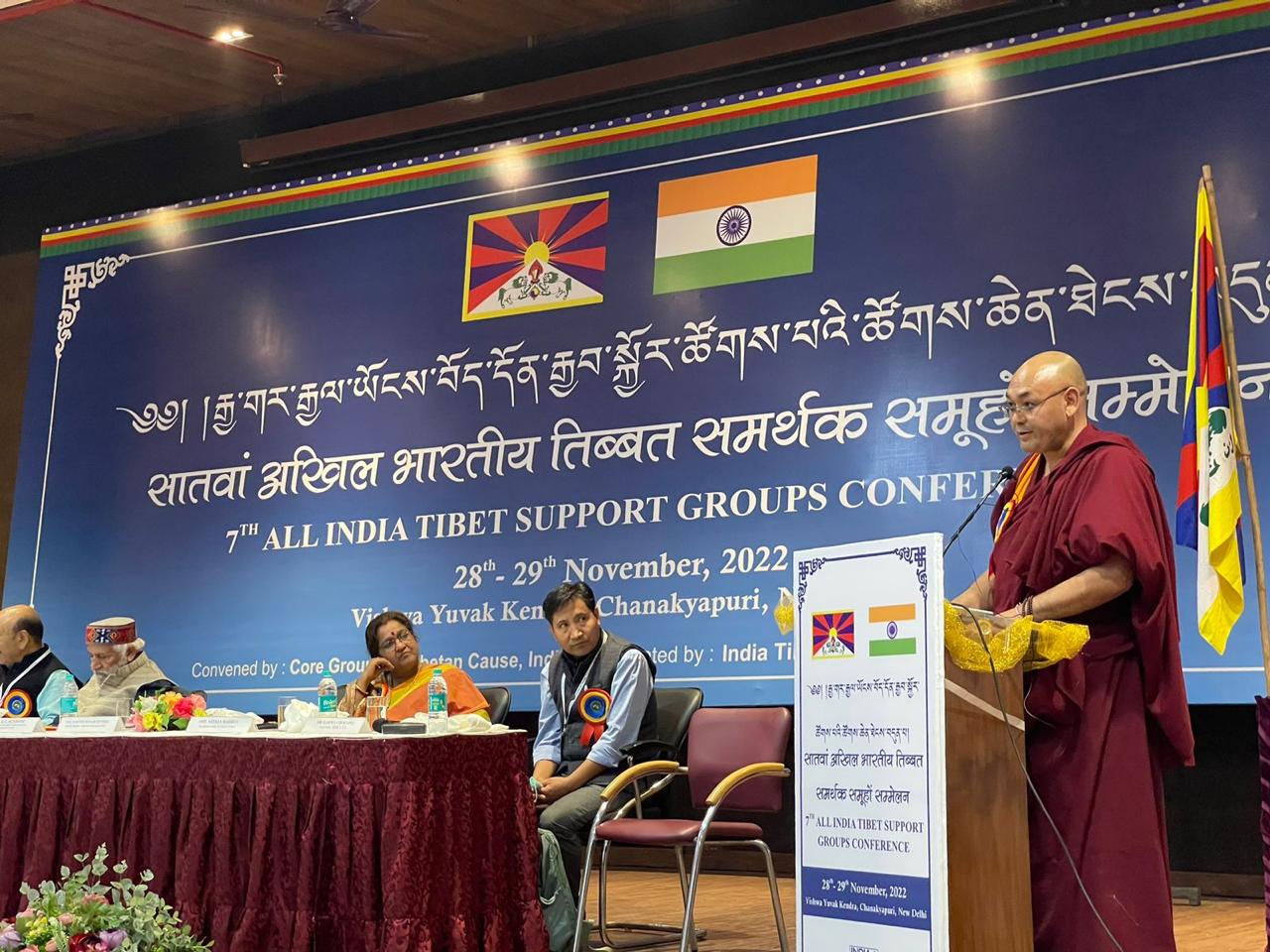 Core Group for Tibetan Cause – India (CGTC-I), the apex body of all India Tibet Support Groups (TSGs) is the most active group who has actively carried out activities to keep the Tibetan movement alive all over India.India being our home and Guru for more than last 60 years has done so much for Tibet that we are always grateful for all the support that we have received over the past years. India is the only country who held our hand when we needed it the most therefore we are indebted to Indian government and its people.

Tibet and India share a strong bond culturally, geographically and historically. His Holiness the Dalai Lama often describes our relation as Guru and Chela. India being a guru for bringing Buddhism in Tibet and now Tibetans being a reliable Chela for reviving the Ancient Indian Knowledge back to its land. Hence, our relationship is embedded with friendship, love, respect and brotherhood dating back to ancient times.India’s consistent and unwavering support remains our great source of hope and inspiration in our movement and Core Group plays a very significant role in bringing our movement to the front line and keeping it alive in India.

The conflict between Tibet and China is not an internal affair as China claims. It is an International concern as China is breaching the International law of human rights and has been showing its power in the international arena disrespecting the international laws. China is not only applying its authoritative regime inside Tibet but it has been playing with the whole world with its brutal regime especially with its neighbours including India.the border tension has increased since the China- India military face-off in the Galwan Valley on June 15 2020, threatening the national security and integrity of India. Thereafter the deadliest military confrontations between the two nations since 1962. India lost lives of around 20 soldiers in the Galwan Valley during the face-off. Tibet remained a buffer zone until it was occupied by People’s Republic of China. By illegally occupying Tibet, China has forcefully shifted the traditional borders between India and Tibet into the Sino-Indian boundary. Sino- Indian conflict over the Indo- Tibetan border remains as one of the longest geopolitical disputes in Asia and the  centrality of Tibet is a key factor in resolving the China-India conflict.Therefore it is not possible for India to avoid Tibet as Tibet remains the key factor in Sino-Indian conflict. The need to resolve the issue of Tibet is imperative for India’s stability and peace with China.

After wrapping the Chinese Communist Party’s 20th National Congress, the least surprising and most expected outcome was Xi Jinping securing his office for the third term. In 2018, Xi Jinping engineered a constitutional reform that eliminated the previous two-term limit on the Presidency which means he can now rule indefinitely.His leadership poses threat to not just the minorities, but the Chinese atrocities could have a global impact threatening the national securities of the countries around the world including India.The whole world has also recently witnessed China’s inhuman and brutal regime during the outbreak of the Pandemic. China was irresponsible for playing with so many lives. They lacked transparency leading to trust-deficit from the whole world and the problem hasn’t ended in Tibet yet. China is continuing to suppress Tibetans under the Zero Covid Policy, disabling the mobility of the Tibetans within Tibet and putting them inside four walls with no access to the outside world.

Although China is considered to be one of the most powerful country economically but this cannot be a reason to breach all the international laws.China cannot survive alone in this world. we are all interdependent to each other therefore we must not let this go because in the end the China’s misbehaviour and misdeeds are going to impact the whole world.At the environment front, destruction by PRC in Tibet is impacting the neighbourhood countries, downstream nations and the whole world at large.China’s lofty claim of developing Tibet, in reality has exploited the environment by sudden decrease in wild life by killing and hunting the animals, excessive deforestation, Water pollution from toxic mine waste, and damming on the natural rivers. China claims that they have spent millions on environmental conservation projects but they have earned much more from mining and other resource extraction activities in Tibet.Therefore whatever China is doing in Tibet is only for their benefit in the name of development. China is also carrying out extensive infrastructure development in Tibet by building highways, rail links and airports aimed at military usage. These unprecedented expansion have significantly enabled the war waging capabilities of China, including against India.

Therefore, there is the need for all the stakeholders to work multilaterally to contain the ambitious PRC.I am well aware of the works that members of Core Group carry out to strengthen the Tibetan movement. The Core Group acts as the mediator between the Tibetan Cause and India, by bringing Tibetan cause closer to the Common Indian people. I am also very happy to learn that the 7th All India Tibet Support Groups Conference deliberated on important topics related to Tibet and it’s cause.I would like to thank each one of you for coming from your own places all the way to Delhi to attend this conference. Such large number of participants from across India shows the amount of support you have for our cause.

I conclude by thanking all the members for your contribution to the Tibetan cause and I hope you will continue to support our cause. I also congratulate the new executive members of Core Group For Tibetan cause- India. I wish you all the best and I look forward to working closely together with you all to achieve our goal. Thank you! Thank you very much.” 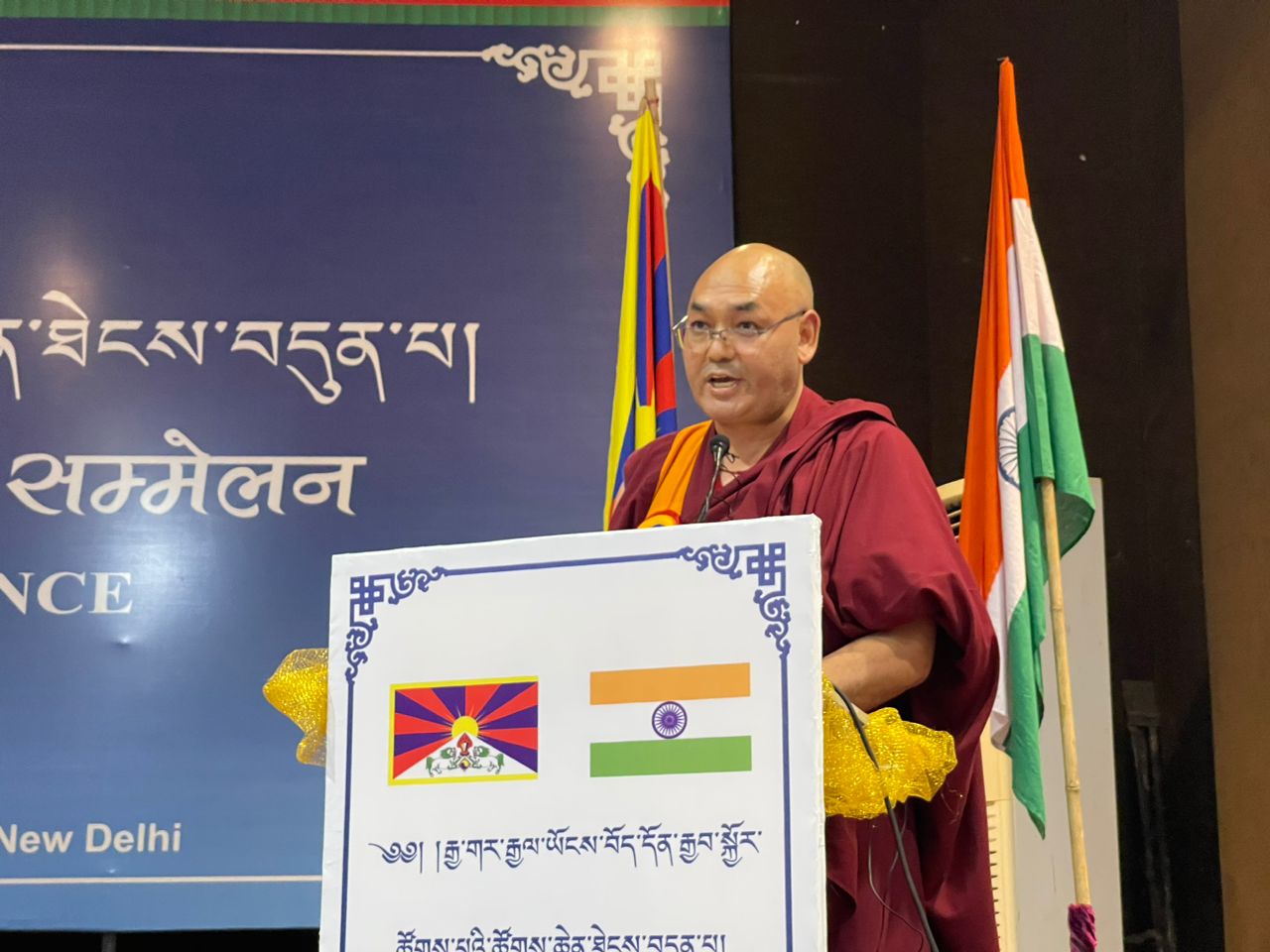 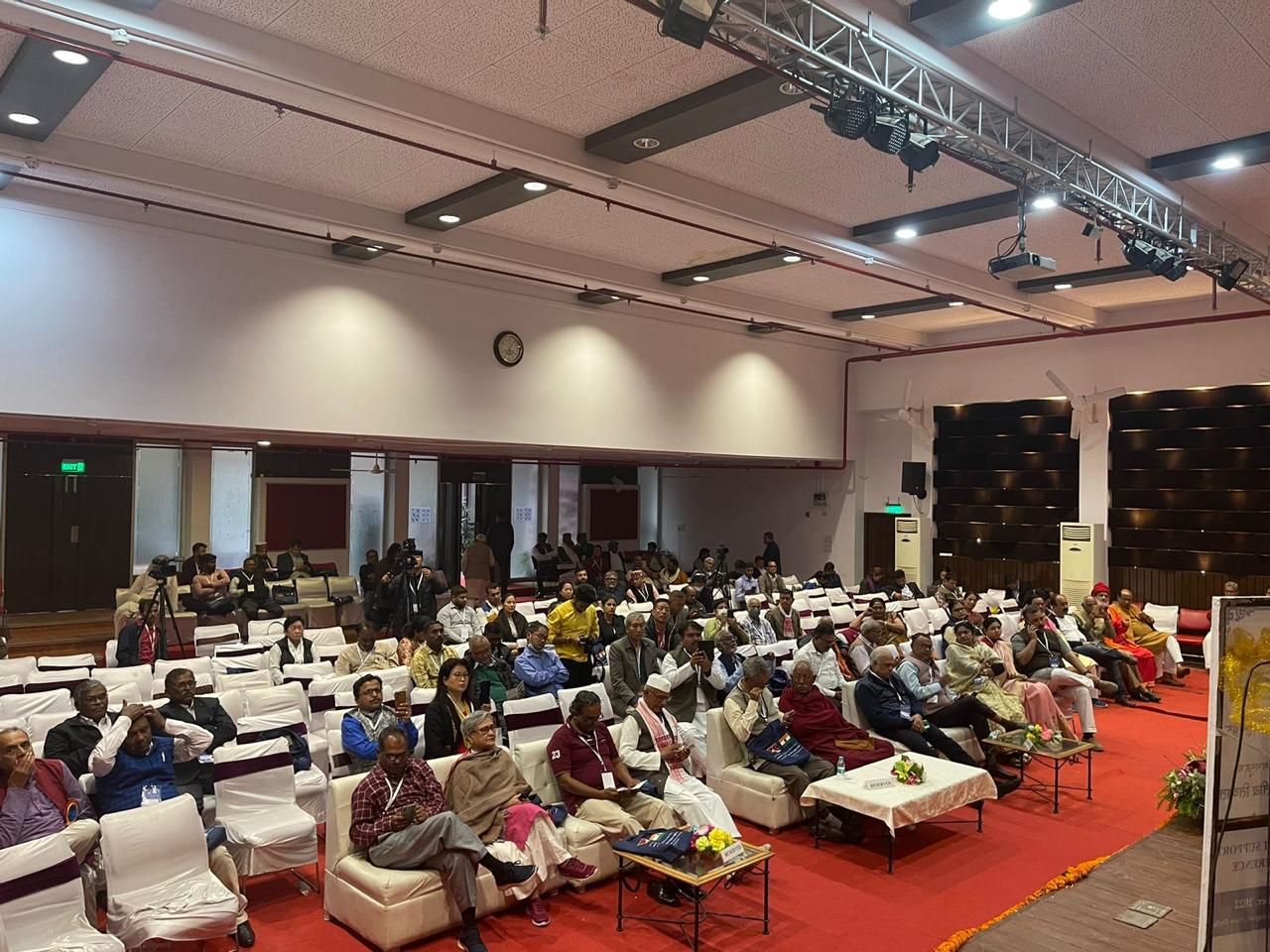 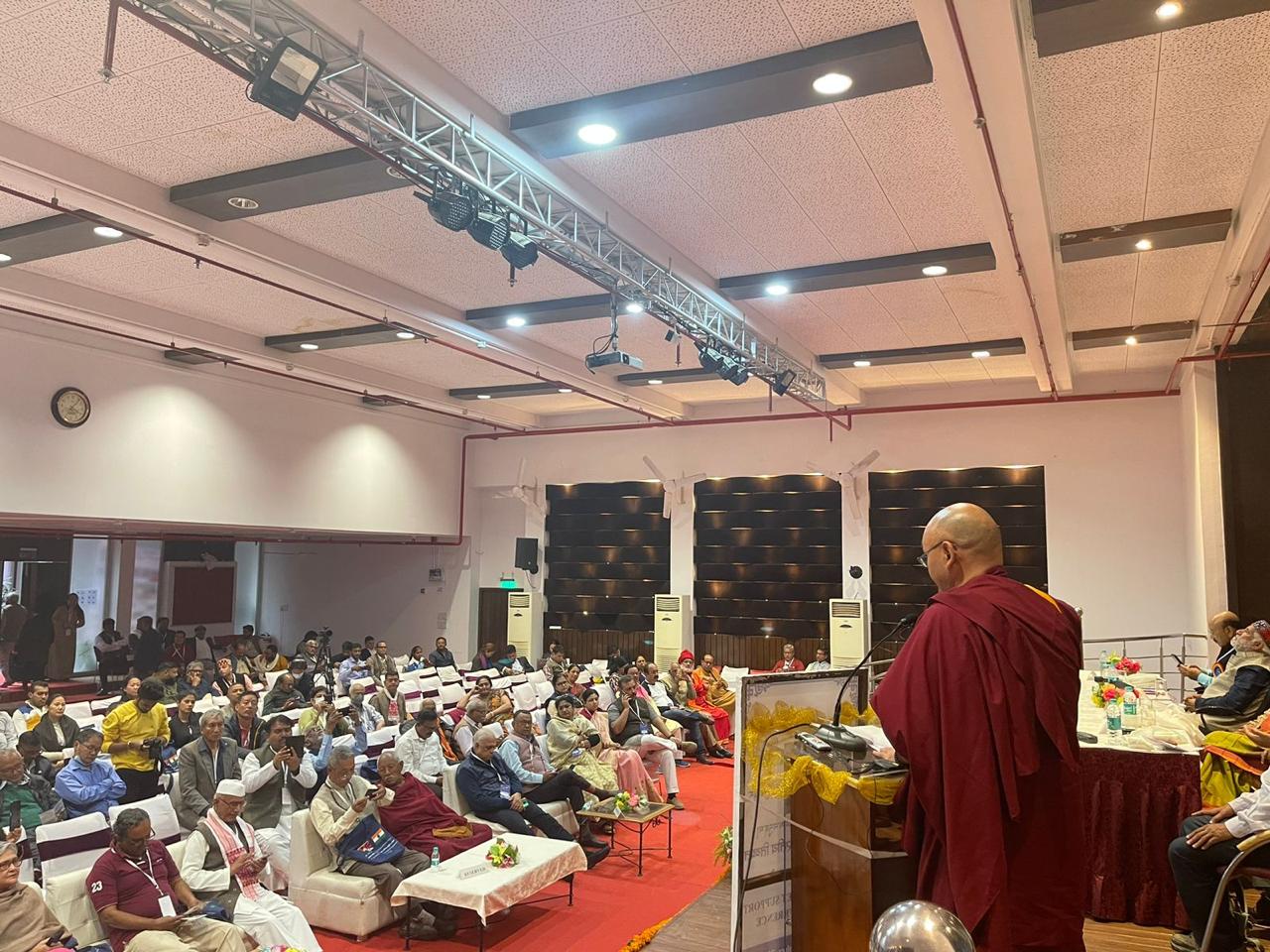