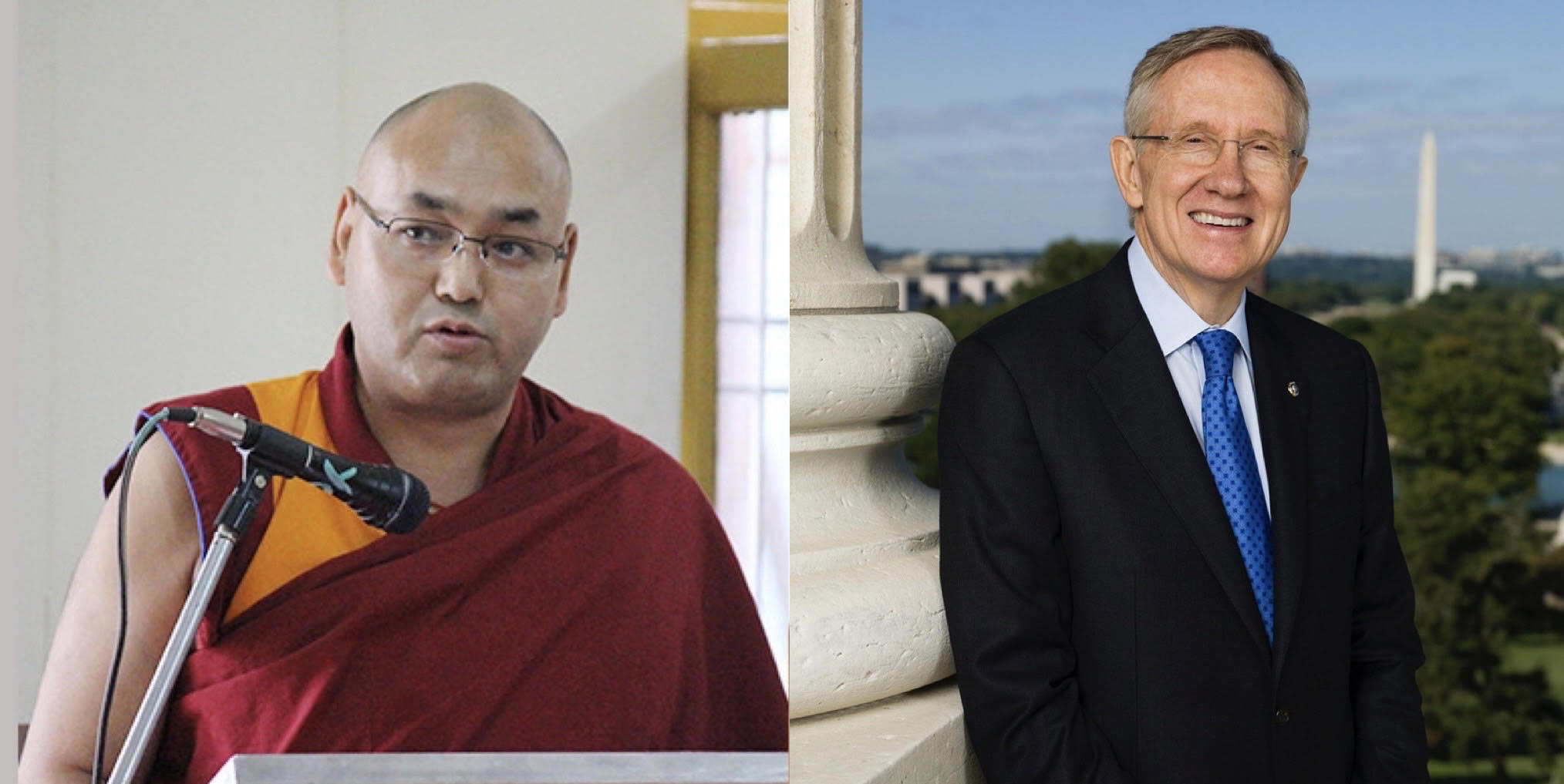 Dharamsala: Speaker Khenpo Sonam Tenphel, on behalf of the 17th Tibetan Parliament-in-Exile and the Tibetans all over the world, expressed his earnest and deepest condolence to surviving family members of the former US Senate Majority Leader Harry Reid, who passed away at the age of 82 on December 28.

In a letter written to Mrs. Reid, the Speaker wrote, “We Tibetans express our gratitude to Senator Harry Reid for his significant and staunch supports to the just cause of Tibet. His Holiness the 14th Dalai Lama was invited and welcomed to lead the opening prayer to convene the United States Senate in 2014 during Senator Harry Reid tenure as the Senate Majority Leader.” 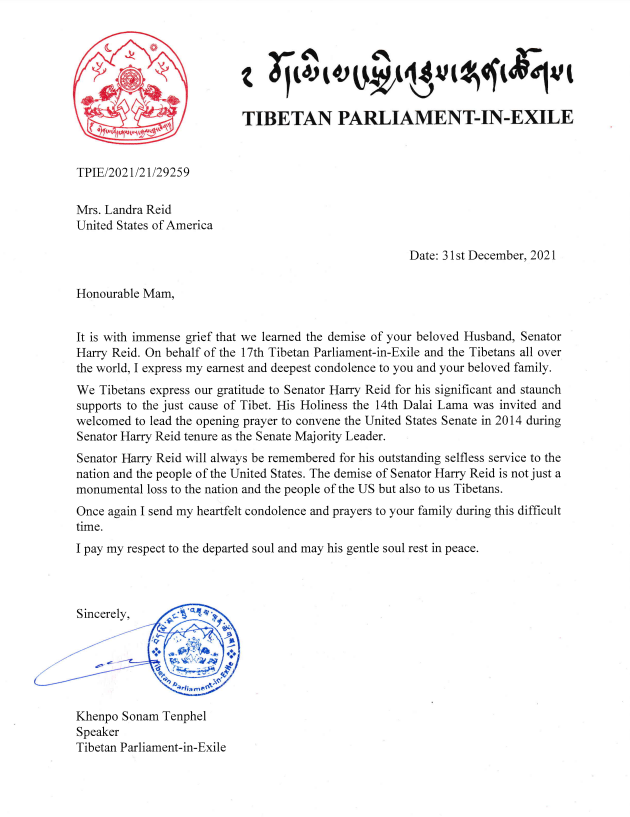