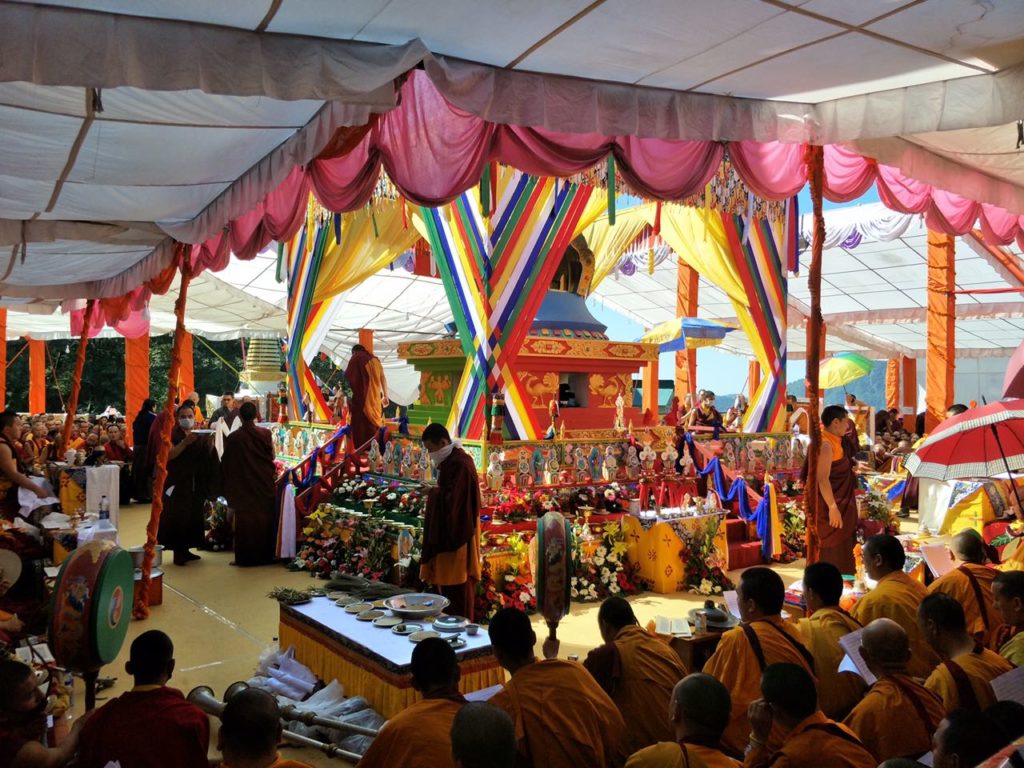 The cremation ceremony of the late Kyabje Taklung Tsetrul Rinpoche followed the rites and rituals enshrined in holy scriptures with the holy shrine surrounded by the high lamas reciting prayers.

Many of the lay people and followers from both local and abroad attended the ceremony.

Kyabje Taklung Tsetrul Rinpoche was born in 1926 near the famous Yamdrok Lake in central Tibet to father Namgyal Dorjee and mother Dorjee Dolma. Rinpoche was ordained at the Taklung Tse monastery when he was five years old and was recognized as an incarnation of the great master Ngok Chöku Dorje. He fled Tibet in 1959 and came to Sikkim where he spent two years at the Rumtek monastery then later traveled to a Tibetan refugee settlement in Shimla. Rinpoche received the highest Dzogchen teachings from Polu Khenpo Dorje, a direct disciple of Khenpo Ngakchung and in 2012 was appointed the head of the Nyingma tradition. He passed away in Bodh Gaya on 23 December 2015. 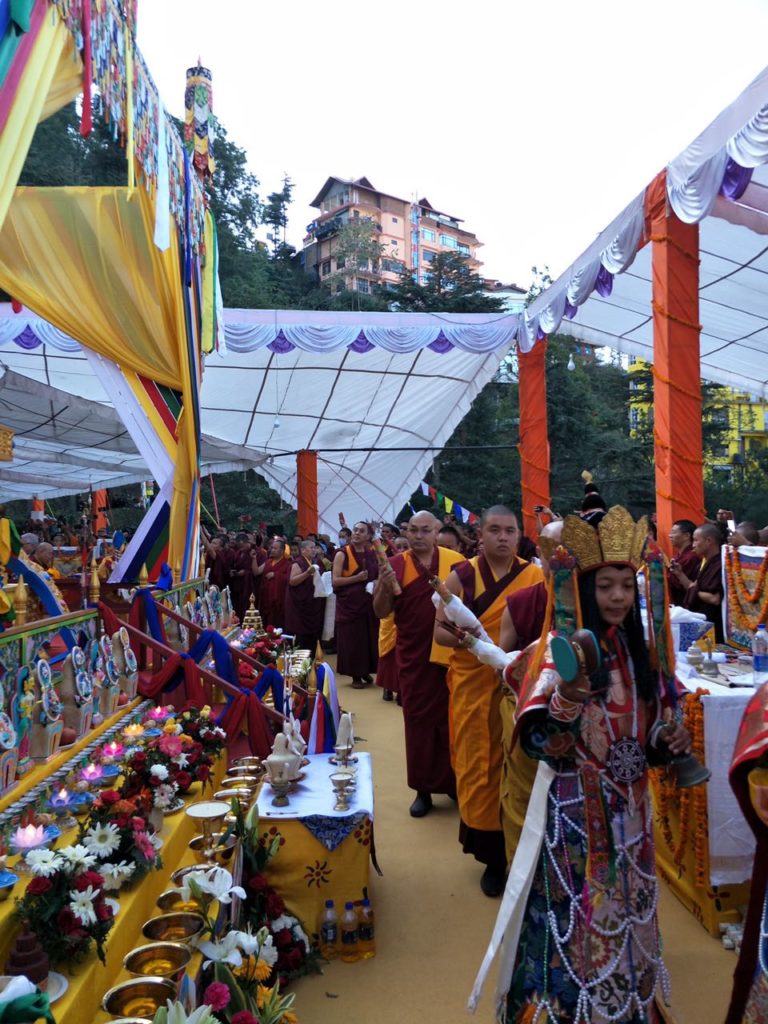