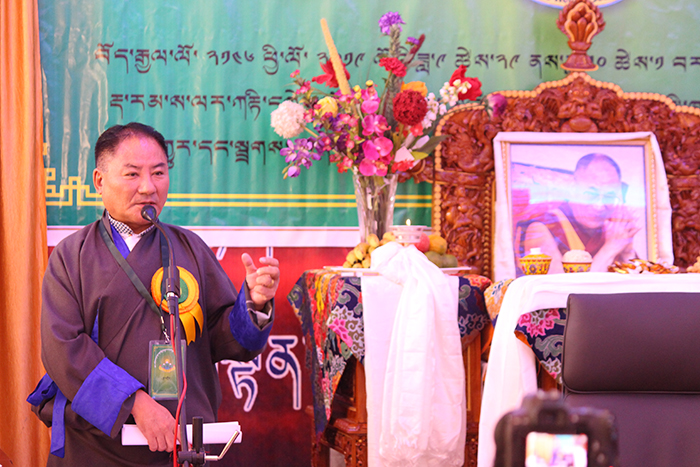 The opening ceremony was also attended by Parliamentarian Gewatsang Ngawang Tharpa, Tibetan Settlement Officer of Dharamshala, representatives of NGOs among others.

Speaker Pema Jungney lauded Dokham Yushu Welfare Society for being a connecting bridge between the Tibetans inside Tibet and those in exile, especially Tibetans of Ga Kyigudo Region, and for their philanthropic works.

He advised the members of the committee to work collectively towards the functioning and development of the Dokham Yushu Welfare Society. He also highlighted the importance of education in Tibetan society and advised them to help in the education of Tibetan students with financial constraints.

Speaker further addressed on preserving Tibetan language and at the same time emphasized on Tibetans to stay united in their efforts towards resolving the long-standing issue of Tibet.

He then recalled a letter from former Parliamentarian Drawu Pon Rinchen Tsering dated 24 July 2019 in which he raised the importance of using the Tibetan term ‘Ga Kyigudo’ for Yushu. The term Yushu is speculated to have originated from the Chinese word. Therefore, the Speaker asked the members to discuss the appropriate term.

Finally, he reminded them to follow and practice the advice of His Holiness the 14th Dalai Lama. 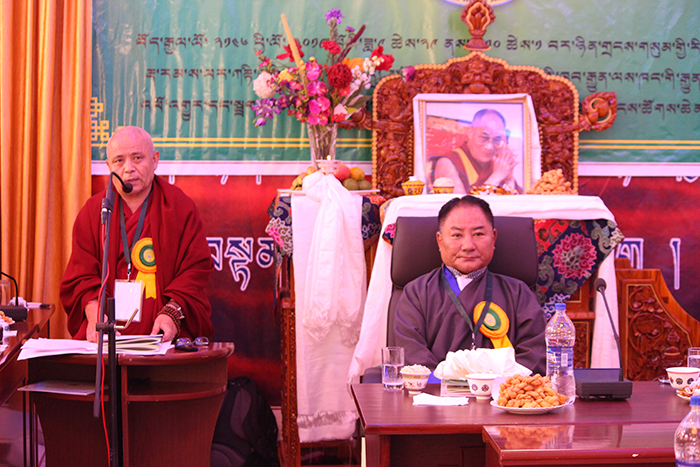 Special guest Deputy Speaker Acharya Yeshi Phuntsok said he was delighted to be invited again to speak at the gathering. Deputy Speaker was also a guest speaker at the launch event of the Dokham Yushu Society in 2016.

Referring to the Speaker’s remark on the usage of the Tibetan term ‘Ga Kyigudo’ instead of ‘Yushu’, Deputy Speaker instructed them to pay special attention while using new terms, which could have great consequences in future.

He appreciated the book published by the standing committee of Dokham Yushu Welfare Society that features compiled reports of the committee since its establishment in 2016 along with introductions to the region and its 6 counties.

At the same time, Deputy Speaker suggested the committee to compile current situations of the environment and religious freedom in Tibet.

He then touched upon the ten agendas of the meeting and encouraged them to pass resolutions and implement each of them.

The first six agendas focus on serving the Central Tibetan Administration, Tibetan unity and ensuring the long and active life of His Holiness the 14th Dalai Lama. Other agendas concern the education of Tibetan students.

He said, “With the blessing of His Holiness the Dalai Lama and kindness of elder Tibetans, the exile Tibetan population boasts of almost 100 percent of literacy rate and only approx ten percent of Tibetan exile population have not received school education.”

“Even though the Central Tibetan Administration provides education scholarship to all the Tibetan students, your organisation can also contribute in the field of Tibetan students’ education as per the agenda.”

He further gave the example of former Parliamentarian Gyalnor Tsewang, who provides scholarships to 100 students and suggested to contribute to Tibetan cause in any aspect.

Finally, he lauded the Dokham Yushu Welfare Society for its effort and contribution in the Tibetan freedom struggle and concluded his address by praying for the long life of His Holiness the Dalai Lama.

The ceremony concluded with thank you note from the Vice President of Dhokham Yushul Welfare Society. 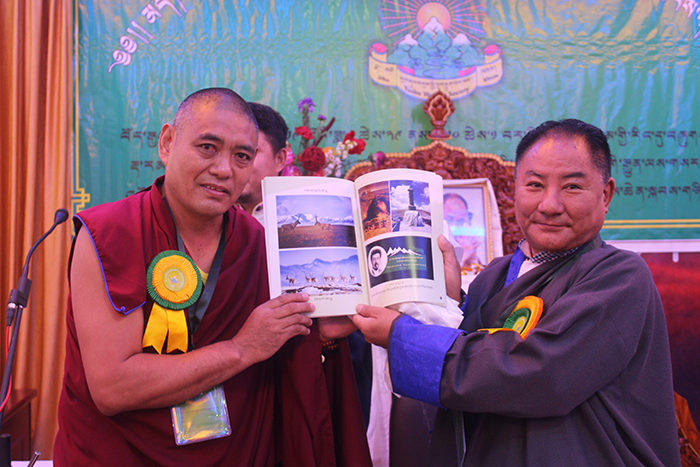 Speaker unveils the latest publication of the Dokham Yushu Welfare Society featuring compiled reports of the standing committee since its inception in 2016 along with introductions to the region and its 6 counties. 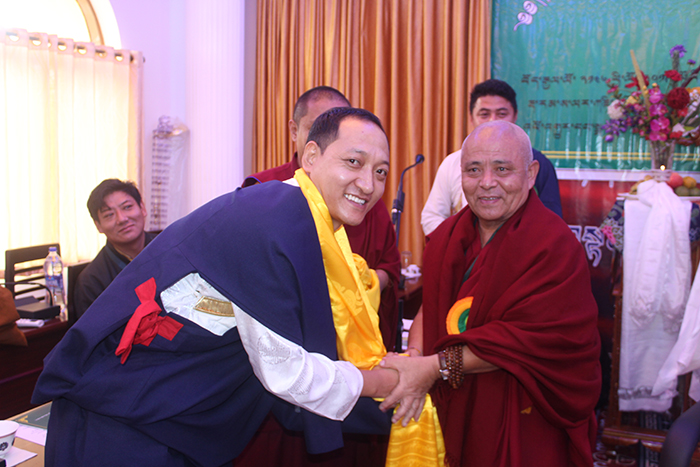 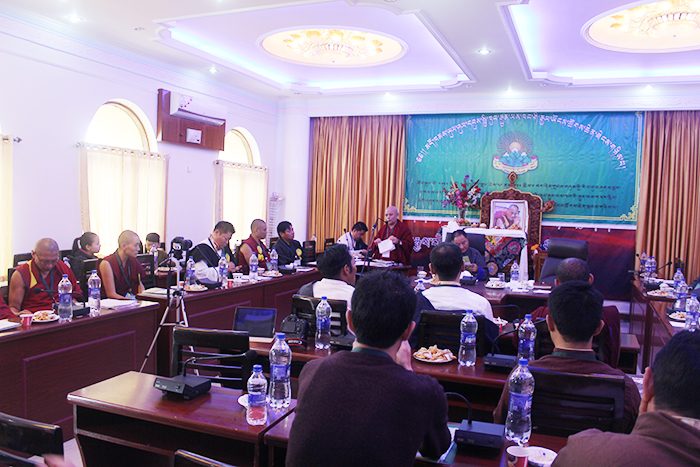 The opening ceremony of the 2nd General Meeting of the Standing committee of Dokham Yushu Welfare Society, 29 September 2019.