Sino-Tibet Issue is a Struggle between Forcefulness and Truthfulness: His Holiness the Dalai Lama to MPs of Baltic States 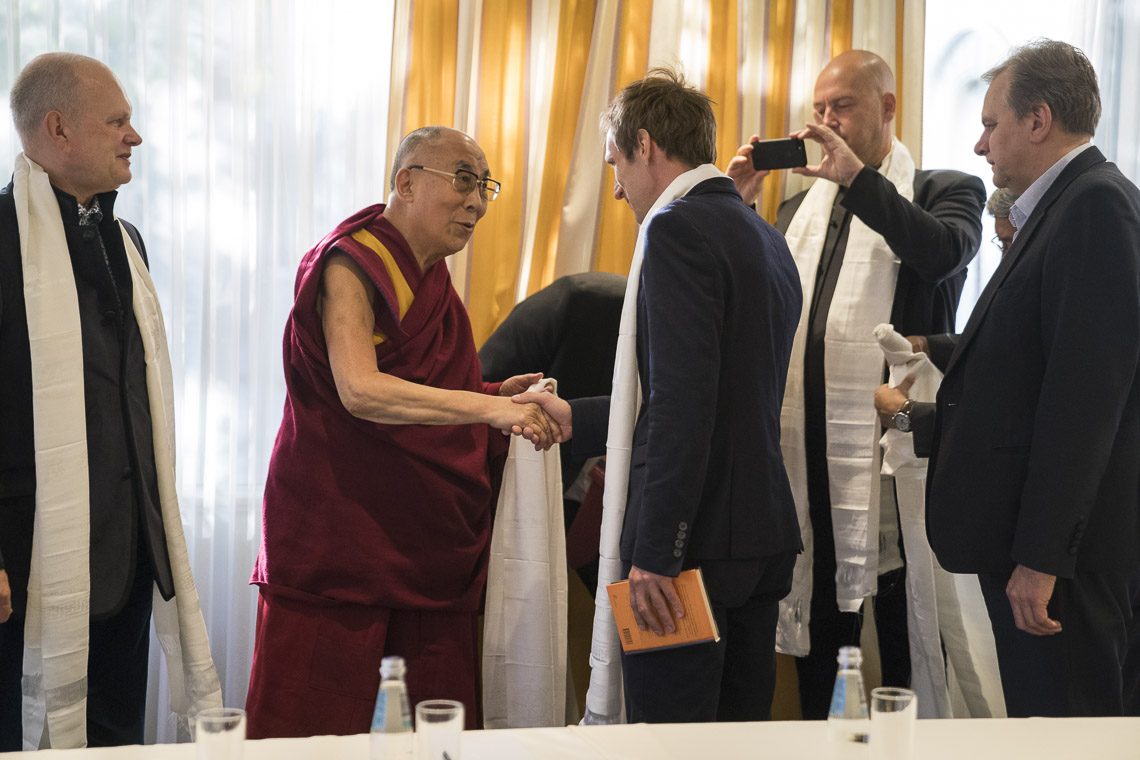 His Holiness greeting the parliamentarians of the Baltic States in Riga, Latvia on 24 September, 2017. Photo by Tenzin Choejor

Andris Buikis, Tibet supporter and Latvian Member of Parliament welcomed His Holiness and said that he and his fellow MPs shared the same understanding and support for the people of Tibet and what they are going through, since the Baltic states too were occupied by a foreign power for over 50 years.

His Holiness, recalling the past, mentioned the various efforts he had made in finding a peaceful solution to the Tibet issue following his escape from Tibet in 1959. 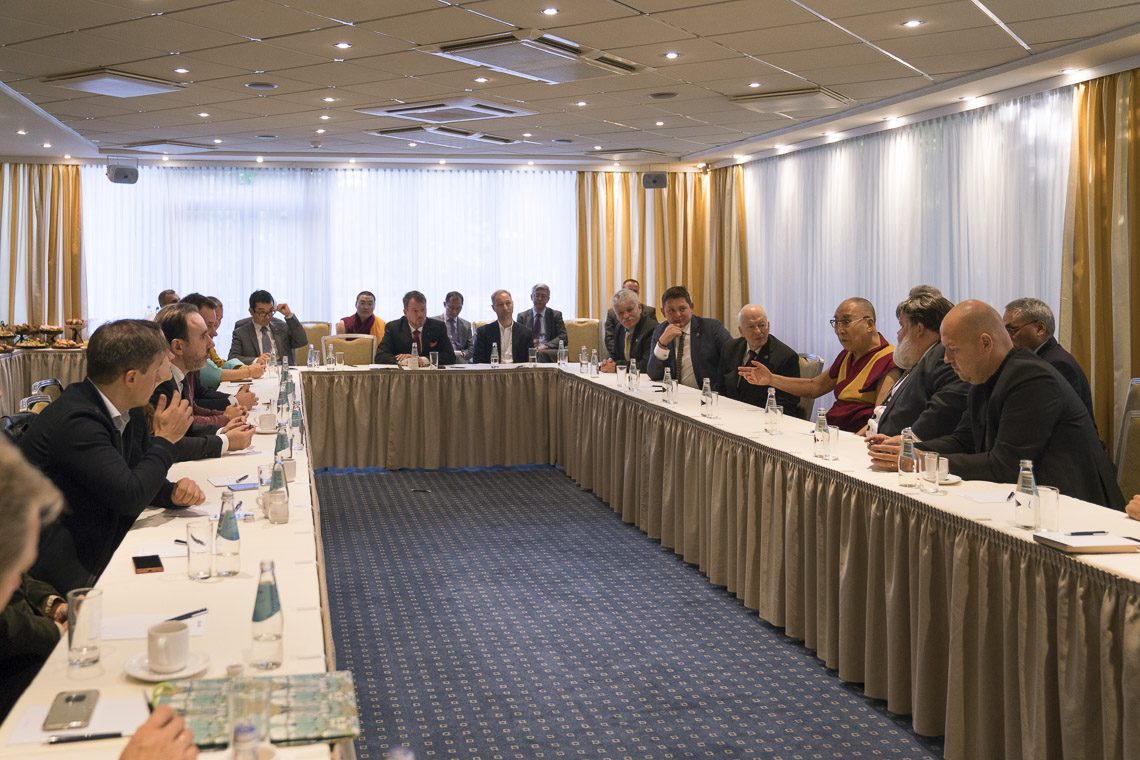 His Holiness addressing the Parliamentarians of the Baltic States in Riga, Latvia on 24 September, 2017. Photo by Tenzin Choejor

“I have lived in India for the last 58 years as a stateless refugee. However, I also gained access to the global community”, he added.

He clarified that dictatorial states have a short lifespan and lauded the Baltic States for seizing the opportunity in securing independence after the collapse of the Soviet Union.

His Holiness said, “I believe that sometimes smaller nations, which are no threat to China, can be more critical in what they tell them”.

“The Chinese authorities have used all sorts of methods to eliminate the Tibetan spirit, but human determination cannot be destroyed by force”, he added.

When questioned by the parliamentarians on how they could help with the Tibet issue, His Holiness replied by saying that they could seize the opportunity whenever it arises and express their concern for Tibet. He advised them not to believe in Chinese propaganda and see for themselves the situation of Tibet; its language, culture, education and ecology.

He stated that the Sino-Tibet issue is a struggle between force and truth. “The power of weapons seems vigorous in the short term, but the power of truth will always be stronger in the long run”, he concluded. 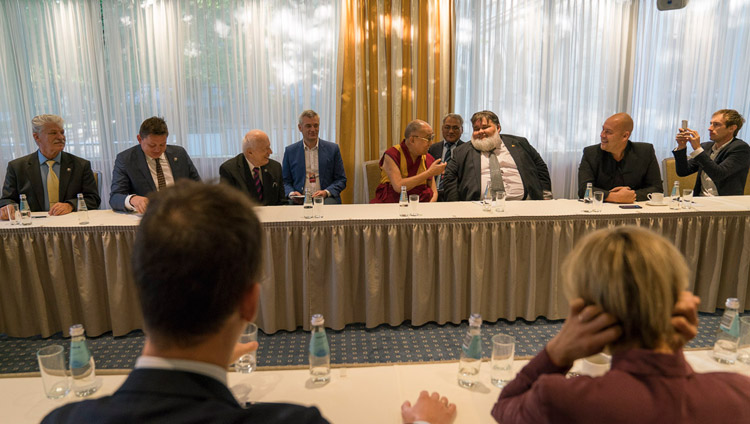 His Holiness the Dalai Lama addressing the parliamentarians from the Baltic States in Riga, Latvia on September 24, 2017. Photo by Tenzin Choejor