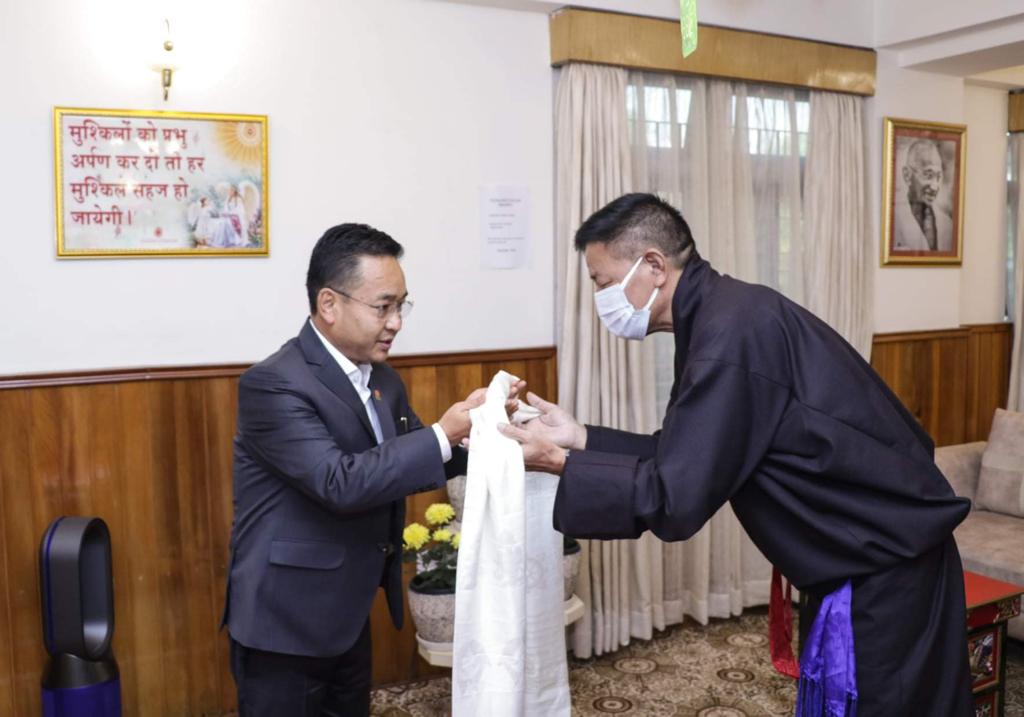 Dharamshala: Sikyong Penpa Tsering of Central Tibetan Administration visited Kalimpong, Darjeeling, and Gangtok in the Northeastern region of India for over eight days from 19 to 26 October before leaving to Europe.

Upon his arrival at Bagdogra airport on 19 October, Sikyong was accorded a warm welcome by the Tibetan community of Salugura, Kalimpong, Sonada and Darjeeling. The first day of the official visit was made to Kurseong, where Sikyong briefed the Tibetan residents about the twin goals of the Central Tibetan Administration i.e., resolving the Sino-Tibetan conflict through dialogue based on the Middle Way Approach and looking after the welfare of the Tibetan people in exile. Sikyong also complimented the Tibetan residents over the reconciliation of Dolgyal issues in the region. The consecutive visitation at Sonada emphasised on the current state of Tibetan schools in India, particularly with regard to the decreasing enrolment of Tibetan students, and the issue of transfer of CTSA schools to Sambhota Tibetan schools, along with the issues of Green book and so forth.

En route to Darjeeling, Sikyong Penpa Tsering made a stopover at Ogyan Chokorling monastery, Phuntsok Pema Chokorling monastery, Zigar Thupten Shedrupling and Sakya Kunga Shedrupling monastery, aside from itineraries. Sikyong also visited the Druk Sanghacholing monastery, Sukhi Kirti Gaden Tashi Choeling, and Mirik Bokar Monastery in Darjeeling on the following day. There, Sikyong stopped by at the schools and monasteries and met the young Bokar Rinpoche, together with which interactions on various significant issues were carried out with the local Tibetan residents during the visits. Before concluding the second day of the visit, Sikyong made a stop-over at the Rantso factory and discussed the status of the community with the local representatives. 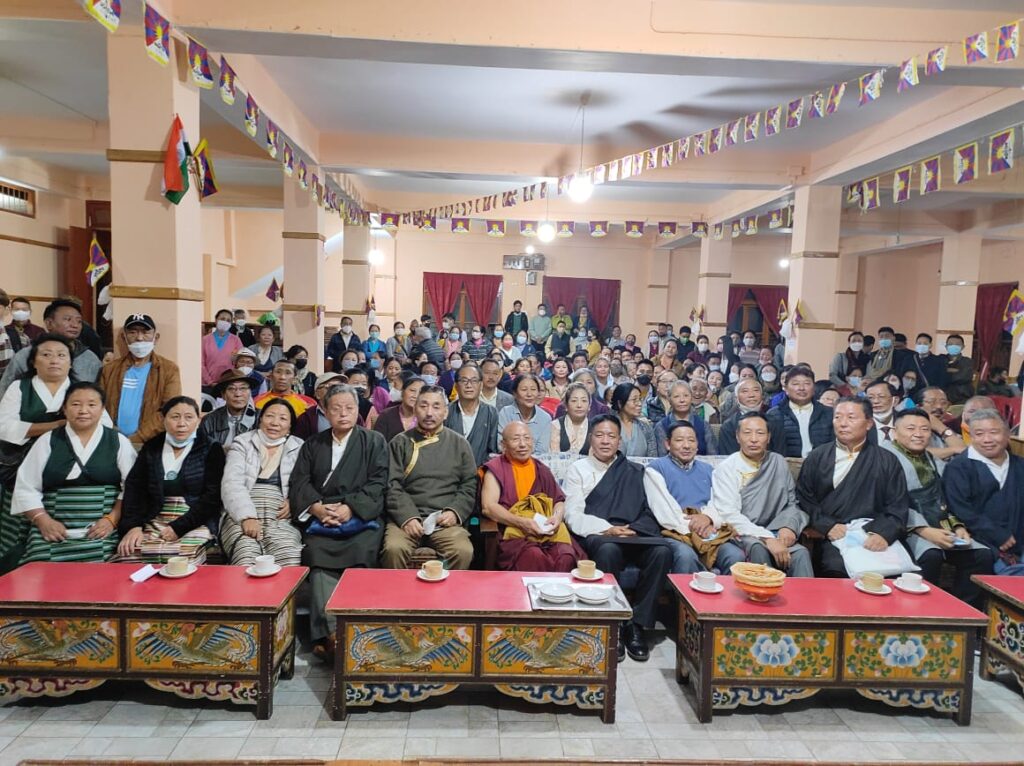 Sikyong with the Tibetan community in Gangtok

On the third day of the official visit, Sikyong Penpa Tsering talked to local Tibetans in the auditorium of CST Darjeeling.

Sikyong reached Kalimpong at 5:30 pm on 21st October, where he was welcomed by the local heads of Governmental and non-governmental Tibetan organisations. Tibetans in Kalimpong gathered at Gangjong Doeghar to attend the Sikyong’s talk following his visits at Zang Dhok Palri Phodang, Tharpa Choling Monastery, Sed-Gyued Monastery, and Sekar Monastery. After the gathering, an assessment of the status of old age people and their homes in the region was carried out before leaving for Sakya Tsechen Thinley Dargayling.

On 23rd October, Sikyong initiated the day inaugurating a new emergency vehicle of the settlement, following which, he visited the schools, monasteries, and Men-tsee-khang entirely. Then, after two hours of talk and interaction with the Tibetan settlers, Sikyong headed towards Gangtok. 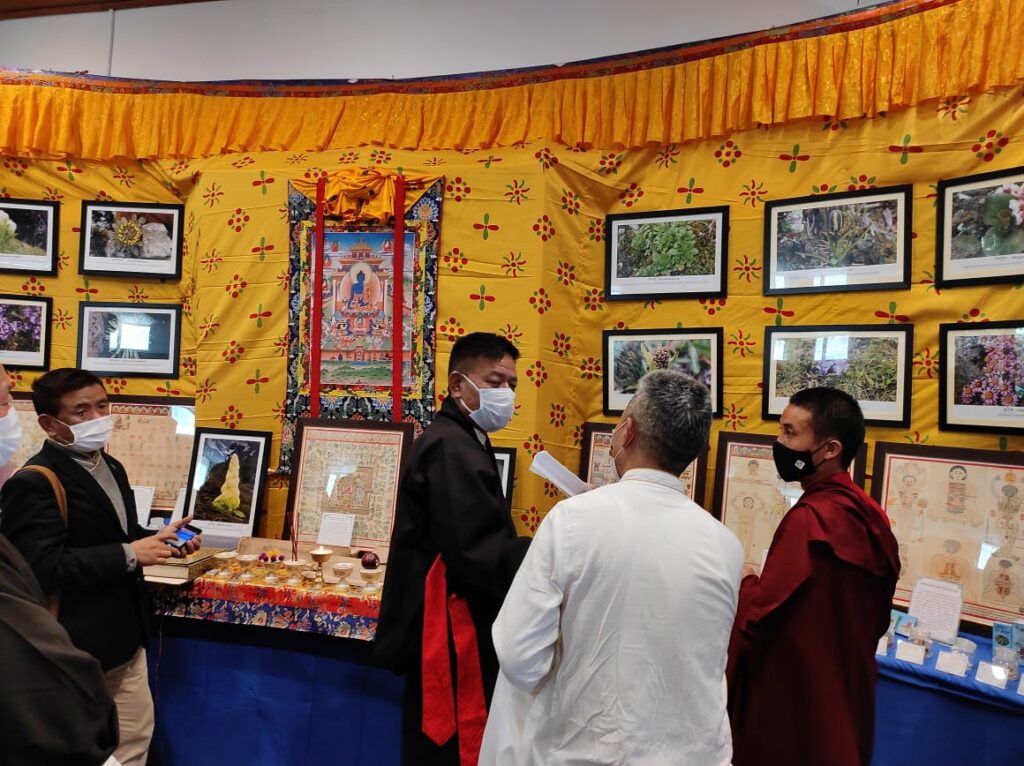 Upon his arrival at the Gangtok, Sikyong was interviewed by around 15 different media organisations. On the following day, Tibetan residents of Kabi Bakchak greeted Sikyong en route to Tsateng, Lachen. The team was also welcomed by the former Forest Minister Tsering Wangdue Lepcha, the vice president of SKM Gaden Lachung and the Tibetans in Singhik‚ Mangan, Manul. Around 11:20 am, Sikyong interacted with the Tibetans of the settlement in Tsateng community hall before proceeding towards Lachung, where he talked with the Tibetans of Pagong and Chungthang area.

On the seventh day of the official visit, Sikyong toured Rumtek monastery and Guru Kubhum Lhakhang in Gangtok. At 10 am, Sikyong, along with the representatives of NGOs, met in the hall of Hotel Tibet, Gangtok, before visiting another string of monasteries in the region. On the same day, the team also visited Namgyal Institute of Tibetology and the Men-tsee-khang. Immediately after addressing the local Tibetans in the Cholsum auditorium, six NGOs of the region held a dinner to the visitors in the presence of Forest Minister Karma Lodoe Bhutia, Prof. Pudra Paudyal, and the former MLA Sonam Gyatso Lepcha at Hotel Tibet. 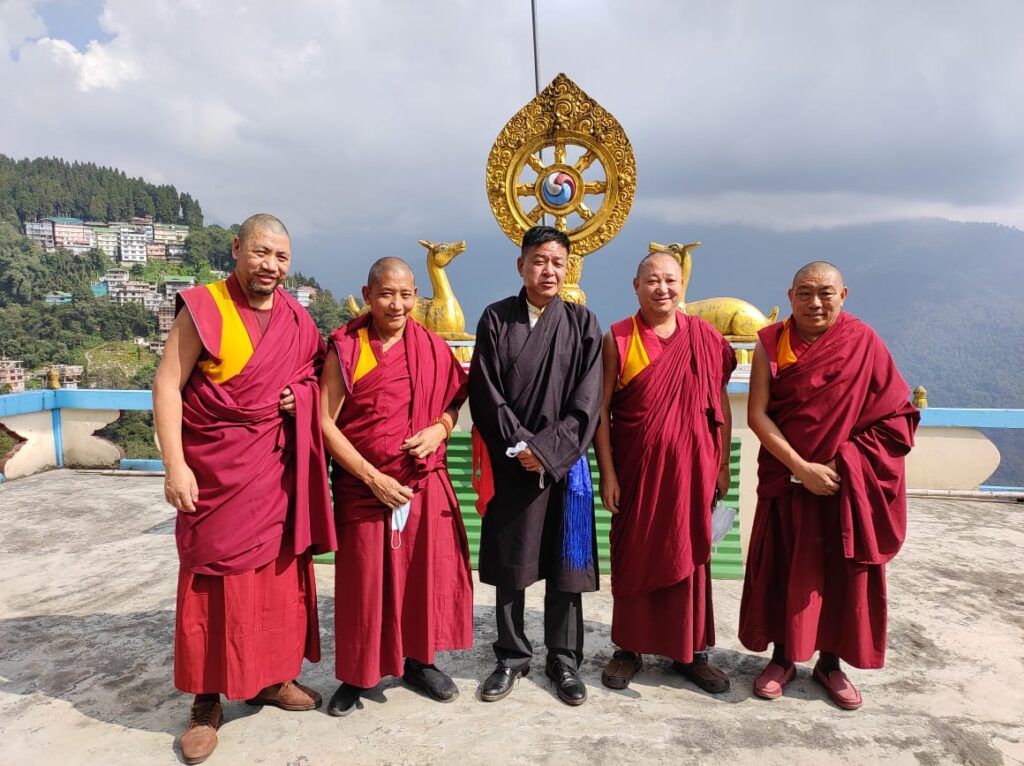 On the final day of the official visit, Sikyong, together with Joint Secretary Dhondup Tsering, Ravangla Settlement Officer, and two representatives of the settlement, Visited the Chief Minister of Sikkim Prem Singh Tamang. During the meeting, the team proposed a project valued at four crores to develop the road and electricity facilities for Tibetan residents in the region. The Chief Minister also agreed to help with the issue of a part of Ravangla Settlement falling inside the reserved forest area. The issue of Tibetan Language class termination inside the primary schools was also tabled. The CM of the State also commended Sikyong’s visit throughout Lachen and Lachung and also guaranteed equal treatment to Tibetans inside his State. The Chief Minister also suggested cultural exchange between Sikkim and Dharamshala, as seen between the latter and Mon.

CM Prem Singh Tamang also requested a push from CTA led by Penpa Tsering on His Holiness the Dalai Lama’s visit to Sikkim after the pandemic besides the acceptance from His Holiness on the request made by the CM, earlier, during his meeting with Dalai Lama in Dharmshala. In the evening, Sikyong concludes his official visits after a short inspection at Sichey and departed from the Gangtok Pakyong Airport to Delhi. 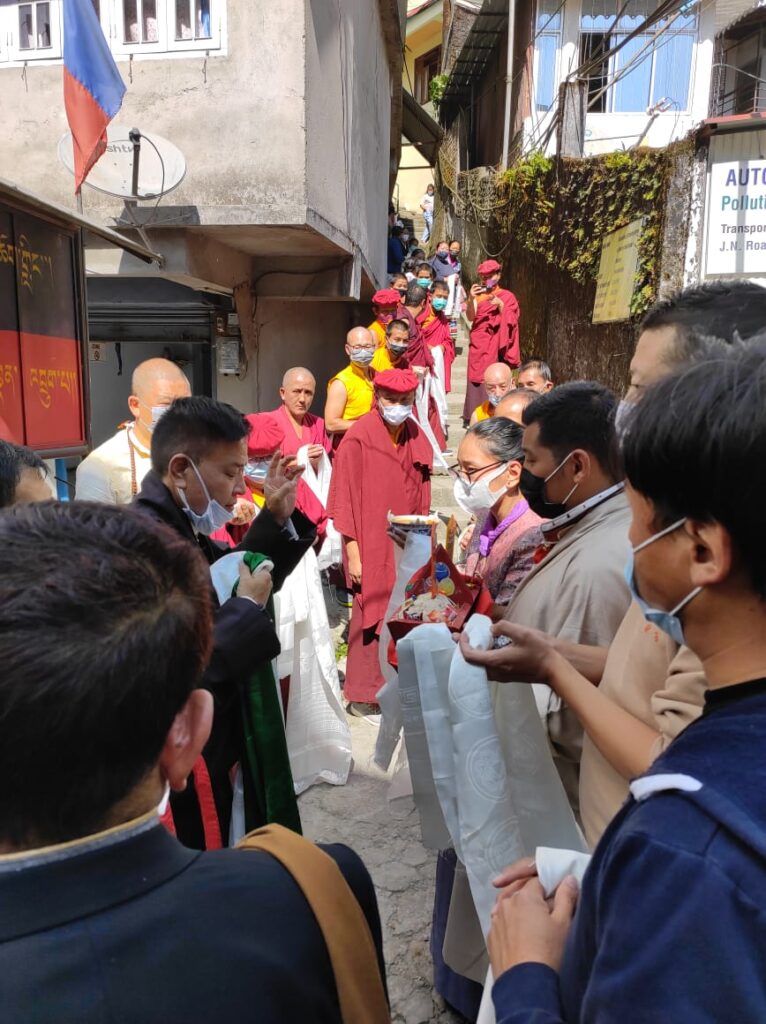