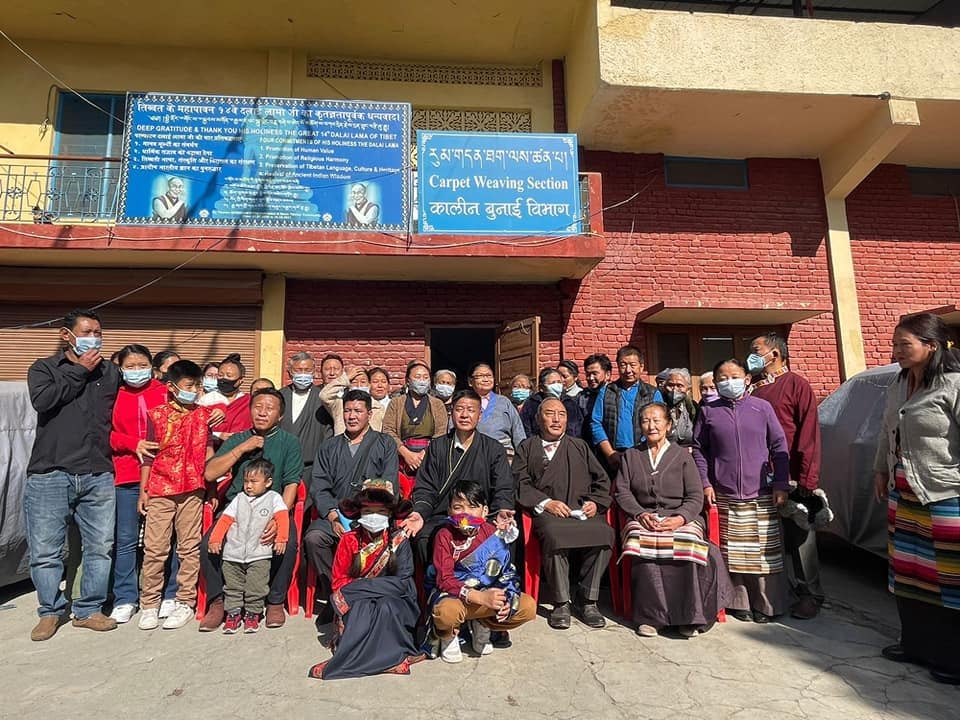 Dehradun: After completing his official visit to Delhi, Sikyong arrived in Dehradun on 30 November for the second leg of his official trip to Delhi, Uttarakhand and Himachal Pradesh.

At Dehradun, Sikyong first visited the Sakya Chogar monastery to offer his prayers. Sikyong then visited the Tibetan women’s handicraft center in Rajpur which has been re-designated as a handicraft settlement since 2020.

Following a brief inspection of the center, Sikyong held an interaction with the members of the handicraft center and also those from the scattered communities around Rajpur and Dehradun.

In his address, Sikyong spoke about the objectives of his ongoing visit to Tibetan settlements in and around Dehradun. He said the main purpose of the visit is to assess the ground realities in the Tibetan communities and interact with the Tibetan public to understand their needs.

Sikyong began his talk by informing the public about the dual responsibility of the Central Tibetan Administration i.e resolving the Sino-Tibetan conflict and looking after the welfare of Tibetans in exile. With regard to the first responsibility of resolving the Sino-Tibetan conflict, he said the CTA is committed to the Middle Way Approach which is officially adopted by the Tibetan Parliament and conceived by His Holiness the Dalai Lama. He said that since the Middle Way Approach is officially adopted by the Tibetan Parliament which is the legislative body of the Central Tibetan Administration, the Kashag has to move forward based on this policy. This policy cannot change unless it is done so by the Tibetan Parliament, he said.

Explaining the 16th Kashag’s stance, he reaffirmed the Kashag’s firm commitment and responsibility towards the people and the Tibetan struggle. He said that the Kashag places extreme importance even on the use of terminologies. For instance, instead of Tibetan issue, he said, the Kashag prefers the term Sino-Tibetan conflict.

Sikyong further explained that it is the responsibility of the Tibetan administration to reach out to the Chinese government to seek dialogue based on the mutually-beneficial Middle Way Approach. He said that no country will set aside its own priorities and wage wars for Tibet and confront China. Therefore, we must seek a way to resolve the Sino-Tibetan conflict through proper strategy and vision. For this reason, he explained that the CTA has established a Permanent Strategy Committee which hosted its maiden meeting in early November, he informed.

Acknowledging the drastic drop in new arrivals of Tibetans into exile since 2008, he updated the public about the increasing restrictions on Tibetans inside Tibet including prohibiting Tibetan party members from keeping religious altars at home. All this is aimed, he said, at eliminating the Tibetan identity and culture like a slow poison in the system.

Sikyong also talked about the 16th Kashag’s new initiative called V-Tag which is aimed at reinforcing the existing Tibetan advocacy campaigns by providing a platform to every Tibetan to contribute in their own ways for the larger cause of Tibet. He noted that it is infeasible for the CTA to reach out to the entire world to promote Tibet. However, he said that since Tibetans are now spread out across the world, V-TAG is an opportunity for Tibetans to actively engage in garnering international support for Tibet.

Sikyong further spoke about the need for a fresh population survey of the Tibetan people in exile, explaining that whatever projects the Kashag initiates, it needs to reflect the realities on the ground which will only come about with an accurate population data. 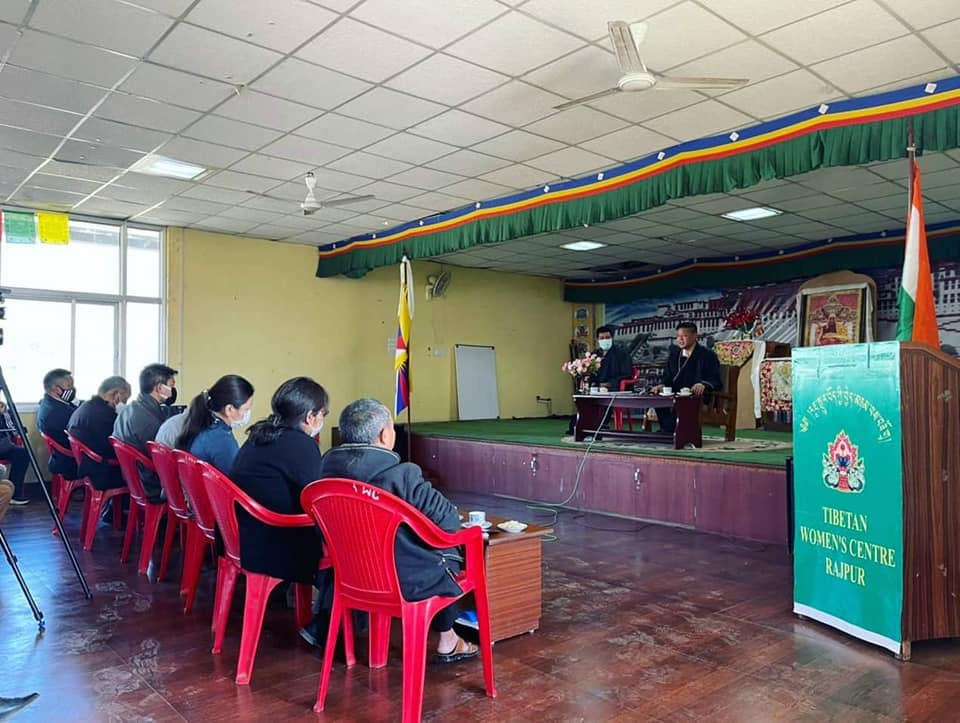 Sikyong addressing the members of Tibetan Women’s Handicraft Center at Rajpur near Dehradun on 30 November. 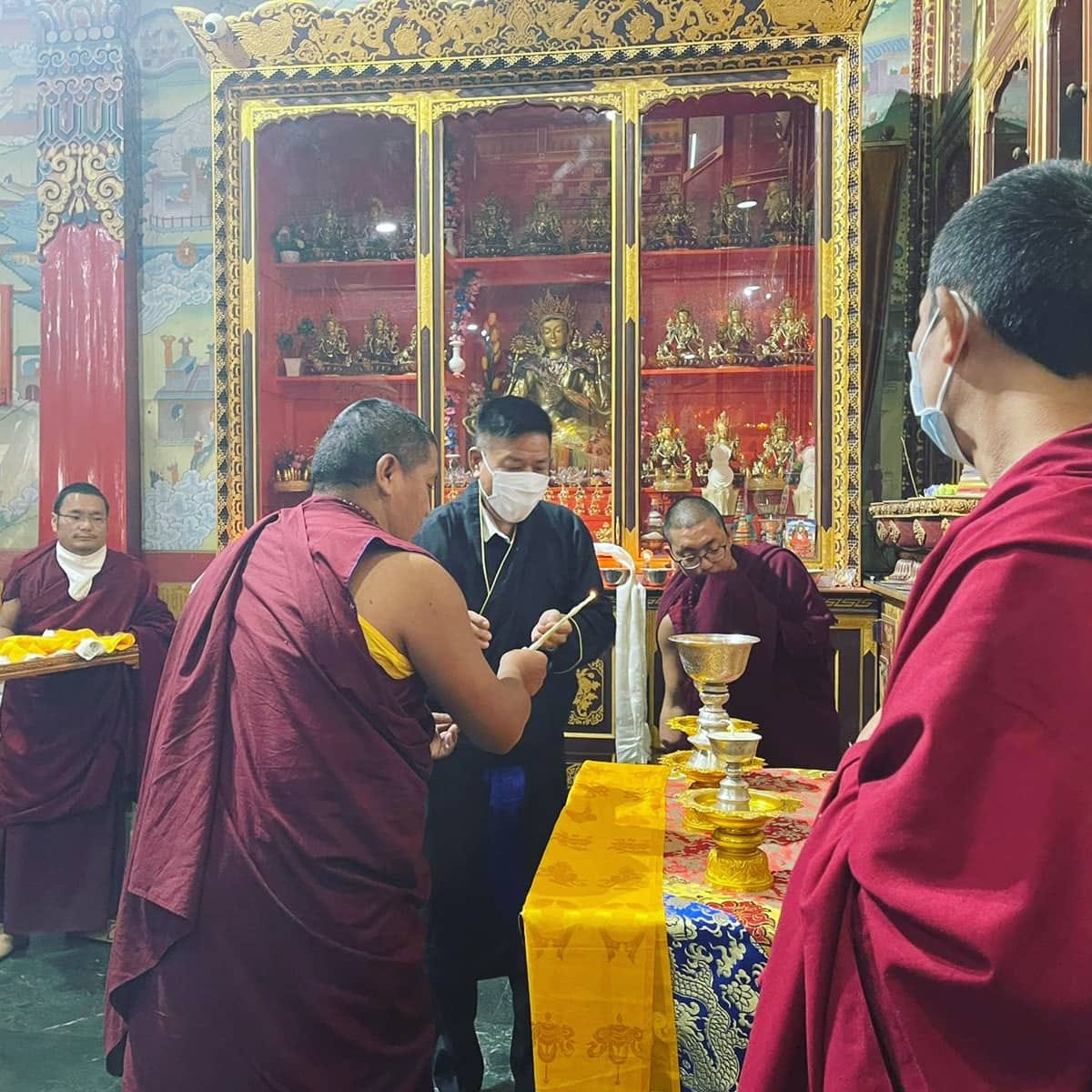