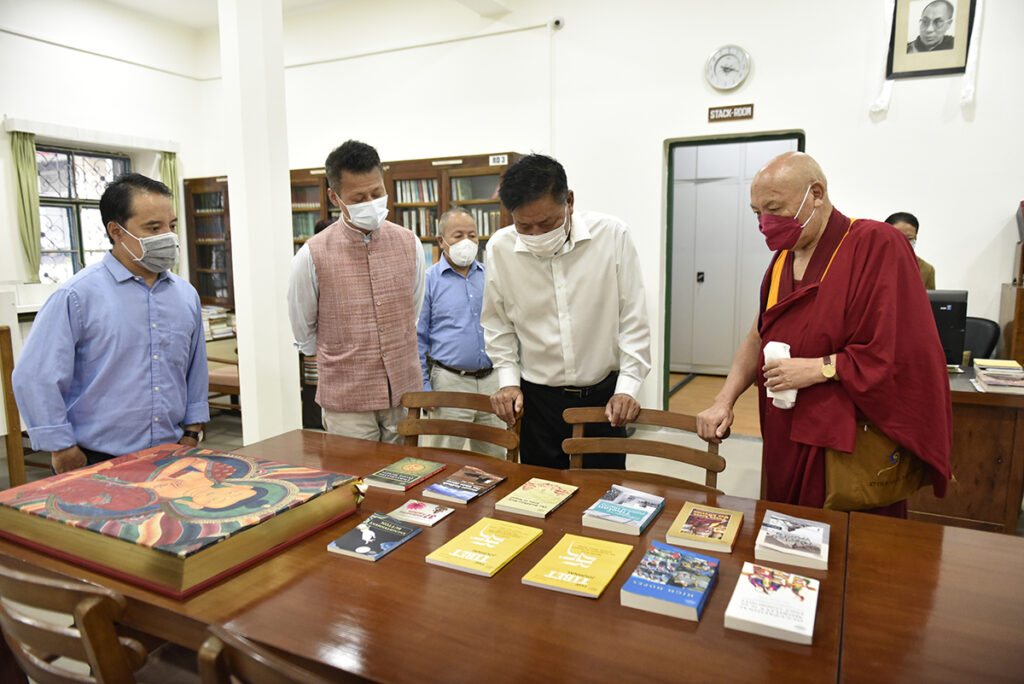 Dharamshala: Sikyong Penpa Tsering, accompanied by Kashag Secretary Tsegyal Chukya Dranyi, paid an official visit to the Library of Tibetan Works and Archives (LTWA) this morning. He was welcomed by LTWA Director Ven. Geshe Lhakdor and General Secretary Ngawang Yeshi along with the staff of the institute.

Following a guided tour of the institute including its most recent addition ‘Sager Science Center’, Sikyong Penpa Tsering addressed the staff of the institute. In his address, Sikyong noted that for the past two months since assuming office, he has been engaged in visiting the individual departments and autonomous bodies of the Central Tibetan Administration. He expressed his appreciation for LTWA’s efforts and achievements which counts among its patrons His Holiness the Dalai Lama and Professor Samdhong Rinpoche.

Highlighting the significant role of cultural preservation played by the institute, Sikyong explained that while the political concerns of Tibet often assume official priority, preservation of religion and culture is inseparable from the Tibetan national cause. Further, he emphasised the necessity for utilisation of all the resources to the optimum as grants in aid call for accountability. He spoke about the 16th Kashag’s top priorities and policies including the ongoing digitisation project and other upcoming initiatives such as CTA’s demographic survey 2021 as well as the Kashag’s broader efforts to resume the Sino-Tibetan dialogue.

In a message to the library staff especially the youth, he emphasised that beyond its own intra-office responsibilities, it has a duty as a Tibetan with proximity to the headquarters of the Tibetan administration to inform the less-informed public, and the paramount importance of reading one’s own history to advocate for the just cause of Tibet to counter the CCP’s propaganda. He added that the current international spotlight on the Sino-Tibetan conflict must be utilised to urge the Chinese government to resume the Sino-Tibetan dialogue.

LTWA Director Ven. Geshe Lhakdor extended his congratulations to the Sikyong on his election victory. He then briefed the Sikyong on the various sections and their activities. He also explained the successful initiatives of the institute particularly highlighting the successful language and Buddhist philosophy courses, its publication works and other upcoming projects. He also shared his hopes that the Kashag would render assistance in aid to promote the institution’s dedicated efforts. He further wished the Sikyong all the success in the Kashag’s endeavours. 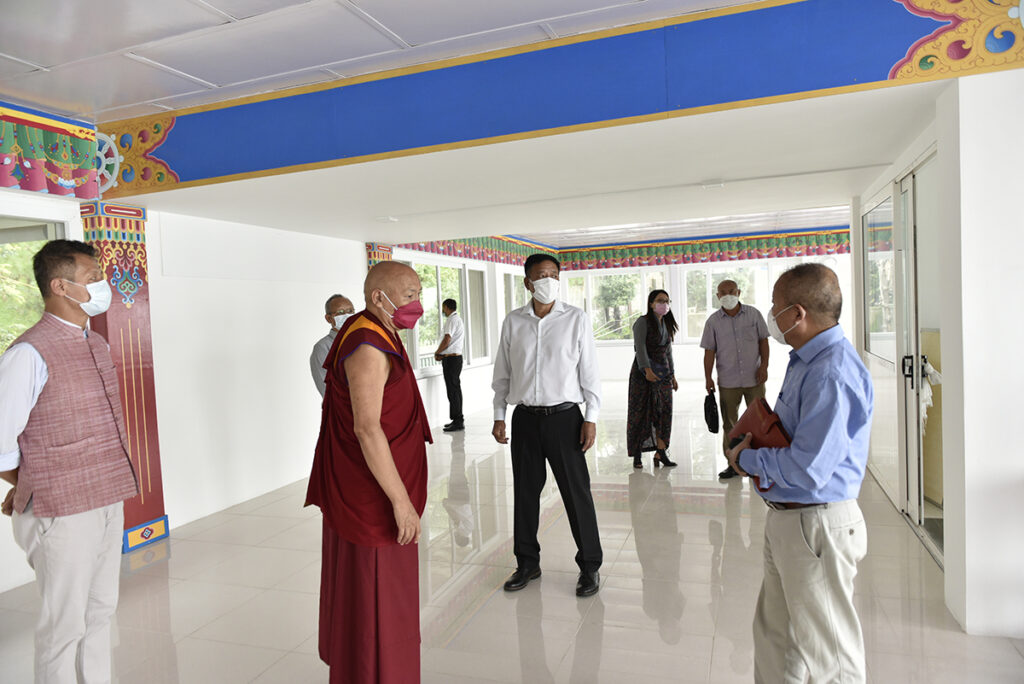 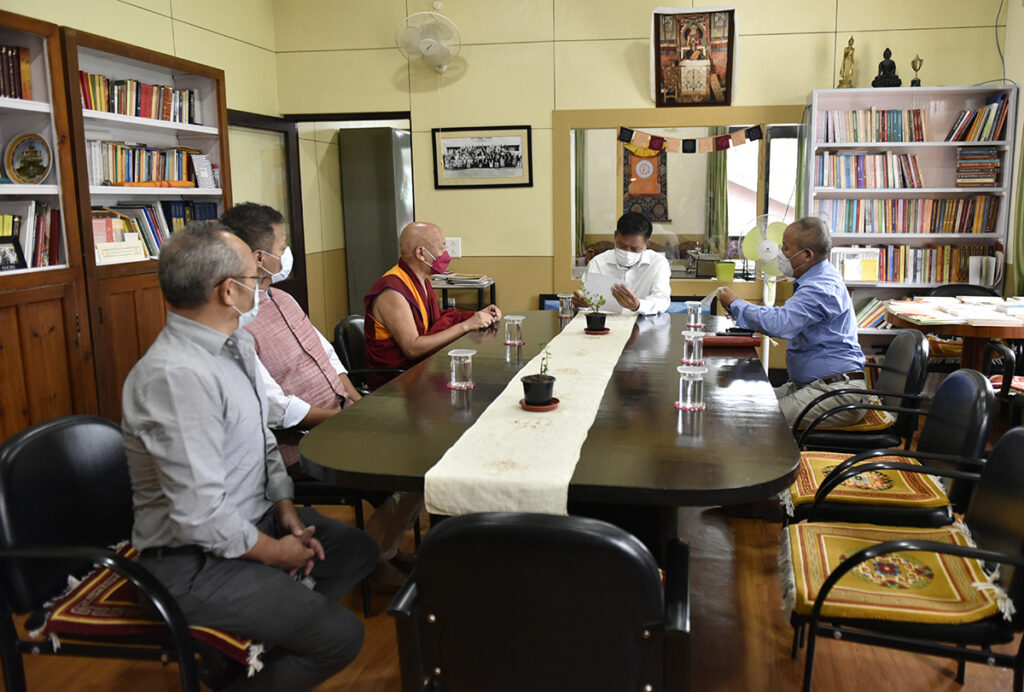 Sikyong presides over a meeting of the governing body. Photo/ Tenzin Phende/ DIIR 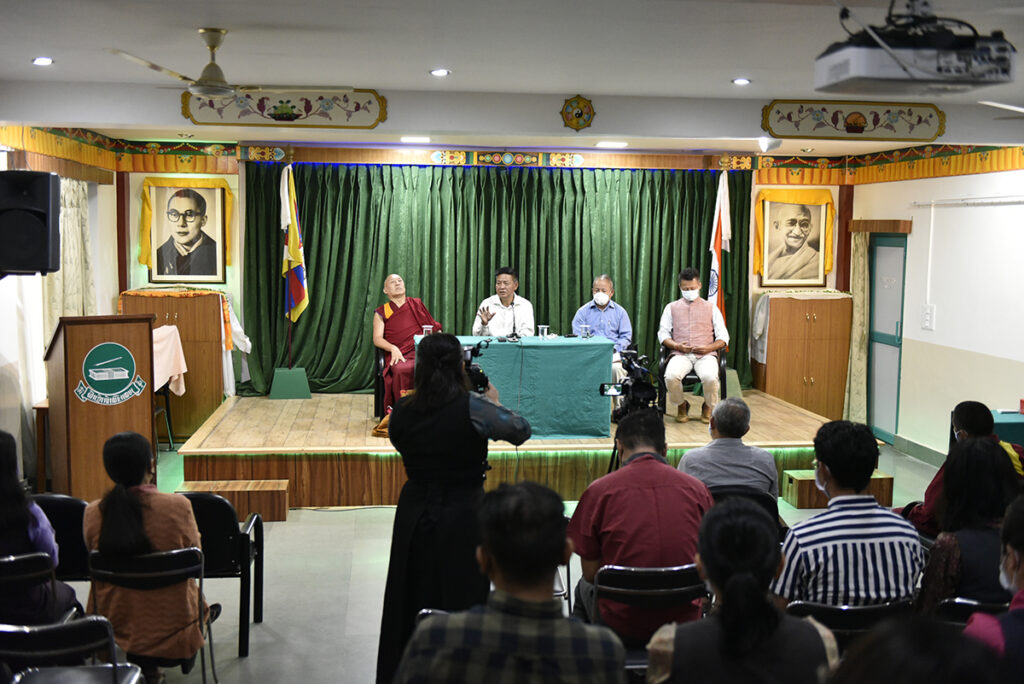 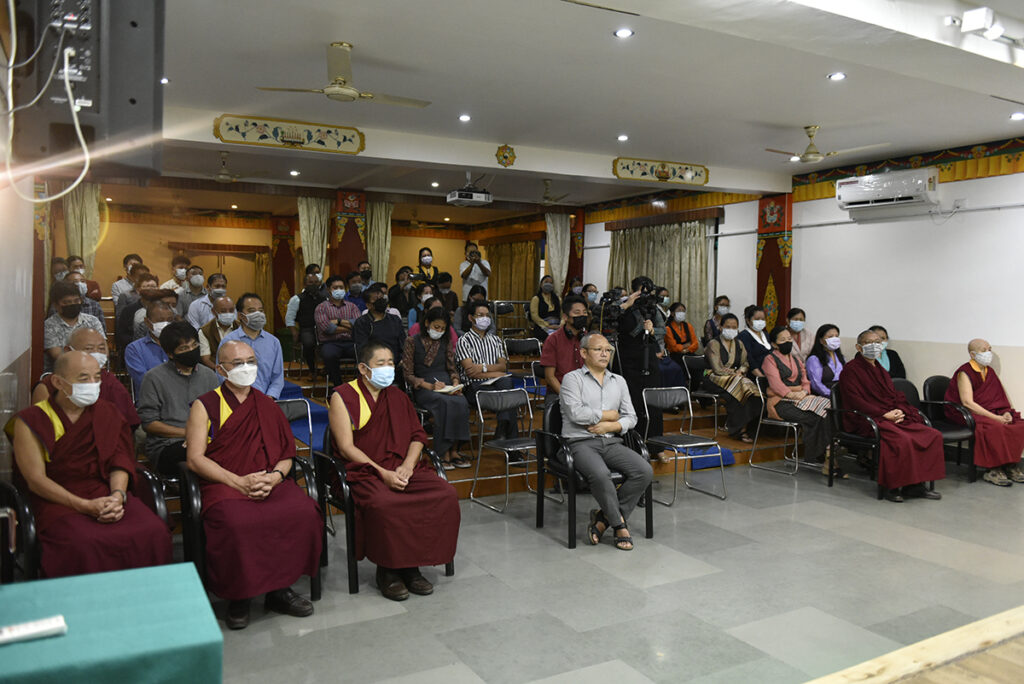