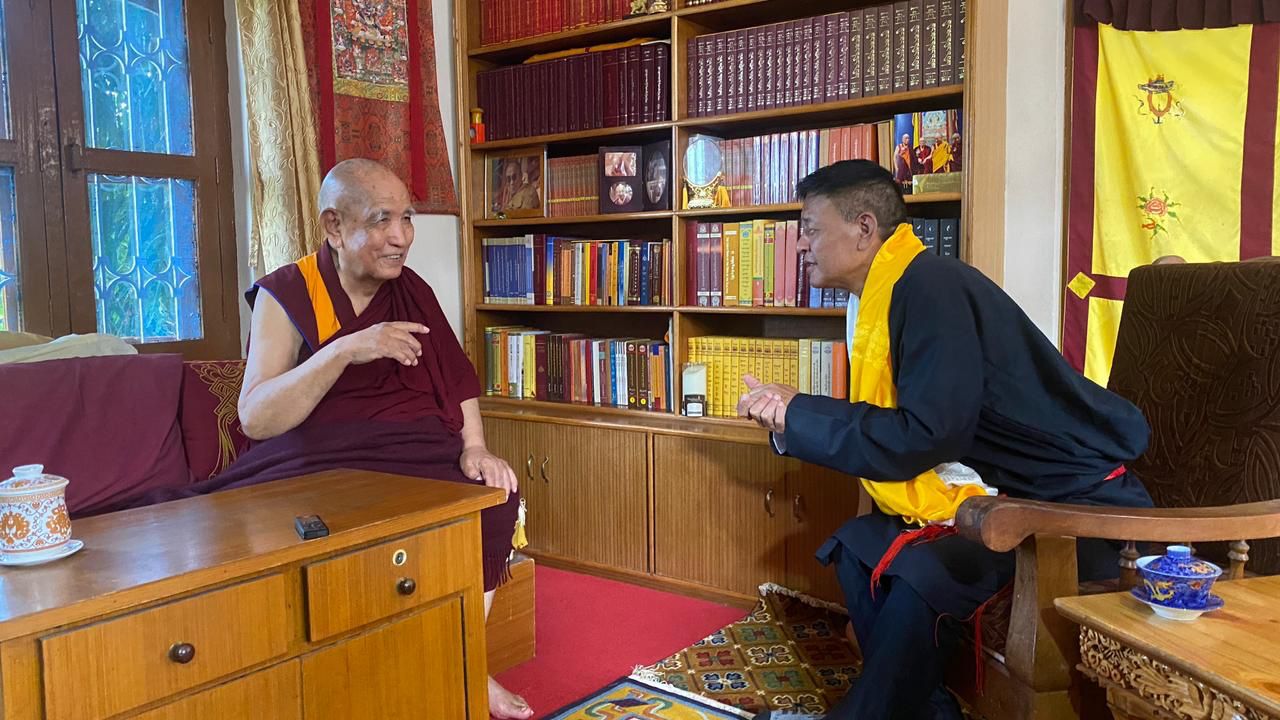 Bylakuppe: On the early morning of the fourth day of Sikyong Penpa Tsering’s official engagements in Bylakuppe, Sikyong and the delegation of the Central Tibetan Administration received an audience with 104th Gaden Tripa Jetsun Lobsang Tenzin Palsangpo at the latter’s residence. Sikyong apprised Rinpoche, who returned from his 14-day public teaching at Mundgod, of the objectives of his official visitation to Southern Tibetan Settlements and reported on the official engagements he has covered since departing from Dharamshala. Sikyong also informed Rinpoche about the good health of His Holiness the 14th Dalai Lama.

Furthermore, Sikyong received a statue of Amitayus Buddha (Tsepak Mey) from Rinpoche who commended Sikyong for his leadership and wished him success in his future endeavours. 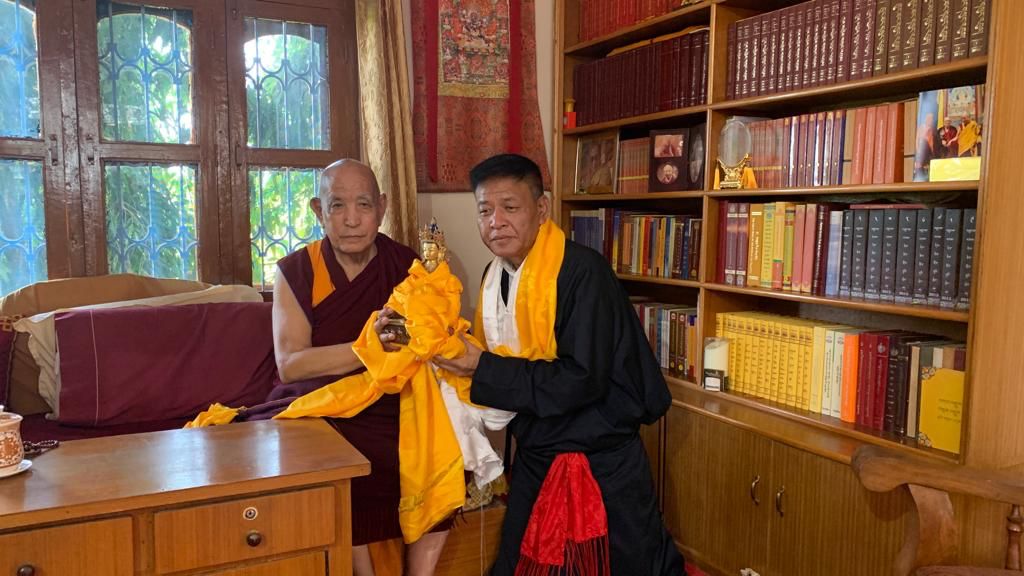