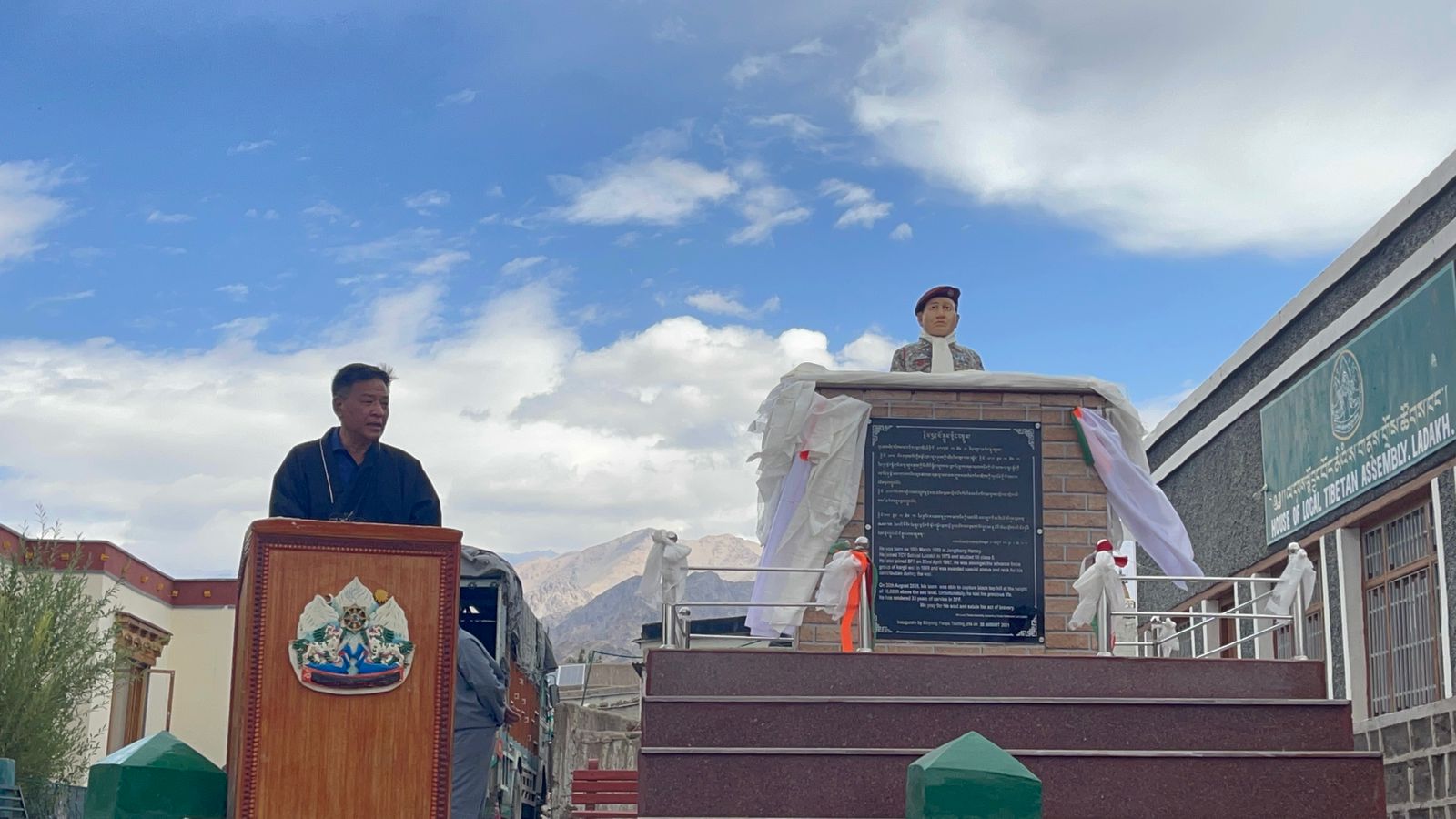 Sikyong addressed the residents of Sonamling Tibetan settlement on the final day of his official visit to Ladakh on 28 August. The address was conducted via cable TV of the Ladakh Tibetan Co-operative Society as a precautionary measure to stem the spread of Covid 19. In his address, Sikyong spoke about the importance of unity and the consolidation of efforts to achieve common goals.

“In the last eight and a half days, I visited all the camps and the nomadic settlements in Ladakh in an effort to meet as many people as possible. Whatever concerns and suggestions that you have expressed during these meetings, I have recorded them in writing and will work towards resolving it,” he said.

Speaking about the importance of unity, he said: “Unity of effort is extremely important. If one person has to lift a heavy object, it would be really difficult. However, if we exert concerted efforts, not only would the object become lighter, we would have a greater chance of succeeding in lifting it. Therefore, let’s consolidate our united efforts in resolving the concerns that you have raised. I would also think about a holistic approach to all the issues.”

Sikyong noted that the most common problem that he came across during his meetings is with regard to land. “There were many who expressed their problems with regard to land. In Leh and Choglamsar, about 55 families are currently facing housing problems and are residing in rented homes. Some families in particular are truly poor. When I visited TCV old age home, the facilities provided by TCV are really good,” he said.

“Some problems are related to agricultural land. In the nomadic communities, some have expressed their desire to have a community home to stay. These issues require a lasting solution by studying the situation from different angles, and not just temporary fixes. We also have to think about what would happen in the next 10 or 15 years, and how should we overcome these issues,” he added.

Sikyong also spoke about development projects that will accommodate the aspirations of the youth. “When we plan projects, we have to think about the needs of the community especially the youth. We have to consider the education qualifications of the youth. If there are many youngsters without proper academic qualifications, we have to think about proper vocational training programs that will fulfill the need of the community. We also need to encourage entrepreneurship by providing small loans to them,” Sikyong explained.

Earlier in the morning of the same day, Sikyong inaugurated a memorial bust of soldier Nyima Tenzin, who died during the Sino-Indian clash last year. Following the inauguration, Sikyong met representatives of the Traders Union, Taxi Union, Mule transport association, etc. He then met members of the Himalayan Tibet Support Group, and inaugurated a futsal tournament in Leh. 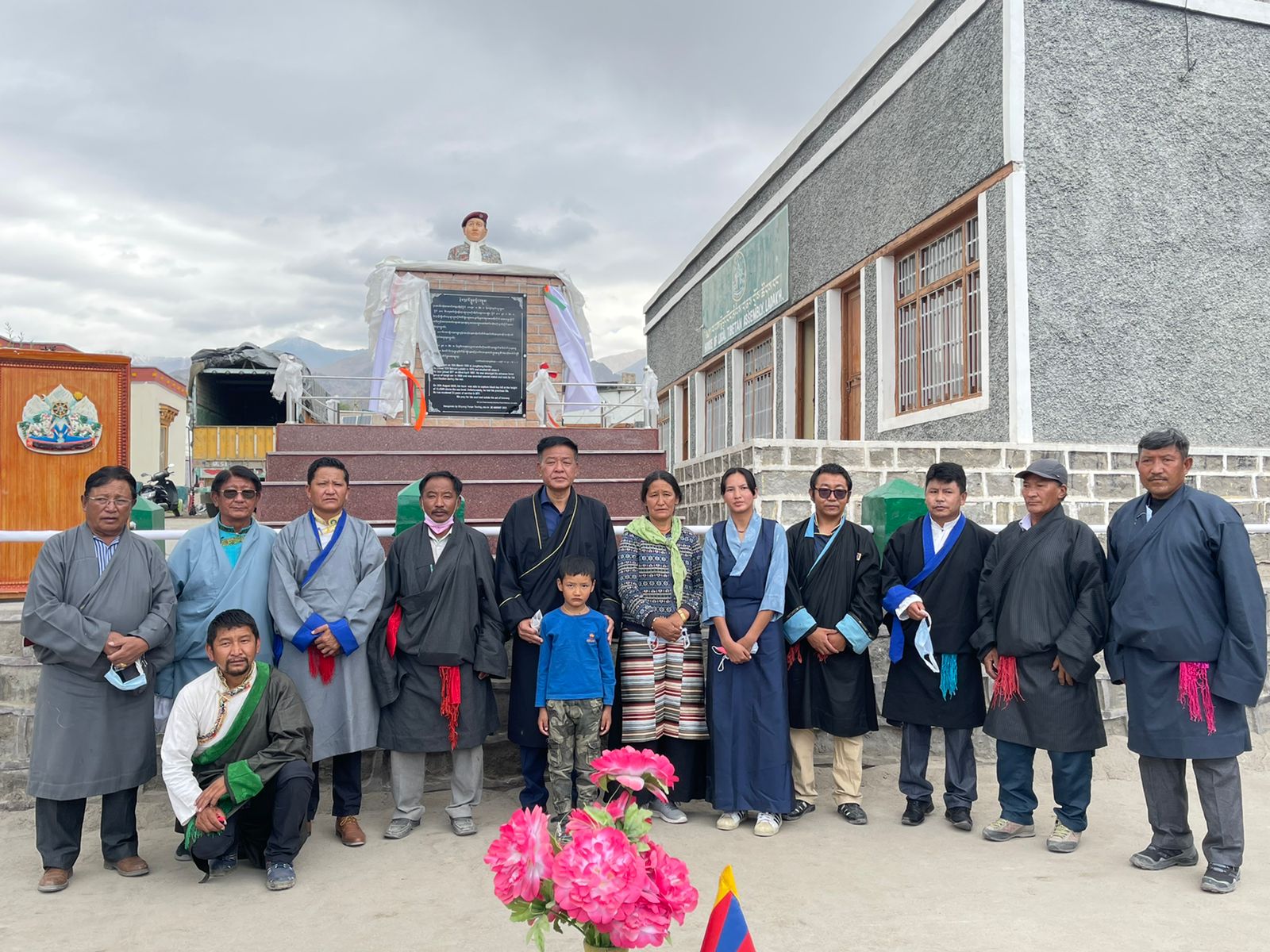 Sikyong with local Tibetans in Ladakh. 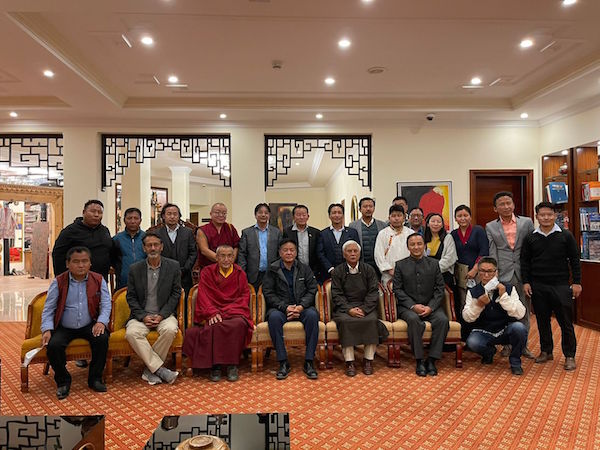 Official Dinner for Sikyong with dignitaries of Ladakh. 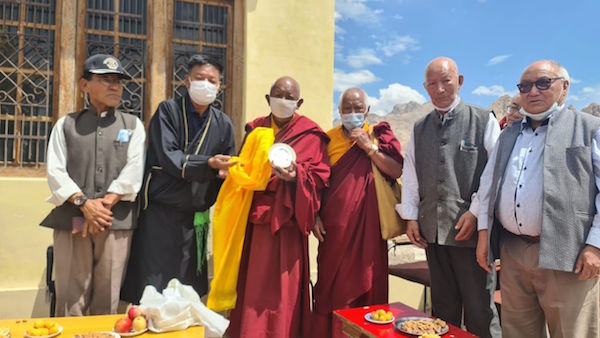 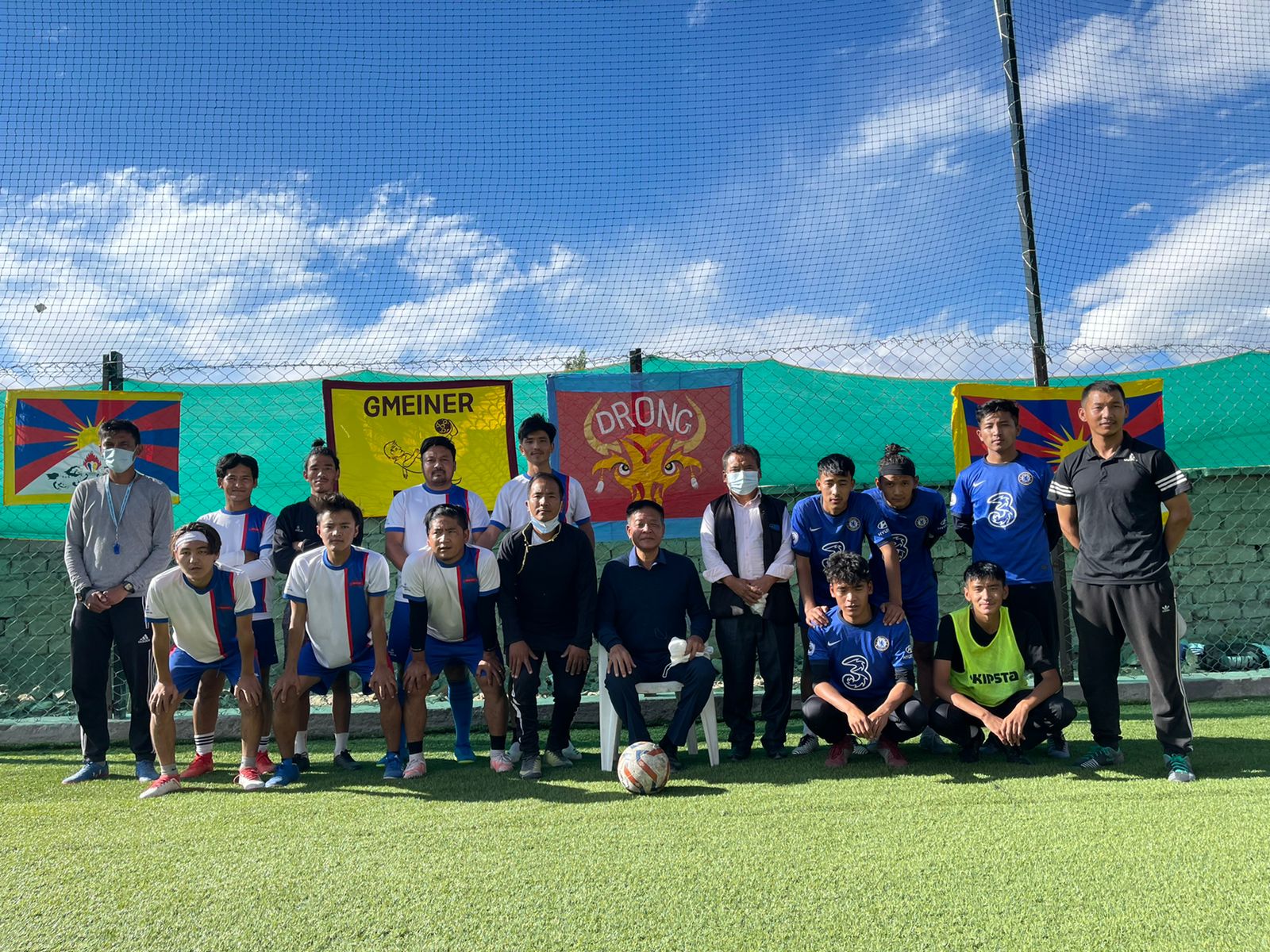 Sikyong at the inauguration of Futsal tournament at Leh.