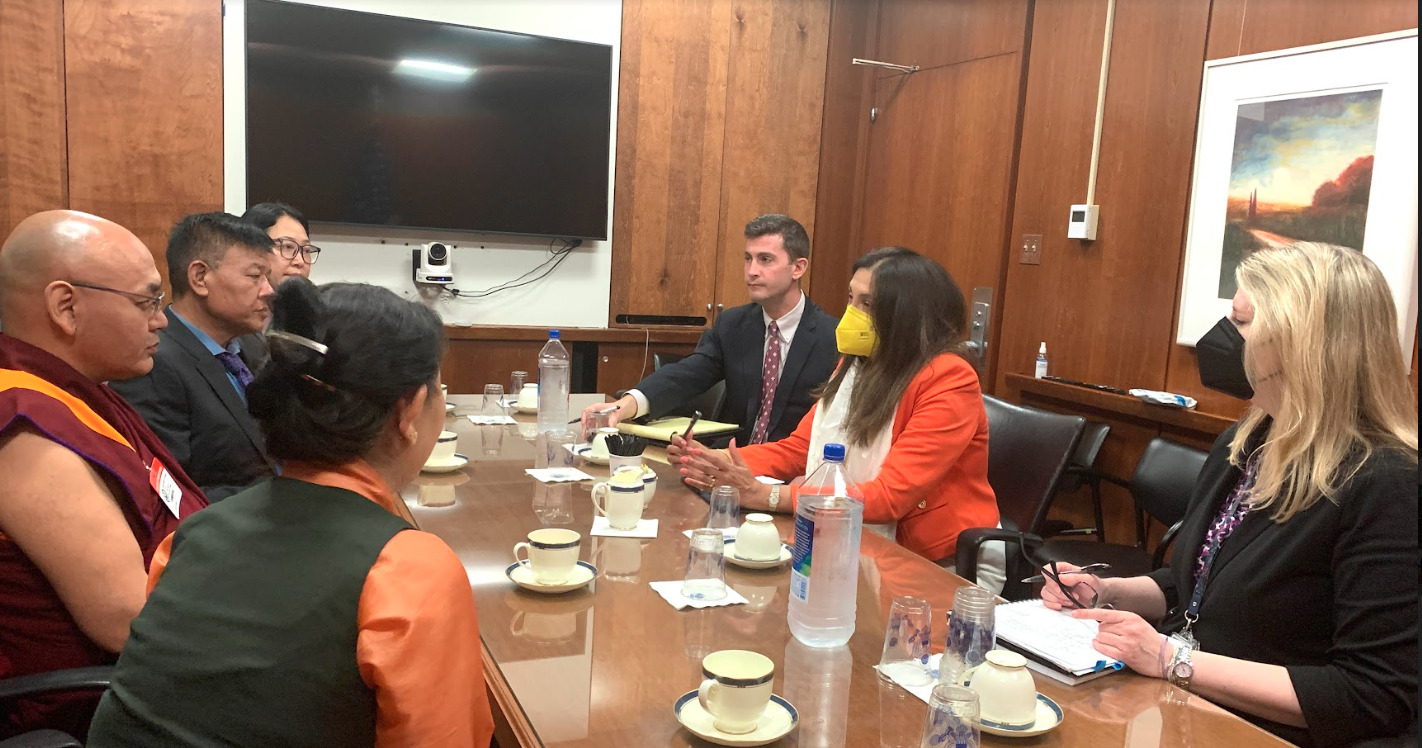 In a brief interview with TTV following the meeting, Deputy Speaker said the purpose of the visit was to seek out the Special Coordinator’s assistance in the swift resumption of Sino-Tibetan dialogue through firm abidance of the Middle Way Approach as the key foundation to resolving the Sino-Tibet conflict.

“Even though the US assures to completely support the resumption of Sino-Tibet dialogue, the minor challenge, however, as expressed during the meeting was appealing to like-minded countries for their concerted support to Tibet through its governance and enforcement” added Deputy Speaker of the Tibetan Parlament.

Later in the evening, Sikyong and the delegates paid a courtesy visit to Senator Diane Fienstin, wife of late Richard Blum, an ardent Tibet supporter who passed away in February this year. Sikyong apprised Sen. Diane of his participation in the 8th World Parliamentarians’ Convention on Tibet (WPCT) organised by the Tibetan Parliament-in-Exile to be held in Washington, D.C. from June 22 to 23, 2022. 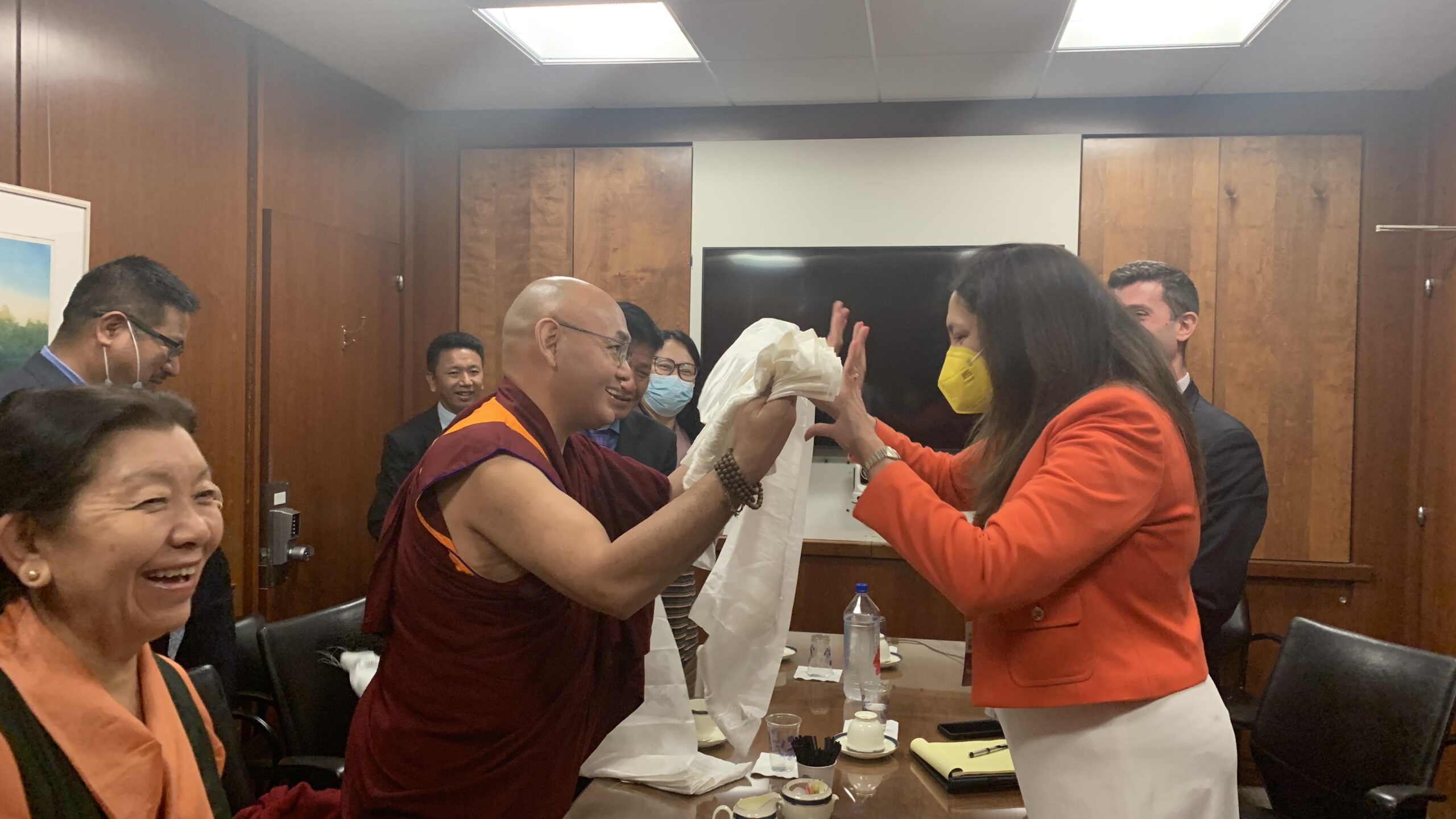 Speaker Khenpo Sonam Tenphel greeting the US Special Coordinator for Tibetan Issues Uzra Zeya at the State Department on 21 June 2022. 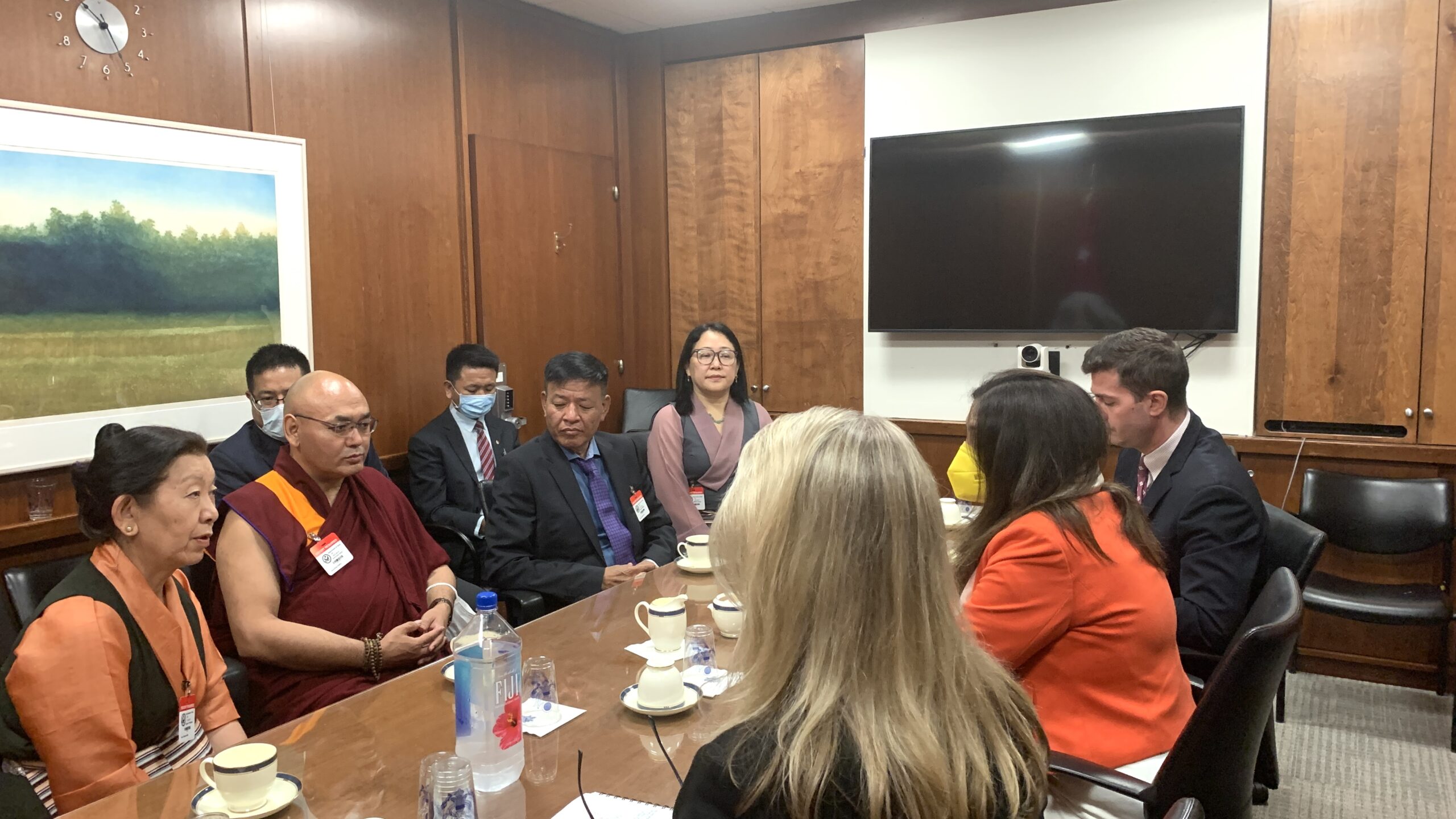 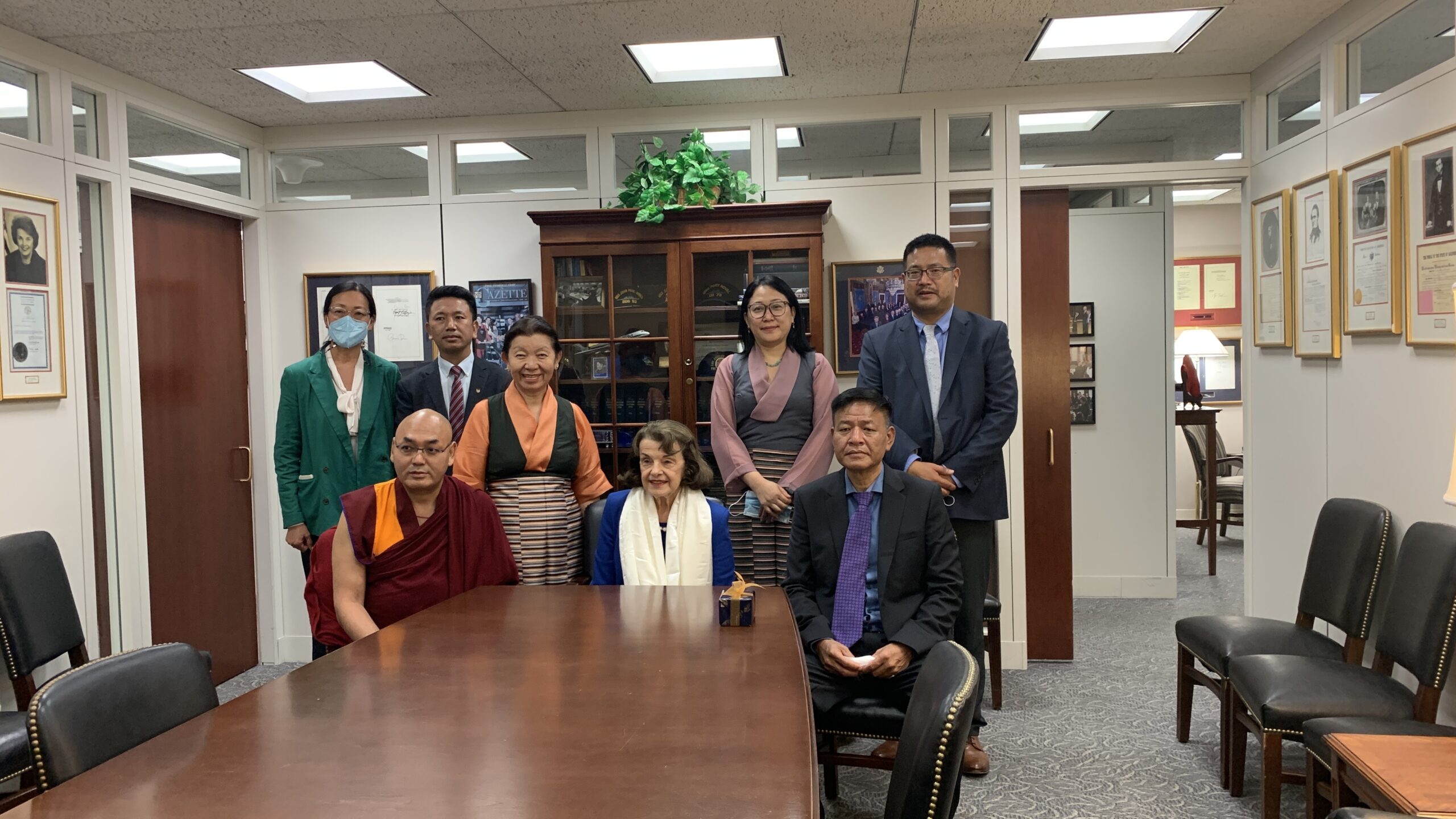 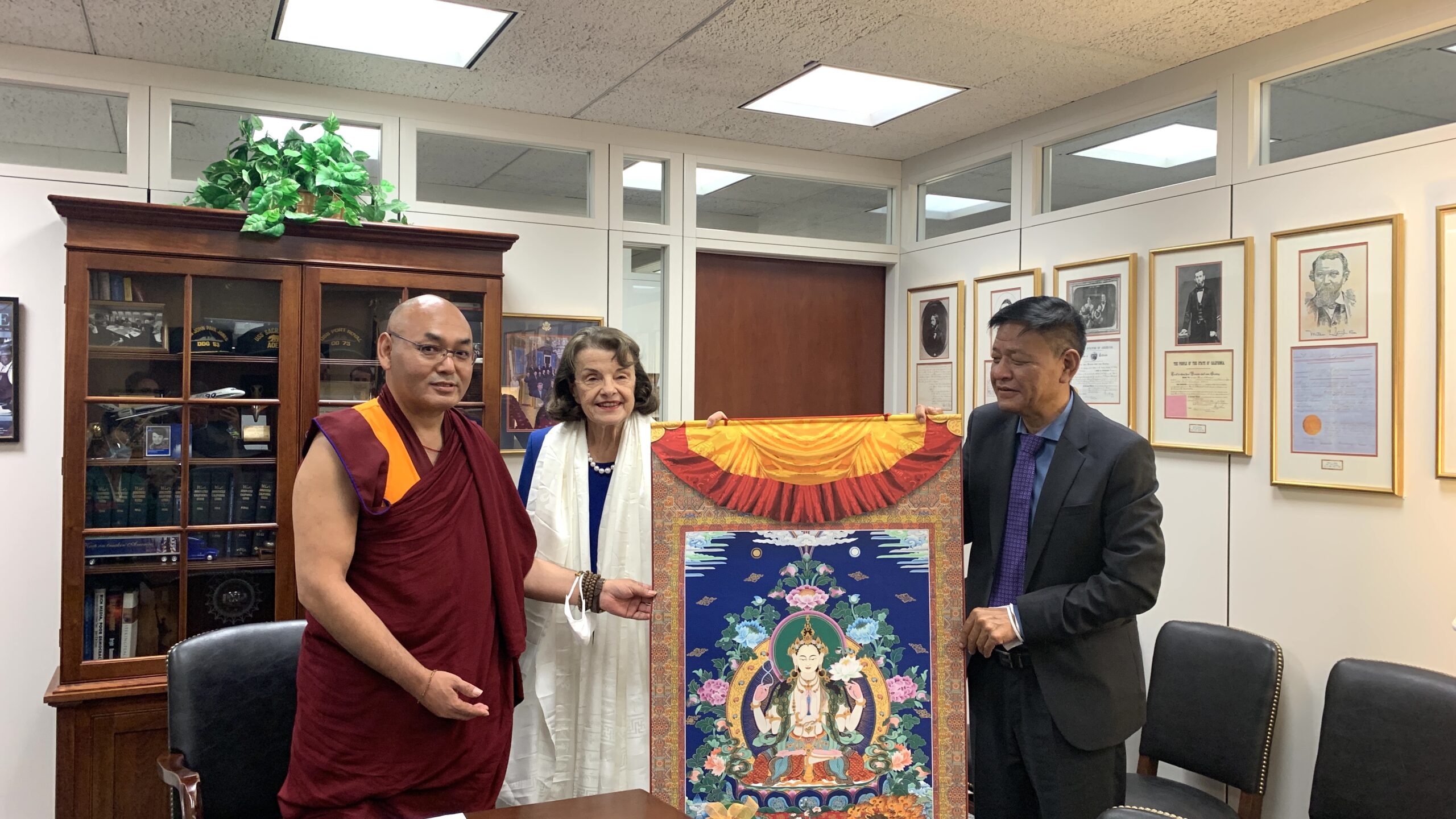