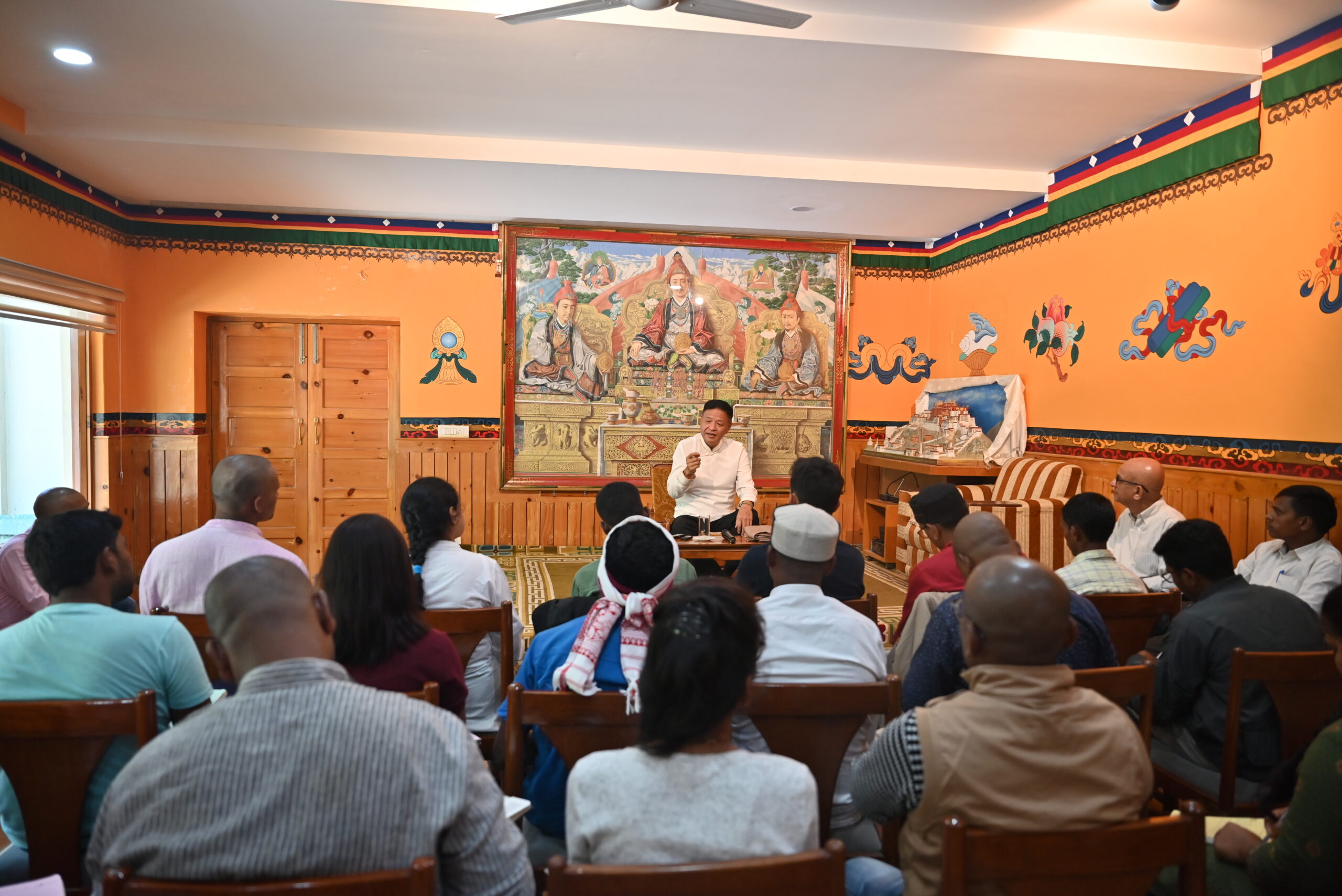 The visiting fellows have come from diverse geographical, social, economic, cultural and ideological backgrounds to learn and deepen their context about the current position of Tibet’s cause, the aims and efforts of CTA among other key subjects.

During the two hour-long interaction at the Kashag Secretariat, Sikyong enlightened the group on the historical Teacher-Student (Guru-Chela) relationship between Tibet and India supplemented by the origination of Tibetan script and Tibetan Buddhism from India. During the two-hour interaction, the historical facts of Tibet were explored and discussed at length while countering China’s  tampering of the factual record and their profuse attempt to mislead the world into believing its false claim over Tibet through its distorded narrative.

An array of subjects were highlighted and explained by Sikyong about rehabilitation and livelihood exiled Tibetans in general and in particular about the gigantic contributions of His Holiness the Dalai Lama into building a robust Tibetan exile community, Tibetan administration, establishment of democracy and the evolution of Tibetan democratic system in exile. In addition, he presented accounts of Tibet’s geographical and environmental significance for the Asiatic regions and communities during the interaction.

Disom: the Leadership School is a movement that nurtures future political and social ‘Servant Leaders’ whose members live together through the 15 months to immerse in inner/spiritual work, grow in the spirit of community living and work together with deep democracy principles. The program design includes meetings with leaders in a range of arenas, including social, religious, spiritual, political, art, and academic fields, to gain inspiration, knowledge, perspective and practical insight to build their own leadership roles. 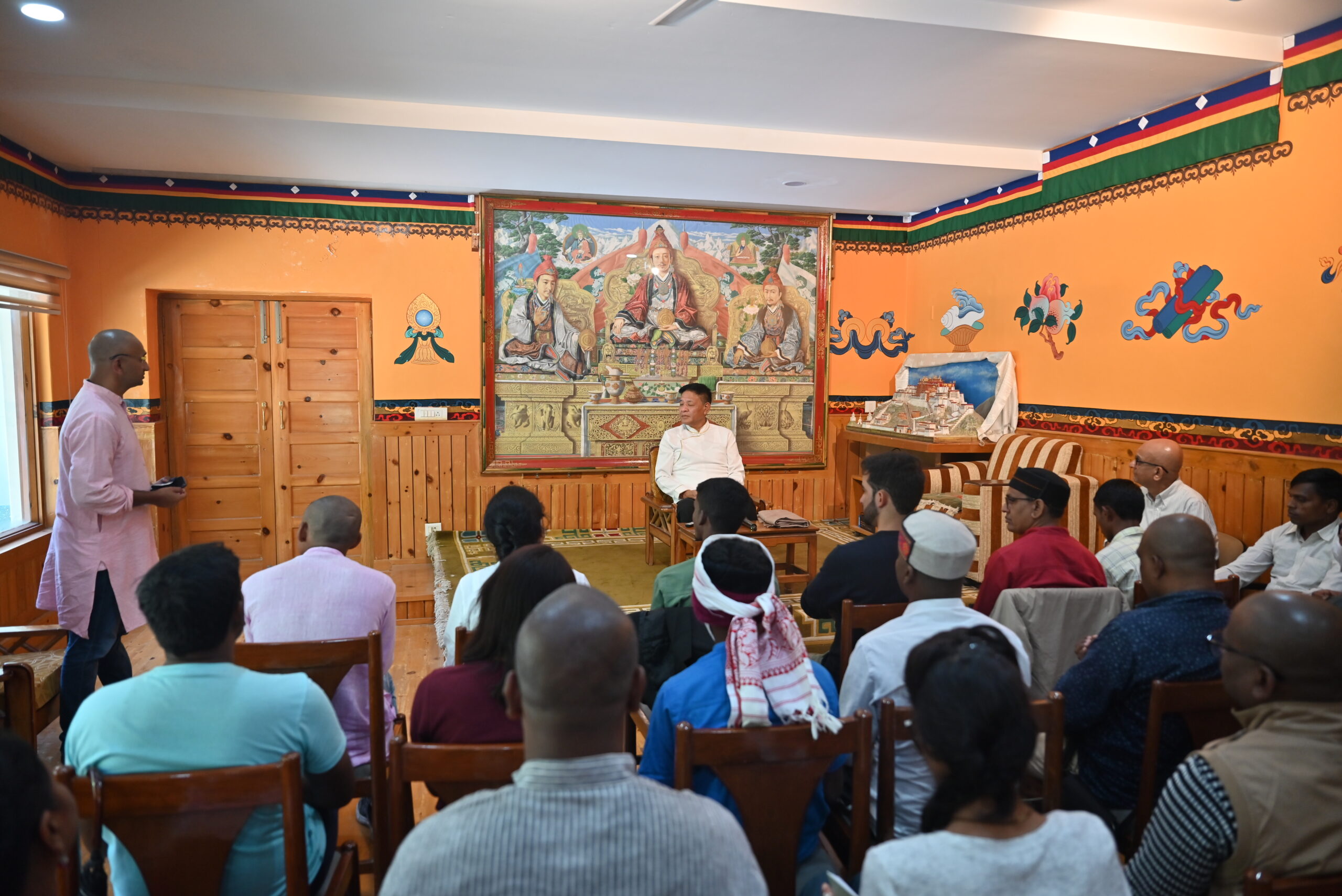 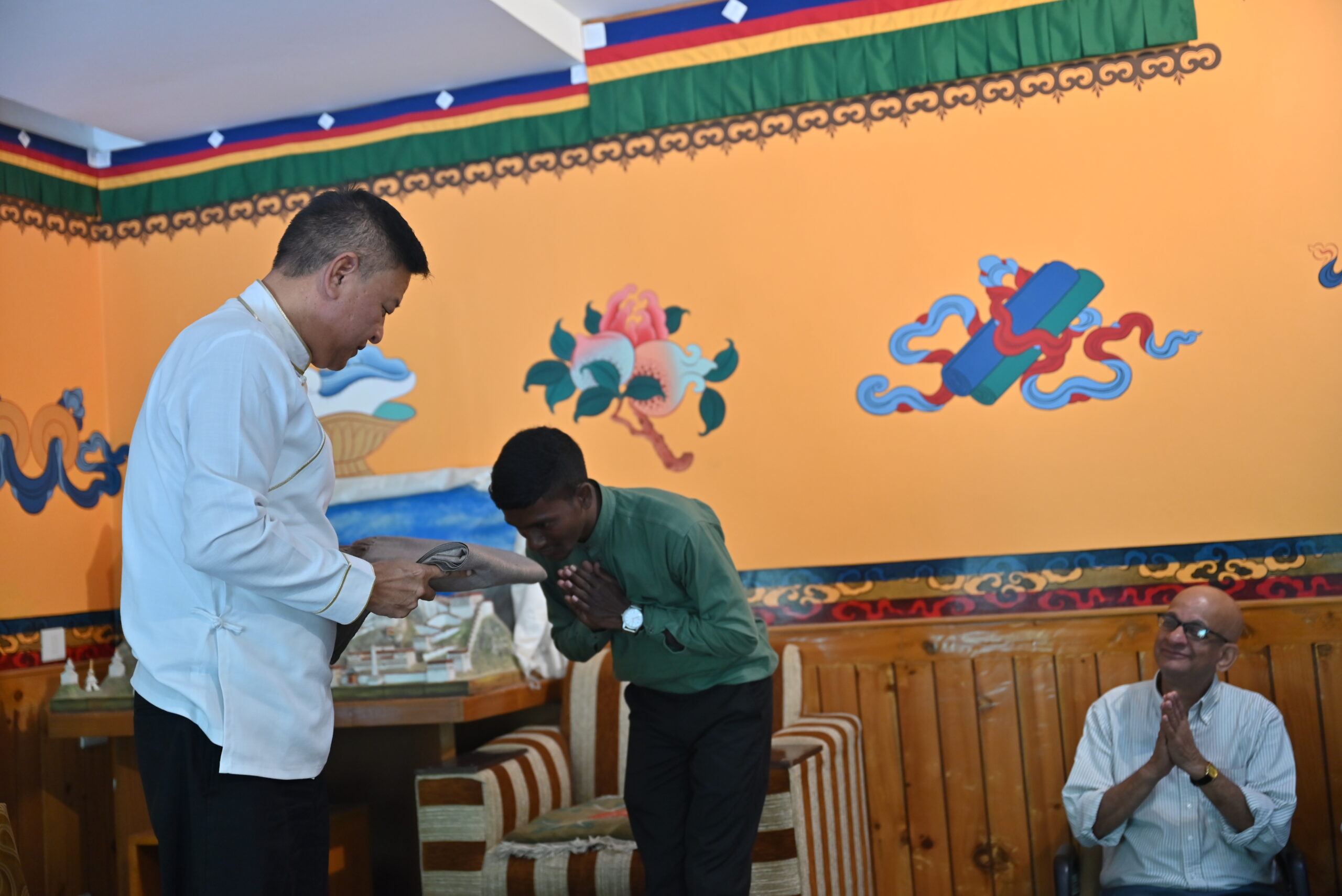 A fellow of Dishom offering a token of memento to Sikyong on behalf of the foundation. Photo / Tenzin Phende / CTA 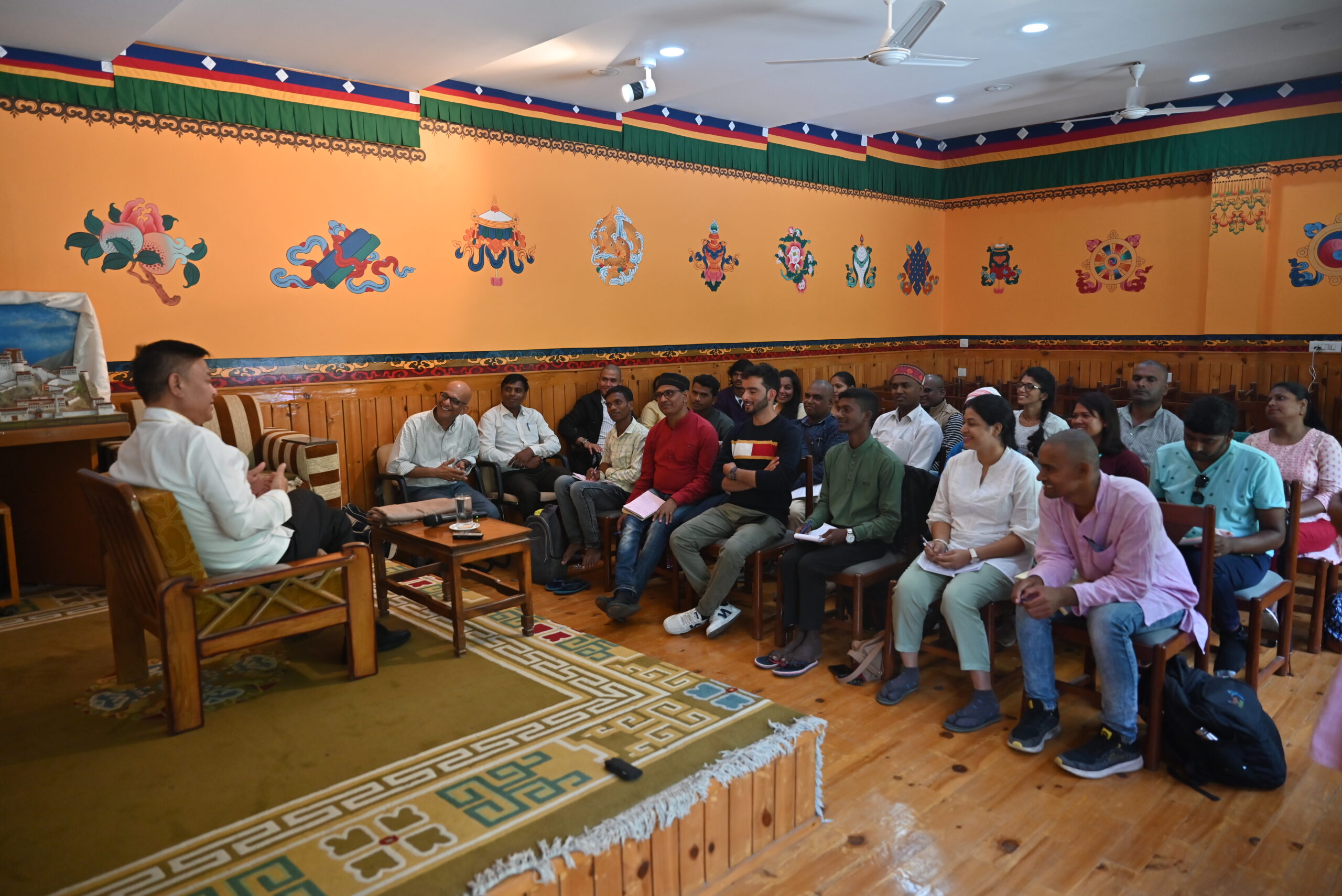 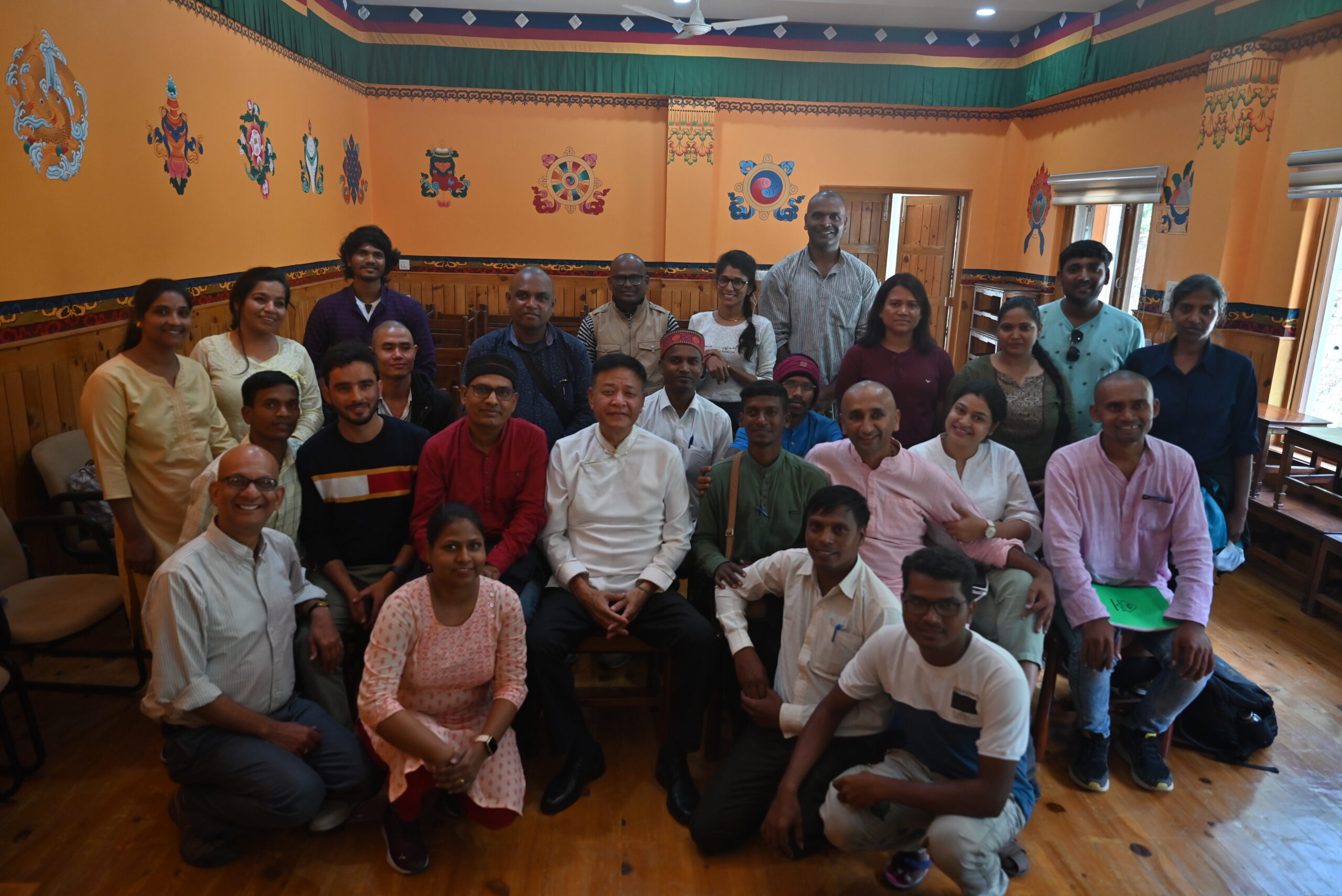