Dharamshala: Sikyong Penpa Tsering of the Central Tibetan Administration offered his profound condolences on the demise of the lifelong Tibet supporter Fredrick R Hyde-Chambers, popularly known as “Riki”. He passed away at St. Thomas Hospital in London on 31st October 2021 at the age of 77. Riki was a long-time supporter of Tibet who spent much of his time working for the Tibetan struggle since 1960s.

Sikyong Penpa Tsering, on behalf of the Central Tibetan Administration, paid his condolences in a tweet shared on his official twitter handle @SikyongPTsering. The tweet reads: 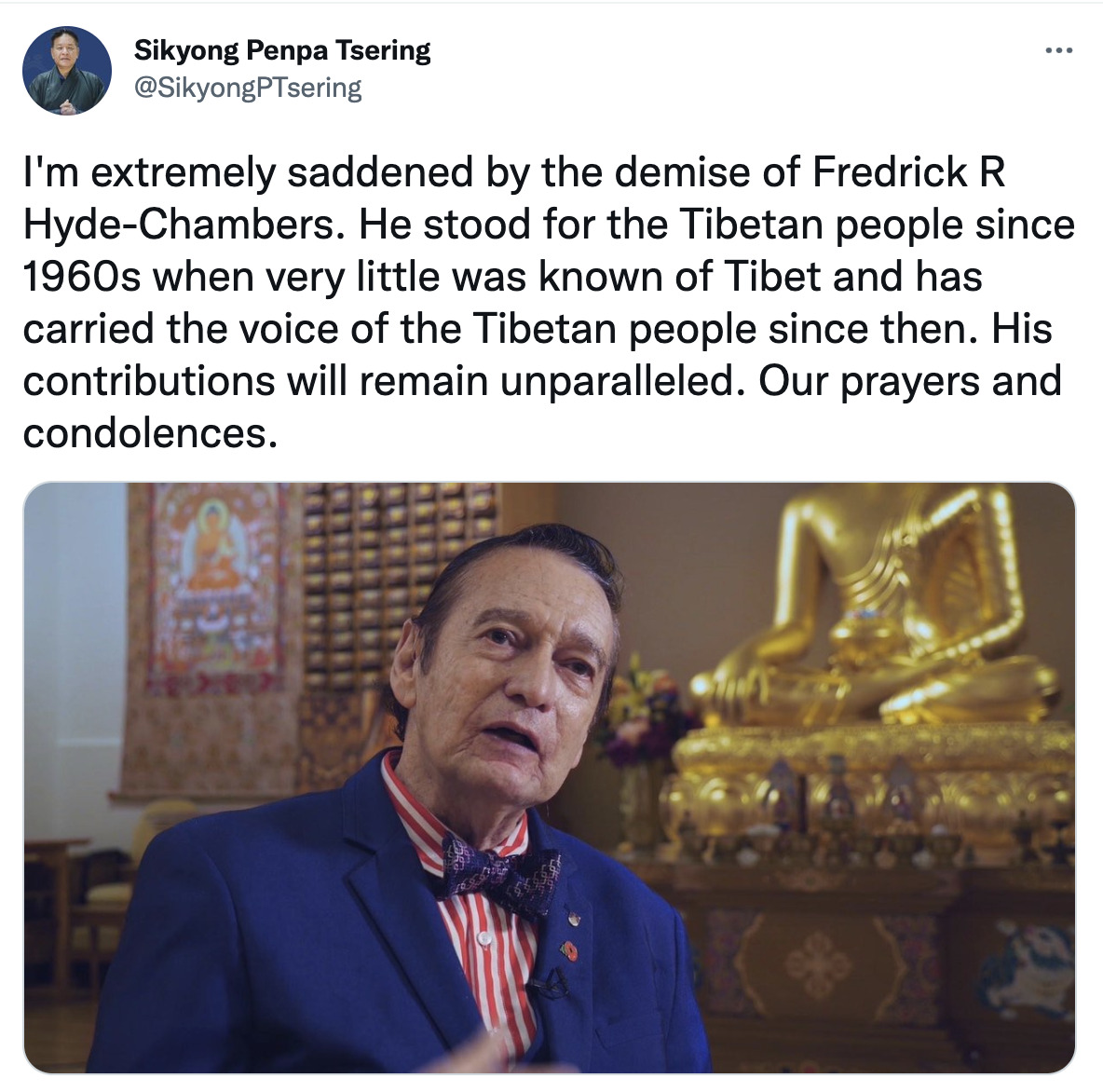