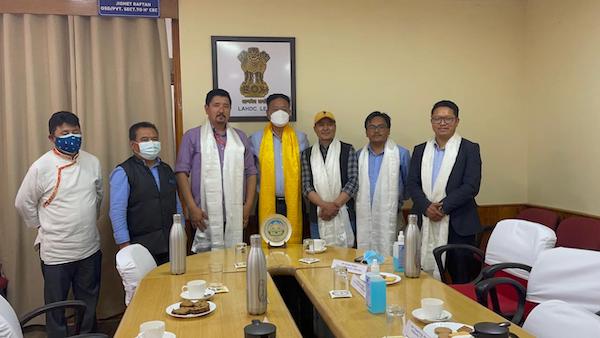 Leh: Sikyong visited the National Research Institute of Sowa Rigpa based in Leh on the fourth day of his ongoing official visit to Ladakh on 23 August. In his meeting with the staff and students of the institute, Sikyong spoke about the rich medical traditions of Sowa Rigpa and the importance of preserving and sustaining this ancient knowledge through the harmonisation of diverse efforts. He noted that the official recognition of Sowa Rigpa tradition by the Ministry of Ayush is a boost to the preservation efforts and stressed the need to take advantage of this development.

In the afternoon of the same day, Sikyong met Shri Tashi Gyalson, Chairman of Ladakh Autonomous Hill Development Council (LAHDC) and other officials at the LAHDC secretariat. During the meeting, Sikyong Penpa Tsering extended his gratitude to the Chairman and his team of Executive Councillors for their constant support towards the welfare of Tibetans living in Ladakh. He also raised a few concerns and grievances of the Tibetans residing in Leh Ladakh and requested their assistance in resolving the issues.

Chairman Tashi Gyalson informed Sikyong about the various initiatives being taken by the LAHDC Leh for the development of Tibetans residing in Ladakh. He ensured his commitment to work for the collective development of Tibetans and the people of Ladakh. He stated that the LAHDC, District Administration, Leh and the UT Administration will explore and work on strengthening the Tibetan Rehabilitation Policy, 2014 to provide a uniform guideline demarcating the facilities to be extended to the Tibetan refugees living in the Union Territory of Ladakh.  He also assured LAHDC’s continued support and assistance to the Tibetans residing in Ladakh.

Sikyong left for Jhanthang region on the morning of 24 August for the second leg of his official visit to Ladakh. In Jhangthang, Sikyong will meet the various nomadic communities of the remote region. 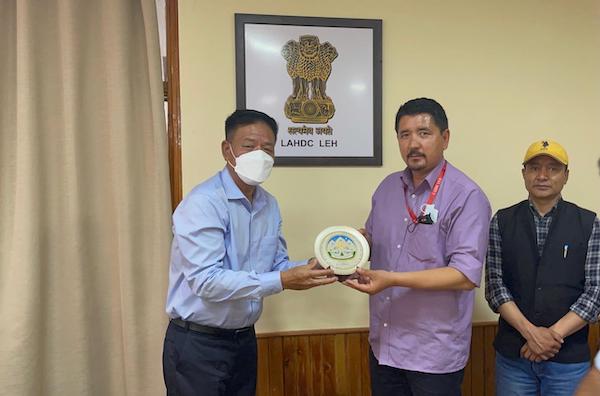 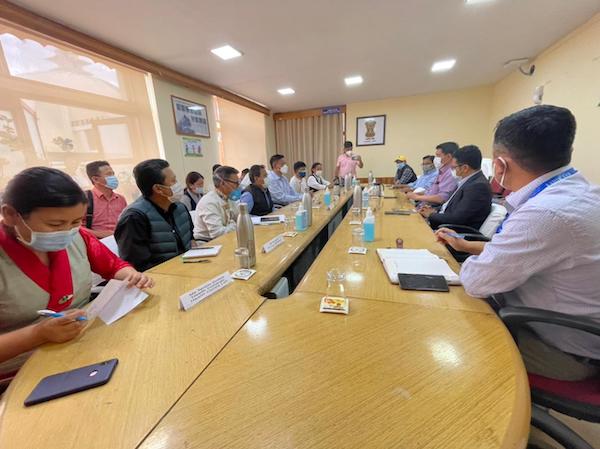 The meeting between Sikyong Penpa Tsering and Chairman Tashi Gyalson and officials of LAHDC, 23 August 2021.