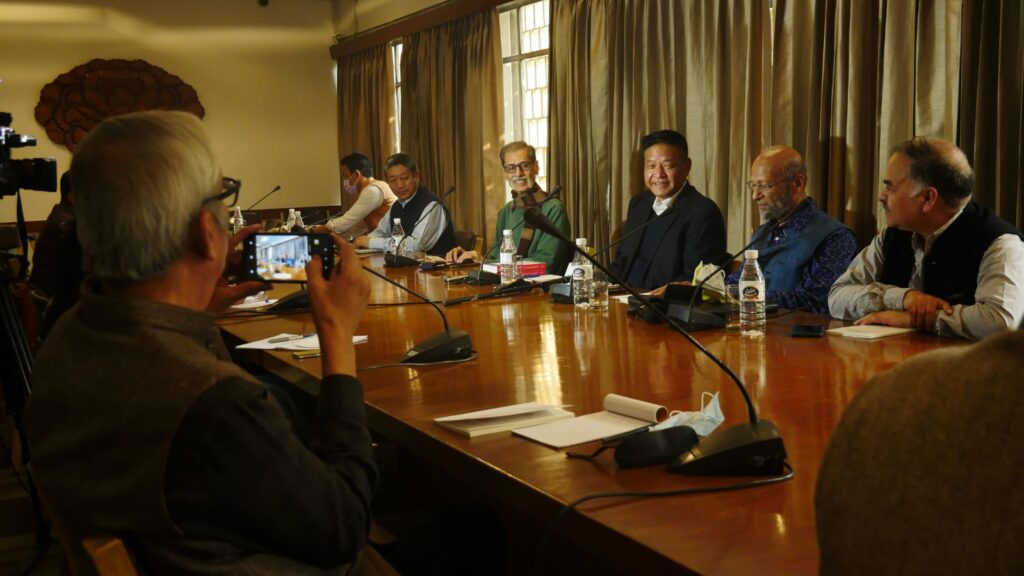 New Delhi: A group of more than 20 foreign affairs journalists representing various newspapers of India such as Asian Age, The Print, The Tribune, and The Wire, etc. to name a few attended an interactive session with Sikyong Penpa Tsering of Central Tibetan Administration on Friday, 26 November in Delhi.

Sikyong was invited as the honourable guest by the Indian Association of Foreign Affairs Correspondents at India International Centre, New Delhi.

Sikyong highlighted the book ‘Tibet Brief 20/20’ by Micheal van Walt van Praag, a Tibet expert and legal advisor to the Central Tibetan Administration. Dr Van Praag, in his book, has detailed the legal status of Tibet as an independent country and how Tibet was never a part of China historically. Sikyong also raised many Tibet related issues including the violation of human rights in Tibet by Chinese authorities, and the rampant destruction of Tibetan language, culture and religion through the imposition of brutal policies in Tibet.

After the talk, Sikyong engaged in a question and answer session with the journalists. He responded to questions on the situation inside Tibet, the flow of information from inside Tibet, and identifying verifiable sources in Tibet, etc.

Co-convener Mr. Sanjay Kapoor thanked Sikyong for visiting IAFAC and responding to the questions posed by the journalists. and for proving a fresh perspective on Tibet and the Tibetan freedom movement.

–Report filed by Sonam Therchin, Bureau of His Holiness the Dalai Lama