Sikyong inaugurates TNSA office under the DOHe, outlines agenda for the future of Tibetan sports 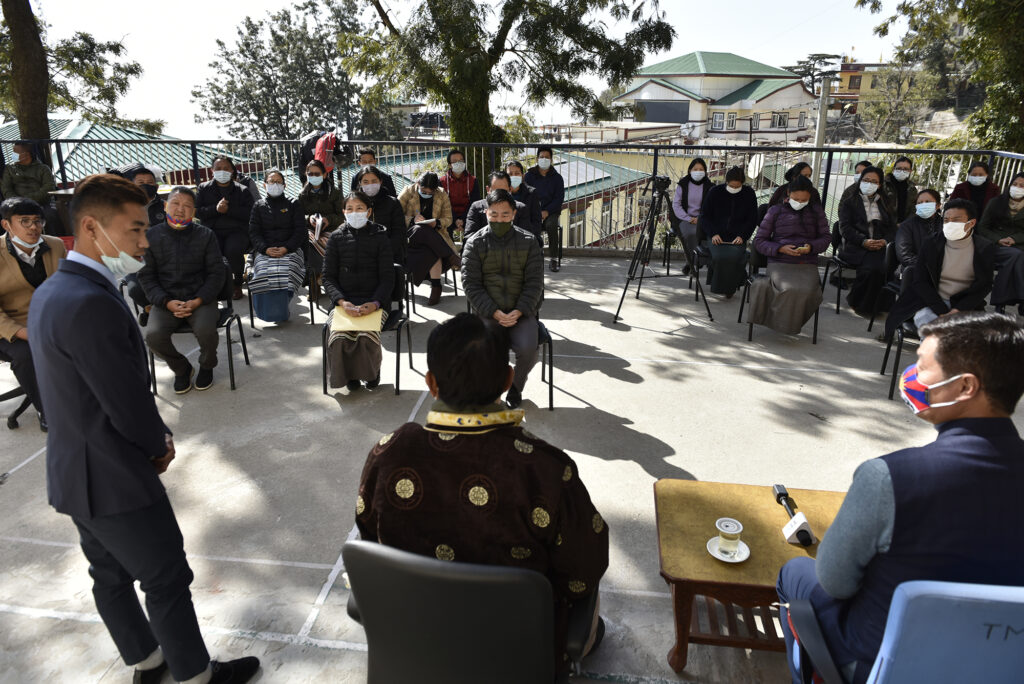 The inaugural ceremony held at the courtyard of Health Department. Photo/CTA/ Tenzin Jigme

Chief guest, CTA President Sikyong Dr Lobsang Sangay commended the TNSA on their notable achievements. He observed the long-spanning relationship between CTA and TNSA with Sherig Secretary originally serving as a board member on behalf of CTA. He added that before the integration into the Health Department in 2019, TNSA members had been in contact with CTA since 2015 regarding funding requirements and prospects for football, and had accordingly received funding from Health Department for football ground and GCM expenses throughout the years.

He also cited the CONIFA tournament in London when costs for visa application and flight tickets were borne by CTA. In view of the funding issues and appeals from the body, it was subsequently decided to integrate TNSA into the Health Department and allotted annual budget under the Health Department in 2019.

Sikyong highlighted the need for nurturing youth talents in achieving national and global distinction. He also shared that the integration is part of the long-term vision for promoting public health and to keep youth from falling into vices by engaging them in recreational activity.

He acknowledged Sikyong’s role in intensifying the working relationship between the association and the department and handing its charge to the Health Department with the appointment of Health Kalon as its Chairman and Health Secretary as Executive Chair. He assured that the department will continue to provide all the necessary assistance to the association while commending its self-reliance. He concluded with the reminder that all the concerned members bear the responsibility to take forward the future of Tibetan sports and wished the staff success in their endeavours.

Executive Director of TNSA, Tenzin Rinchen shared a brief background of the Tibetan sports body which was established in 2002 by Kasur Jetsun Pema under TCV  and its integration into the Health Department in 2019 with its office moved to the department in 2020.

Currently, TNSA constitutes of 3 committees- 1)Board members with Health Kalon as its Chairman, Health Secretary as its Executive Chair and 8 members who decide on the programmes to undertake each year and budget. 2)Activity members decide during monthly meetings on their responsibilities after taking into account the board members’ decision. 3)The international chapter of TNSA which is comprised of 5 members promotes the initiatives undertaken by TNSA.

Regarded among its greatest achievements, the Gyalyum Chenmo Memorial Gold Cup GCMGC football tournament has been held 25 times so far which remains the largest sporting event in Tibetan exile community and has seen the men’s football team participate in international tournaments 4 times and up on this year’s agenda is taking the women’s football to the international platform.

The event ended with the signing of TNSA jersey by Sikyong, followed by group photo ops. 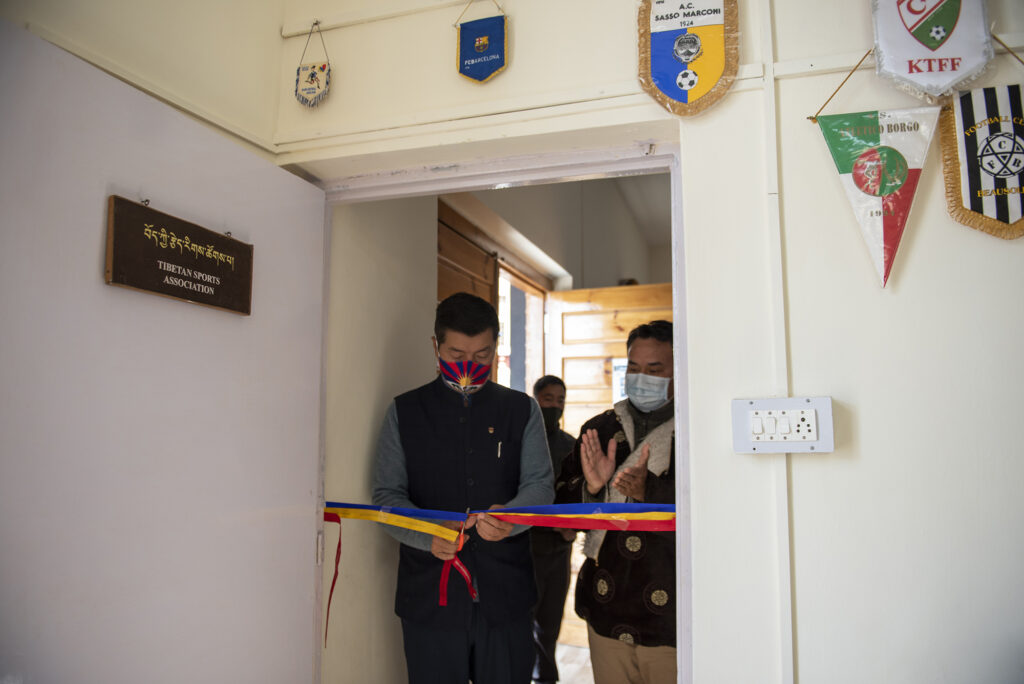 Sikyong cuts the ribbon at the inauguration ceremony. Photo/CTA/Tenzin Jigme 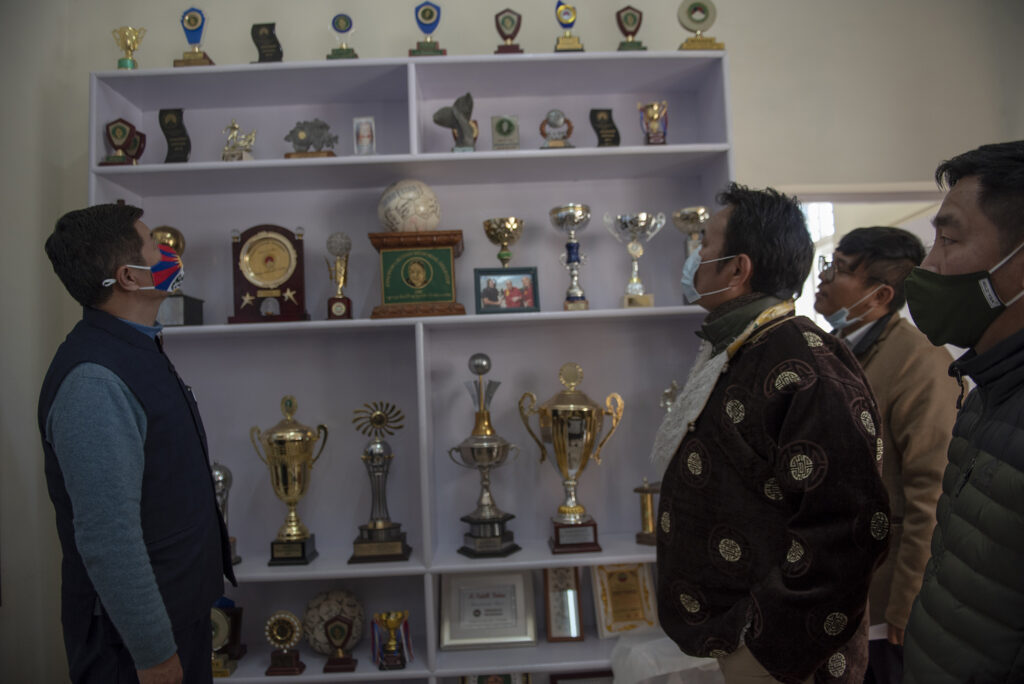 Sikyong, Health Kalon stand before the gallery of trophies won over the years. Photo/CTA/ Tenzin Jigme 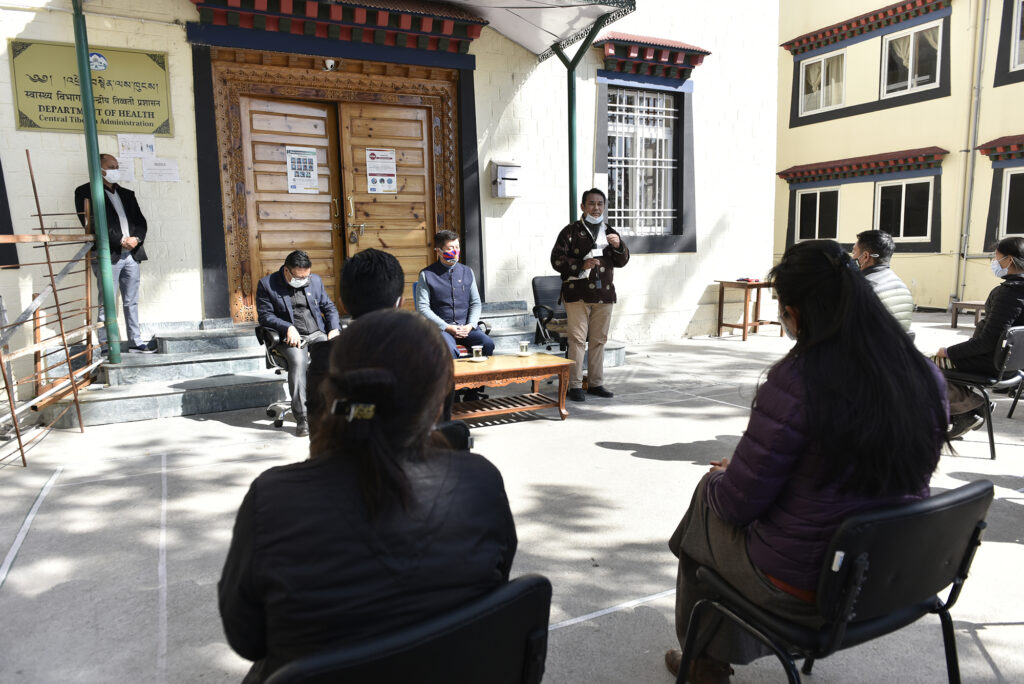 Kalon Choekyong Wangchuk speaks at the launch of TNSA office and welcomes the staff. Photo/CTA/Tenzin Jigme 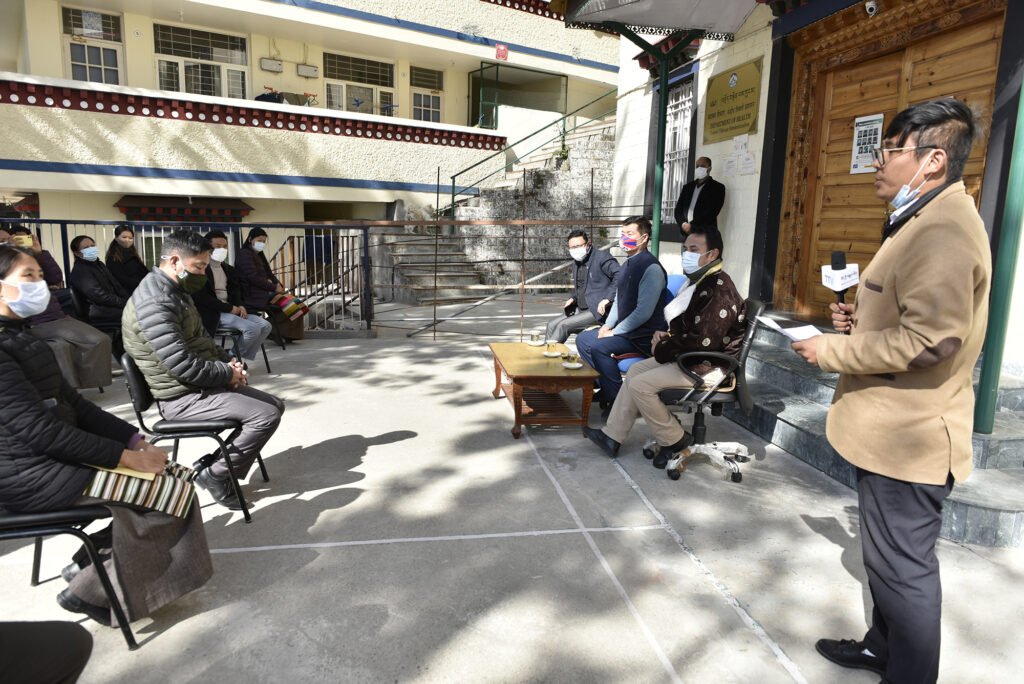 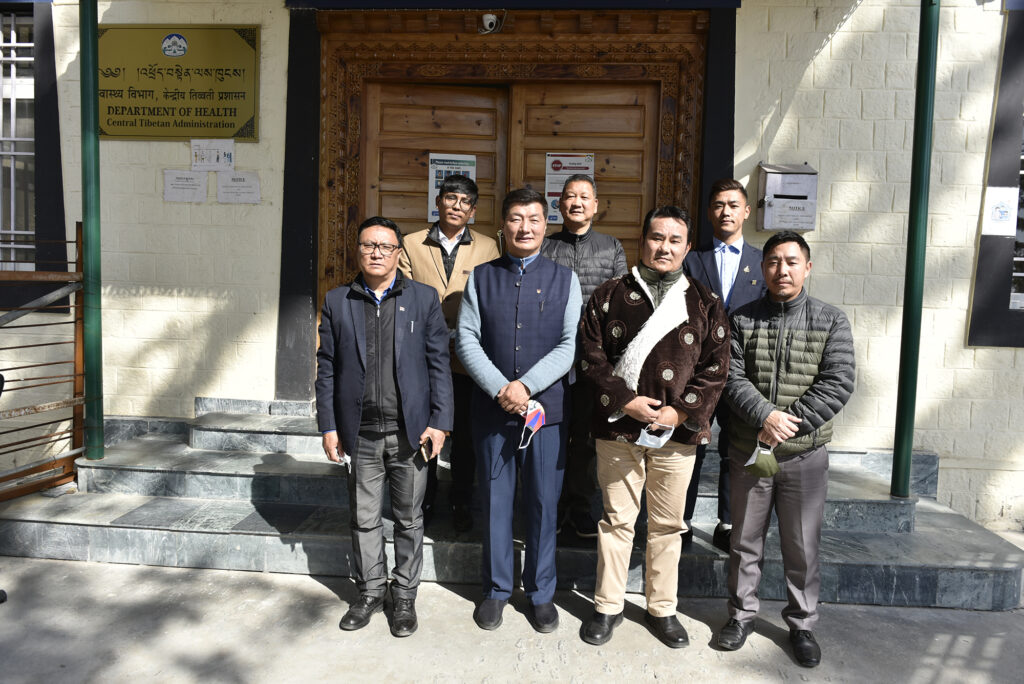 The TNSA committee board and staff. Photo/ CTA/ Tenzin Jigme 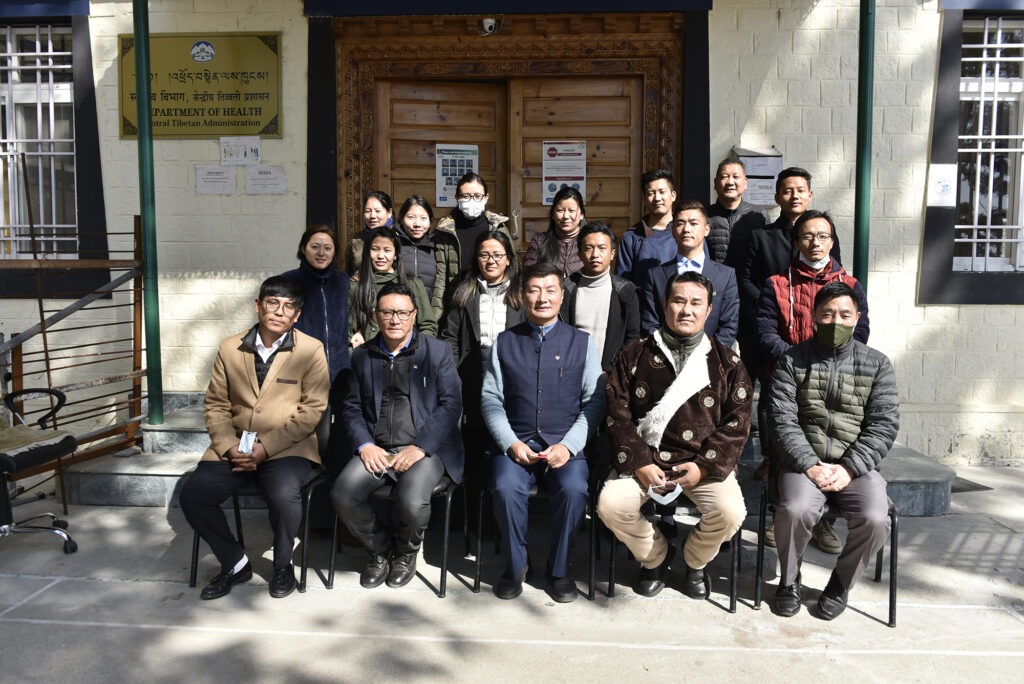 A group picture after the inauguration ceremony. Photo/CTA/ Tenzin Jigme 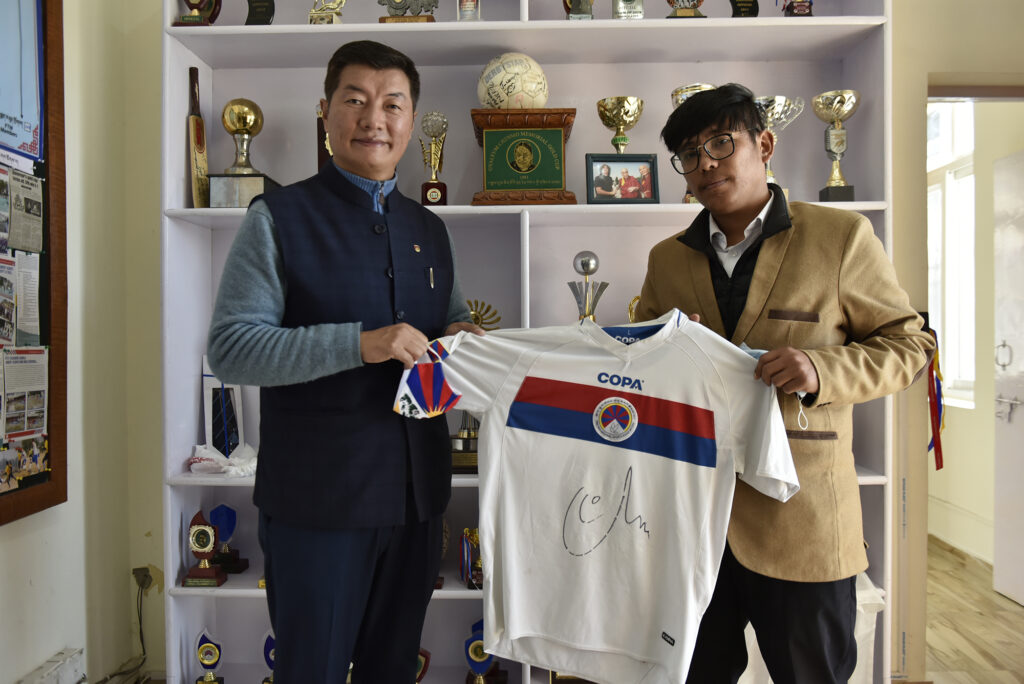