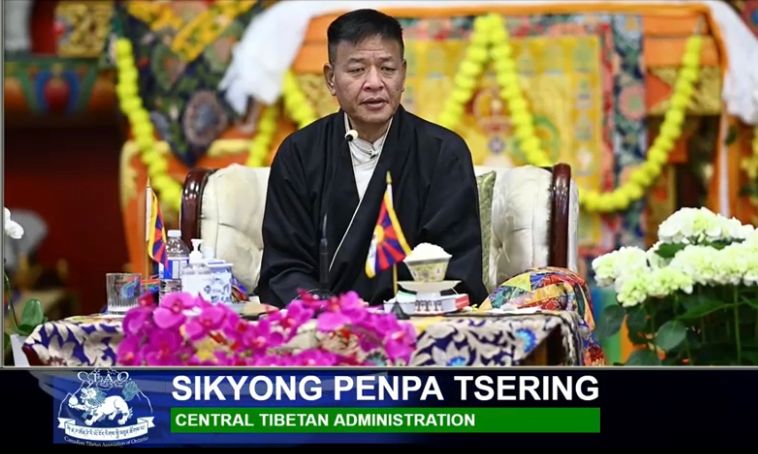 Sikyong Penpa Tsering’s public address in Toronto on 7 May 2022.

Toronto: Sikyong Penpa Tsering has on Saturday urged communal harmony during his public address in Toronto. He was visiting the Tibetan community in Toronto as part of the final leg tour of his official tour to North America.

In his public address at Tibetan Canadian Cultural Centre (TCCC), Sikyong expressed concern about certain divisive activities transpiring from regionalism and parochialism that is causing a rift in the Tibetan community, asserting such anti-social activities as a serious threat not only to the composition of Tibetan unity but also putting the Tibetan cause in jeopardy as the growing influence of the Chinese government is depicted in the Tibetan diaspora in recent times.

As a countermeasure to overcome such an imminent threat, Sikyong emphasised rising above the petty internal conflicts, becoming a self-reliant Tibetan community and above all being well informed Tibetans about their true origins.

Sikyong spoke about the advocacy and developmental projects carried out by the 16th Kashag particularly highlighting the establishment of a new Permanent Strategy Committee formulated on 13 August last year. This new committee replaces 1998 established Task Force on Sino-Tibetan Negotiations and is composed of relevant senior CTA officials who will apprise the Sikyong on Tibet and Tibet-related issues and will also advise him on advocacy and strategy planning. Another important advocacy project initiated by the current Kashag is the constitution of Voluntary Tibet Advocacy Group (V-TAG) which is aimed at providing a platform for every Tibetan, especially the youth to contribute in their own ways to the larger cause of Tibet. Sikyong apprised the purpose of this initiative as the crucial need for the changing social and demographic circumstances of Tibetan community.

“To successfully curate national-level advocacy, Tibetans in the diaspora must understand the system of governance and build a good rapport with the MPs and government officials of the host country”

Other subjects involving Sikyong’s talk were changes his administration brought in the amendments to CTA staff rules and regulations particularly emphasising his commitment to women’s representation in leadership and decision making, CTA’s work in Covid prevention, and the overall welfare of the exile Tibetans among other things.

In his brief interview with the RFA, Sikyong said his visit to Canada was rewarding particularly referring to his testimony in the Canadian House of Commons and the cross-party support received for the Tibetan cause.

Throughout Sikyong’s North America visit, he was accompanied by Representative Namgyal Choedup, CTA’s Spokesperson Tenzin Lekshay, and delegations of CTA. 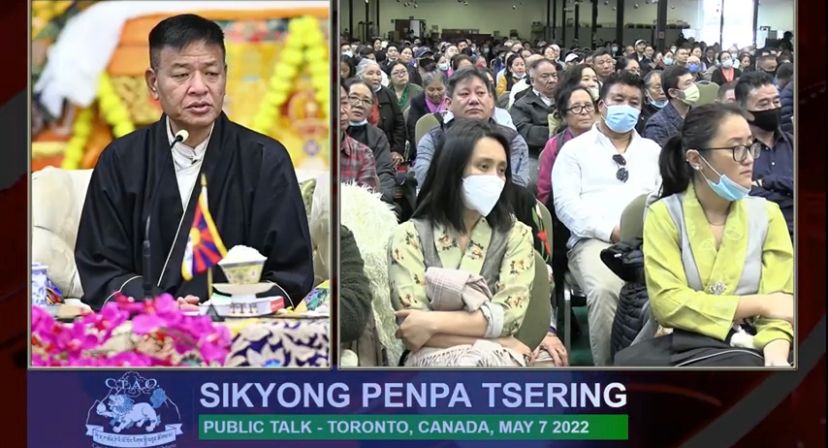 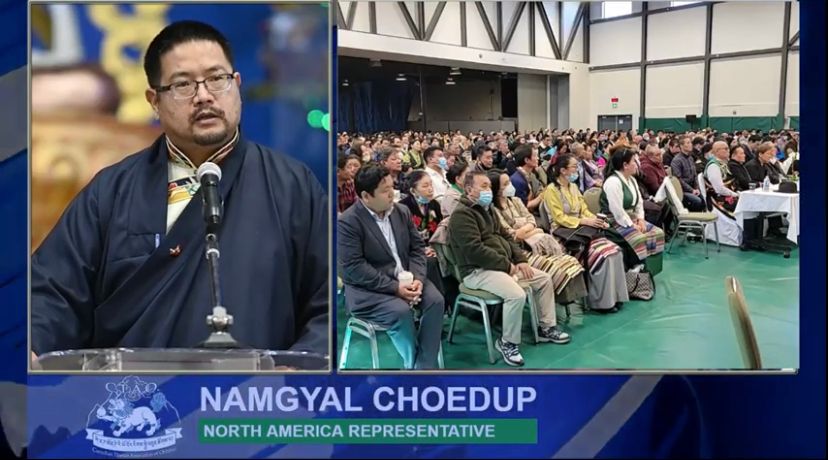