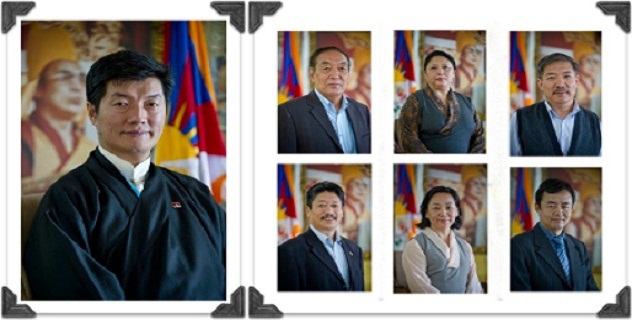 With profound grief, I report that the number of Tibetans who have set themselves on fire to protest against repression in Tibet is now reaching 100. In 2012 alone, 83 Tibetans self-immolated, and twenty-eight of these occurred within the single month of November. (Watch Sikyong’s Video Message)

Now in the new year of 2013, I am saddened to inform you that three Tibetans have set themselves on fire. The most recent self-immolation by Kunchok Kyab, 26 years old, occurred just a few days ago. Given this continuing tragic situation, I request my fellow Tibetans to not celebrate Losar (Tibetan New Year) with our usual festivities. Instead, when this year’s holiday falls on February 11, I ask you to perform only the customary religious rituals like visiting temples and making offerings. Do wear our traditional robe (Chuba) to display our identity and tradition. Kindly pray for all who have sacrificed their lives and for all who continue to suffer in occupied Tibet.

The Central Tibetan Administration (CTA) continues to appeal to Tibetans to not undertake drastic actions, and still, self-immolations persist in Tibet. The universal demands of the Tibetans have been the return of His Holiness the Dalai Lama to Tibet and freedom for Tibetans. This is the aspiration of Tibetans and our sacred duty to support.

In our 10 March 2012 statement, we called on all Tibetans and friends to make 2012 a Tibet Lobby Year. Due to their dedication, this call has been successful: we have seen resolutions passed in the European Union (EU), France, Italy and the United States, and statements issued by parliamentarians in Brazil, Japan and other nations.

The CTA expresses deep appreciation to these parliamentarians, and to global citizens, for their support. We also remain grateful to the United Nations Human Rights Commissioner, Human Rights Watch, Amnesty International, Reporters  Without Borders and Freedom House for their attentiveness to and reports on the deteriorating situation in Tibet.

Let us build on the successful lobbying efforts of 2012 by fully engaging throughout 2013 in the *Solidarity With Tibet Campaign*. This campaign’s first major event took place in New York on 10 December 2012 and the release of the video on self-immolation, “What’s China doing in Tibet?”.

Within India, Tibetan parliamentarians are visiting state capitals to appraise and seek support from many prominent leaders.

From Wednesday, 30th January to 2nd February 2013, thousands of Tibetans will converge in Delhi, India’s capital city, for a series of campaign activities. On 10 March 2013, Tibetans from various corners of Europe will gather in Brussels, the capital city of the EU, to observe the 54th Tibetan national uprising day.

I urge all Tibetan Associations, Tibet Support Groups, international NGOs, people of all faiths, and friends of justice throughout the world to intensify efforts to lobby parliaments and governments. Call on the Chinese government to allow international delegation and media access into Tibet. Reach out to your local and national media and encourage them to write and broadcast about what is happening in Tibet. In all endeavors, please continue to conduct our campaign in a peaceful, legal and dignified manner.

I appeal to our Chinese brothers and sisters to join us in supporting the aspirations of the Tibetan people. The CTA remains committed to the Middle-Way Approach and to resolve the issue of Tibet peacefully through dialogue. The  responsibility as well as the solution for the current crisis in Tibet lies with the Chinese government.

To our brothers and sisters in Tibet, we are with you every step of the way. The three principles of unity, innovation and self-reliance will guide us towards our goal of seeing His Holiness the Dalai Lama return to Tibet and restoring freedom for Tibetans.