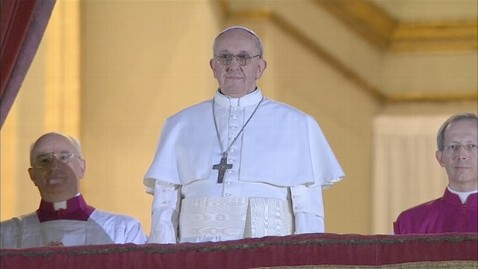 “On behalf of the Tibetan people everywhere I would like to extend our heartiest congratulations to Your Holiness on your election as the first Latin American and the first Jesuit to be the Roman Pontiff. This is indeed a very historic moment,” Sikyong Dr Lobsang Sangay said in his congratulatory letter to Pope Francis.

“As you have remarked at your audience to the massive crowd at the St. Peter’s Square immediately after your election, indeed the Conclave of the Cardinals “went to the end of the world to choose a Pope”, and have wisely revealed a humble, simple, first non-European and a remarkable champion of the poor to lead the flock of over 1.2 billion Catholics of the world. Undoubtedly, your congregation will receive your blessings and leadership at this critical juncture.

“Tibetan Buddhism and Christianity have co-existed peacefully in Tibet for centuries. His Holiness the XIV Dalai Lama of Tibet has shared deep and profound experiences with various leaders of the Christianity, including Pope John Paul II. He has gone on pilgrimages to Jerusalem, Assisi, Lourde and Fatima and many other places of worship. The promotion of inter-religious harmony is his life-long mission,” Sikyong said.

A large crowd in the Vatican’s St Peter’s Square greeted with cries of delight and applause the White smoke flowing from the chimney above the Sistine Chapel on Wednesday, signalling the election of 76-year-old Argentine Cardinal Jorge Mario Bergoglio as the new Pope.