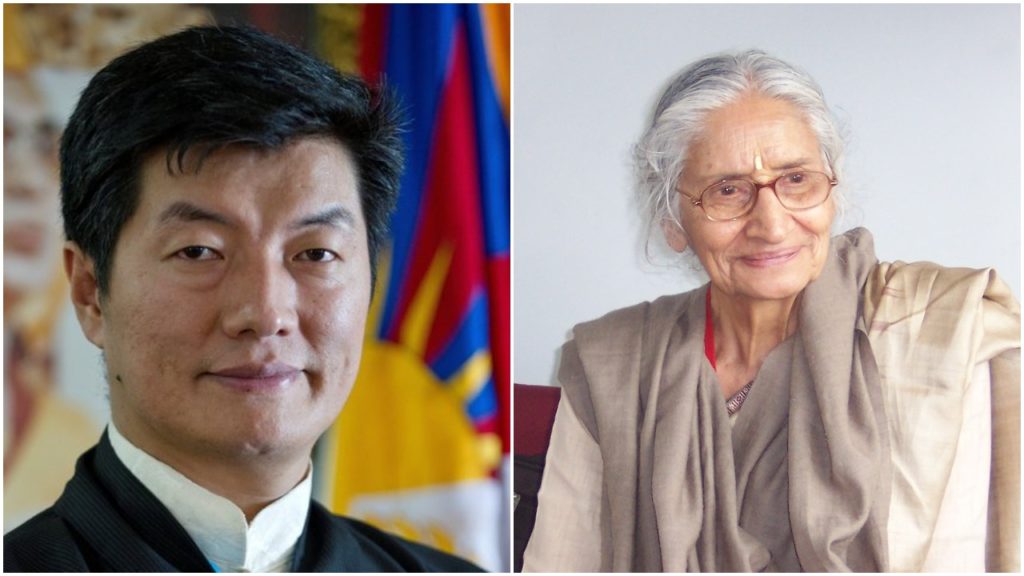 “I am deeply saddened to learn of the passing of Dr Kapila Vatsyayan. On behalf of the Central Tibetan Administration and the Tibetan people, I offer our heartfelt condolences to the family and wellwishers,” said Sikyong in his condolence remarks.

“Dr Kapila was renowned for her pioneering contribution to ancient Indian culture and civilisation which have earned her the epithet of ‘the grand matriarch’ of cultural research and the Padma Vibhushan award in 2011, among the many accolades she’s won.

“Through her decades long association with the Tibetan people, Dr Kapila has been a stalwart supporter of the Tibetan cause, and a very dear friend to His Holiness, who would fondly refer to her as ‘Mata ji’.

“Dr Kapila had a long and rich career as a preeminent art scholar, former Member of Parliament, special advisor and Secretary to the Government in the Ministry of Education, in which capacity she played pivotal role in establishing the Central Institute of Higher Tibetan Studies, Sarnath in 1967, Tibetan school administrations and many such initiatives that supported the preservation of Tibetan culture and identity in India.”

The Sikyong also recalled his meetings with the late scholar, including in 2018 during a Thank you India event in Delhi, and remembered her presence as awe-inspiring and humbling.

He concluded by saying, “Dr Kapila’s support to the Tibetan cause and the people has been longstanding and will always be remembered by the Tibetan people with the deepest affection and respect.”

Leading scholar, author and connoisseur of Indian arts, Dr Kapila Vatsyayan died at her Delhi home on Wednesday. She served as the founding director of the Indira Gandhi National Centre for the Arts; former President of India International Centre (IIC); an IIC Life Trustee and the Chairperson of the IIC International Research Division. She was 91.