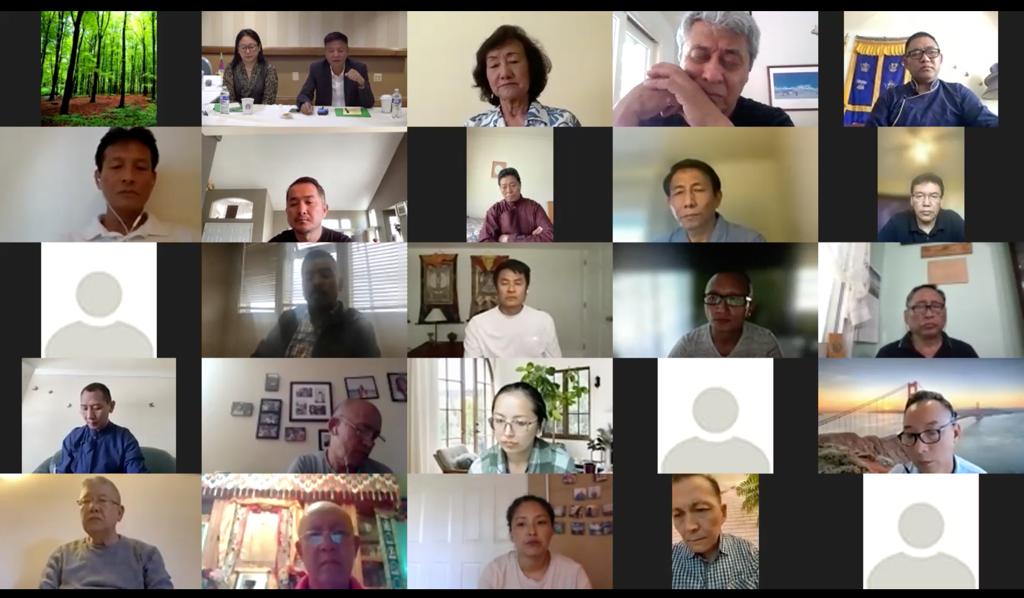 In an hour-long virtual meeting participated by 30 representatives, Sikyong briefed the executive leaders of the Tibetan associations about the upcoming demographic survey expected to be carried out next month.

“Good planning should precede any project in order to successfully implement it. Good planning invariably requires definitive data and the challenge before us is the lack of a definitive demographic survey to date which hinders proper planning and implementation of many projects,” Sikyong said in his opening remarks while drawing on the importance of the upcoming survey.

Sikyong later fielded a few questions from the participating executive members in terms of implementing the survey project in their areas. DIIR Kalon Norzin Dolma, Secretary Karma Choeying and representatives of the offices of Tibet also participated in the meeting.

The demographic survey is among the priority initiatives of the 16th Kashag, a key endeavour to get a hold of number of Tibetans in the diaspora, the collected data of which will be used as a standard measure for the implementation of political, administration, socio-economic and welfare schemes and most importantly, the same data will be adopted in the administration’s endeavour towards e-governance.