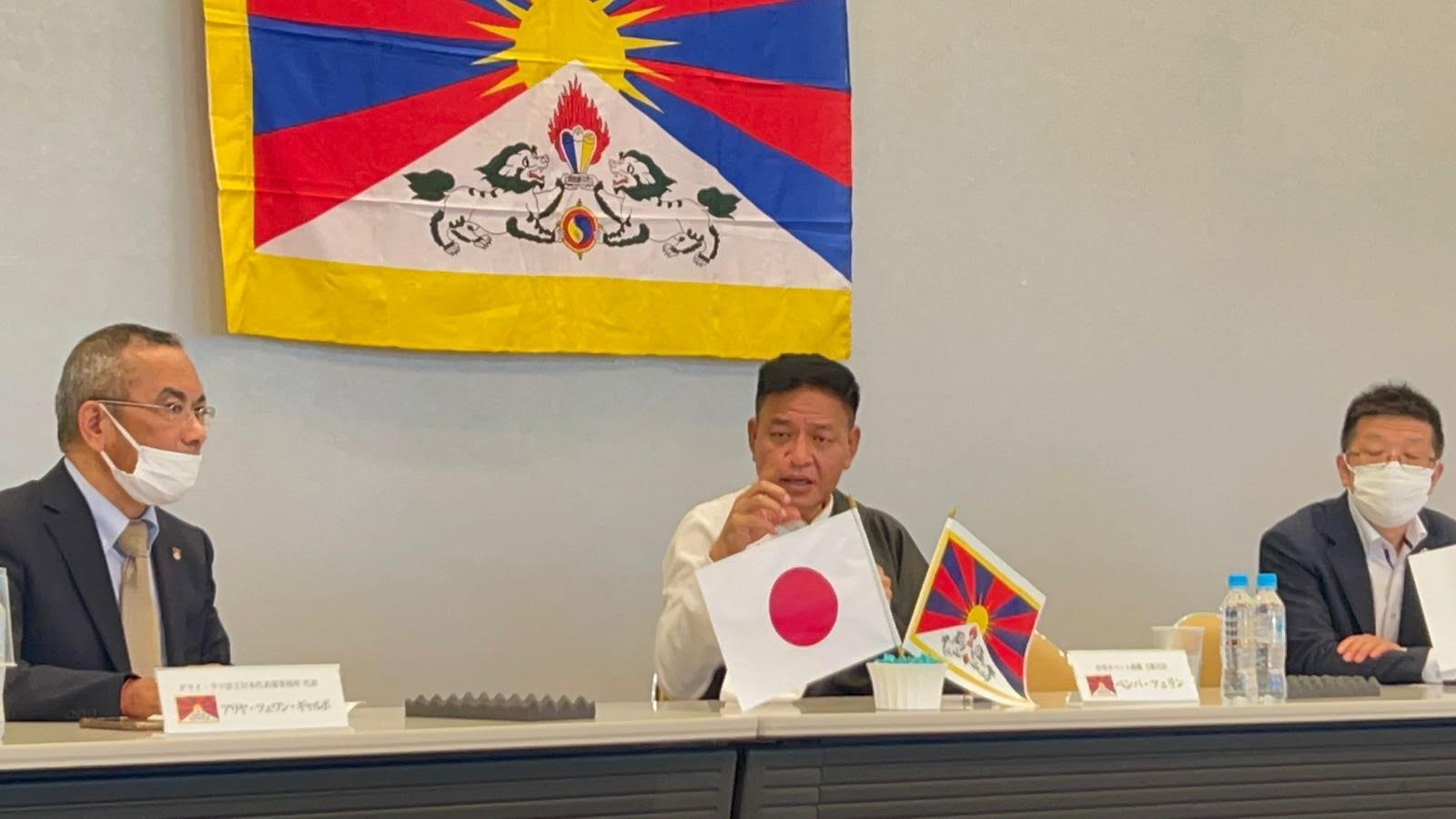 Tokyo: Sikyong Penpa Tsering of the Central Tibetan Administration attended a seminar on building common ground to seek international support to end the extermination of the identity of Tibetans, Uyghurs and Southern Mongolia under China’s repressive rule on 23 September 2022.

The representatives of Uyghurs and Southern Mongolia are among the main panelists at the seminar titled “Building Common Ground: Occupied Nations under CCP Regime”, which was jointly organized by Tibet House Japan and Free Tibet Network.

Sikyong said the biggest threat facing Tibet today is the Chinese government’s policy to exterminate the Tibetan language. “Tibetan children from the age of 3 have been put up in colonial boarding schools away from their parents and culture, as a result they can’t speak Tibetan,” he said.

Sikyong said it is vital to protect the Tibetan plateau for the survival of 1.8 billion people in Asia who depend freshwater from the world’s ten major rivers originating from Tibet. Drawing attention to the drying up of Yangtse river in China, Sikyong said the climate change in Tibet will have serious repercussion in the neighbouring regions.

Reinforcing repression and surveillance of Tibetans, the Chinese government has taken DNA from more than 1 million Tibetans without their permission from 2016 to 2022, Sikyong said.

Speaking on the mismanagement of the Chinese government on Covid measures, Sikyong said Tibetans are suffering immensely, as in the capital Lhasa alone, more than 20 to 30 percent of Tibetans have been forcibly moved out of the city in very bad condition and put them up including sick ones together in one room with no proper food and medicine. 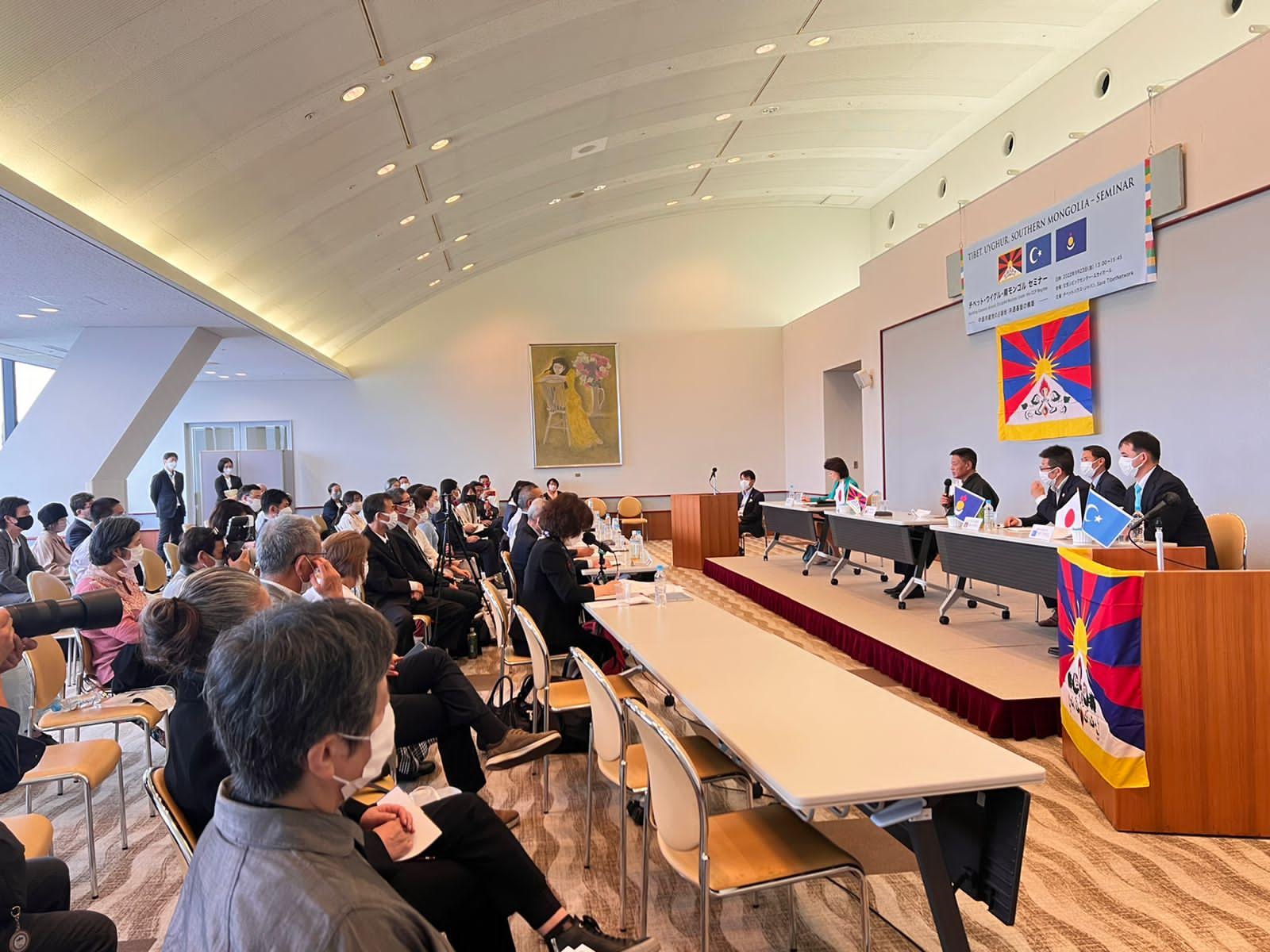 View of the seminar on Tibet, Uyghur and Southern Mongolia in Tokyo.

Sikyong reiterated that Tibet was an independent country before it was invaded by the Chinese government in 1949. Sikyong further said books by eminent Dutch scholar Michael van Walt van Praag and Chinese professor Lau substantiated the historical fact that Tibet has never been a part of China since antiquity. The world governments saying that “Tibet is part of China” at the behest of the Chinese government is going against the international law.

Sikyong called on the Japanese government to appoint special coordinator on China to address the grievances of Tibetans, Uyghurs and southern Mongolians.

Sikyong said the international community, including Japan, must stand up to the Chinese government to protect freedom, democracy and rule of law. China outwardly looks powerful economically and militarily, but it is bereft of moral power and hence very insecure, he added.

Mr. Uda Kerimu, Chairman of Japan Uyghur Association, expressed grave concern over the serious human abuses in Uyghur perpetrated by the Chinese government, which the UNHCR said in its recent report as crime against humanity He called on the international community press China to end the cultural genocide in Uyghur.

Mr. Olhunud Daichin of South Mongolia Congress said the massive transfer of Chinese into Southern Mongolia has overwhelmed the Mongolians and turned them an insignificant minority in their own land.

Addressing a press conference after the seminar, Sikyong said the Central Tibetan Administration is firmly committed to Middle Way Approach to resolve the issue of Tibet through dialogue with the Chinese government. 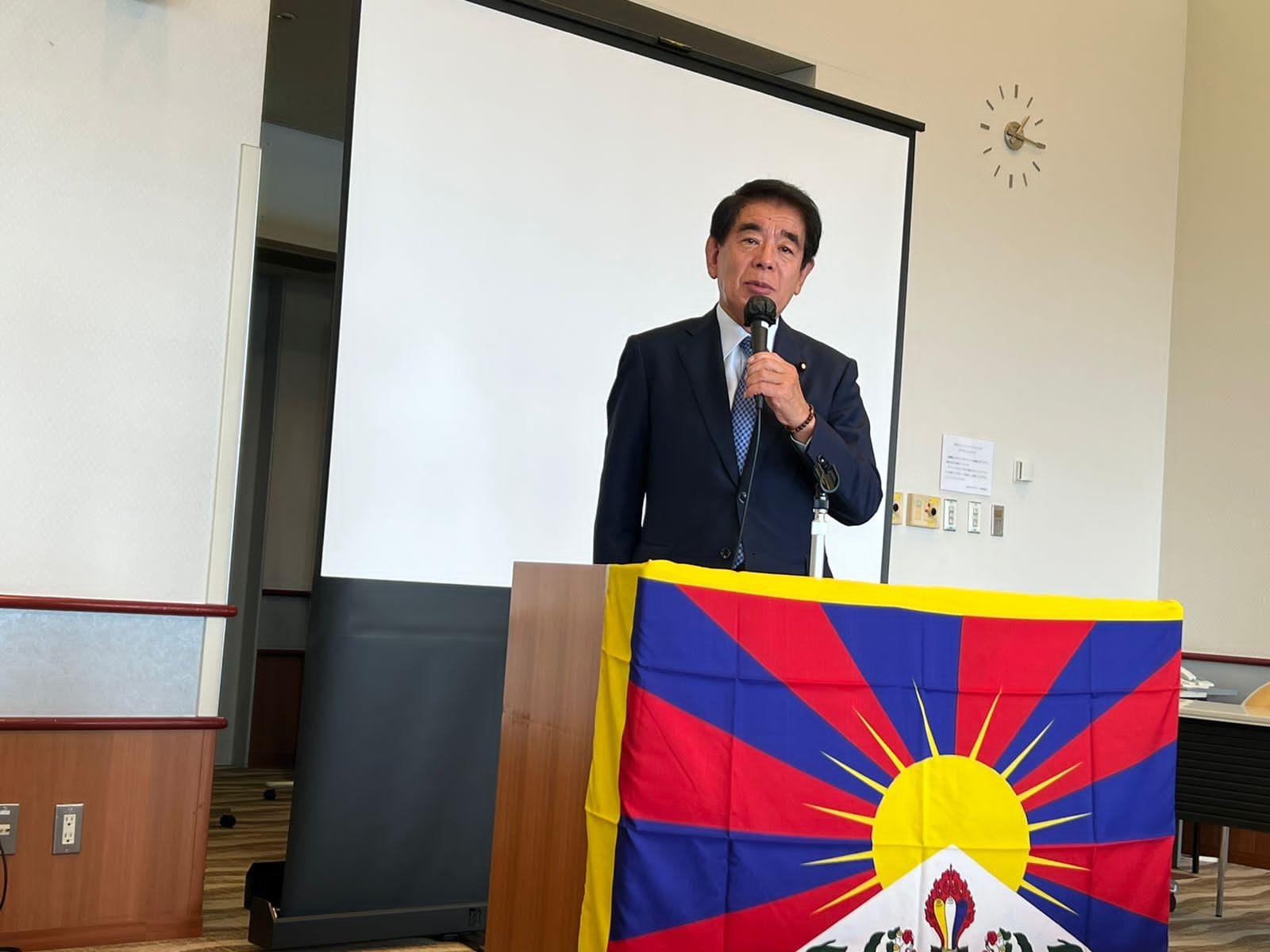 Mr. Shimomura Hakubun, Chairman of the All Party Japanese Parliamentary Support Group for Tibet, speaking at the seminar. 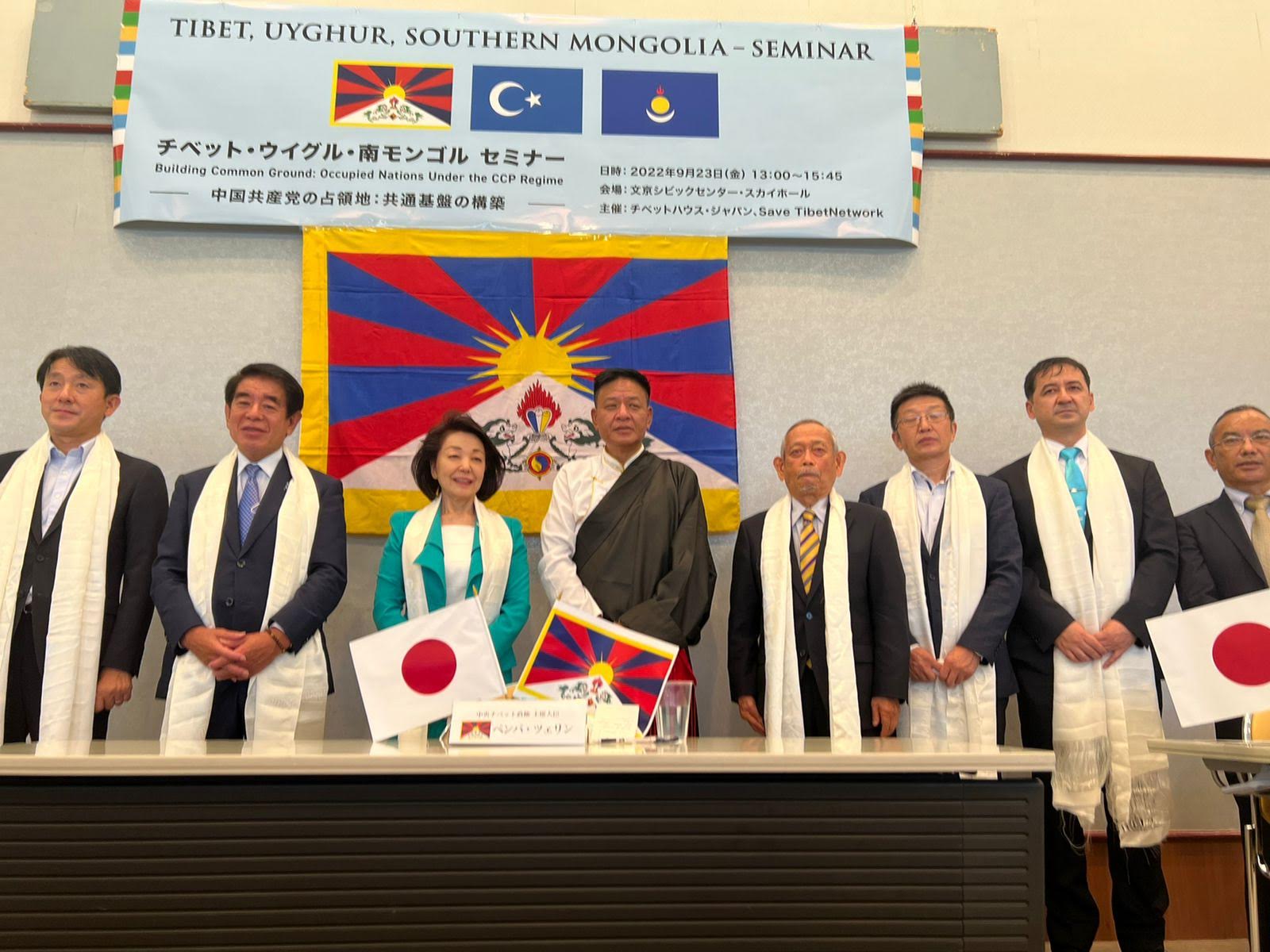 Sikyong with other panelists and Japanese MPs at the seminar.