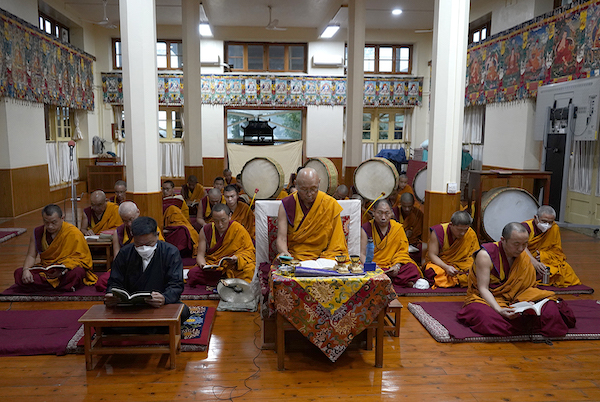 Dharamshala: Sikyong Penpa Tsering of the Central Tibetan Administration today attended the annual Maha Guru Bumtsok prayer ceremony at Tsuglakhang in Mcleod Ganj. The Maha Guru Bumtsok is an annual prayer ceremony organised by the Department of Religion and Culture, Central Tibetan Administration, to pray for the health and long life of His Holiness the Dalai Lama.

Due to Covid 19 restrictions, the prayer ceremony was organised on a low scale with limited participants this year. Those who attended include Secretary Tsegyal Dranyi of Kashag Secretariat and Department of Religion and Culture, Additional Secretary Dhondul Dorje and monks of Namgyal Monastery. The prayer ceremony is presided over by Lopon Lobsang Tendar of Namgyal Monastery.

The annual Maha Guru prayer ceremony is a Tibetan Buddhist ritual that involves distribution of food and edibles on large scale to devotees. Under normal conditions, local Tibetans and non-Tibetan devotees also attend this ritual offering that lasts for several days with great devotion.

The three-day prayer ceremony will conclude on 21 July this year. 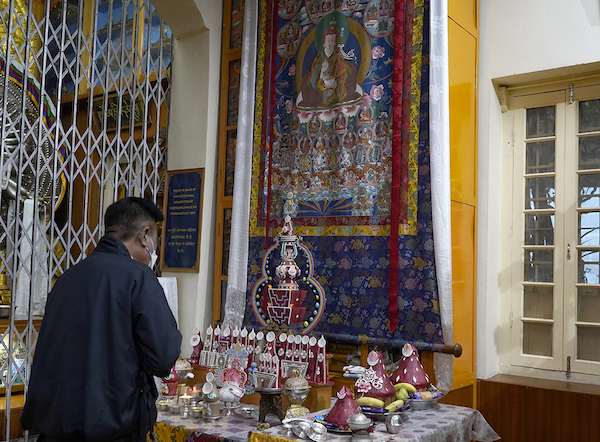 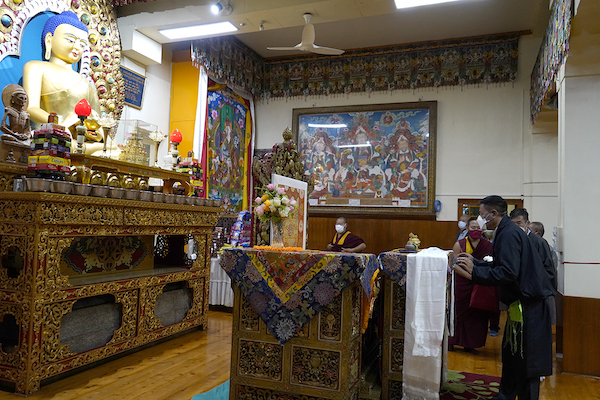 Sikyong Penpa Tsering offering a Tibetan ceremonial scarf to a statue of Lord Buddha and a portrait of His Holiness the Dalai Lama before the prayer ceremony, 19 July 2021. Photo/Tenzin Phende/DIIR 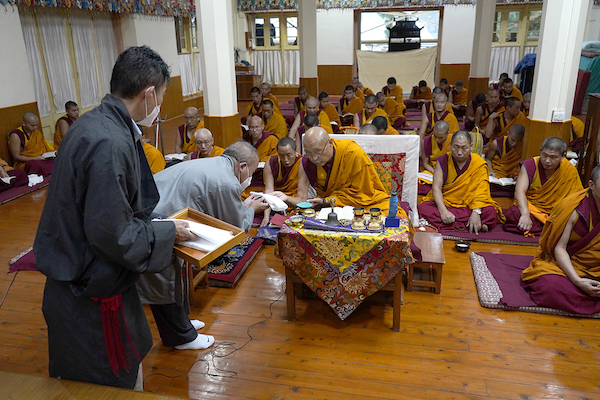