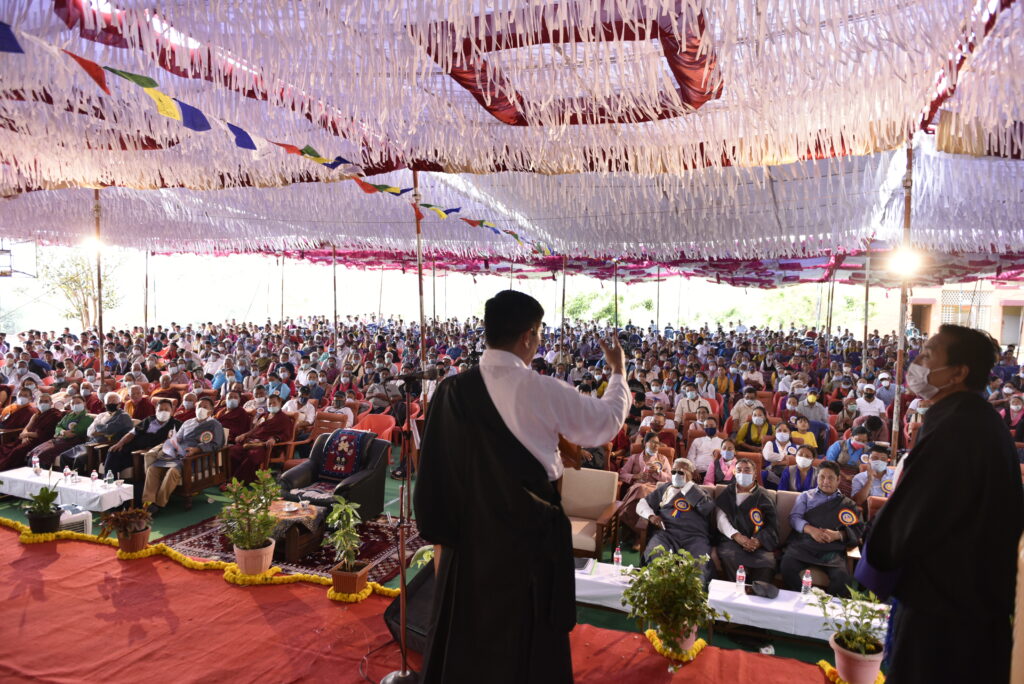 Dharamshala: As part of his official farewell tour across Tibetan settlements in South India, Sikyong Dr Lobsang Sangay began the first leg of his official engagements with Kollegal settlement where he took part in the Gratitude Year programme. He received a warm reception from the settlement officials, representatives of Tibetan associations and the general public.

In his address, Sikyong noted that it was indeed a good fortune that His Holiness’ predicted of himself living up to the ripe age of 113 and added that it is seminally linked to the sacred guru-disciple relationship. On behalf of the Kashag, he applauded the elaborate gratitude year programme observed by the settlement and the recently erected statue of the divine entities assuring that he would share it with His Holiness during his next visit and the news would make him joyous.

He also spoke of the various projects and initiatives completed in the two terms across the 5 settlements, especially in Kollegal. South Zone Chief Representative Officer Choephel Thupten-led staff made many efforts finally succeeding in availing funds by the state government for the road development project. In consideration of the importance of public health, a state of the art open gym was created with 55 lakhs in aid approved by the Kashag as well as the ongoing construction of the community hall among other achievements.

He also highlighted, in general, the importance of unity and fraternity, celebrating the settlement for its characteristic qualities of unity and humility and expressed his wish that it would continue to be so.

In his conclusion, he warmly thanked the public for allowing him the lifetime opportunity to serve the Tibetan cause for the duration of his term and expressed his confidence in fulfilling their aspirations. 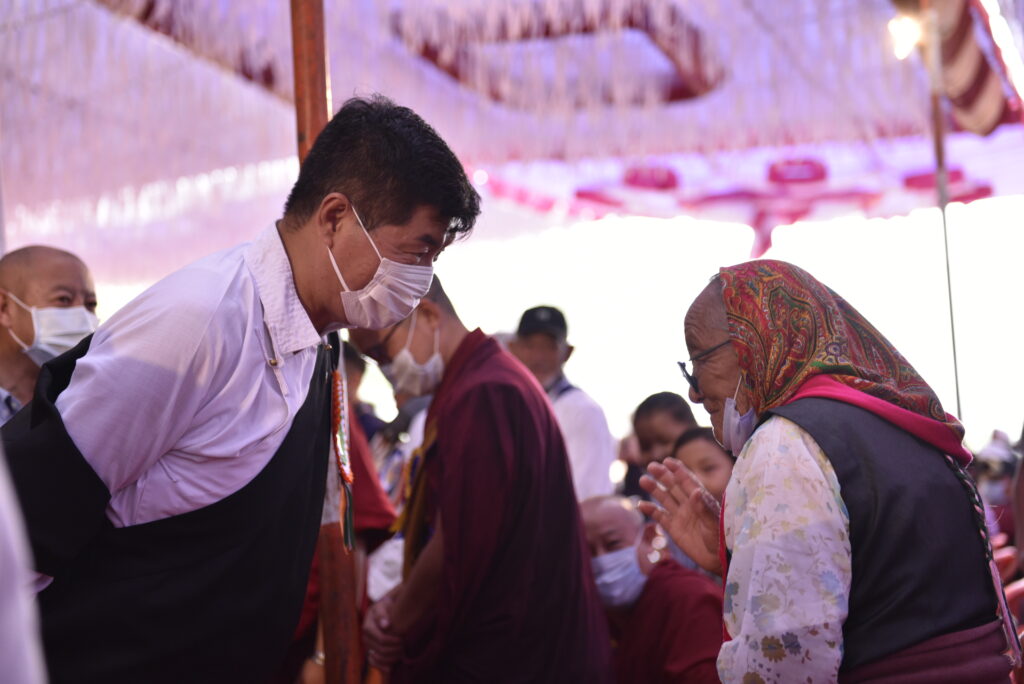 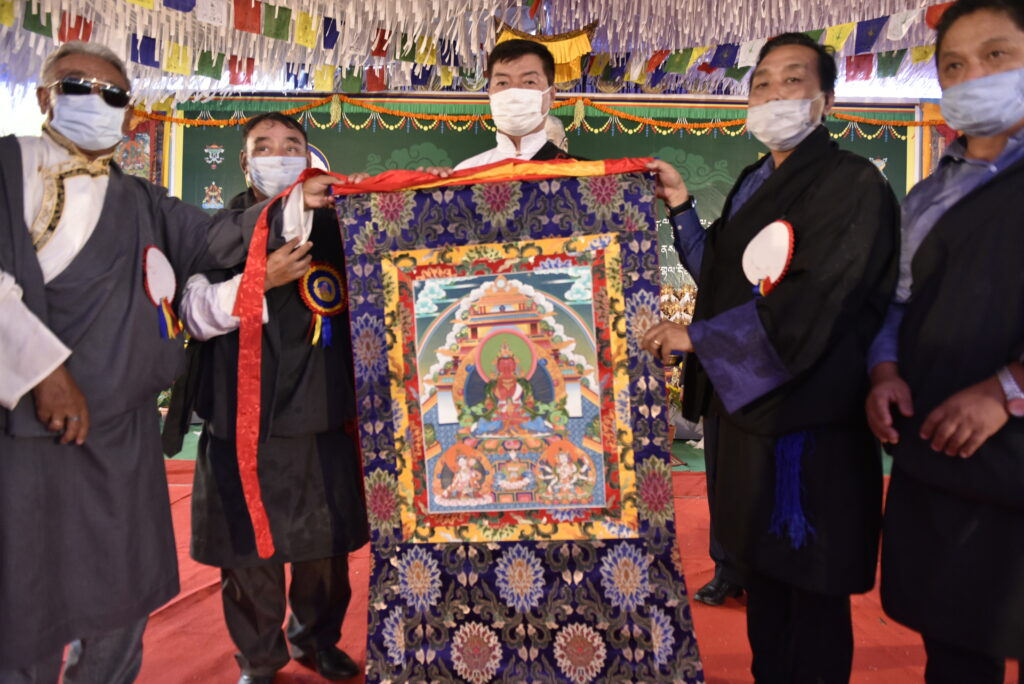 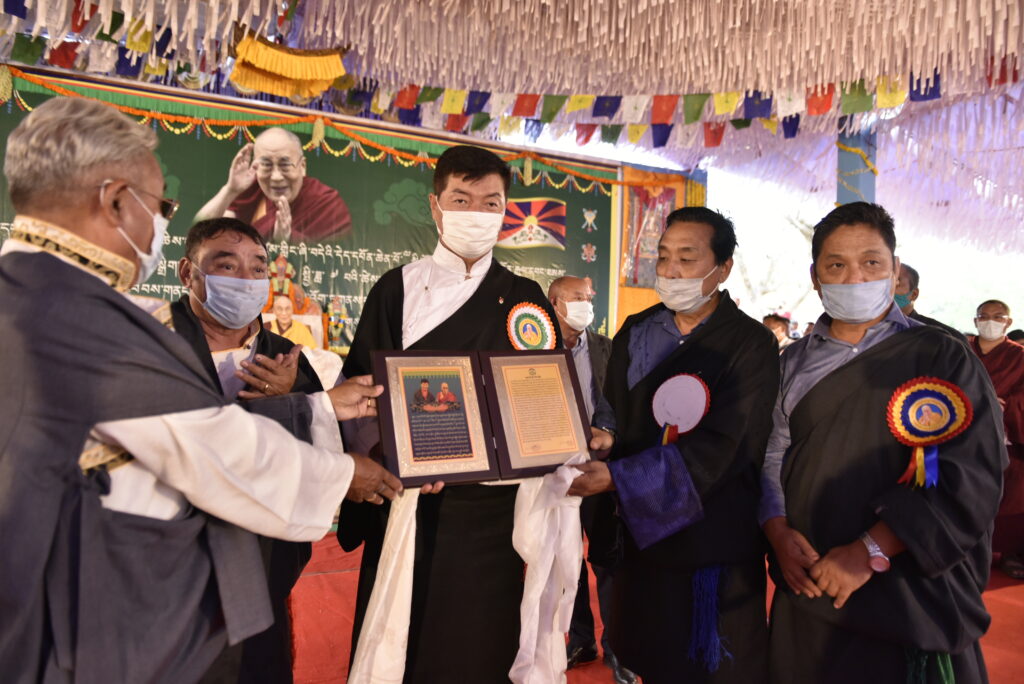 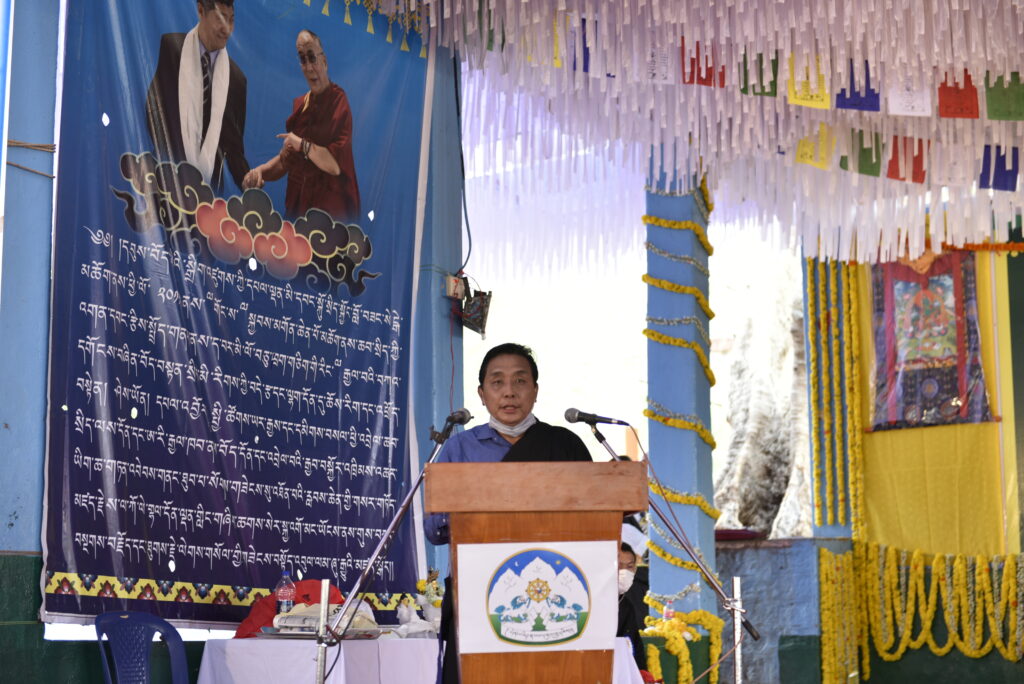 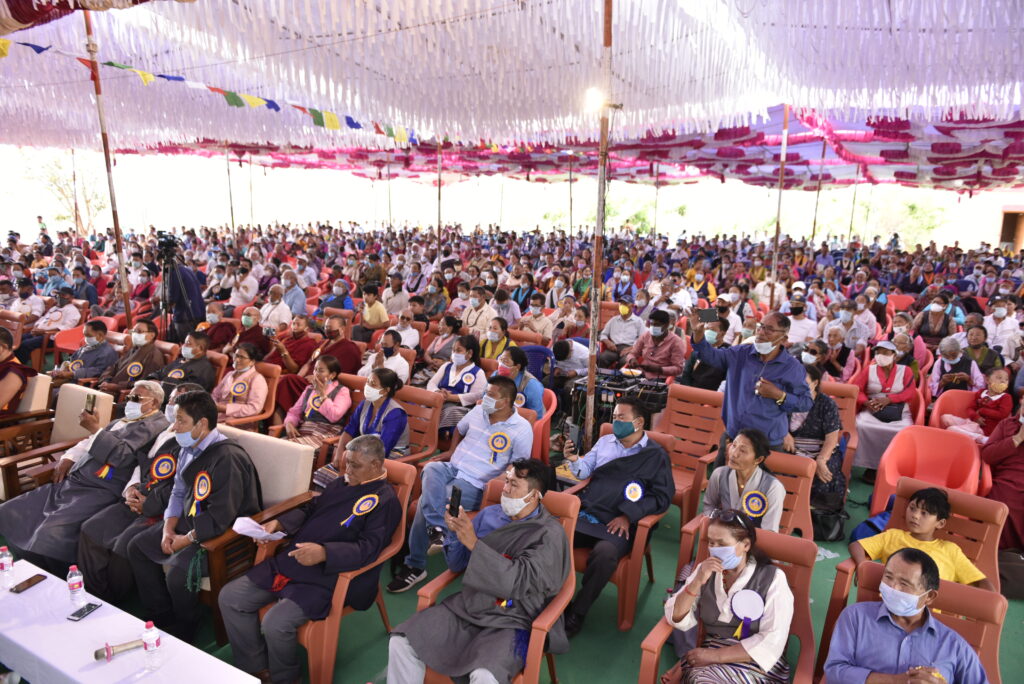 Members of the public at the official programme. Photo/Tenzin Wangchuk/CTA