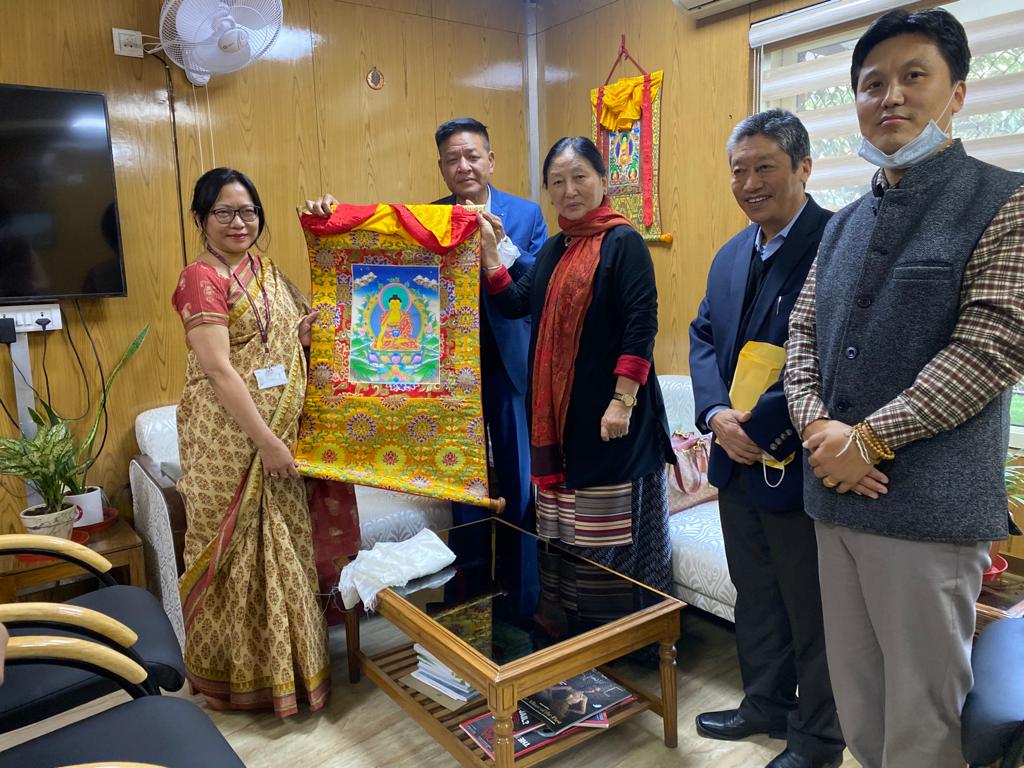 New Delhi: Sikyong Penpa Tsering and Education Kalon Tharlam Dolma Changra paid a courtesy call to the Joint Secretary of the Ministry of Education, GoI, on Monday, 29 November, at her office chamber at Shastri Bhawan.

Ms L.S. Changsan, Joint Secretary of the Ministry of Education, also serves as the Chairperson of the Central Tibetan Schools Administration.

In the meeting, which lasted for about an hour, Sikyong and Education Kalon raised various issues related to the current state of Tibetan schools in India, particularly the handing over of administration and management of the last six CTSA schools.

When asked about the meeting, Education Kalon said that “all in all, it was extremely fruitful”, adding that “we were able to raise and discuss all major issues concerning the current state of Tibetan schools in India”.

This is her first official trip outside Dharamshala since she was sworn in as the Kalon of the Education Department earlier this month. 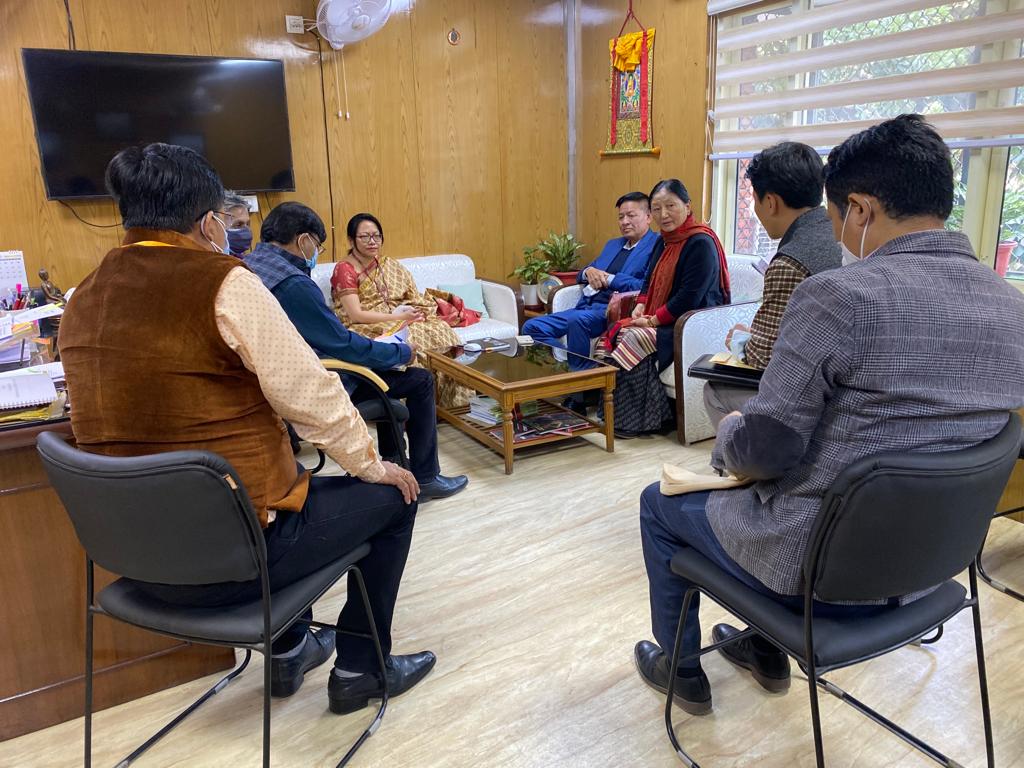 Visitors from CTA interacting with Ms L.S. Changsan at her office chamber