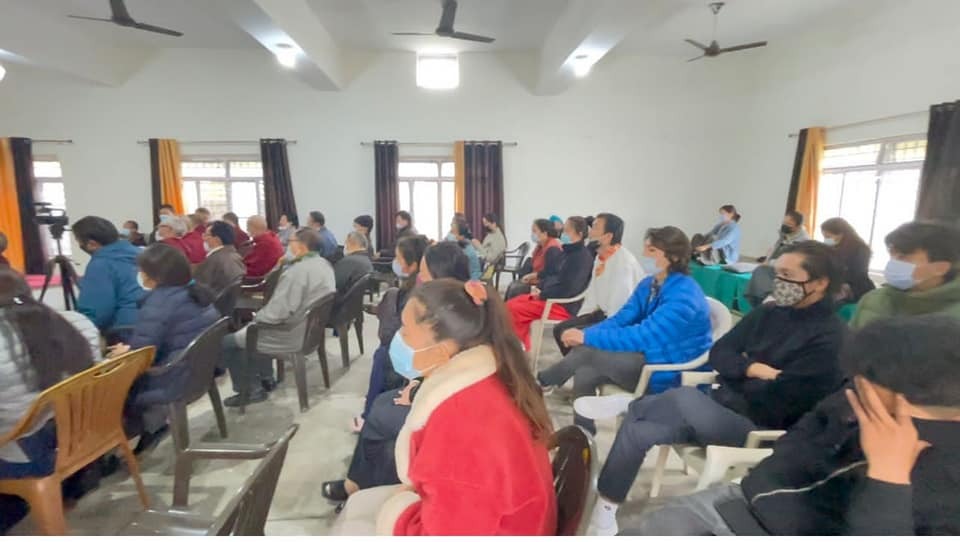 Glimpse of the gathering at Lingtsang Settlement

Dharamshala: On the third day of the official visits to Tibetan settlements near Dehradun, Sikyong Penpa Tsering was welcomed at Lingtsang Settlement after concluding his official visit to Dhondupling the previous day.

Sikyong gathered the small population of the Lingtsang settlement and addressed them. He initiated an hour-long talk with appreciations to the Tibetan residents for installing monasteries of all schools and Bon in the area despite its small size. Sikyong also appealed to carry on the Settlement’s tradition of manufacturing Tibetan religious instruments and materials to preserve the diminishing age-old traditions.

Following his remarks on the Settlement, Sikyong apprised the public about challenges in establishing a dialogue with China giving its treatment of Hong Kong, Taiwan and others. In spite of Beijing’s potent military and economic power, Sikyong felt the insecurity of the Chinese government at the moment by assessing their current policies. However, he assured the possibility of dialogue through the proper formulation of strategies by the newly created Permanent Strategy Committee, which contains smaller members than its predecessor. Informing the recent cases of schools and monasteries being destroyed inside Tibet, Sikyong added the urgency of resuming the Sino-Tibetan dialogue before Tibet is completely assimilated into Chinese. 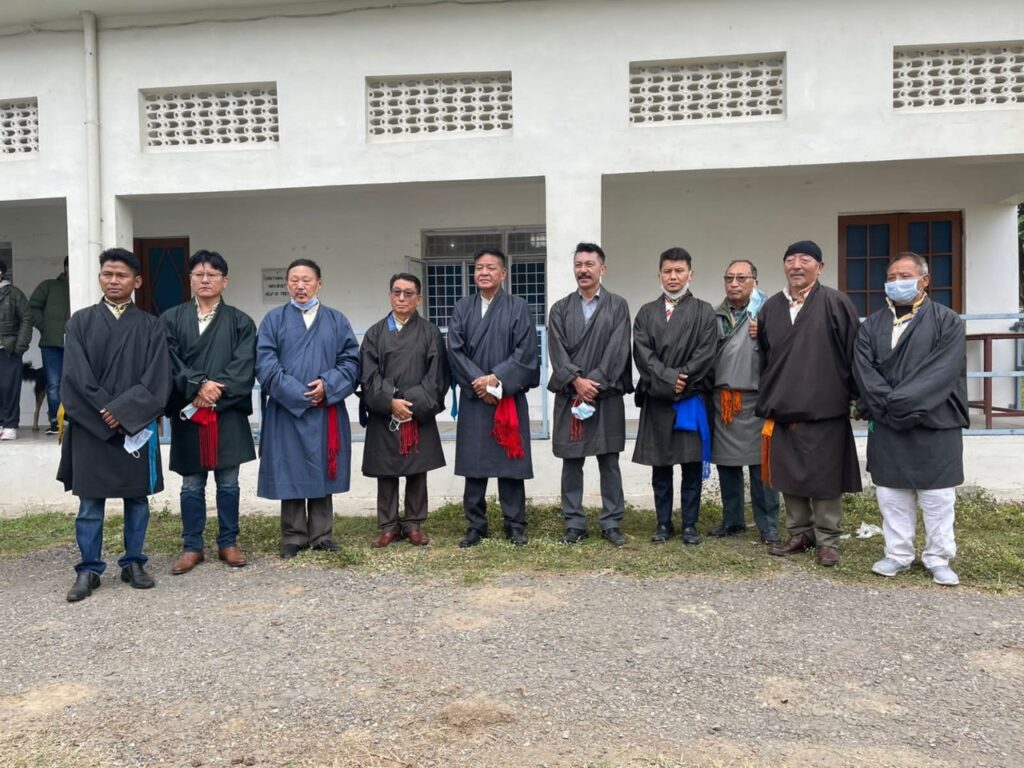 Group shot of Sikyong with heads of the Settlement

Sikyong informed the public about atrocities committed inside Tibet and the environmental destruction caused by CPC’s policies before proceeding to explain the 16th Kashag’s V-TAG initiative. Sikyong explained the objectives of the initiative and urged Tibetans to register. He also emphasised youths to learn more about Tibet and Tibet’s histories amidst the increase in western scholars publishing books on Tibet.

Drawing attention towards the issues of Tibetans in exile, Sikyong addressed the local Tibetans about the importance of a fresh population survey. Like other Tibetan settlements around Dehradun, the residents of Lingtsang were also briefed about the Sikyong’s official visits to Ladakh and parts of Northeast India.

The first event of the third-day official tour in Uttarakhand wrapped up with a question and answer session between Sikyong and the residents of the settlement. 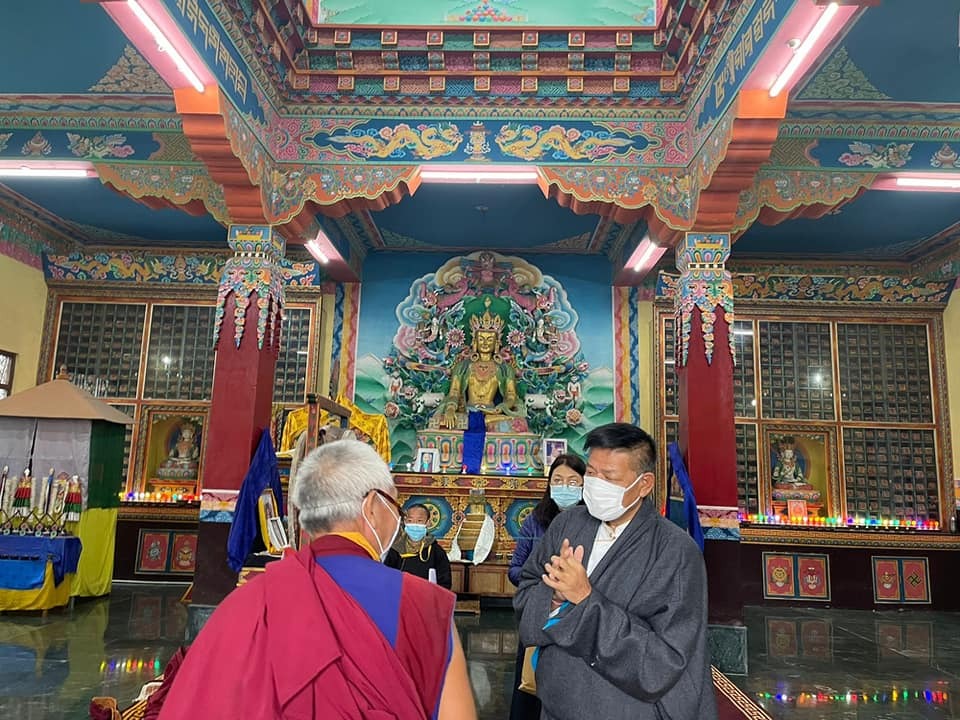 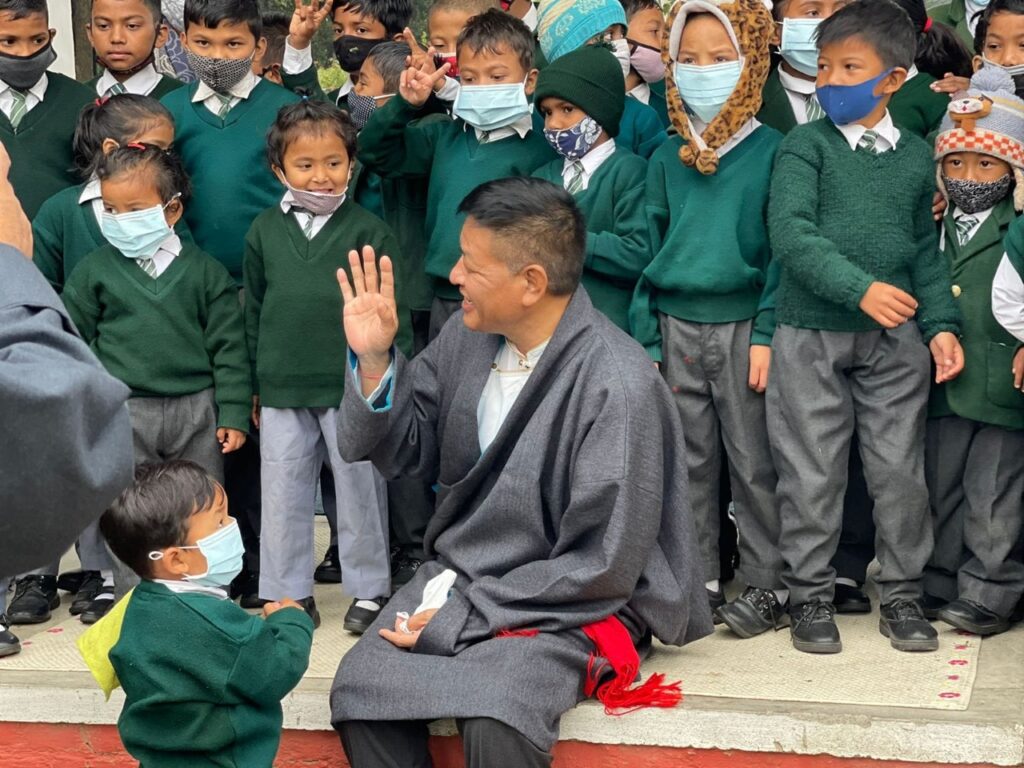 Sikyong Penpa Tsering surrounded by the students of the local school