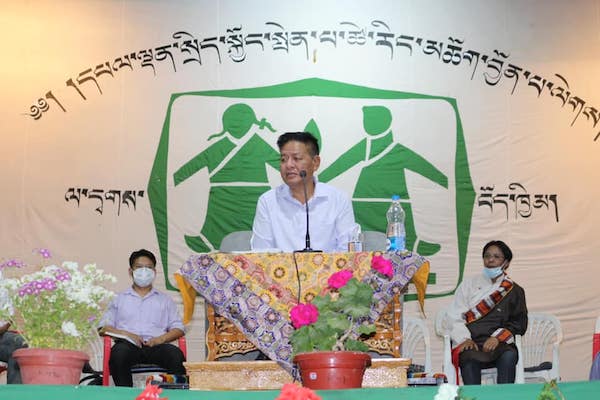 In his address to the students, Sikyong spoke about the importance of education and the emphasis placed on education by His Holiness the Dalai Lama and the elder generation of Tibetan people. He also highlighted the efforts of Tibetan luminaries such as Tsering Dolma and Jetsun Pema, the elder and younger sisters of His Holiness the Dalai Lama respectively for their immense contribution to Tibetan education through the work done by TCV schools.

“This is my first time addressing a school since taking the oath of Sikyong. Wherever I go, I specifically try to meet more youngsters. Therefore, when the schedule for this visit was being drafted, I requested them to include a meeting with Tibetan students,” Sikyong said as he began his speech.

“As you are all aware, the Tibetan Children’s Village (TCV) and the other Tibetan schools have been instrumental in advancing Tibetan education. This is all an outcome of the efforts of His Holiness the Dalai Lama. We should never forget that,” Sikyong said.

“It is only because of His Holiness the Dalai Lama that we have been able to establish Tibetan schools, Tibetan monasteries, and Tibetan settlements in India. If Tibetans have been able to come into exile in India without His Holiness, they would have been scattered across India and engaged in their own livelihood. Even the Tibetan language would not survive in such a scenario, let alone Tibetan Buddhism and culture,” Sikyong remarked.

“It’s difficult to imagine the situation of Tibetans if His Holiness the Dalai Lama has not been able to come into exile. Before His Holiness came into exile, the only regions with pockets of Tibetan communities were Darjeeling and Kalimpong. If what I heard was true, at the time, there was some talk of returning those Tibetans to Tibet. So, if His Holiness was not able to come into India at the time, those Tibetans that were already in India would have been sent back. New arrivals from Tibet would have been a distant dream. Just from this particular event, we can understand how important His Holiness the Dalai Lama has been to us,” Sikyong explained.

Sikyong also spoke briefly about the early days of the Tibetan exile led by His Holiness and the challenges endured by the Tibetans to preserve Tibetan culture and language.

“Meanwhile His Holiness started establishing Tibetan settlements. Most of the monks coming from Tibet were initially resettled at Buxa while the laypeople were resettled at Missamari. The weather was hot and completely different from Tibet and many perished due to heat. It was then decided to resettle the Tibetans in cooler climate areas such as Ladakh, Dalhousie, Manali, Shimla, Bomdila, etc.” he said.

“Most of the Tibetans of the time which include our parents and your grandparents were engaged in road construction work. Gradually, the Tibetans were resettled in the settlements. The first settlement was established in Bylakuppe. The settlement lands were covered in dense forest at the time and the trees need to be cut to make way for houses. Since the climate was much warmer and the parents were engaged in daily labor, the Tibetan children’s village (TCV) was established to look after the children by Tsering Dolma, the elder sister of His Holiness the Dalai Lama. The work of leading TCV was later followed by Jetsun Pema, the younger sister of His Holiness,” he remarked.

“These schools led by Jetsun Pema contributed a lot to the Tibetan community. The Tibetan parliament also passed a resolution to highlight her work and gave her the title Mother of Tibet. We should understand and be grateful for their hard work. The success of the Tibetan community in exile is because of the hard work of the older generation of the Tibetans like them who followed the guidance and vision of His Holiness the Dalai Lama,” Sikyong exclaimed.

Sikyong also spoke about the Middle Way Approach and the importance of studying Tibetan history particularly China’s policies in Tibet with regard to sinicisation, population transfer, human rights violations, territorial history, Tibetan environment, etc. “We are all spokespersons of the Tibetan movement. However, we need to learn Tibetan history to properly fulfill that role,” Sikyong reminded the students.

The next day on Saturday, 21 August, Sikyong offered prayers at Shey Monastery, Thiksey monastery, and visited the Sherab Skyadtsaling Library where Sikyong had an audience with Kyabje Thiksey Rinpoche. A welcome luncheon was also organised by Thiksey Monastery for Sikyong Penpa Tsering. 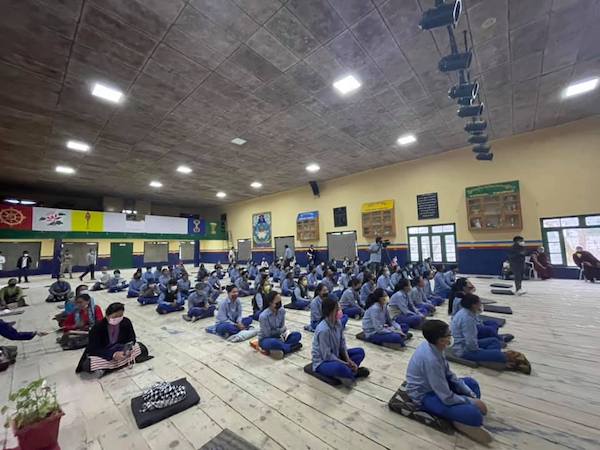 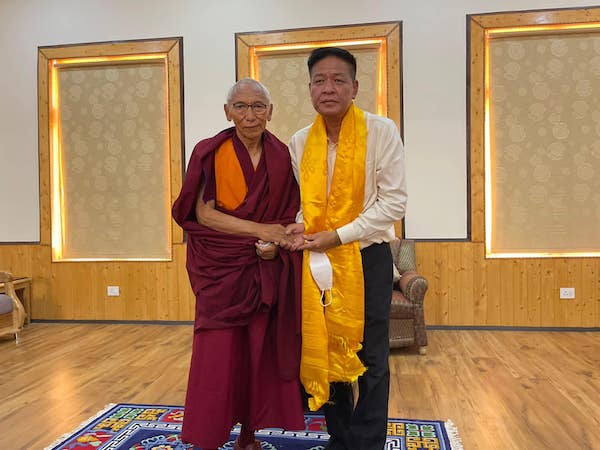 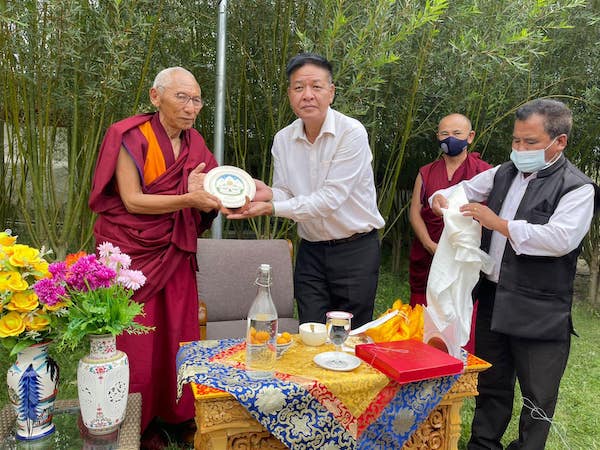 Sikyong offering an emblem of Central Tibetan Administration as a memento to Kyabje Thiksey Rinpoche 21 August 2021. 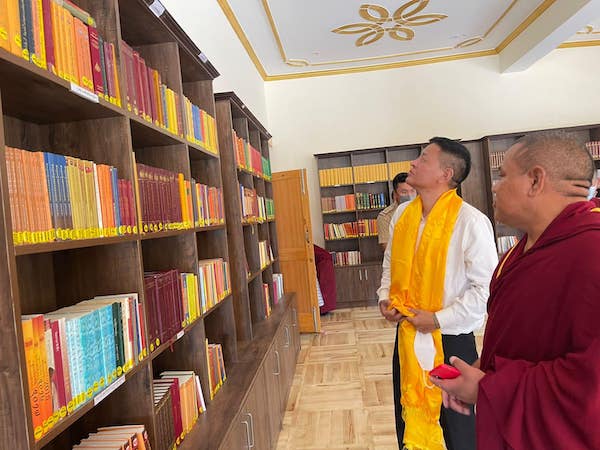