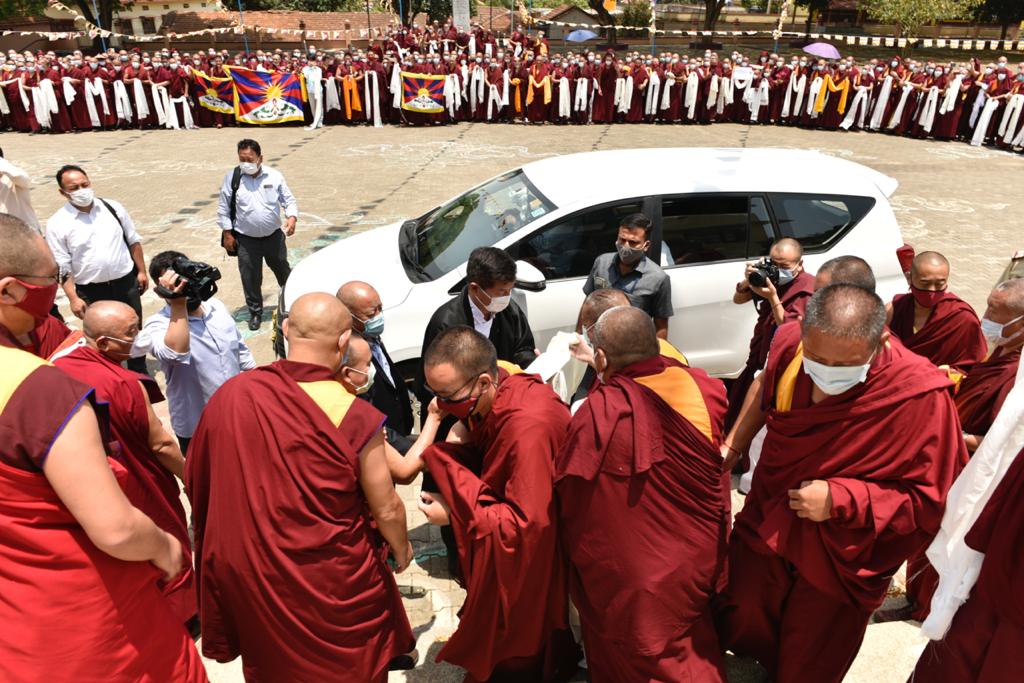 Sikyong accorded a warm reception upon arrival at the Sera monasteries. Photo/Tenzin Wangchuk/CTA

Bylakuppe: In his address at the Sera monastery, Sikyong Dr Lobsang Sangay spoke in a freewheeling talk summing up his 10-year legacy recounting his singular achievements.

He talked about the sanction of loans for the development of monasteries which he noted brought an initial fear that such a large sum of about 10 crore-loan could result in getting defaulted. However, he added that the loan was repaid in full calling it the validation of his trust in the public which also enabled the funding of housing facilities for Tibetans who arrived in India.

Sikyong Dr Sangay also linked the importance of the Buddhist approach of cultivating equanimity, especially from his own experience as a public servant who constantly faces public scrutiny, both positive as well as negative and how the rational approach helps him overcome the challenges and carry out his duties regardless of public opinion throughout his 10-year tenure.

He spoke about the spiritual appeal of Tibetan Buddhism which has flourished in exile through the efforts of the Tibetan monastics and lay public, reestablishing the sacred religious institutions beginning with one of the first established in Buxar to the spiritual mecca that we have today, inspiring ardent followers across the world, leading to close spiritual and cultural bonds not only with India but also with international Buddhist organizations as well. This has enabled the Tibetan cause to enjoy great support among the government as well as the public, evidenced by the opinion polls which indicate high favorability for the Tibetan movement regardless of triggering China’s displeasure.

In reference to the tumultuous times when His Holiness the Dalai Lama stepped down from political responsibilities in 2011 creating a leadership vacuum and causing mass public hysteria, Sikyong noted how his own candidacy for political leadership was seen as unrealistic by veterans on account of his relative youth and political inexperience.

However, after serving ten years and on the verge of completing his final months in office, he expressed his confidence in having served the Tibetan cause and the aspirations of the Tibetan public wholeheartedly and to the highest of his abilities, surpassing all criticisms. 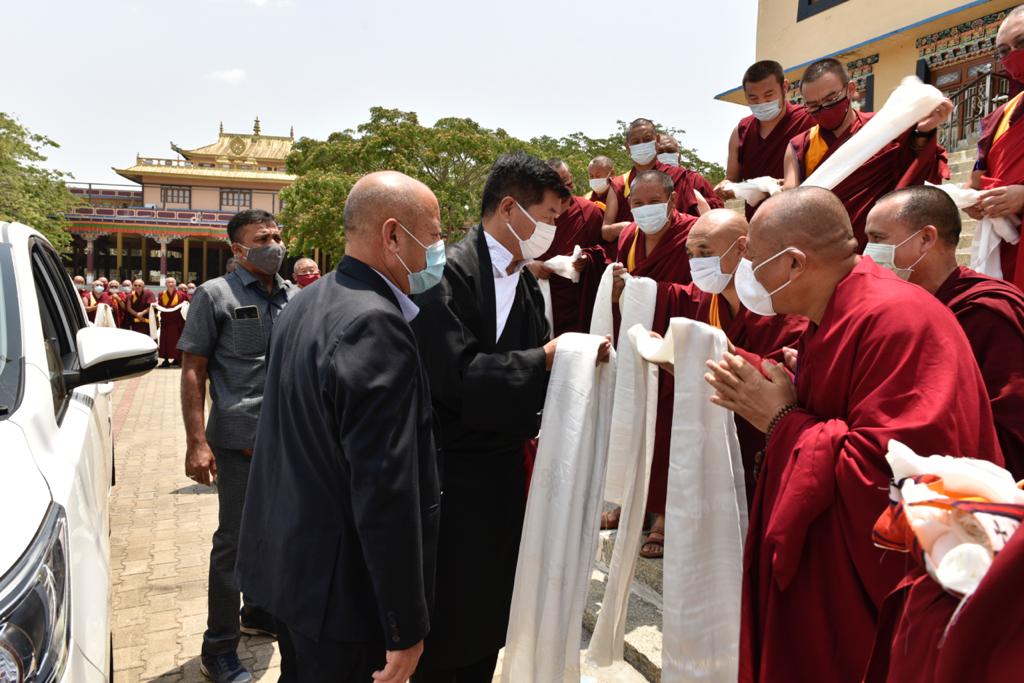 Greeting the monks gathered at the front courtyard. Photo/Tenzin Wangchuk/CTA 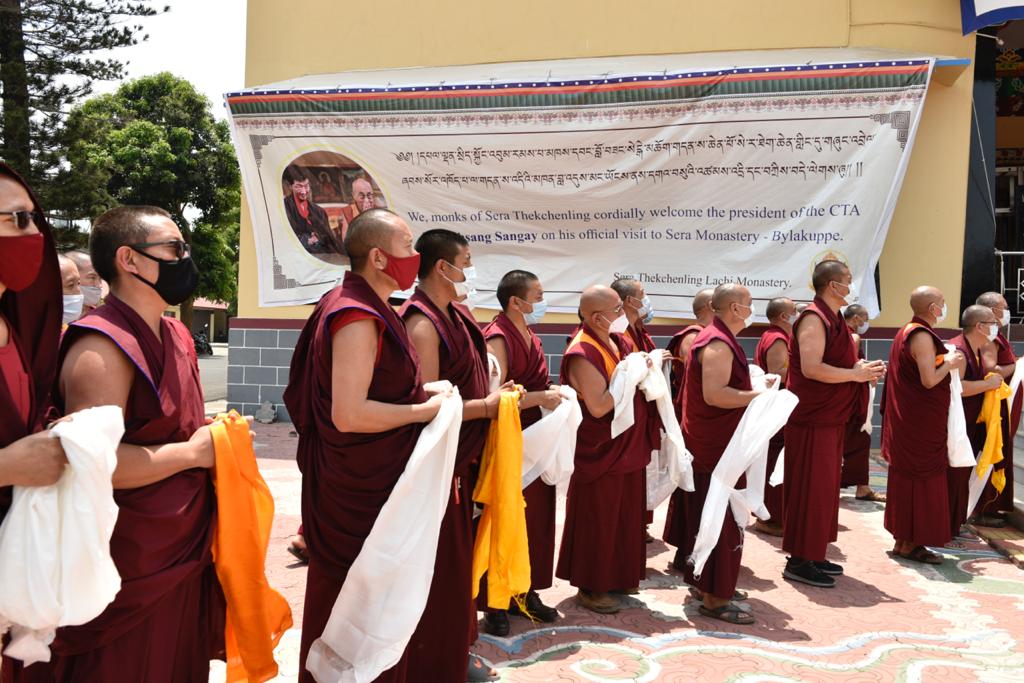 Monks at the Sera monasteries waiting to receive the Sikyong. Photo/Tenzin Wangchuk/CTA 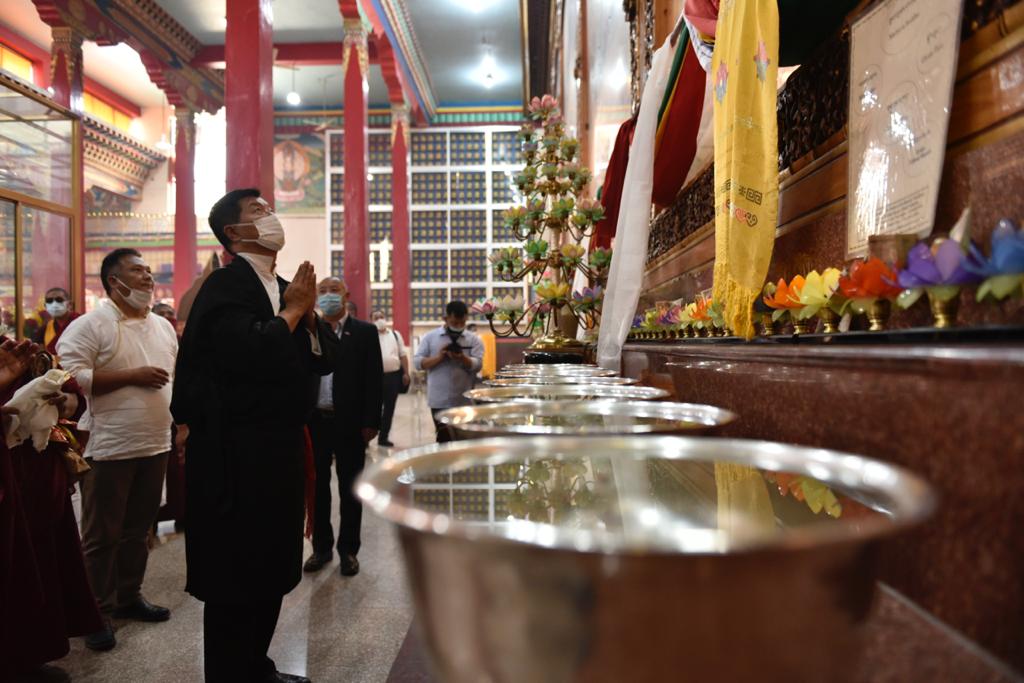 Sikyong folds hands in a mark of devotion before the deities. Photo/Tenzin Wangchuk/CTA 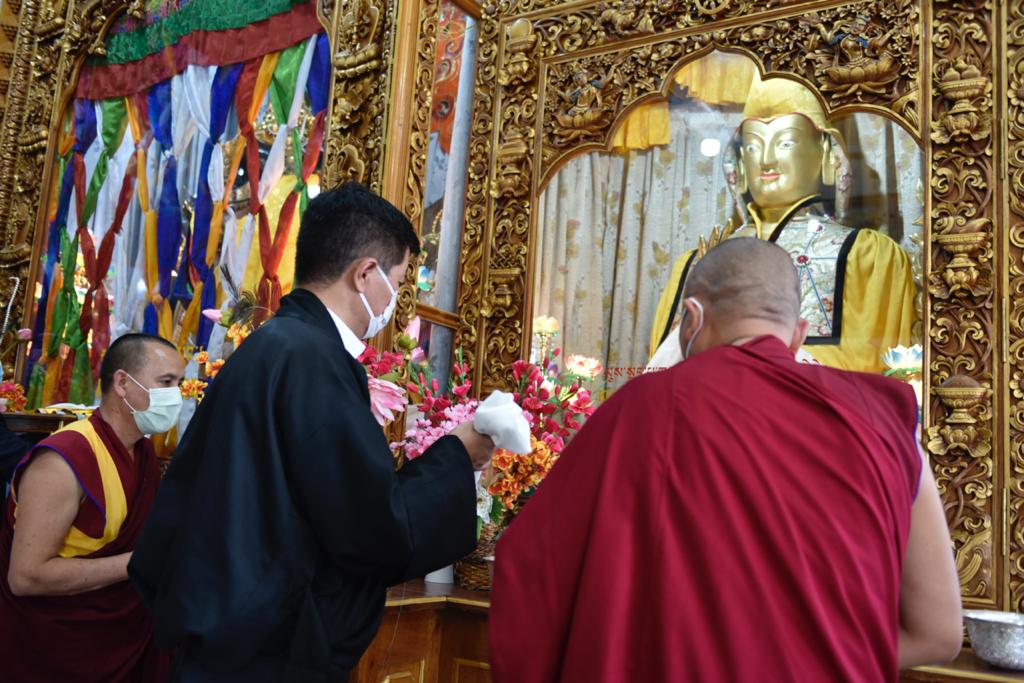 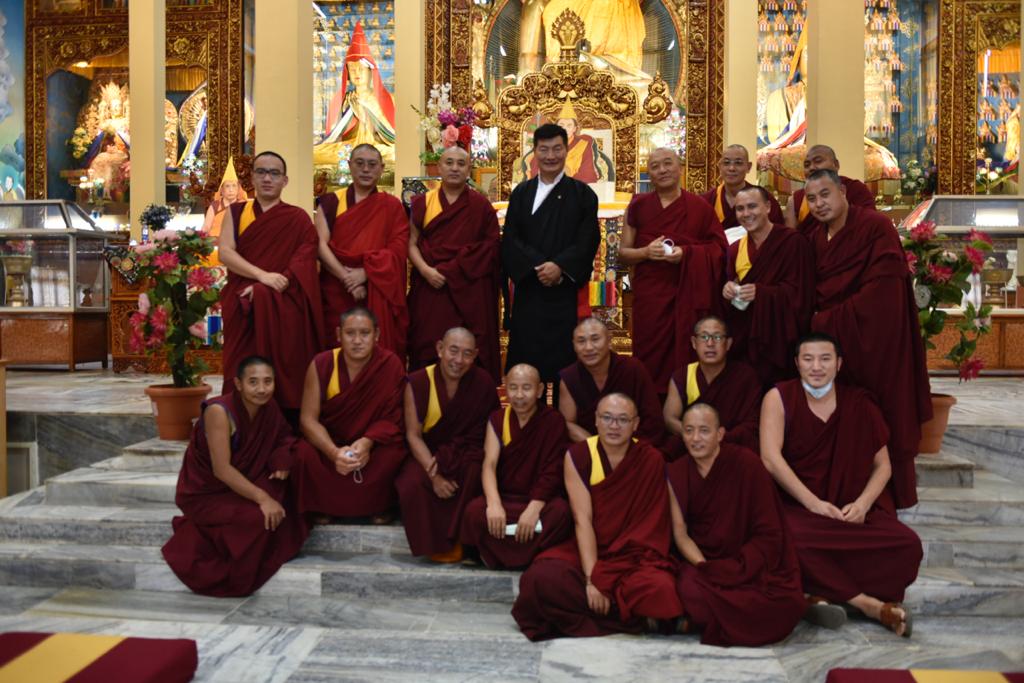 With a group of monks in the inner courtyard. Photo/Tenzin Wangchuk/CTA 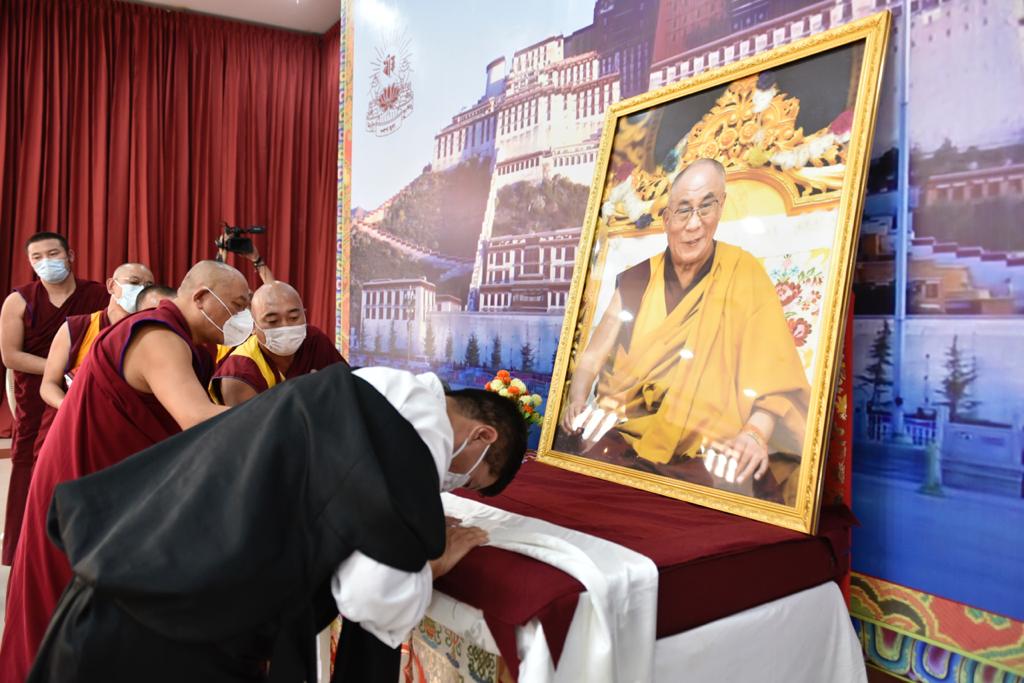 Bowing in reverence to the portrait of His Holiness the Dalai Lama. Photo/Tenzin Wangchuk/CTA 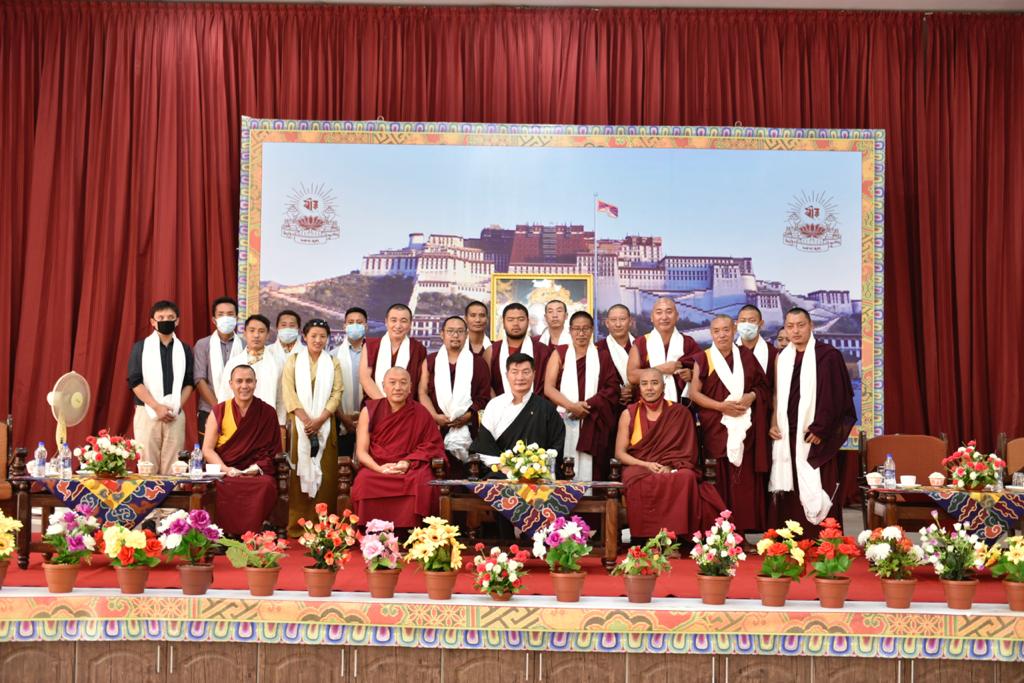 With a group of monastic and lay scholars. Photo/Tenzin Wangchuk/CTA 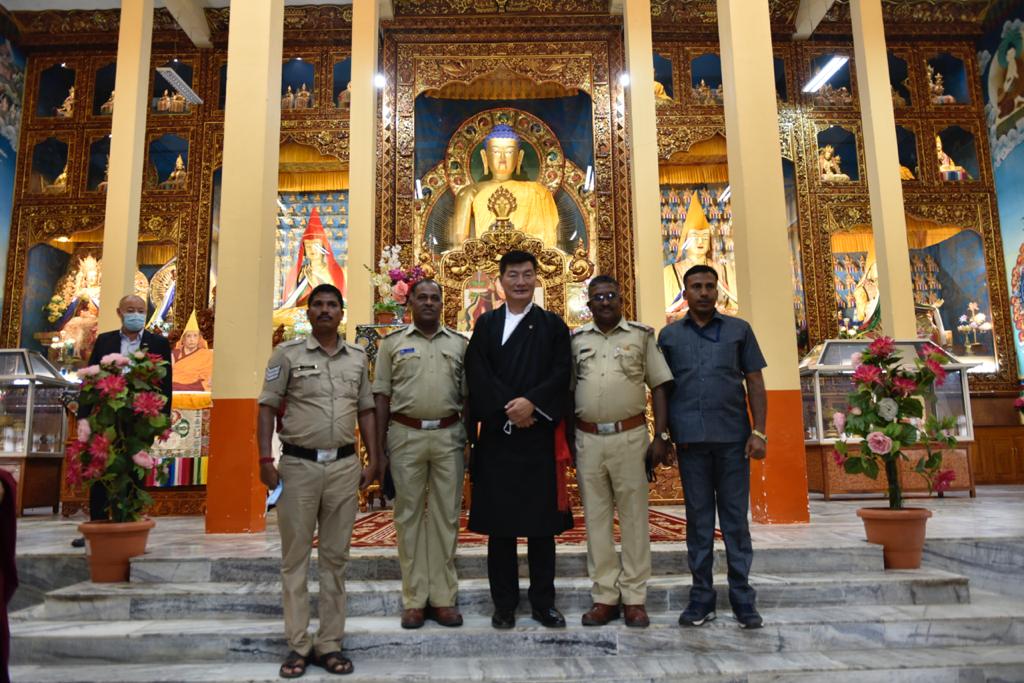 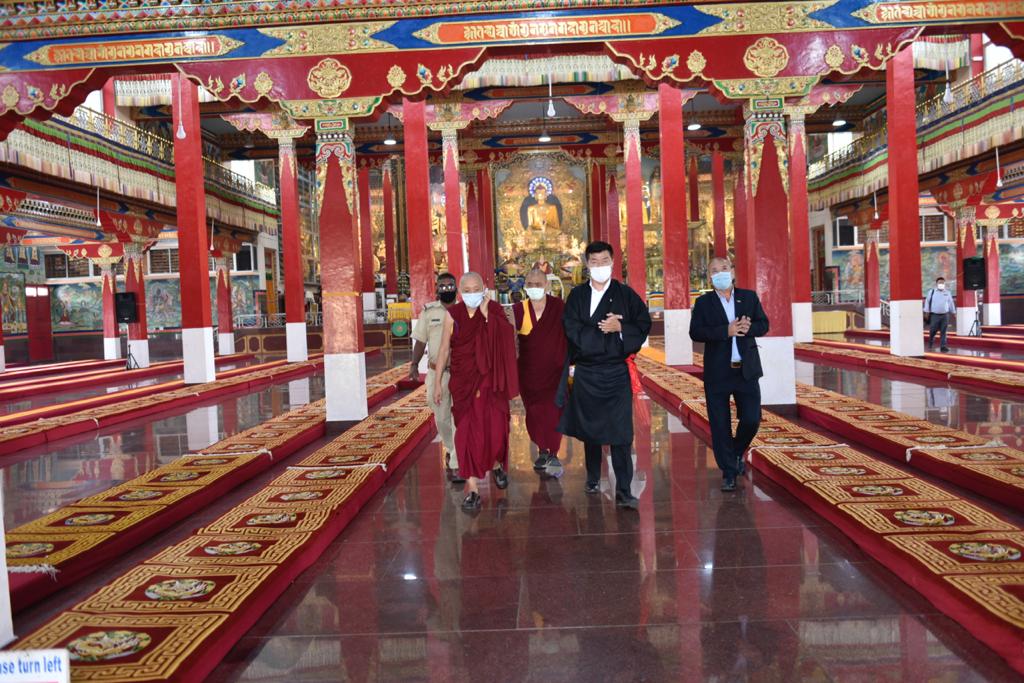