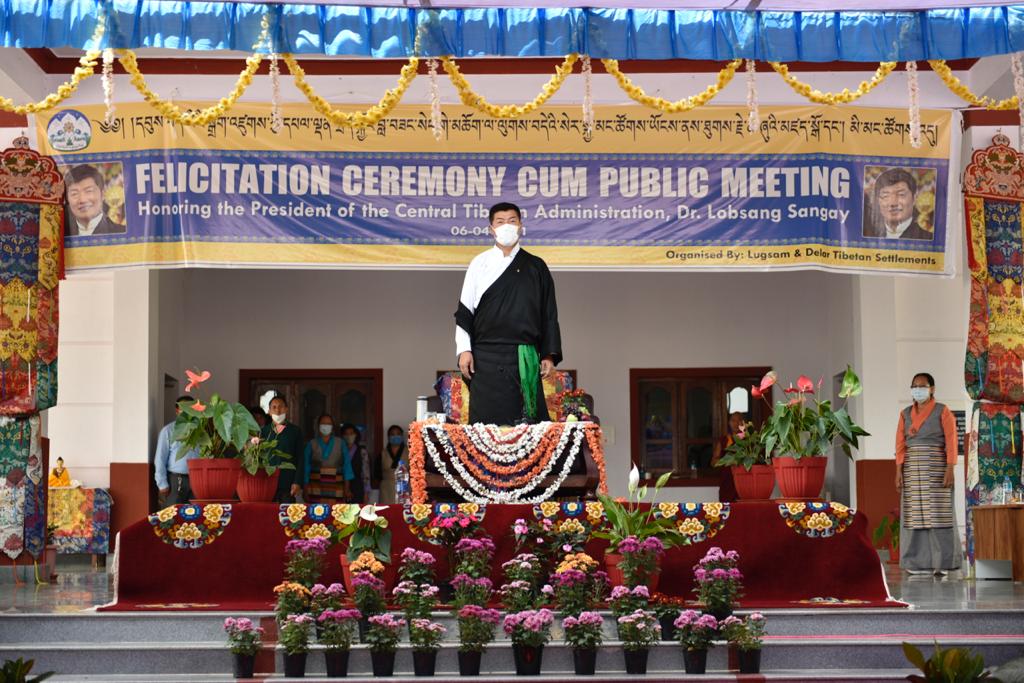 Sikyong presides over the felicitation ceremony held in his honour. Photo/Tenzin Wangchuk/ CTA

Prior to his meeting with the general public at Phodrang ground, Dr Sangay called on His Eminence the 104th Ganden Tripa at the latter’s residence. During the short meeting, Dr Sangay briefed His Eminence of the major projects accomplished by his cabinet over the last ten years. His Eminence in his response offered his appreciation and good wishes to Sikyong and urged him to continue to be of service to the Tibetan people.

In his address to the general public, Sikyong talked about a range of issues relating to his two-term tenure as the Sikyong of the Central Tibetan Administration particularly highlighting the passage of the Tibet Policy and Support Act 2020.

He pointed out the significance of the bill in acknowledging the Central Tibetan Administration and the Sikyong as the legitimate representative of Tibetans, giving Tibet recognition at par with the rest of the countries.

“Today, the Tibet Policy and Support Act of 2020 has given a renewed global spotlight to the Tibet issue,” Sikyong said of the TPSA prompting applause from the audience.

Dr Sangay also remarked that his cabinet was able to achieve significant milestones despite uncertainties and fear cast over his cabinet when Dr Sangay took the political leadership following His Holiness the Dalai Lama’s relinquishing of his power to the elected leadership in 2011.

“His Holiness at the time of my oath-taking ceremony expressed the fulfilment of his long-cherished desire. Today, looking back at the last ten years and as I near the completion of my 2nd term as the Sikyong, I think I have fulfilled the long-cherished desire of His Holiness,” Sikyong remarked adding that his administration has overcome challenges in regard to education, finance, political leverage, culture, welfare, and infrastructural development. He contended that he is proud to pass on the mantle of CTA leadership to the next Sikyong.

Dr Sangay will address the monastics at Namdroling monastery later in the evening today. 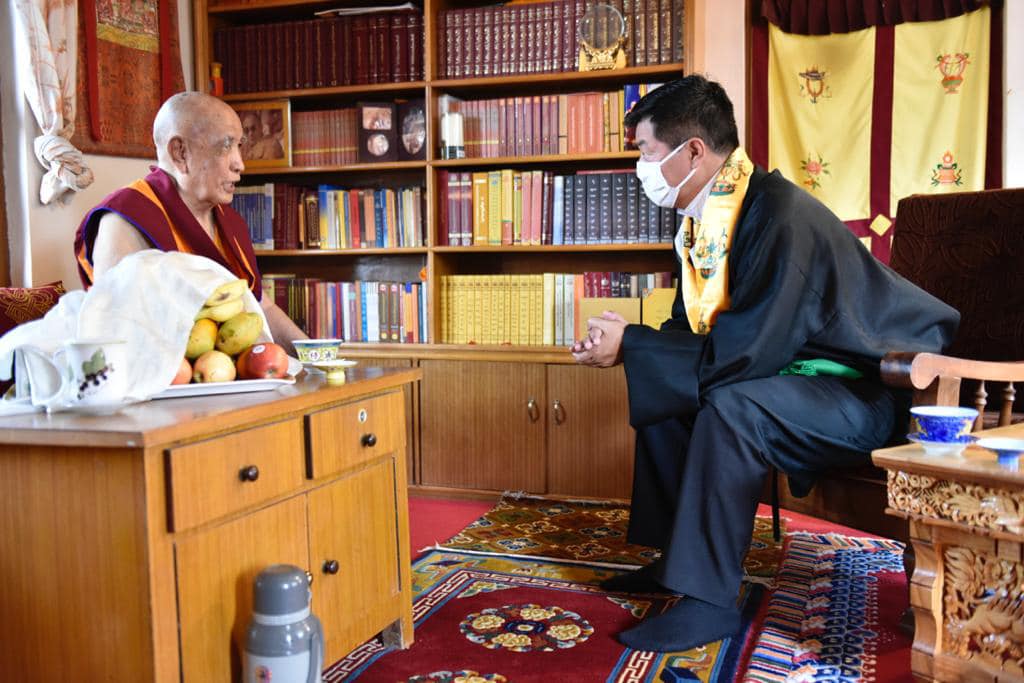 An audience with His Eminence the 104th Ganden Tripa at his residence before proceeding to meet the general public at Phodrang in Bylakuppe on 6 April 2021. Photo / Tenzin Wangchuk / CTA 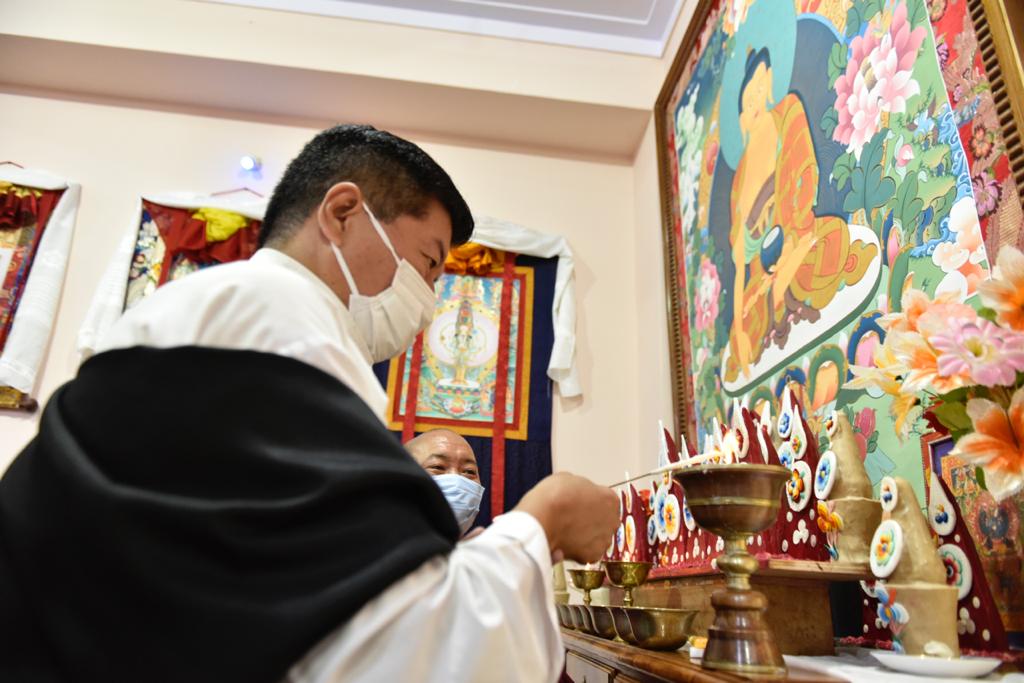 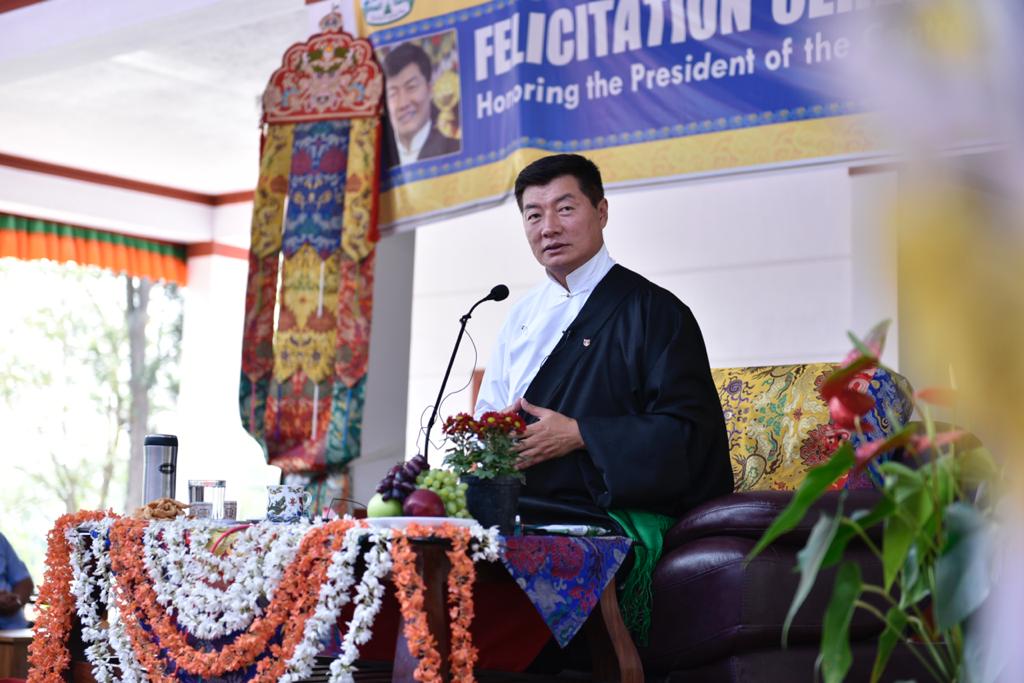 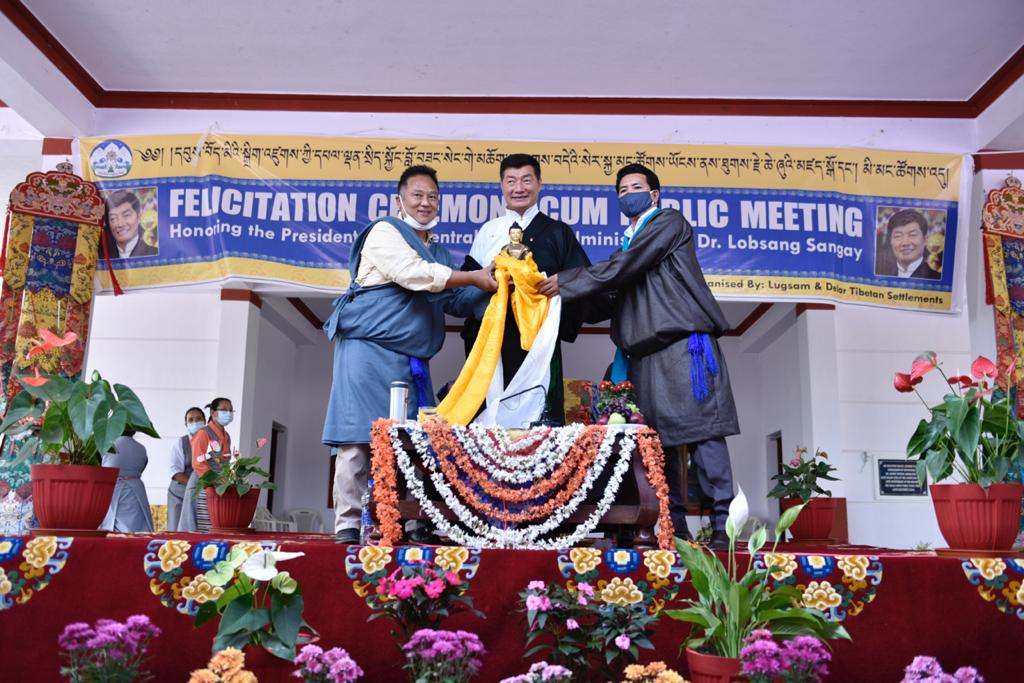 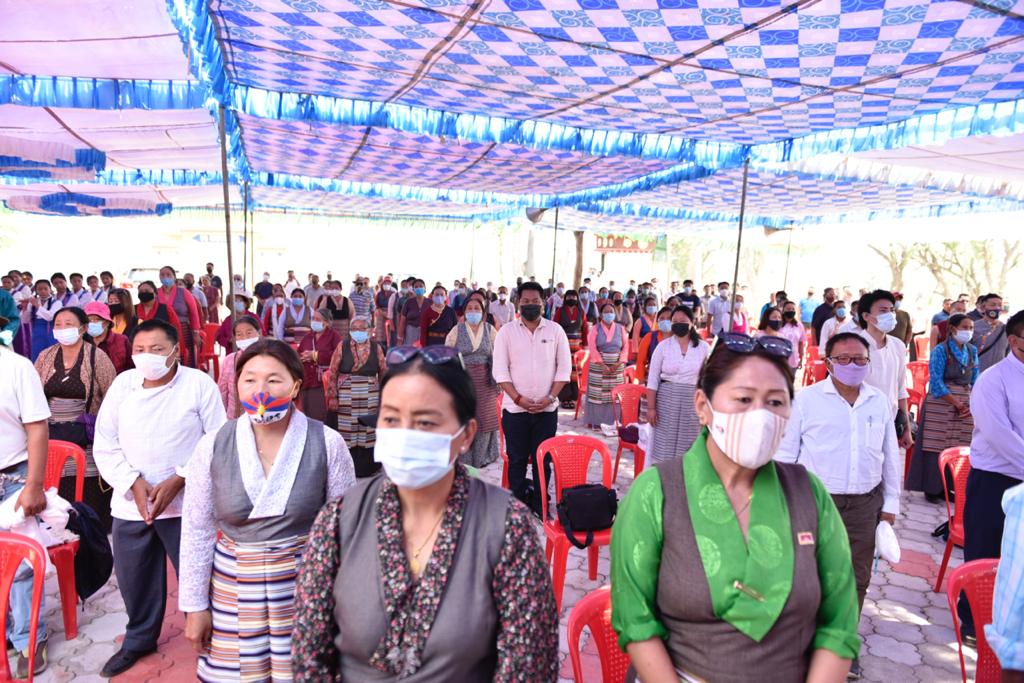 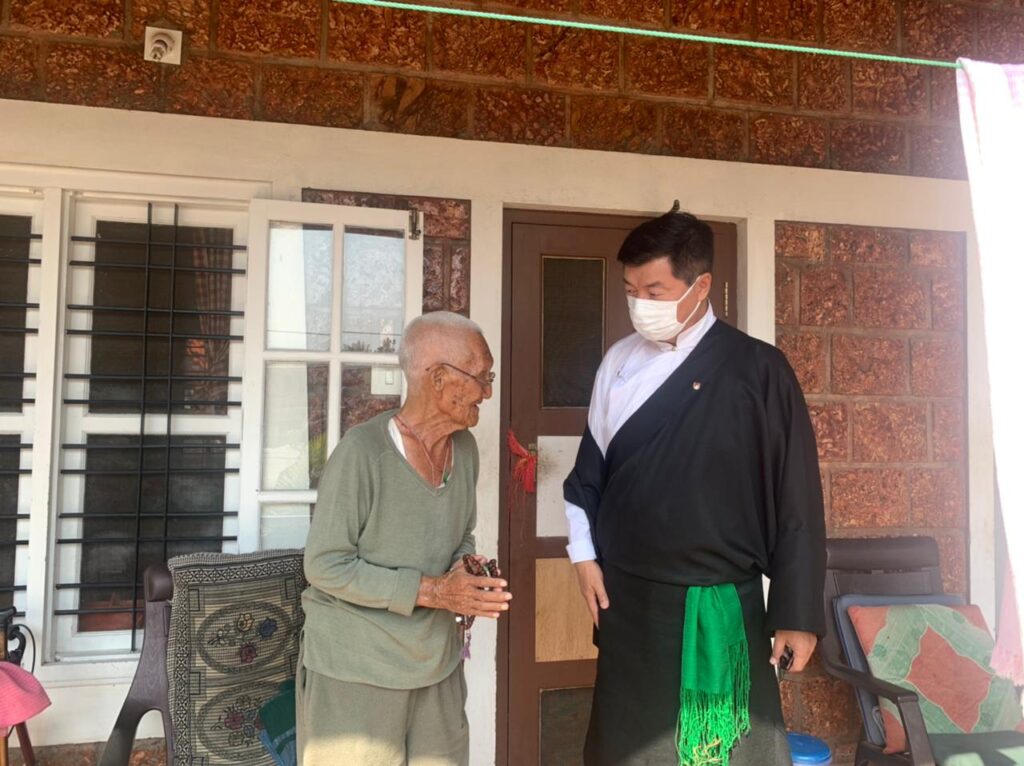 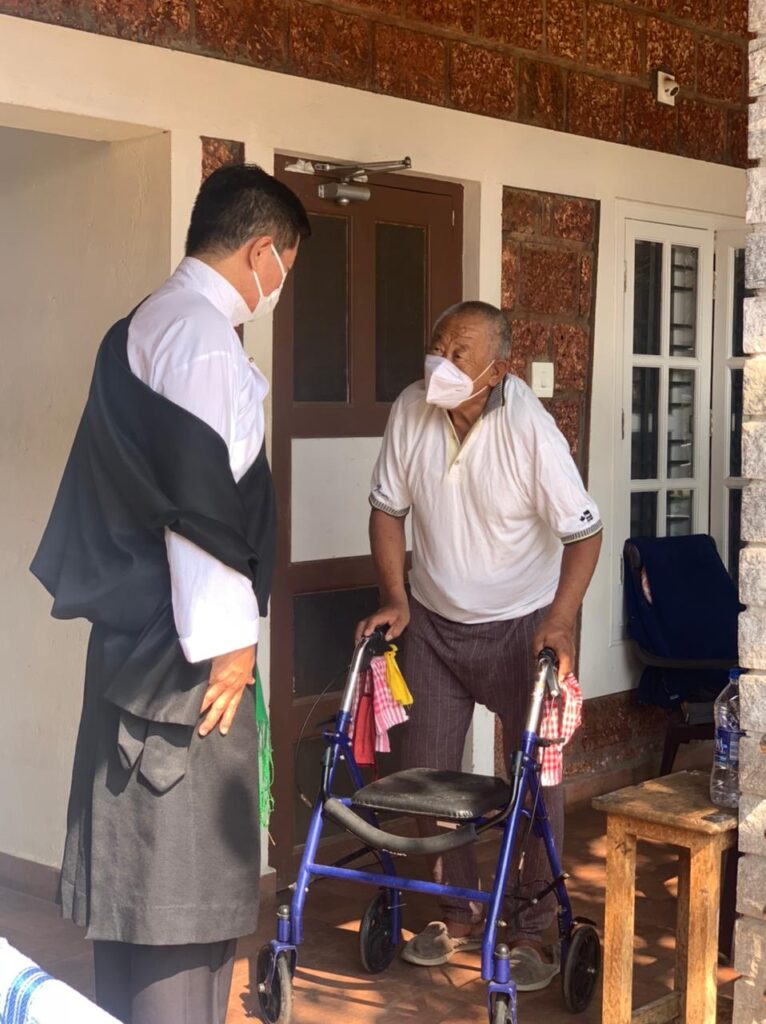