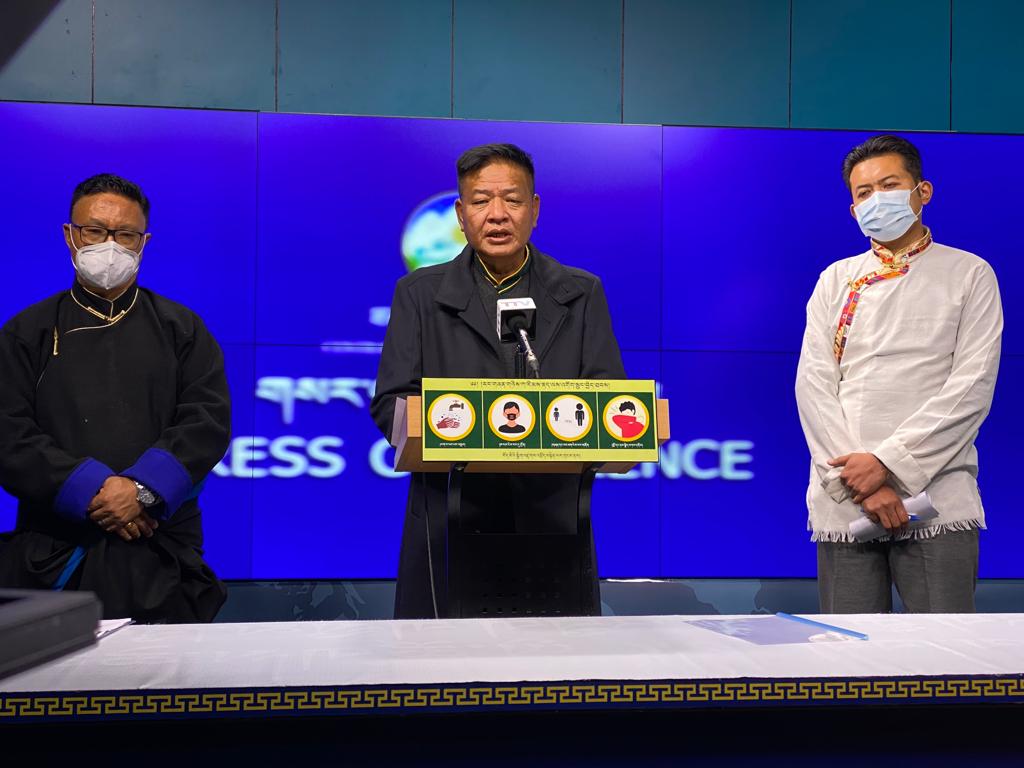 At the 93rd Covid-19 Briefing, Sikyong along with Health Secretary Palden Dhondup and Dr Tsundue of Delek Hospital urged collective efforts and contributions in the fight against the possibility of the third wave which according to experts might already have begun in the wake of rapidly increasing Covid cases across India.

On a positive development front, Sikyong pointed out that the Tibetan community was nearing its vaccination coverage target, crediting it to collective efforts and joined forces of the administration, Mentseekhang, Delek Hospital, Monastic institutions, NGOs, and individuals.

The emergence of a new variant Omicron which is gradually spreading in India has caused widespread concern given the limited number of available studies on the variant. The only known fact of which remains to be that the variant is highly transmissible but not as severe as the other variants detected till now.

However, the sudden sharp increase in the cases even as the Covid situation remains stable are viewed by experts as an indication of the start of the third wave. In order to avoid repeating the catastrophe caused by the second wave, several state governments have begun imposing curfews and travel restrictions.

As such, the Central Tibetan Administration also urges fellow Tibetans to adopt a few new guidelines including celebrating the coming Tibetan New Year in a modest way possible as opposed to the usual large and extravagant celebration.  Moreover, he appealed to the Tibetans to restrict unnecessary travelling during the peak months of February and March. Sikyong also urged Tibetan sweater sellers to acquire mandatory negative RT-PCR  before entering the settlements.

“We remain steadfast in our commitment to achieve 100% vaccination coverage in the community,” Sikyong remarked. In addition, he said that any monetary assistance needed in acquiring vaccines or essential products will be aided by the administration.

Health Secretary apprised some of the recent activities of the administration’s Taskforce committee following the emergence of omicron cases in India. He explained that meetings were frequently held with school authorities and settlement heads to educate about the new variant as well as to elucidate on the registration of children between the ages of 15-18 for Covid vaccination.

So far,  within a short span of vaccine rollout for children in India, around 600 Tibetan children between the age group of 15-18 were successfully vaccinated with Covaxin as Health Secretary informs.

“It is extremely important that we mobilize strong cooperation, join forces and work together to combat the Covid-19 and its variants” noted Secretary Palden Dhondup.

Alerting on the escalating positivity rate in India, Dr Tsundue laid down five key points of advice that would potentially stop the spread of the Covid virus and its relative variants. He emphasized mandatory testing on the appearance of symptoms, immediate treatment, contact tracing, vaccination, and finally, adoption and adherence of Covid precautionary and safety measures as the sure-fire way to tackle the global pandemic.